Posted by Michael Avery in Bizarre On 20th April 2018
ADVERTISEMENT

We all have seen one of those pictures that you just can't figure out an explanation for. You look at them and they are just too crazy to understand. I have gathered together a few such photos for your viewing pleasure. Can you figure out what's going on? 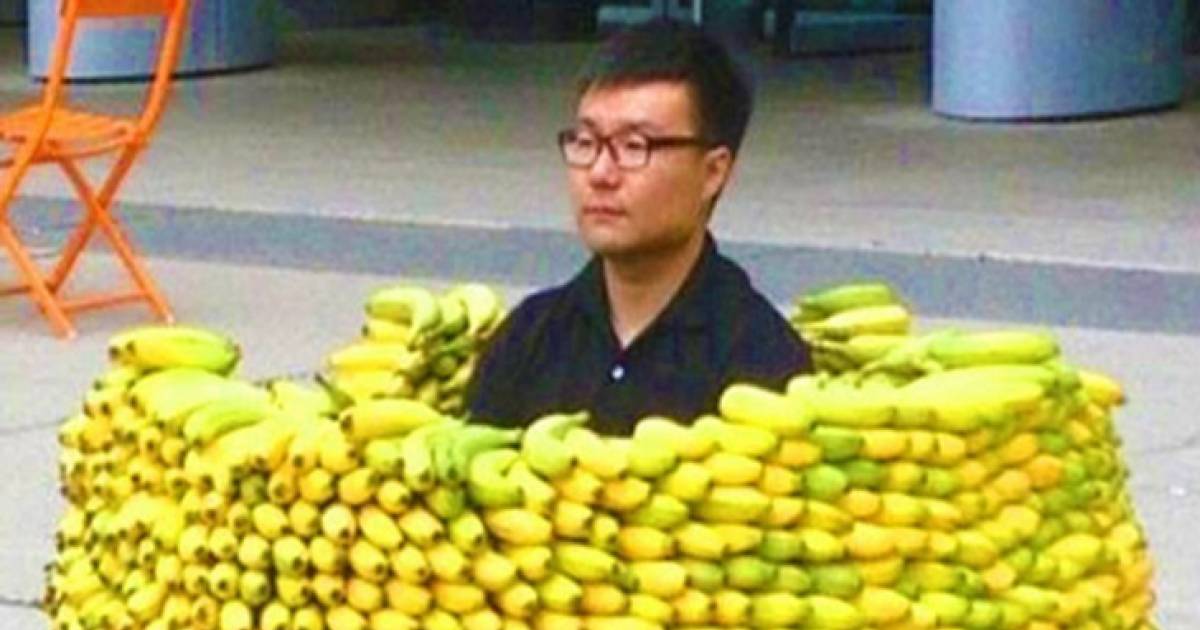 I am at a loss with this one. Every time I see it just gets stranger and stranger. From the bikini-clad man in a wig and high heels to the guy in the wheelchair toting those assault rifles, it's just too strange to explain. 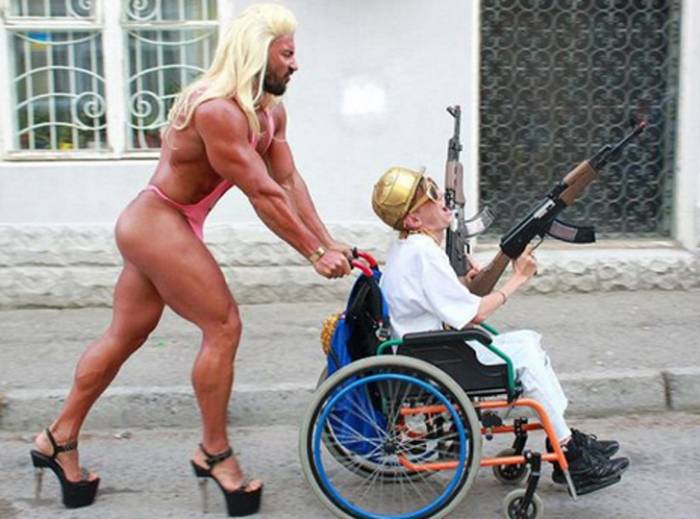 I can't figure out for the life of me what's going on here. I know some kind of documents are being signed but whats up with the women in the crazy costumes. My head hurts trying to figure this one out. 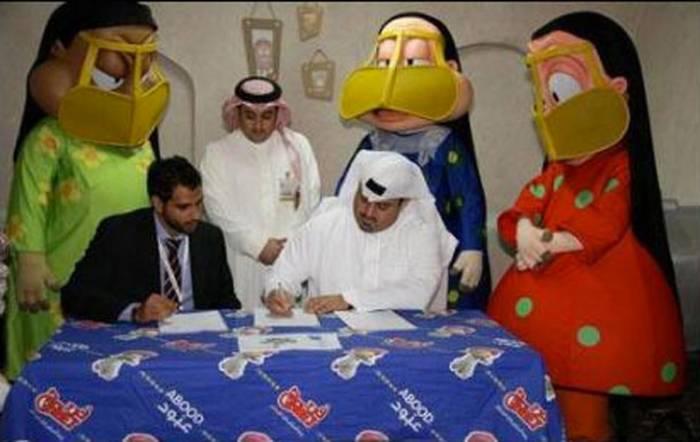 Maybe she's trying to sell her rather round booty in place of the balls that are normally in that display for $2.88. Who knows, gotta admit she's kinda hot though. Too bad I still can't figure out what's going on here. 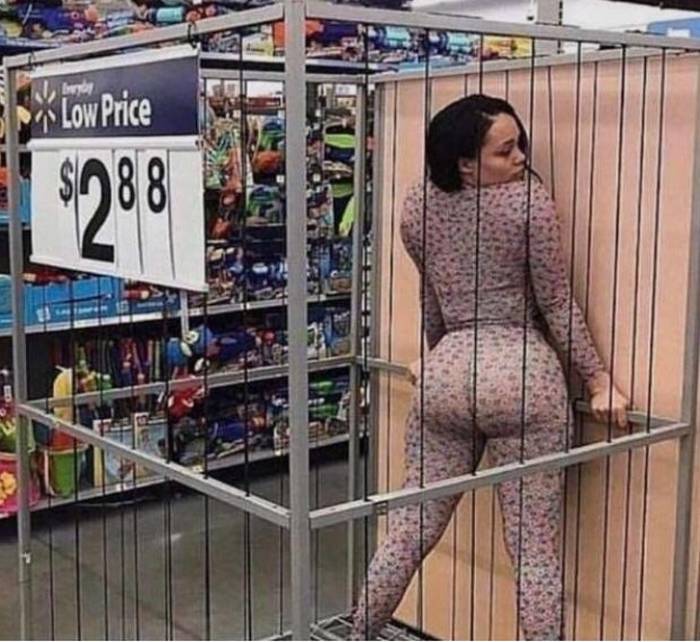 #4 Eggscuse me, sir. Where are you going?

This guy is a real eggspert at driving his motorbike through town. Look at the way he carry's all of those eggs. He is the very model of eggcellence. Okay, I am done with the egg puns. 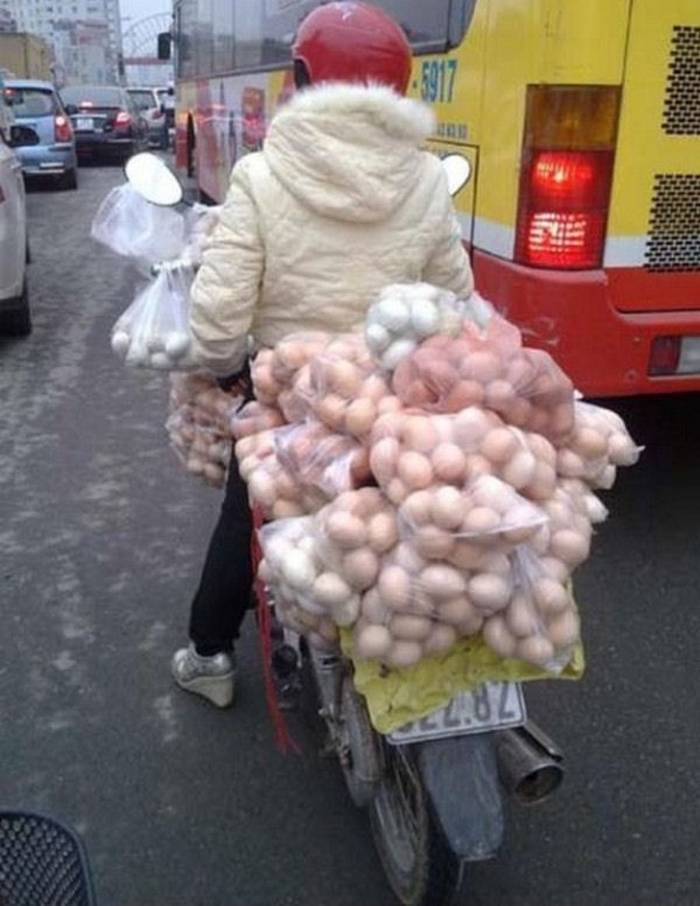 I have heard of adults building forts before but never a banana fort. This is just too weird. There has to be some kind of backstory to this one that the picture just doesn't convey. 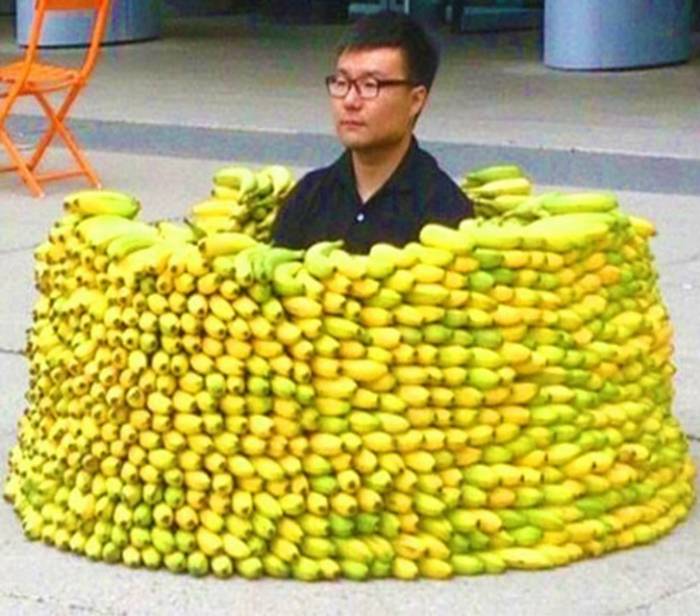