Posted by Abdul Rafay in Funny On 11th May 2021
ADVERTISEMENT

A DIY-savvy student exacted vengeance on his next-door neighbor for replacing his comfortable mattress with an old one by covering her entire room in tin foil, even wrapping her sex toy. When Nat Openshaw, from Tring, Hertfordshire, traveled home from Nottingham to visit family in Sandbach, Cheshire, he jumped at the opportunity to teach his uni pal Katy Hughes a lesson about leaving her bedroom door unlocked. 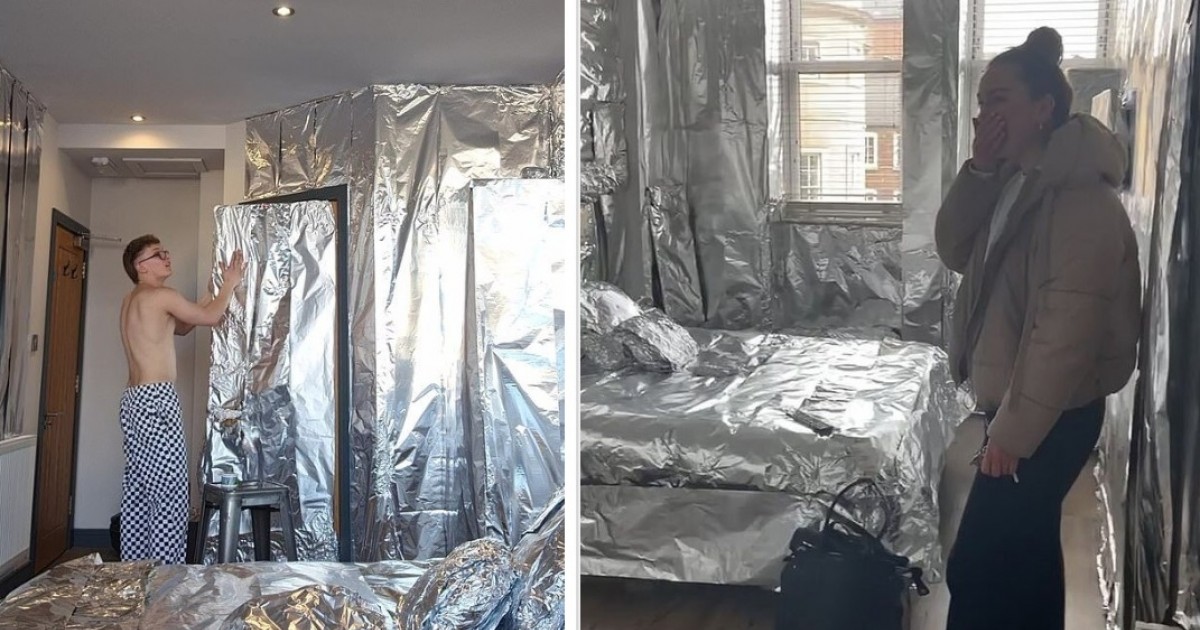 A resourceful student attempted to make amends with a roommate by covering her entire room in tin foil, including one of her sex toys.

Nat Openshaw jumped at the opportunity to get one over on Katy Hughes, a Nottingham Trent University classmate, by showing her the importance of keeping your room locked at all times. 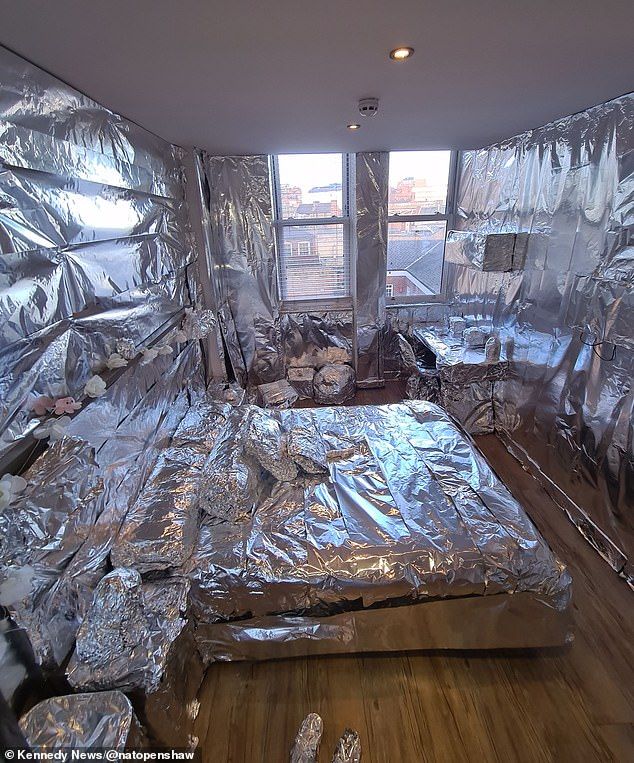 It was also the ideal opportunity to reclaim her after she replaced his soft foam mattress with an old spring mattress from another resident.

Last month, the 21-year-old hit when his pal was visiting her relatives in Sandbach, Cheshire. 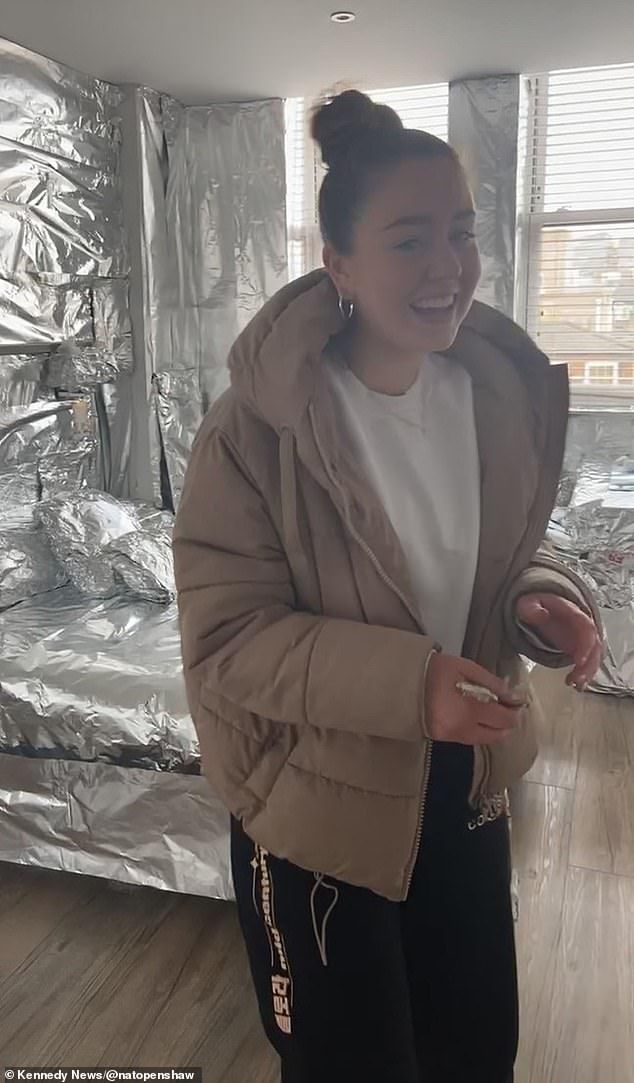 Nat, who lives above Katy, spent over five hours decorating everything from her toilet to every wall with 20 to 18-meter-long rolls of tin foil while she was away, and then recorded it all to post on TikTok.

Returning to her room five days later, Katy said 'it felt like she was in a bad dream', but Nat justified targeting her because she's like a magpie who loves shiny things.’ 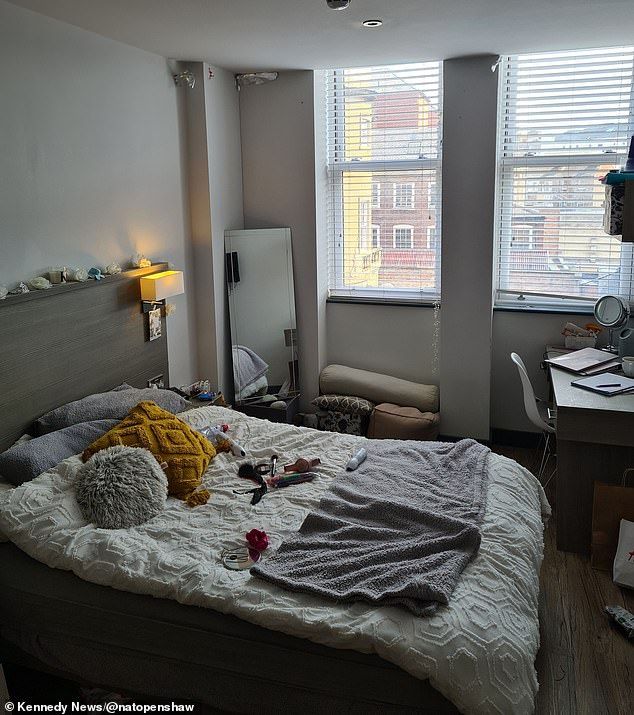 Nat, from Tring, Hertfordshire, said: "They never really lock their flat doors, so I knew her room would be unlocked for about a week or so and wondered what I could do.”

"I realized that it's quite a hard, flat room. There are no soft furnishings, so I thought I'd cover it in tinfoil. I Googled it and there was a how-to, and I'm quite handy with DIY so I thought I could easily do this.” 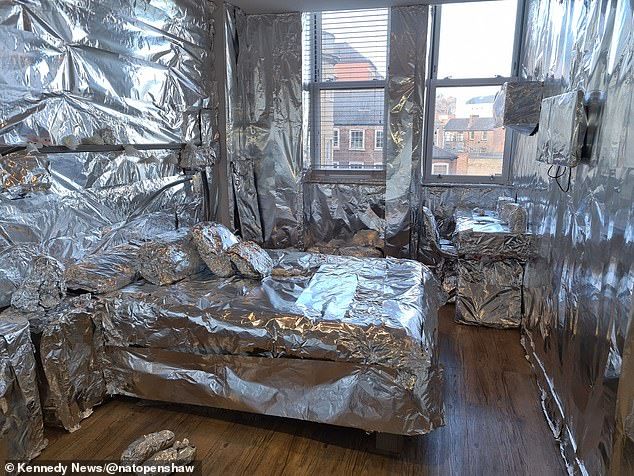 "The walls were quite easy to do because they were flat and straight, but the hardest bit was doing the bed and I had to get some help on that.”

"Katy wasn't very happy [about the dildo's involvement]. But I thought, 'why not?', because it'd make the video funnier and I wasn't going to spare her the embarrassment of leaving it out.” 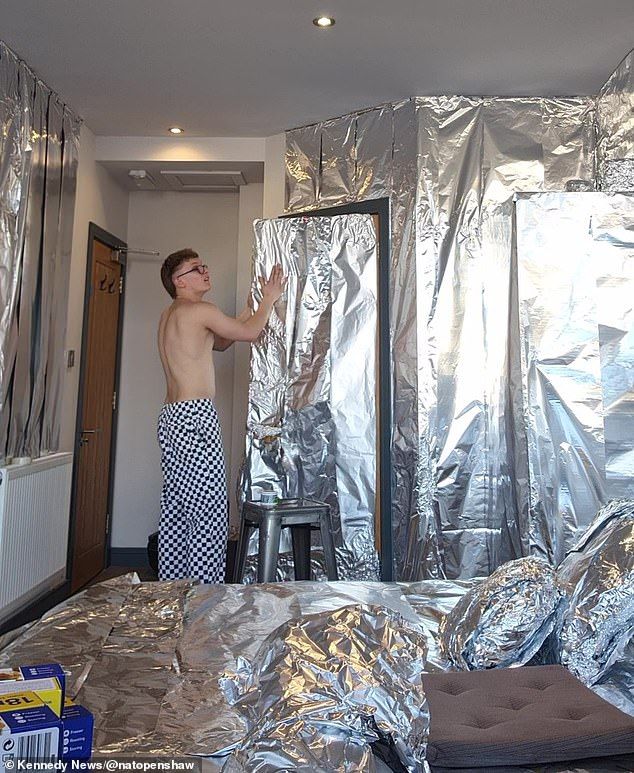 "Seeing her reaction made it completely worthwhile. She was more in a state of shock than anything.”

He added: "[Katy] pranked me at the beginning of the year when we all had different mattresses. It was like a lottery." 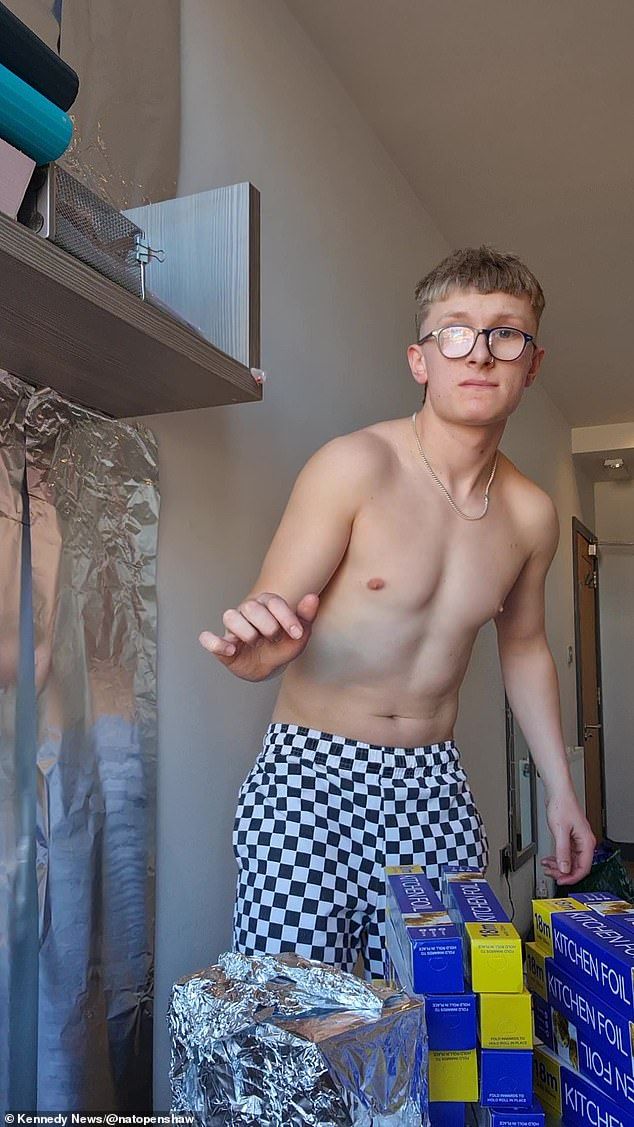 Katy, who is pursuing a master's degree in digital marketing, claims that the fight is far from over.

She said: "I was so shocked. I just didn't think anyone would go in there, but obviously, I was wrong. I've learned my lesson to lock my door.” 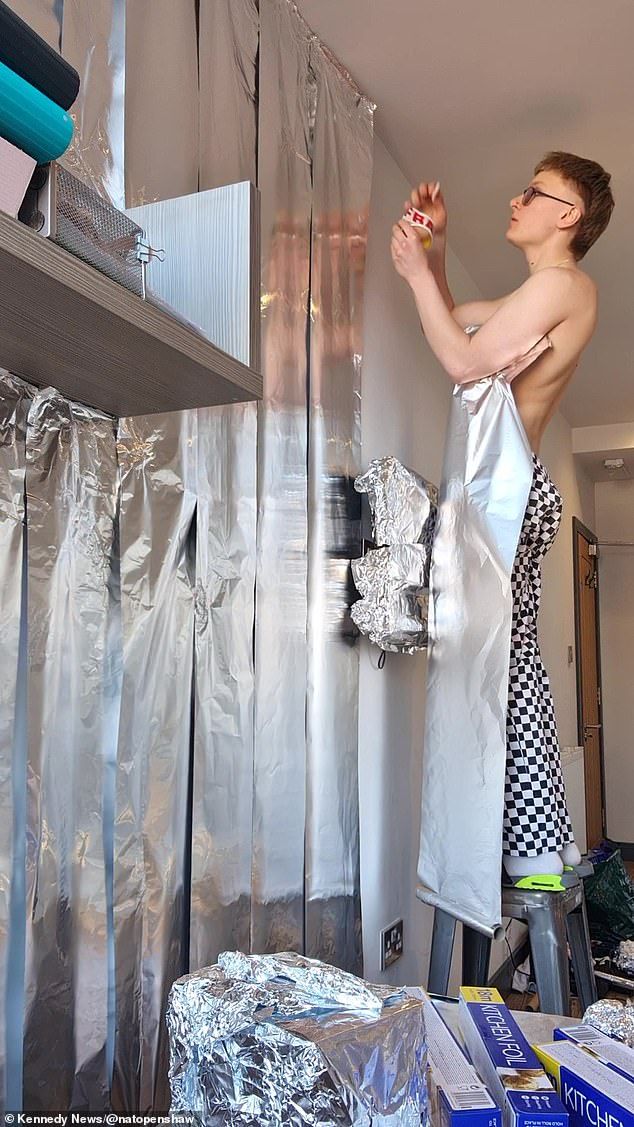 "I didn't have time to pull everything down that night, so it was about two days before I got the courage to take it down. It took about an hour.”

"I don't know why he did it to me. If anyone thinks of how I can get revenge I'll go with it, but I wouldn't want to put as much effort in as he did. That was a lot.”

"I'd go for something less time-consuming and less expensive. £20 on tinfoil? What a waste." 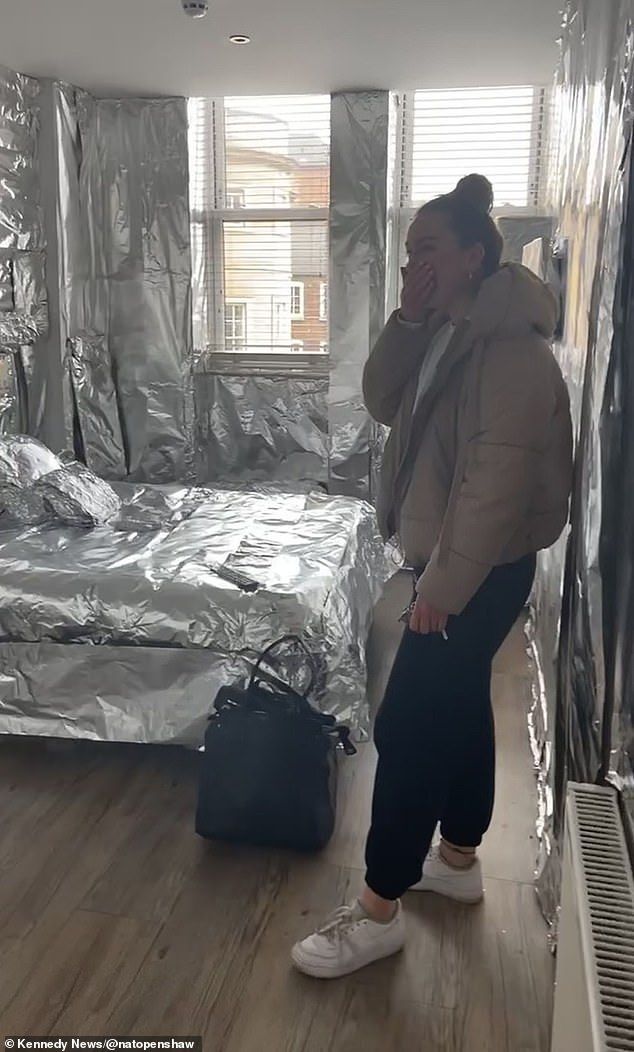 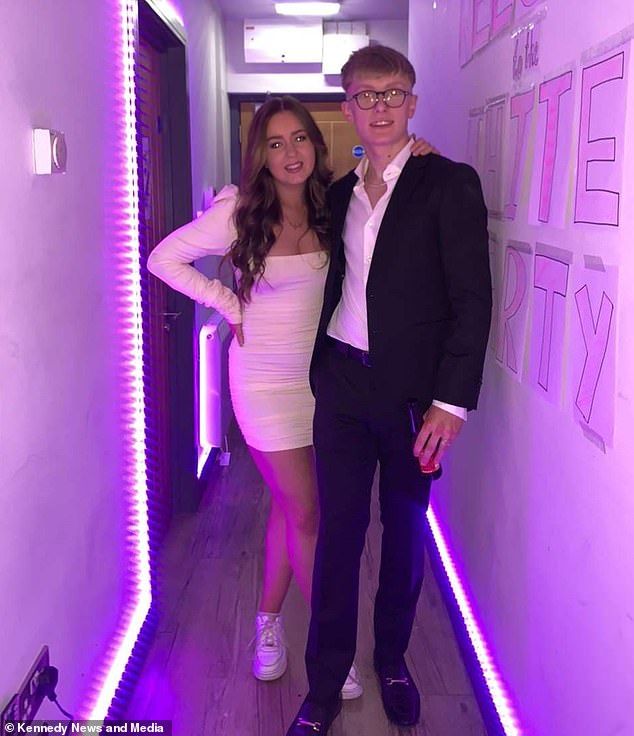