Posted by Zainab Pervez in News On 28th February 2021
ADVERTISEMENT

ADVERTISEMENT
A high school student was removed from class, escorted to the principal’s office and sent home in tears after her female teacher ruled the teenager’s outfit made her uncomfortable. 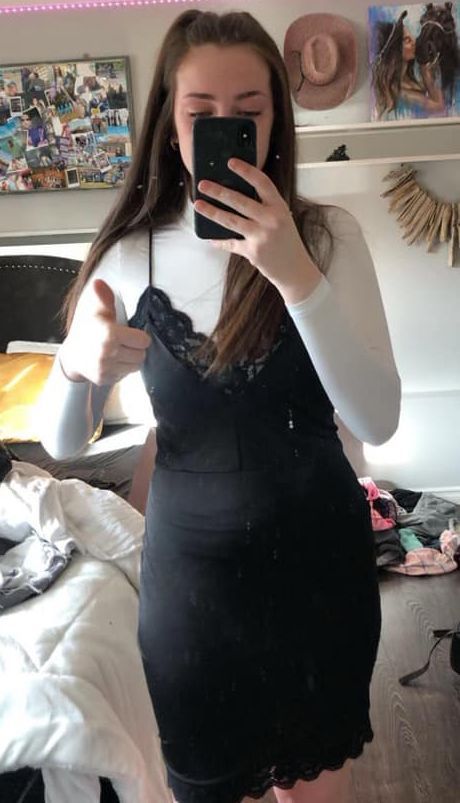 Her father Christopher Wilson took to Facebook to vent his frustration in a video that has since been viewed more than 80,000 times.

“She sat down in class and after a short period of time, was centred out by the teacher, and was told the outfit she was wearing made, or could make, her or the male teacher’s assistant feel uncomfortable.”

“She went home in tears, after asking her how she would like me to handle it, she said she wanted to make sure this kind of thing doesn’t happen to the students that come after her.
ADVERTISEMENT
ADVERTISEMENT

“Please stand with Karis and I and make sure that those involved are held accountable and that this never happens again.”

"If you’re a teacher and you’re distracted by clothing that your students are wearing, you are in the wrong profession,” he said.

In his video, Mr. Wilson says that after studying the school's recent dress code, he was informed that Karis' outfit choice broke the rule that students are "not to wear clothing that is distracting to teaching or learning".

In response to this, the doting father says: "That's in the dress code in a high school in 2021. That you can't wear clothes that are distracting. Maybe you should try something new.”

On Wednesday, Karis’ classmates staged a walkout in solidarity.

“School District 73 is aware of the incident regarding a grade 12 student and dress code at NorKam secondary on Feb. 23, 2021,” superintendent of schools Dr. Terry Sullivan said.

In response to the photo of Karis' outfit, people were quick to flood the father and daughter with support 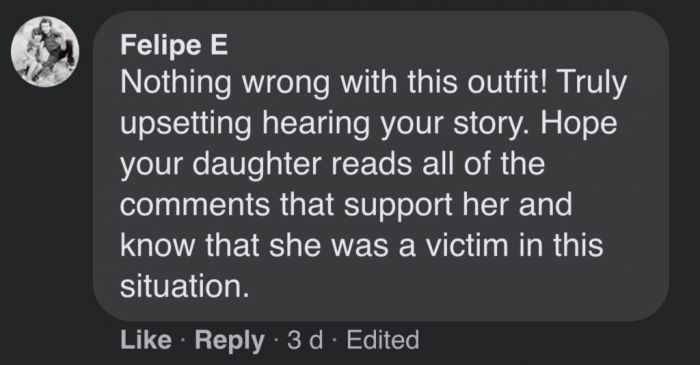