Posted by Sama in Feel Good On 16th June 2018
ADVERTISEMENT

Fathers are the best and this dad here proves it by showing cute dancing steps after trying to help his daughter to overcome her stage fright. Watch the video and let it make your day today! 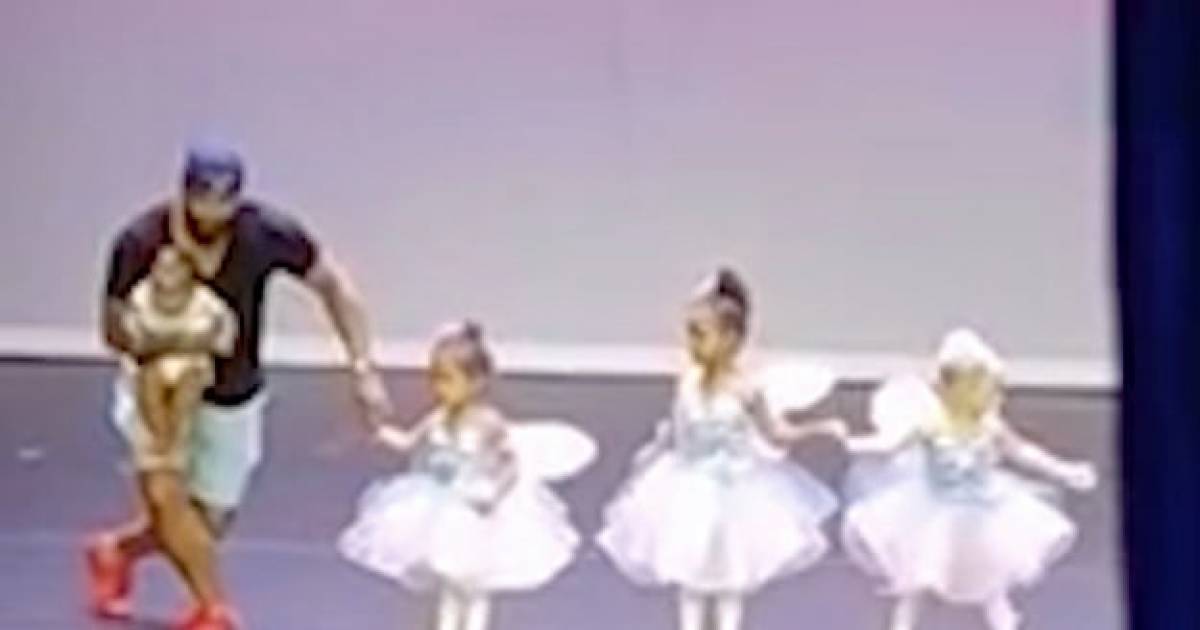 Marc Daniels, now famously known as "Daderina" has become a viral star over all social media platforms this week after Daniels set an example of an ideal parenting. The incident occurred when Daniels was attending his 2-year old daughter Isabelle's dress ballet rehearsal. 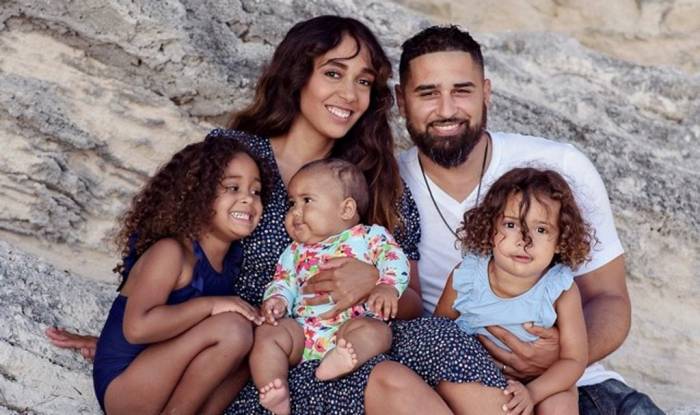 Isabelle was onstage in her pretty ballerina costume dancing with her class fellows at Hamilton City Hall in Bermuda. The little girl suddenly became overwhelmed with stage fright and sat down on the floor crying her heart out. Daniels being a good sport took no time in reaching to his daughter's side. The worried dad first tried to console his little one from off stage. But nothing worked the super dad hopped on the stage and following the instructor's step started following the dancing steps in hopes that Isabelle would overcome her stage fright. 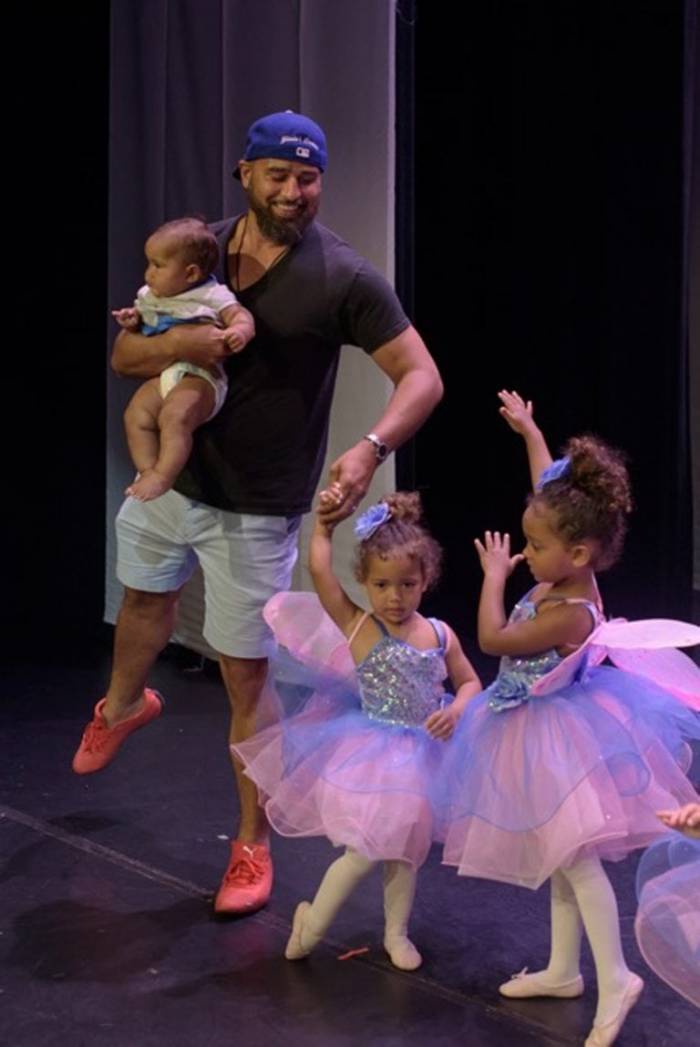 Looking super cute holding his daughter's hand Daniels managed to mimic the steps successfully, encouraging his daughter to do the same and not only this, all through this dancing, Daniels was holding his toddler Suri in his hands. While the mom was helping out backstage. 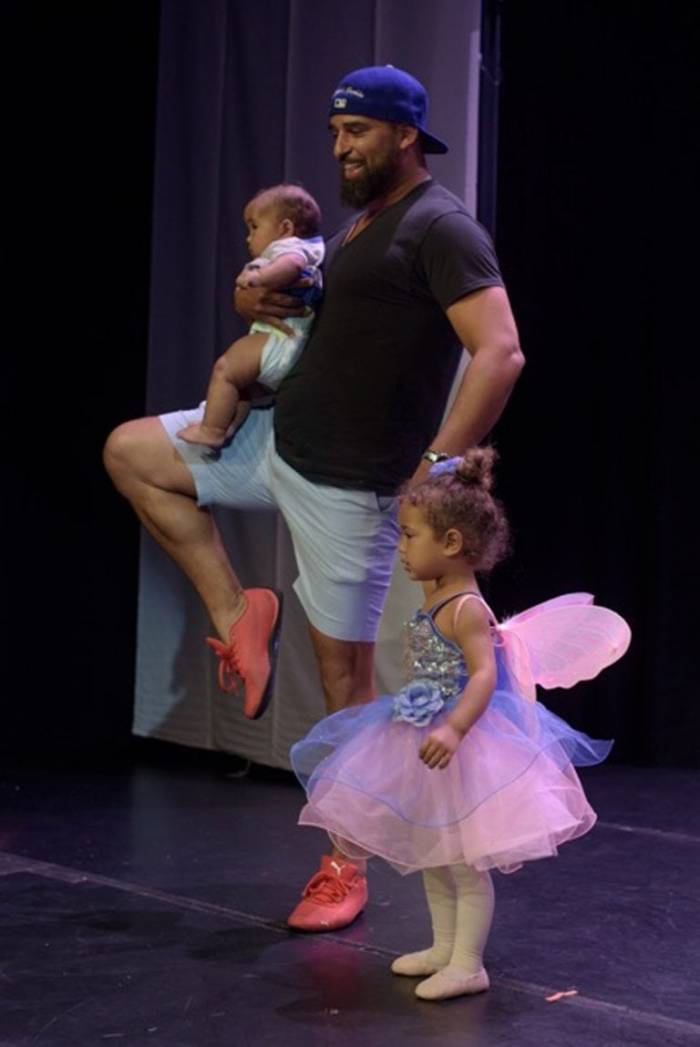 #4 The Crowd Absolutely Loved The Performance

The performance was so cute and hilarious that the crowd was absolutely loving it and it was also videotaped by the audience. One of the videos was uploaded online and from there it went viral within a matter of few hours. When asked about this whole performance, Daniels said, "Bella was very emotional and needed hugs from her daddy. Despite having a tantrum, I can tell she wanted to stay on stage. I didn’t want to discourage her before the big performance by making her be the only one to come off." 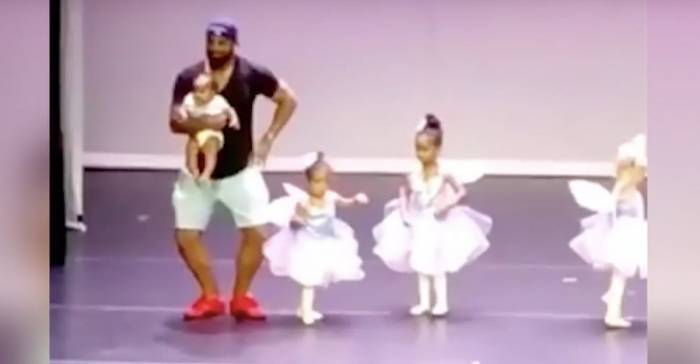 Making an effort on building up his daughter's confidence Daniels held Isabelle's hand tightly on stage and asked her if she wanted to dance, seeing her daddy with her Isabelle was ready to fight her stage fright. "I walked on holding Suri and stood next to her, trying to help build her confidence – I told her I loved her and that she’s an amazing dancer. I asked if she wanted to dance with daddy and she nodded, so I thought I’d join in." 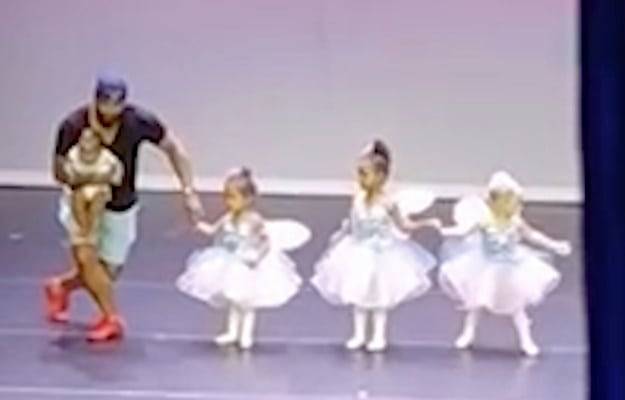 #6 According To The Super Dad He Has Performed With His Daughters Multiple Times At Home, So He Knew The Steps Well

For Daniels this is not something new for him as he is often dancing and practising with his daughters at home, he said, "I’ve practised with them at home on many occasions so it wasn’t unfamiliar to me,” he said. “At home, she’s always dancing, but on Tuesday that energy was clearly lacking – she simply wasn’t having any of it."

Daniels has not only gained popularity for being a super dad but has also given a good laugh to people with his moves. Talking about it, the dad said, "Jurors, police officers and members of the prosecution have even been giving me twirls and plies as a token of appreciation for the video. Even in court the other day, one of the magistrates made a comment about my moves that prompted the court to erupt in laughter." 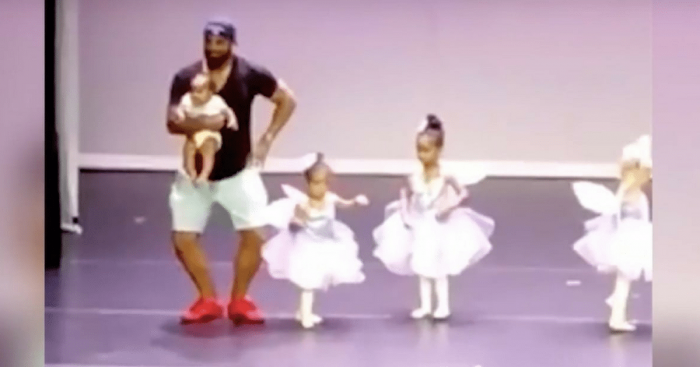 Speaking about the fame and recognition that Daniels received from his viral video, he jokingly told media that he never thought that he would be doing ballerina dancing in his life, he joked, "Before having the girls I don’t think I’d ever attempted any ballet moves before, but now everyone in Bermuda knows me for my toe-pointing – maybe it’s never too late to become a ballerina."