Supermodel Emily Ratajkowski Reveals Her Pregnancy, Says She Will Raise Her Baby Non-binary And At 18, Their Child Will Inform Them Of Their Gender

Posted by Sumaiya Ghani in Entertainment On 3rd November 2020
ADVERTISEMENT

Emily revealed the big news through the photoshoot for the cover of Vogue magazine. The model said she doesn't want the doctors to tell the baby's gender because she wants her child to tell her themselves when they’re old enough. 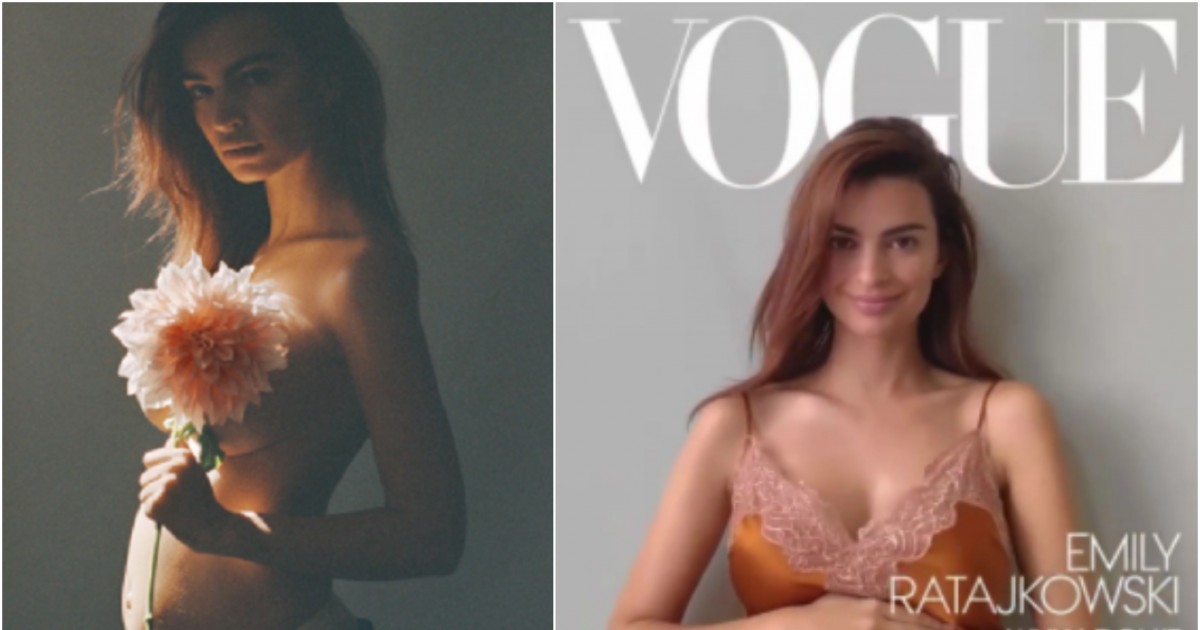 Model Emily Ratajkowski, 29, announced that she and her husband Sebastian Bear-McClard are soon going to welcome their first child together. She revealed her pregnancy in a recent photoshoot where she was seen flaunting her growing bump.

What was surprising was that the supermodel told she "won't know" the baby's gender until the little one turns 18. 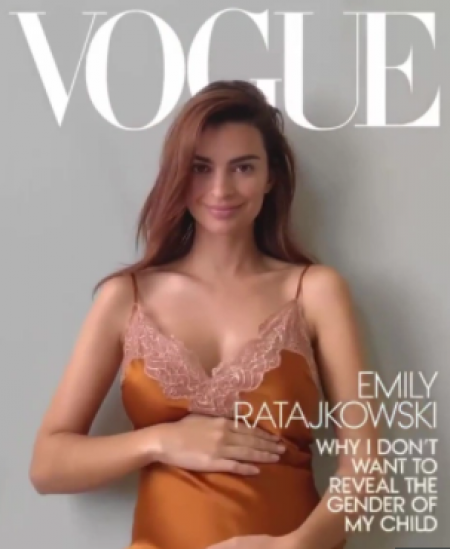 Emily did a special video cover of Vogue Magazine, the video started with only Emily's face at first as the camera focused in with a close-up. Then slowly the camera pulled back, she began to smile and caress her stomach as her baby bump was revealed to viewers.

The headline of the cover read as;

“Emily Ratajkowski. Why I don’t want to reveal the gender of my child.” 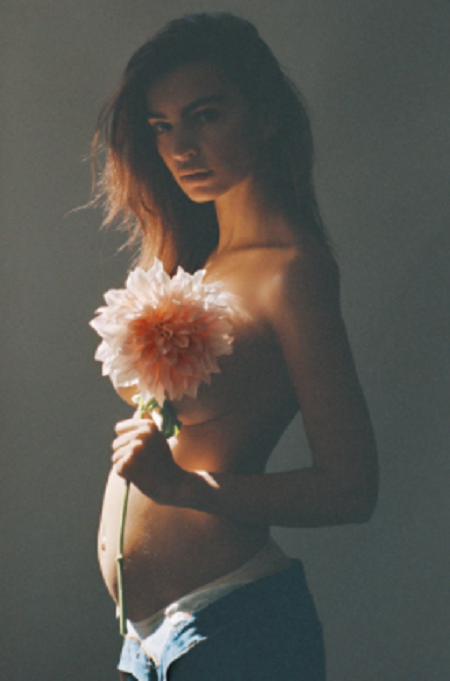 The model has decided to raise her firstborn non-binary. She told that at 18, their child will inform them of their gender.

“When my husband and I tell friends that I’m pregnant, their first question after ‘Congratulations’ is almost always ‘Do you know what you want?’

“We like to respond that we won’t know the gender until our child is 18 and that they’ll let us know then,” she wrote. 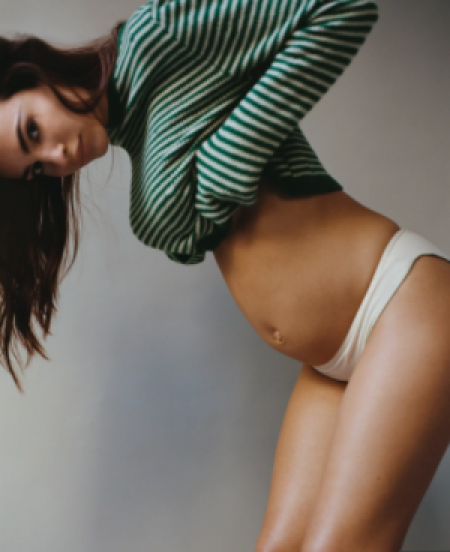 The supermodel continued: “Everyone laughs at this. There is a truth to our line, though, one that hints at possibilities that are much more complex than whatever genitalia our child might be born with."

“The truth that we ultimately have no idea who—rather than what—is growing inside my belly." 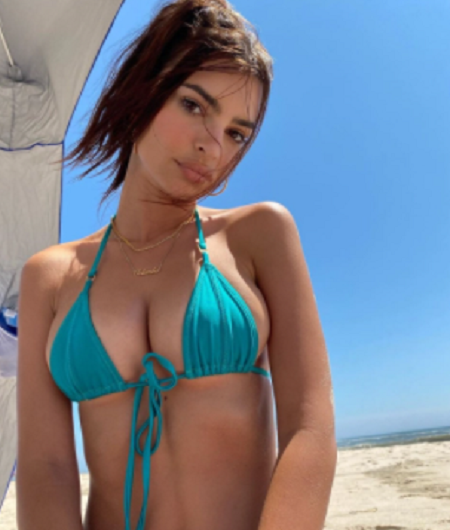 Emily told that she is grateful and growing

“Who will this person be? What kind of person will we become parents to? How will they change our lives and who we are?

“This is a wondrous and terrifying concept, one that renders us both helpless and humbled,” the humanitarian activist added. 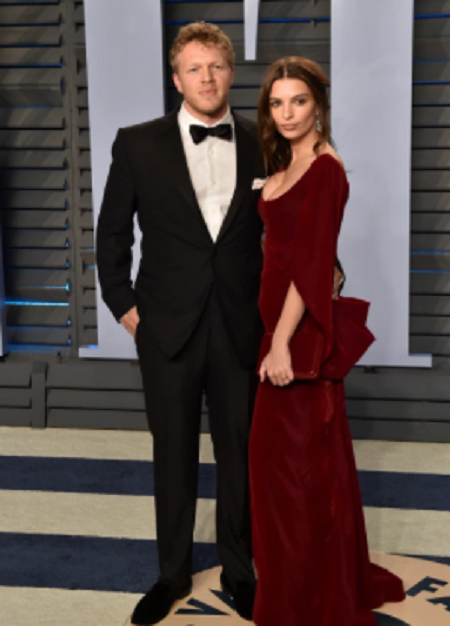 Along with the magazine cover, the model shared a few home videos that were part of the issue. The video featured photos of the actress rocking her baby bump naked, in some pictures she was wearing cute crop tops that complimented her growing belly.

Emily also posted the video to her Instagram page, in the caption she thanked all of those who helped her create it.

The brunette beauty wrote: “Thank you to my brilliant and very generous friend @lenadunham for her vision and commitment to directing this. " 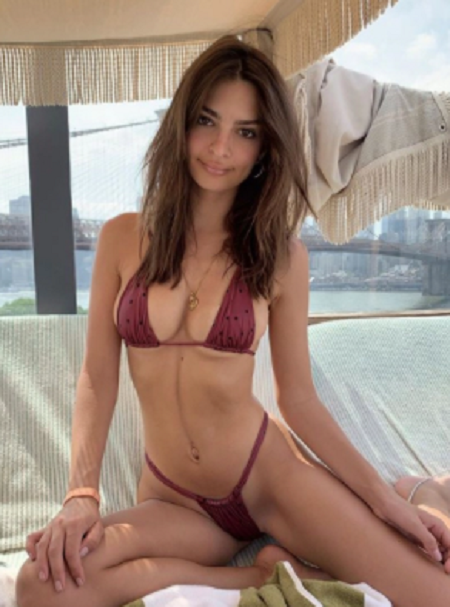 “I’m so grateful. And thank you to my other wonderful friend @eccopn for his music and to @dschneids for her editing!"

“You all made this the most special. Written and filmed by me. Shot at home.” 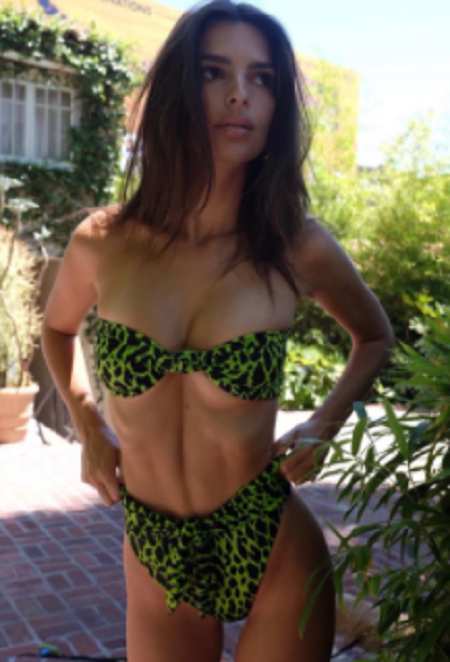 Emily is working on a new book of personal essays entitled My Body where she wrote her own cover story for Vogue.

She wrote how she doesn't want the doctors to reveal her baby's gender. She said her baby would have the choice to choose the gender.

The 29-year-old added: “I like the idea of forcing as few gender stereotypes on my child as possible." 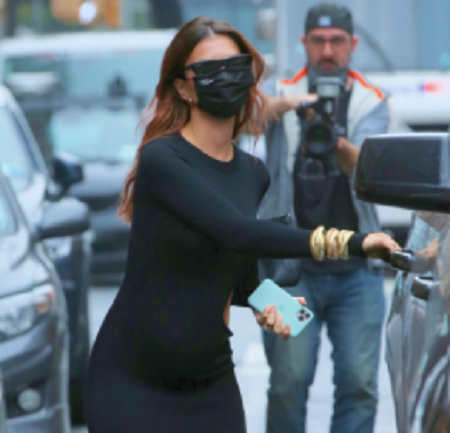 “But no matter how progressive I may hope to be, I understand the desire to know the gender of our fetus; it feels like the first real opportunity to glimpse who they might be. "

“As my body changes in bizarre and unfamiliar ways, it’s comforting to obtain any information that might make what’s coming to feel more real.” 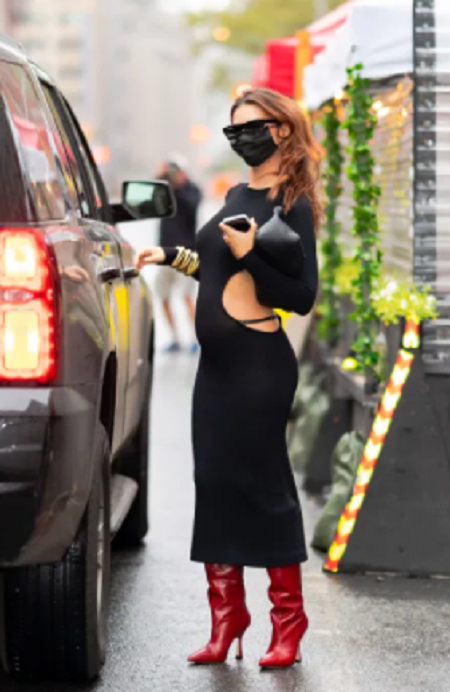 “Despite having a loving partner and many female friends ready to share the gritty details of their pregnancies, I am ultimately alone with my body in this experience,” she explained. “There is no one to feel it with me.”

The model got married to her producer-actor husband Sebastian at the start of 2018. They got married after just a few weeks of dating, in a New York City courthouse wedding.