Talking To Yourself Is Actually A Sign Of Intelligence, Find Researchers

While talking to yourself is often regarded as a social no-no, possibly hinting at psychological problems, new research suggests that it may indicate a higher level of intelligence. 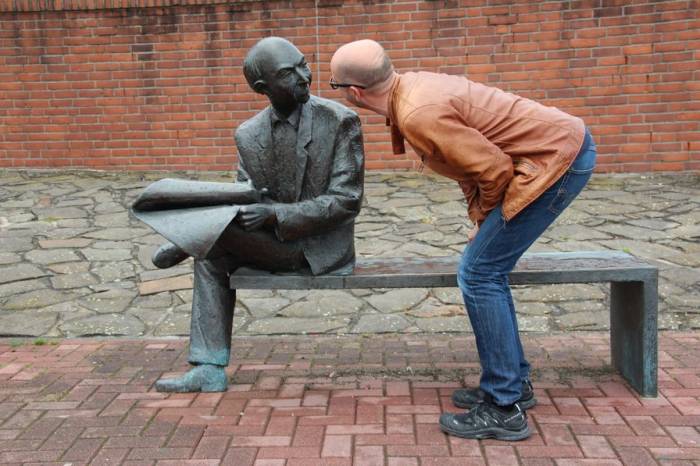 Beyond motivational self-talk, talking to yourself out loud in an instructional way can speed up cognitive abilities in relation to problem-solving and task performance.

Paloma Mari-Beffa of Bangor University says our inner talk serves to control ourselves by helping us organize our thoughts, plan actions, consolidate memory, and modulate emotions. 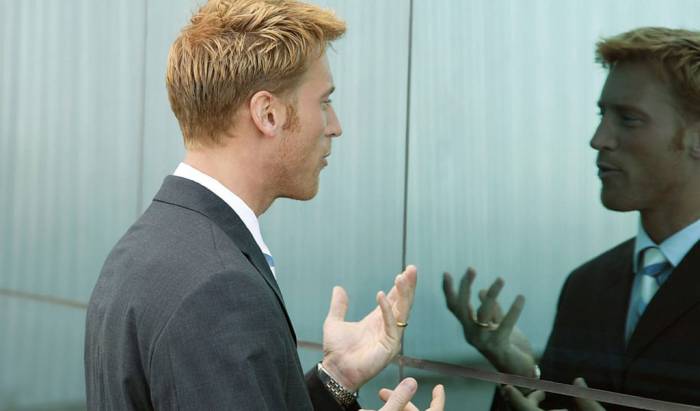 "The stereotype of the mad scientist talking to themselves, lost in their own inner world, might reflect the reality of a genius who uses all the means at their disposal to increase their brain power."

Mr. Lupyan, a researcher and psychology professor at the University of Wisconsin-Madison, wanted to test the feedback hypothesis with self-talk.

"The idea is if you hear a word, does that help you see something?" said Gary Lupyan.

"We had some of the subjects say the name of the object out loud to themselves,” he said. "The idea was, does saying the name actually help you activate its visual features?"

"Speaking to yourself isn't always helpful — if you don't really know what an object looks like, saying its name can have no effect or actually slow you down," Lupyan said.

"If, on the other hand, you know that bananas are yellow and have a particular shape, by saying banana, you're activating these visual properties in the brain to help you find them."

Thus just thinking about what you are looking for is not enough, when you say it its name you automatically visualize it and give it a form.

According to Live Science, "self-directed speech can help guide children’s behavior, with kids often taking themselves step by step through tasks such as tying their shoelaces, as if reminding themselves to focus on the job at hand." 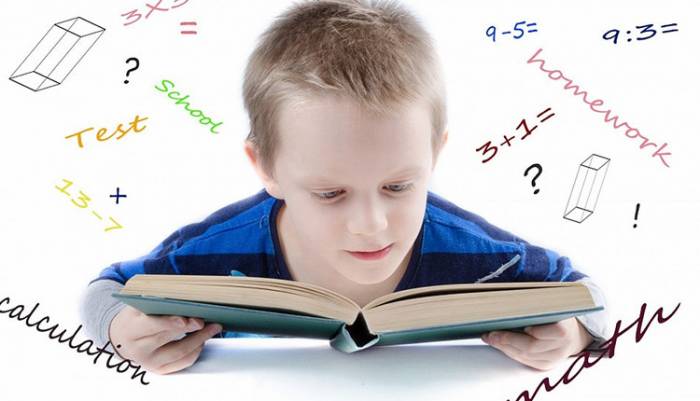 Psychology Living also recently tweeted about the topic, writing, "Generally, talking to yourself is a sign of higher intelligence. In fact, those who talk to themselves tend to achieve more in life." 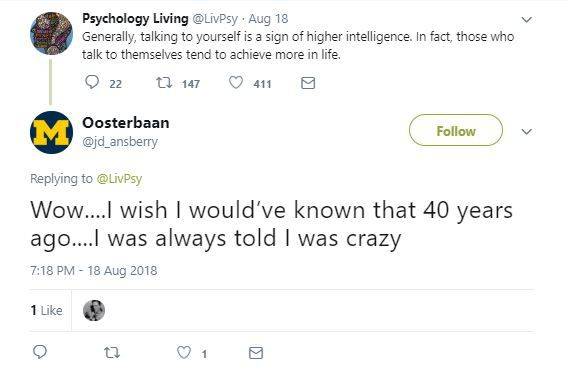 Psychologist Linda Sapadin says when we think we silently weigh possibilities. This is important. You should talk to yourself because you can prioritize what you want. 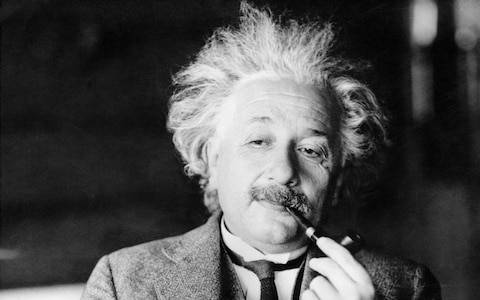 Everyone around you just doesn't understand you because their intellect is not on your level.