Tattoo Artist Rips Into Customer Threatening Him With Bad Review

This tattoo artist uploaded screenshots of an interaction with a customer where they threatened them with a bad review and kept strangely saying, “well my dad said…” 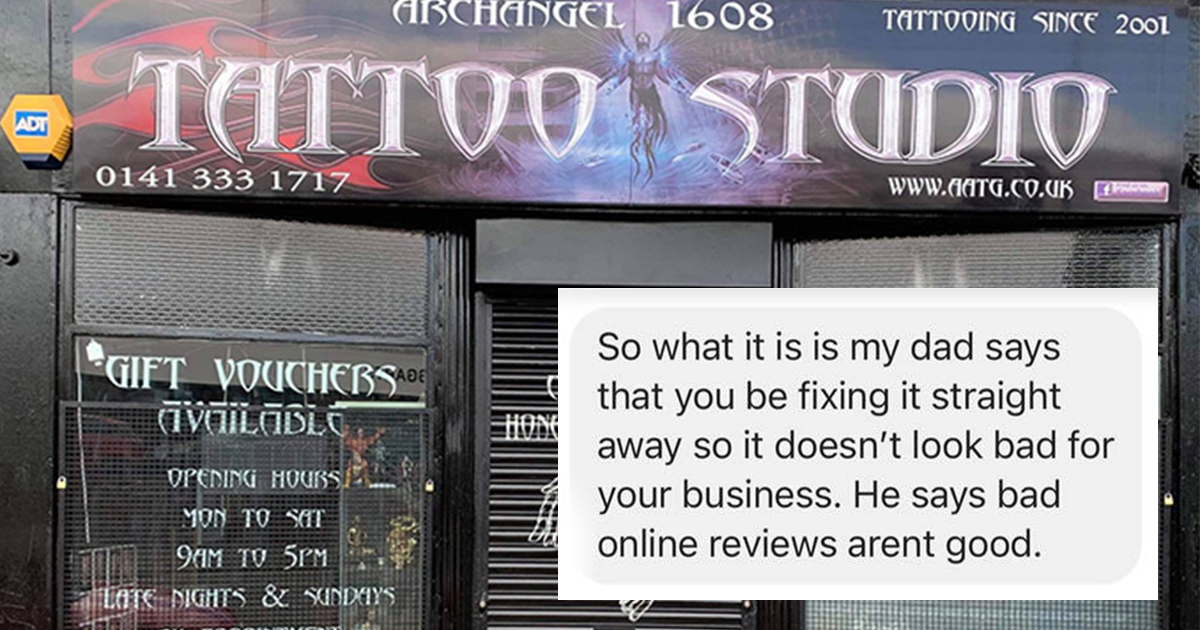 Archangel 1608 tattoo studio uploaded a series of messages between them and a customer that recently got a tattoo at their location.

"This is from last weekend, and why we’ve been banging on about aftercare all week. We can only do so much after you’ve left the studio…
But defo go with what your dad says, even though he’s not been tattooed since he got a tribal skull in the 90’s. ✌🏼" 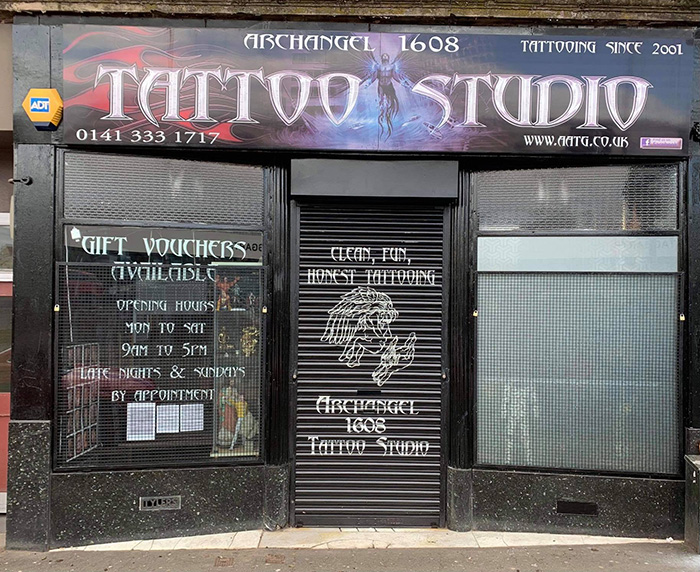 The customer was in the midst of the healing process and was given specific directions with regard to aftercare. 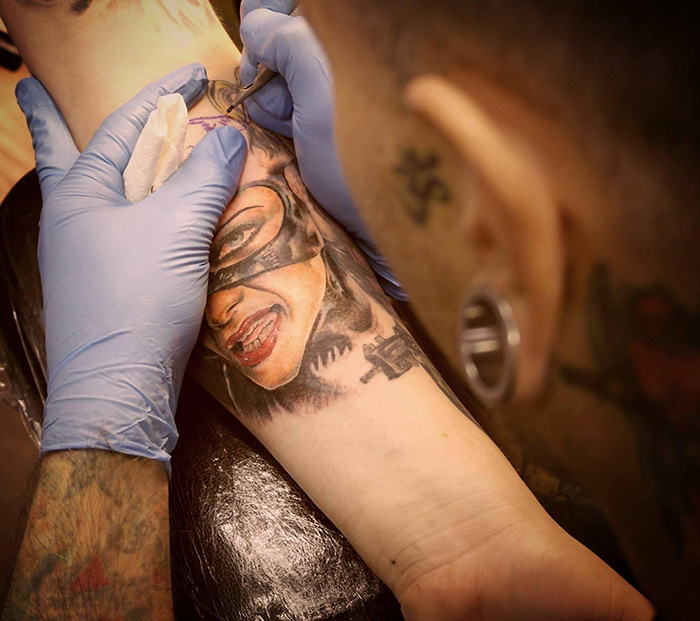 The customer reached out to say that the tattoo wasn't healing right and wanted to get it fixed.

Their main concern was that the ink was lighter than they had expected it to be.

The tattoo artist then asked for a picture and asked standard questions regarding pain, soreness and the healing process.

They clarified that a week was too soon to start touching it up again and that the colour shouldn't be different from what they had initially tattooed.

After receiving the image, they said that the tattoo was simply irritated and asked whether the customer was using the after care plan that was shared with them.

The customer however wanted to come in and get it fixed immediately despite the explanation.

Even then the tattoo artist suggested that he wait until the tattoo heals and then they can take it from there.

This is when the client pulled the Dad card for some reason.

The artist once again spelled it out for him that making any corrections during the healing process was not something they suggested and that it was in fact nothing to worry about at this point.

The customer however was not having it. Dad was brought into the convo again, this time with a threat of a bad review.

This seemed to be the last straw for the tattoo artist who does not take threats lightly.

He simply said, 'come ahead'. he said that he had given the customer all the information he required and that they were avoiding the questions the tattoo artist was asking regarding aftercare.

This is when the cat got out of the bad when the customer finally revealed that they had in fact been using Savlon instead of the cocoa butter that the artist had suggested. Once again, it was Daddy dearest throwing a wrench in the works.

He once again doubled down on his threat of leaving a bad review.

At this, the tattoo artist decided to take no prisoners.

Calling out dad for his intrusive behavior and trying to talk over a professional opinion. He also told the customer that Savlon was actually suffocating the tattoo and that the tattoo was only going to be fixed if the customer would have followed his aftercare procedure.

This time, however, he would be charged full price for any fixes since he was responsible for any issues that happened with the tattoo.

And about the bad review?

the artist decided to turn the tables on him and left a rather colourful, yet hilarious review of his own.