Posted by Abdul Rafay in News On 22nd February 2021
ADVERTISEMENT

The Boeing 777-200 plane, with 231 passengers and 10 crew on board, was going from Denver International Airport to Honolulu on Saturday. Shortly after takeoff, Debris struck the plane's right engine, causing it to explode in flame and splutter thick black smoke. The incident forced the pilot to return to Denver for an emergency landing. Video taken on board Flight UA328 caught the moment when it safely touched back down on the runway, causing the cabin to break into applause. 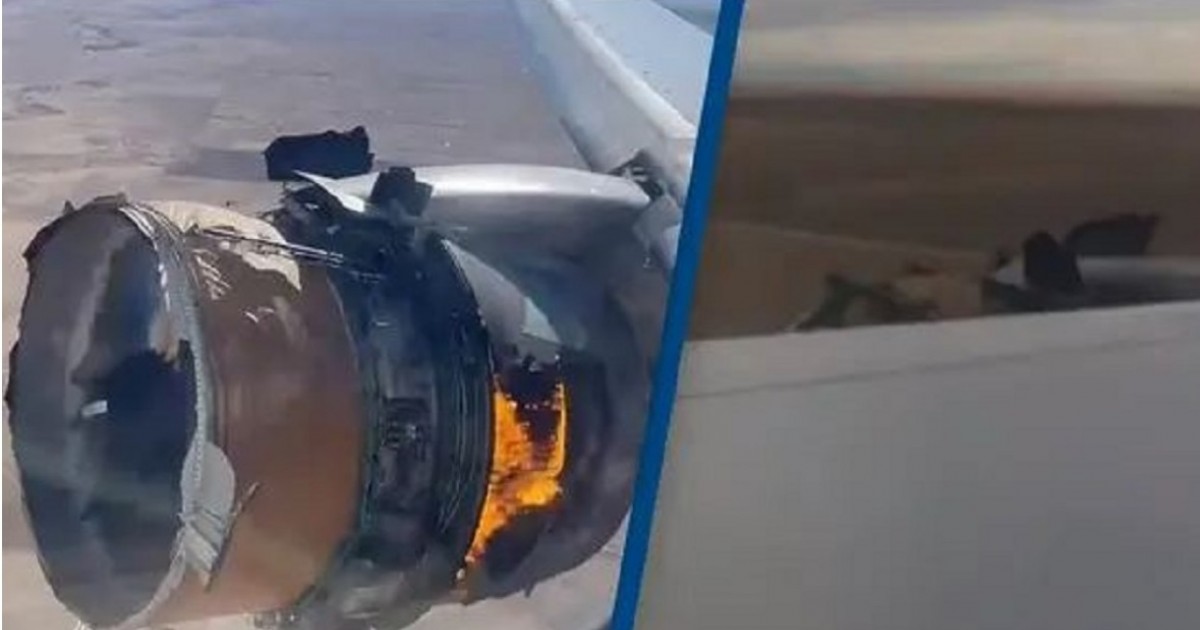 Upon arrival yesterday, February 20, United Airlines passengers clapped and applauded due to the aircraft's engine setting mid-flight on fire.

After the blast, just 30 minutes after setting off, the aircraft turned around and landed at Denver airport. The flight was initially bound for Hawaii.

United flight 328 lands at DIA after losing part of its engine en route to Hawaii. Debris fell into a neighborhood in Broomfield as passengers onboard described a loud bang.

You can hear passengers clapping when the plane touched down.

You can see the plane's engine completely black from the fire in a video posted online as it securely gets all 200 plus passengers back on the ground. All can be heard shouting and clapping upon touching down.

No one on the plane was injured by a miracle and so was anybody on the field watching the falling debris.

David Delucia, one of the plane's passengers, told the Denver Post how he felt he and his wife were about to die.

He told the newspaper:

I can honestly say I thought we were going to die at one point — because we started dropping altitude right after the explosion. I grabbed my wife’s hand and said, ‘We’re done.’

David further explained, ‘Everything started shaking, like the worst turbulence you can imagine. When we started to descend, we started going down through the clouds. People were saying that they were dumping fuel while it was going on.’

‘We were getting information (from passengers) on the right side that it was on fire until we landed,’ he added.

UPDATE / VIDEO: Footage from on-board United #UA328 which suffered an engine failure after take-off from Denver en-route to Honolulu (Boeing 777-200 N772UA) earlier, dropping parts on a residential area. Flight returned to DEN. No injuries being reported.

Following yesterday’s incident, United Airlines have issued a statement. A spokesperson for the airline said, ‘Flight 328 from Denver to Honolulu experienced an engine failure shortly after departure, returned safely to Denver and was met by emergency crews as a precaution. There are no reported injuries onboard, and we will share more information as it becomes available.’