Posted by Sama in Bizarre On 22nd May 2022
advertisement

Internet is expressing shock over this video of a 9-year-old kid brutally beating down his neighbor's door with a whip. As the police investigation continues, it has been revealed that the father of the child also got involved and he proved to be an equally ill-mannered parent as the son. 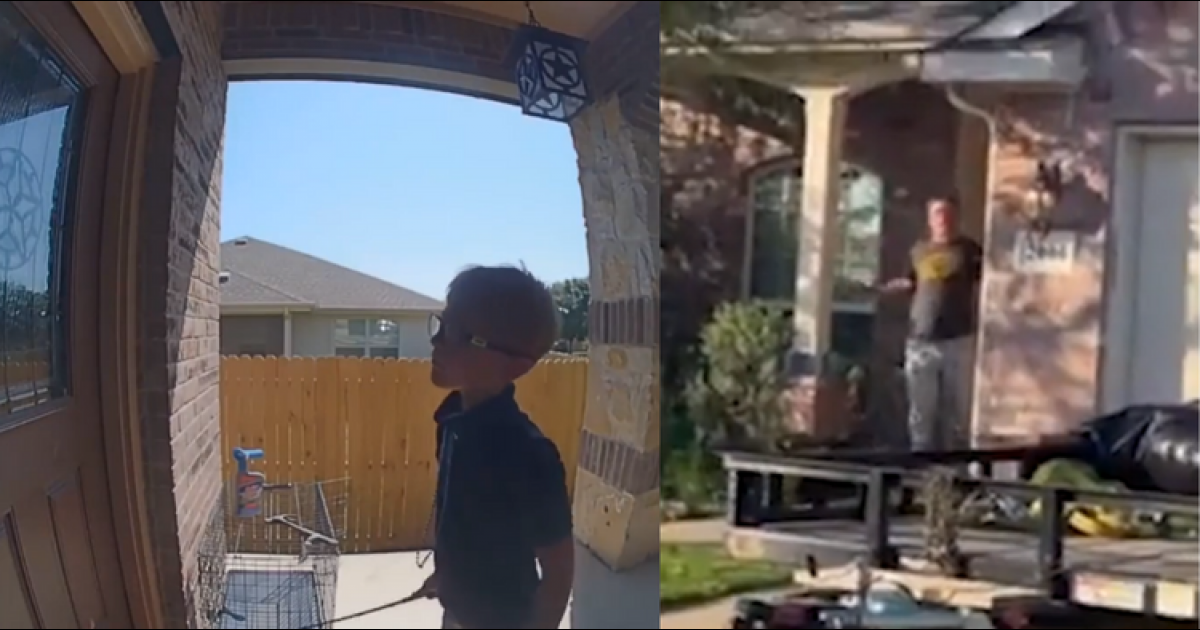 A disturbing neighborhood altercation almost turned into a fatal incident in Texas this past week.

According to the police reports, a 9-year old child showed up at their neighbour's hpuse with a whip and began to hit the front door violenty. The incident was captured on the family's Ring camera. 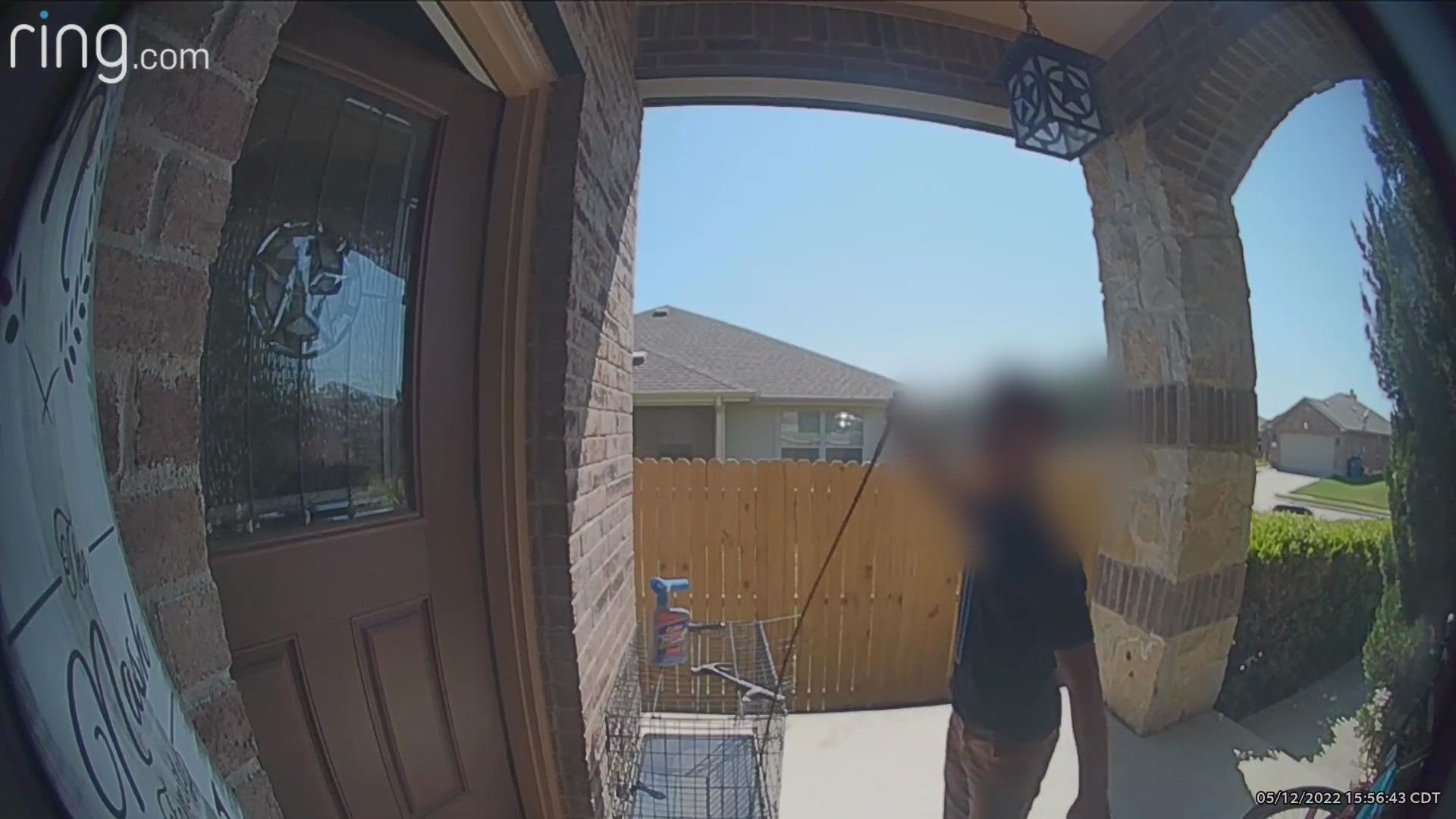 The mother of the family, Carissa Nash, appeared at her front door and told the boy

The angry child then left the door and their property, however, before leaving, he struck the whip viciously at the family's car, leaving a large scratch on the side of the Audi.

When Carissa Nash's husband, Dee, arrived home after work, he looked at the car and went to discuss what happened with the neighbors while Carissa recorded their interaction. 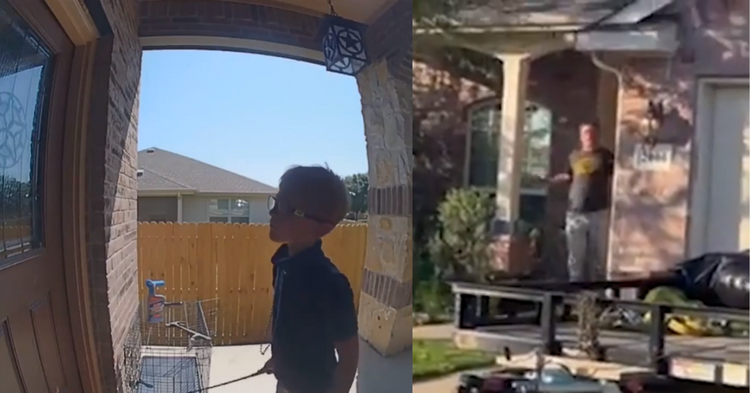 However, as expected the discussion didn't go well and the 9-year-old's dad turned out to be equally intolerant as Bryan Thomas Brunson, who demanded that Dee and Carissa Nash leave his property.

Brunson also had walked out of his front door while holding a semi-automatic, claiming that it was necessary given their history.

A young white boy came storming over the house of a Black family in Texas with a whip in hand, looking for their 9-year-old daughter

It appears as though the father of the boy was arrested and bonded outhttps://t.co/vC7Ysb2ucV

The man set it down on the porch, however, as Dee proceeded to leave his neighbor's property, Brunson picked the gun up and accidentally pulled the trigger.

He almost shot himself, as well as his young daughter, who was hiding behind him at the family's front door.

Just imagine if the daughter would’ve opened the door. 😔

Initially, the dad claimed that his son was looking for Nash's 13-year-old son, claiming the teen had beat up the 9-year-old.

But officials learned that the two kids attend different schools and the 13-year-old's classes ended two hours after the other boy's, which meant he was still in class when the other was walking home and unable to beat him up.

This is disgusting!!! Wtf.

Later, the family changed their story and claimed that their 9-year-old son was at their neighbor's door because he was furious that Nash's daughter had fought back when he attempted to beat her up. When she didn't come out, the resulting incident ensued.

she was awfully polite to him tbh

Y’all gotta stop trying to let your nuts hang ALWAYS bring a G*N when ignorance is present. You can be tough but you might also be [email protected] Good on the father for standing up for his daughter but those folks don’t play fair be smart and being the same “energy”

The 9-year-old hit one girl, whose older brother then beat him up

More information about the neighborhood was released, as well as their involvement with the police.

It came to light that not only did the little boy attempt to beat his neighbor's daughter, but he also allegedly tried to attack a group of students who were walking home from school. He allegedly spun around, trying to hit each kid with a skateboard.

It's parents like these who don't want their kids to learn about racism in schools but don't mind teaching them how to be racist at home.

He learned that behavior from his parents for sure

"There was a brother, and he got in there and said, 'I had to defend my sister. He was hitting my sister."

Even though the 9-year-old kid has been showing delinquent behavior, no charges have been filed against him, because he wasn't old enough to be charged for mischief. The police also pointed out that the family was likely moving soon, so keeping the peace might be for the best.

Kids aren’t born with a sense of racist superiority — its trained into them.

Its trained into them by their thick as pigshit, racist parents. https://t.co/yAIG4TE24w