Posted by Sama in Bizarre On 5th June 2022
advertisement

Twitter calls out this woman for her disgusting attempt at revenge on her cheating boyfriend after she posts a video of throwing her boyfriend's mom's urn into the river. Reacting to the video, people called the woman for being unbelievable and how she could be feeling proud while committing a crime. 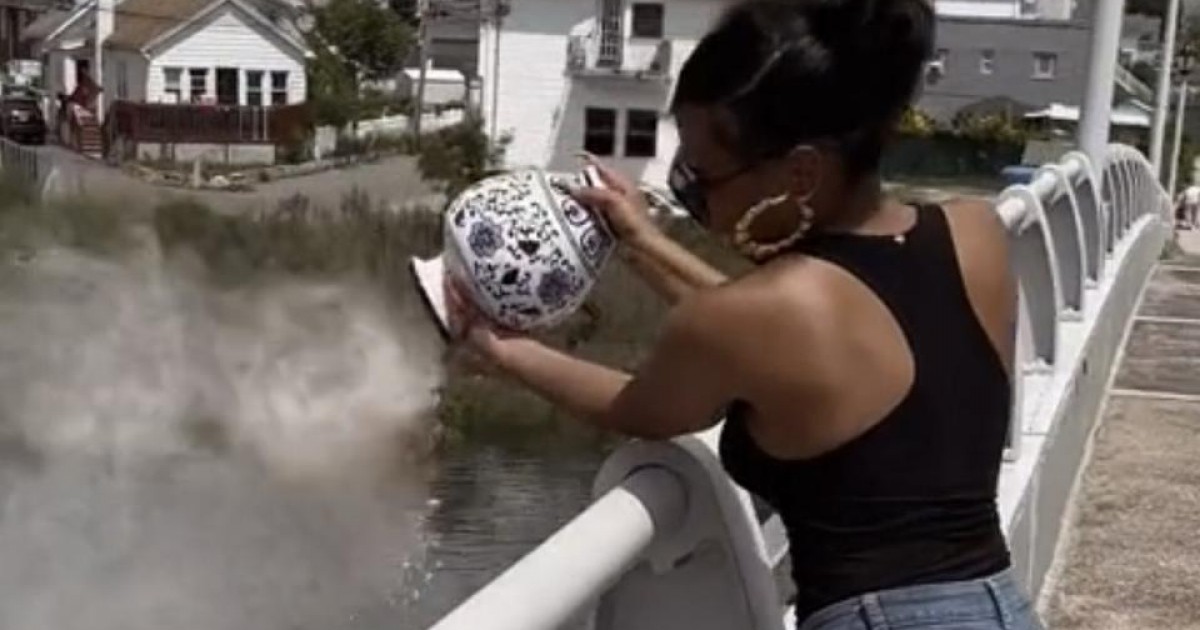 “He cheated so I threw his mom's ashes in the river.” says the caption of a video doing rounds on social media.

People on social media are both fuming with anger and are in disbelief after they saw this video of a woman taking revenge on her cheating boyfriend and throwing his mother's urn into a river.

According to a report, a few weeks back a similar incident was reported where a woman was arrested by the police on suspicion of abusing a body after her then-boyfriend accused her of tossing the urn holding his mother’s ashes into Lake Worth. 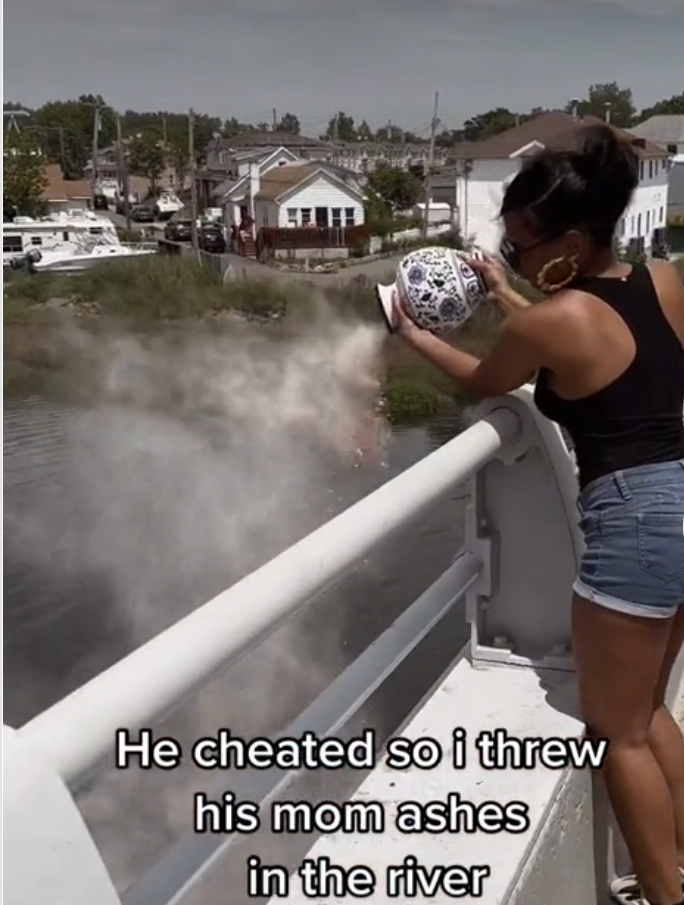 It is reported that this is the same woman, but it is not confirmed.

According to the Fort Worth police report, the woman is facing charges of mistreatment of a body, a Class A misdemeanor that carries a potential sentence of a year in jail and a fine of up to $4,000. 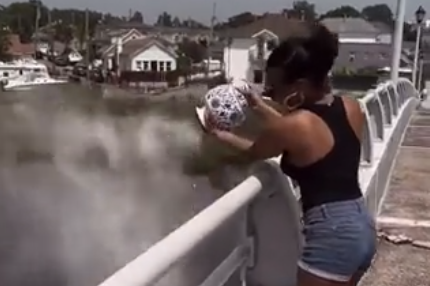 Twitter reacted to the video with both disgust and horror

As per the complaint, the man informed police that he and the woman were dating, but that they weren’t getting along.

The boyfriend reportedly discovered that his mother's urn was missing when he returned to the house that they shared.

The mother didn't do anything to urn that

It is believed that this law applies in California too as attorney Jamie Ross  explained that according to California Penal Code 594.35, every person is guilty and punishable by imprisonment if anyone maliciously:

“Disturbs, obstructs, detains or interferes with any person carrying or accompanying human remains to a cemetery or funeral establishment, or engaged in a funeral service, or an interment.”

The steps involved though. Getting dressed. Transporting the urn. Finding a camera person. The first sprinkle of the mom’s ashes on her hands. Plenty of opportunities to hit pause. 🤦🏽‍♀️

“Every person who knowingly […] disturbs, or willfully removes any remains in or from any location other than a dedicated cemetery without authority of law is guilty of a misdemeanor.”

Like.... How wasn't she able to stop herself midway, turn back the car and drive home? 🤦‍♂️

Why do people record themselves committing crimes

That’s what I said. Like what type of friend records you while you breaking the law instead of discouraging you? Then post it. Fake friends & clout chasing Same time

Call me what you want!

But I hope shorty gets cheated on for the rest of her natural born life! pic.twitter.com/SYGbEJWuRo

her; "i threw your moms ashes in the river"