E3 or Electronic Entertainment Expo is the biggest entertainment show where hardware manufacturers, software manufacturers, and game publishers present new and upcoming products to attendees of the show. E3 2017 was held in LA where biggest names in video gaming industry unveiled and announced upcoming games and hardware. Press Conferences from Sony, Microsoft, Ubisoft, EA, Bethesda, and Nintendo were seen and we have identified the top 5 best upcoming games in this article. Curious? Find out. 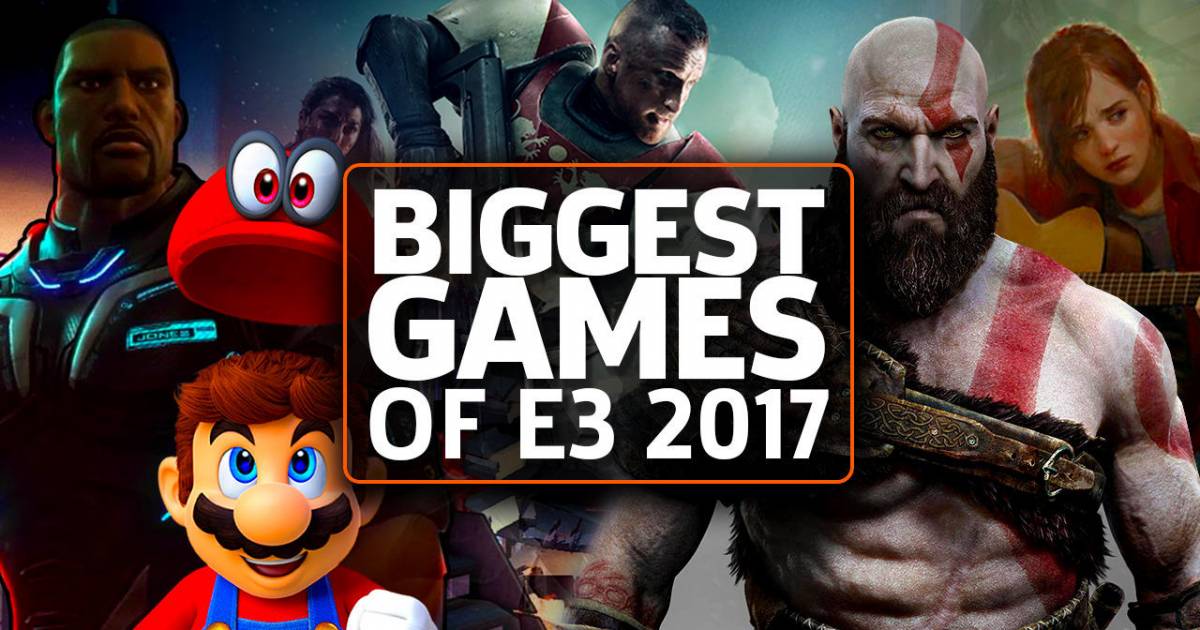 After a well-deserved (and much-needed) year off, Ubisoft's historical action giant is back with Assassin's Creed Origins, which – as you might surmise – offers a new starting point.

Taking place in Ancient Egypt before the time of the other games, Origins spotlights the beginning of the Assassin's order. You'll take the role of Bayek, along with his Eagle companion Senu, in an open-world game that keeps a lot of the old stealth, fight, and explore formula intact.

However, Game Informer suggests that there are more role-playing elements in play, along with a new emphasis on loot, so hopefully, it makes Assassin's Creed feel fresh again. At the very least, the Xbox One X gameplay demo looked much prettier than any earlier entry.

Yes, you read that right: nearly a decade after it was first announced, Ubisoft's Beyond Good and Evil 2 made a grand reappearance at the company's press conference, and fans are losing their minds.

Billed as both a spiritual successor and prequel to the 2003 original, Beyond Good and Evil 2 dramatically shakes up the look and tone of the original adventure, taking on something of a Luc Besson/The Fifth Element aesthetic.

Ultimately, we don't learn much of anything about the game itself here, which makes sense given that there's also no release target or platforms listed. But at least we know that it's real (again?), and hopefully, we won't be waiting another several years for more here.

We got a solid look at next year's Far Cry 5 when it was announced last month, but at E3, Ubisoft took the wraps off of the gameplay – and it looks plenty exhilarating, of course.

Montana might not sound anywhere near as thrilling as the more exotic locales of past entries, but Far Cry 5's battle against religious American extremists should be packed with exciting action. In this trailer, we get a look at the look at the hired help, which lets you recruit allies (and a dog!) to assist you in your fight against these maniacs. And you can take to the skies in this one, as well.

The game is said to be launched next year.

Kratos took a few years off of the franchise grind, and the legendary warrior has never looked better than in the God of War reboot.

As we first saw last year, God of War has a new over-the-shoulder perspective, but it also has another new kind of perspective: fatherhood for Kratos, who must protect and teach his son as he battles the usual array of massive monsters with epic fury. We saw a bit more of the game at E3 2017, which still looks super impressive, but sadly it's not coming in 2017.

Built from the foundation of last year's absolutely brilliant Uncharted 4: A Thief's End, albeit without Nathan Drake in tow, Uncharted: The Lost Legacy is a new kind of game for the series.

Granted, it's still all about epic-scale adventuring in absolutely dazzling environments – this time in the mountains of India as you seek out an ancient artifact. However, now you'll play as Chloe Frazer and Nadine Ross, and put their myriad skills to use in an array of different missions.

Sony showed off a bit of the story in this E3 trailer, which points to high drama between both the leads and their main antagonist, who seems like an oddly intimidating fellow himself. It probably won't be as large as Uncharted 4, but we can't resist another quick dip in Naughty Dog's legendary franchise.