The Epic 100 Taco Date That Beats All Your Bad Dates

Posted by Annie N. in Relationships On 26th November 2021
advertisement

In what has now become TikTok legend, this girl shared the story of a truly horrendous date she had. The 100 Taco Date as it's now called is a tale that has everything, intrigue, humour, shock yet sadly, no romance. 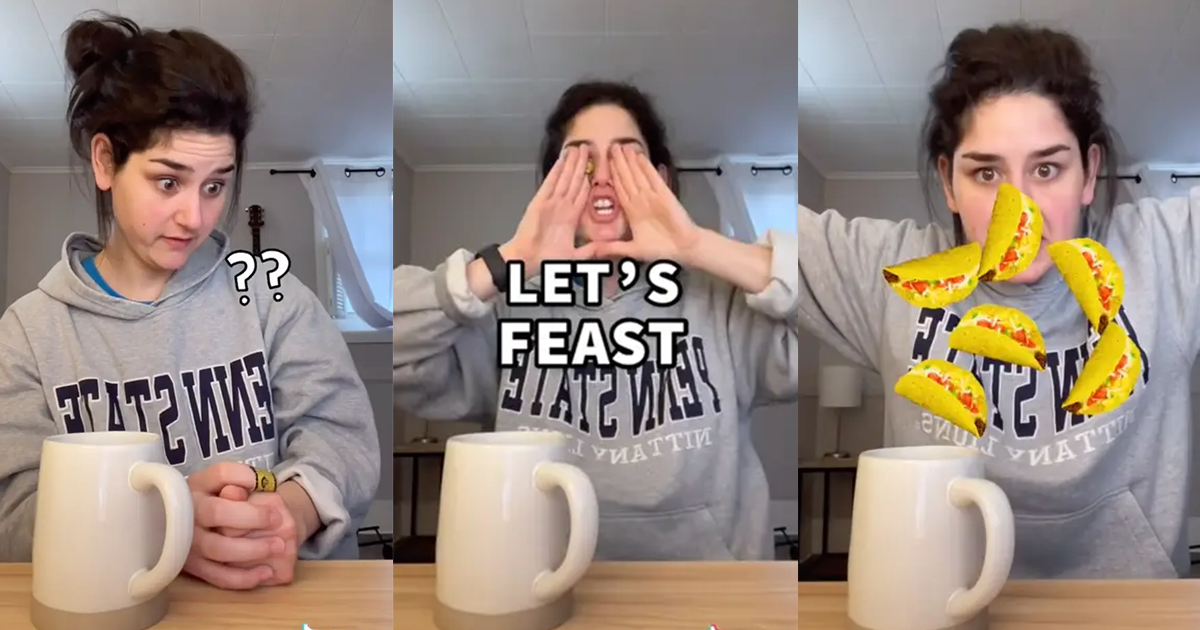 Elyse Myers has the internet rolling with laughter for the past few weeks but sadly it was at her own expense. The TikToker shared the story of the worst date she’s ever been on and we can confidently say that neither you nor I would have had a date as bad as this.

What tops off the sequence of hilariously bad events is her top-notch delivery where she shares details of the terrible date.

I haven’t been to a @tacobell since. #coffeetalk #theadhdway #firstdatefail #tacobell

Elyse who is now married starts the story with,

"Before I met my smokeshow of a husband, I was on dating apps — as you do. This man messages me out of the blue and he goes, 'I like your face, let's go get some food.' I say, 'Um, I love food. Are you my soulmate?' He says, 'Meet me at my house, I will drive us to the restaurant together.' Why did we just not meet there? I have no idea..." 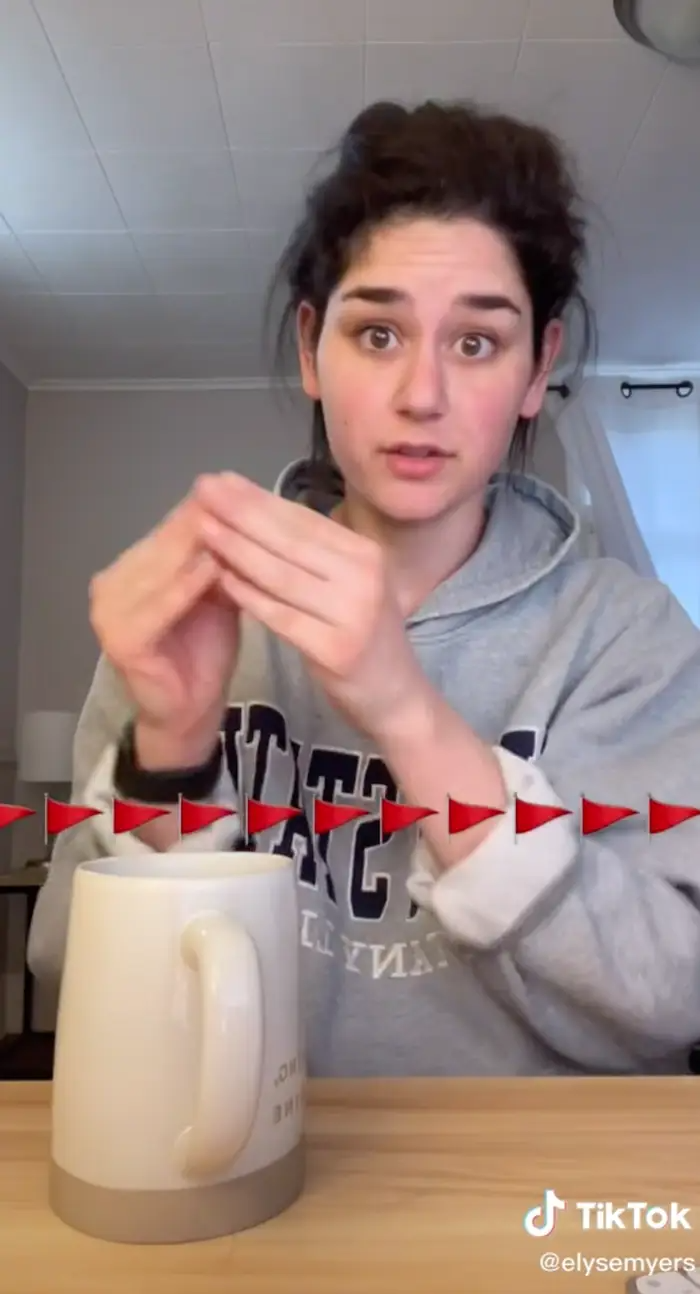 She then drove 45 minutes to his house which is a feat of its own.

"I drive 45 minutes to his house. He's standing outside of it. He walks up to my car and goes, 'I've lost my keys, can you drive us there?' Should I have just left him right there and gone home? Yes. Did I? Absolutely not. He gets in and starts giving me turn-by-turn directions. He could have been leading me to an abandoned warehouse and I still would have been like, 'Left at this stop sign?' OK. We end up at a Taco Bell — which is FINE. I'm like, 'Dine in or drive-thru?' He's like, 'Drive-thru.' I'm thinking, great, he has a plan..." 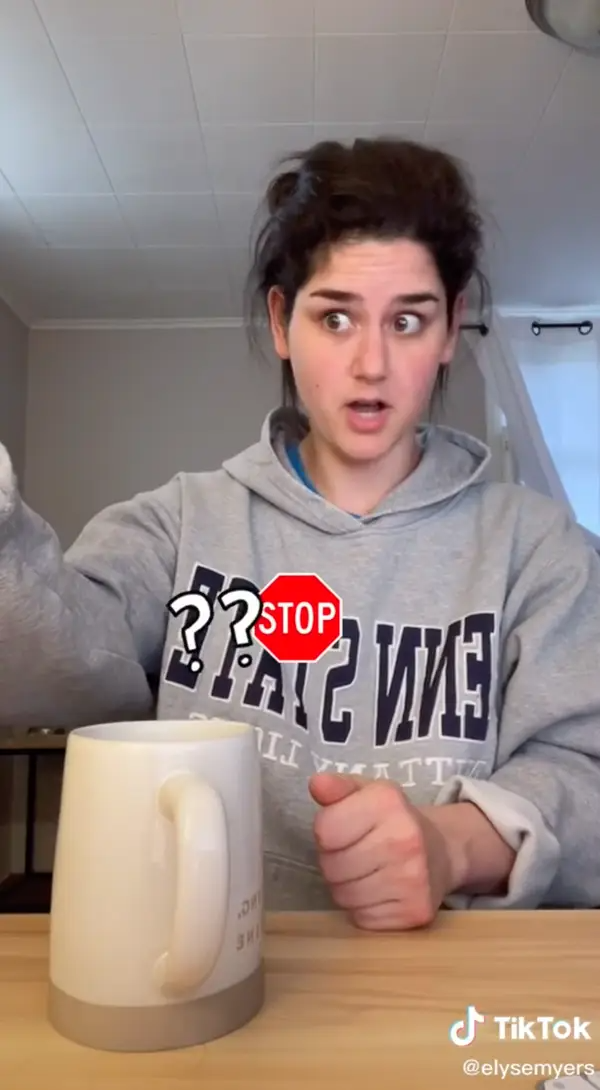 Sadly, reader, he did have a plan and it's not what anyone thought. 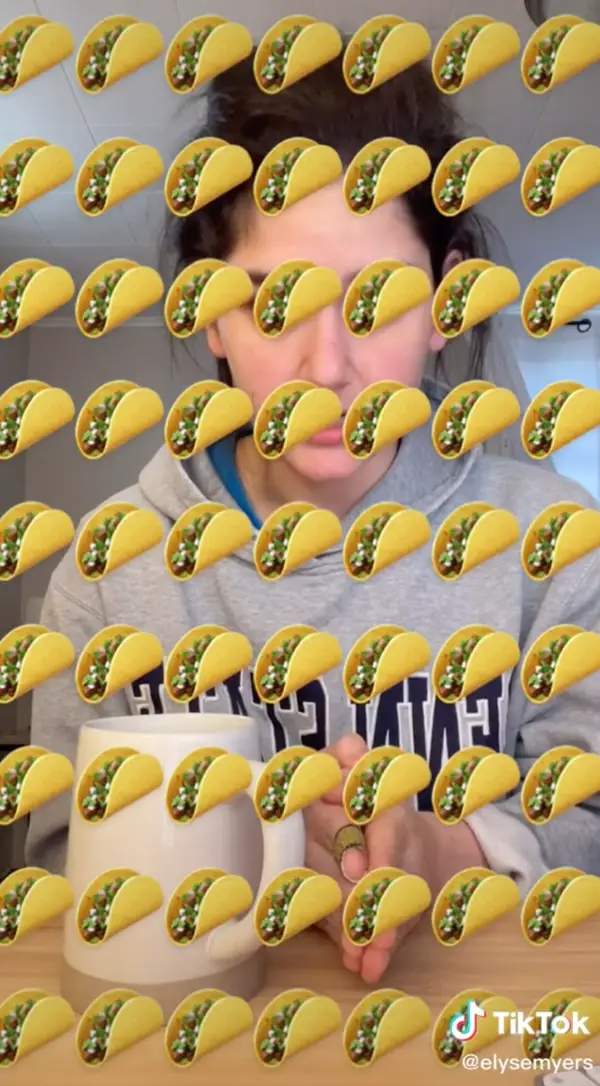 Much to our joy, Myers stuck with this. She was 100 tacos in and not about to back away so easily.

"I buy the 100 tacos and I'm like, 'Where to next?' He's like, 'Back to my house.' And I was like, 'OK, this is happening. I'm just — I'm committed to this now. This is happening.' We get to his house, we walk in, his dad is on the couch. He lives with his dad, it's fine. THE HOOPS I AM TELEPORTING THROUGH TO CONVINCE MYSELF THIS DECISION THAT I'VE MADE IS OK IS JUST WILD. Walk past his dad, into the kitchen..." 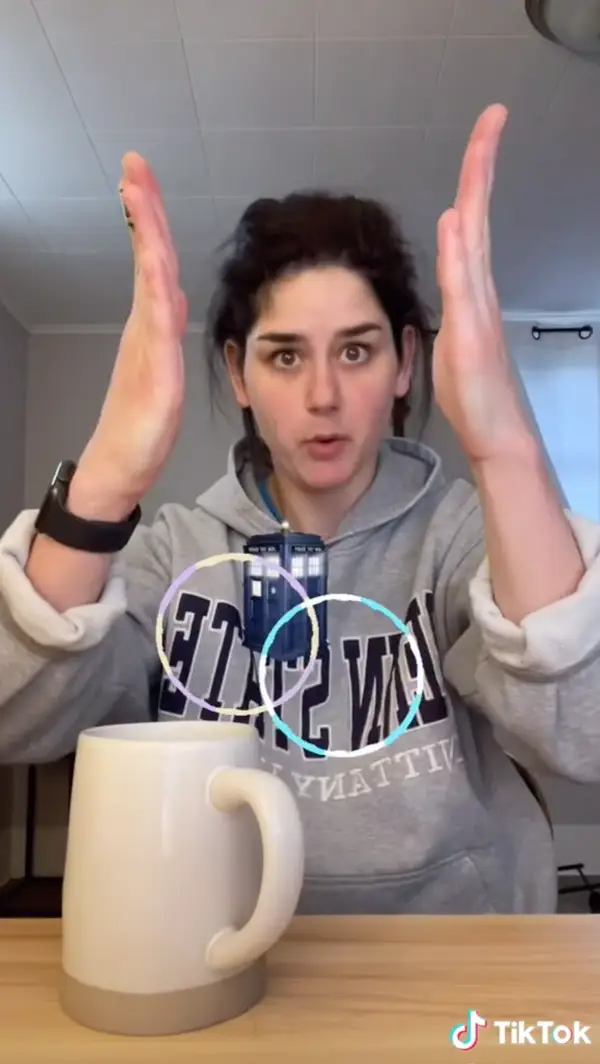 The entire ordeal has us asking whether he was doing all this just for 100 tacos?

"He just starts emptying the boxes of tacos, just releasing them onto the table. Puts two chairs next to the table, sits down, and screams at the top of his lungs, 'Let's FEAST!' I am just calmly unwrapping my taco and taking a bite of it. We are eating hard shell tacos in complete silence. You can hear both of us chewing. It's absolute chaos..." 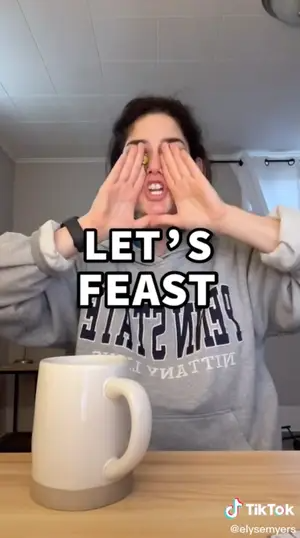 You know it’s a great date when the dad casually strolls in.

"The dad walks up, grabs a taco. There are 100 of them. We have so many to spare. He's eating over us — standing, doesn't sit. Stands right next to the table. Crunches. Mouth full. He just looks at me and goes, 'Do you want to see my studio?' And I was like, 'I have never wanted to see anything less in my entire life.' It was at that moment that I decided this date is completely over or else I was going to be killed — 100%." 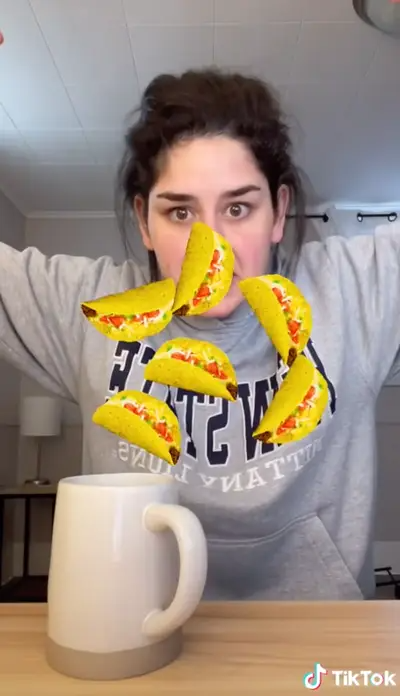 Good on her for grabbing the tacos though.

"I am now just collecting the tacos because I paid for them. I walk out with boxes of tacos in my purse, I look back and I was like, 'Thank you for this experience. You will never hear from me again.'" 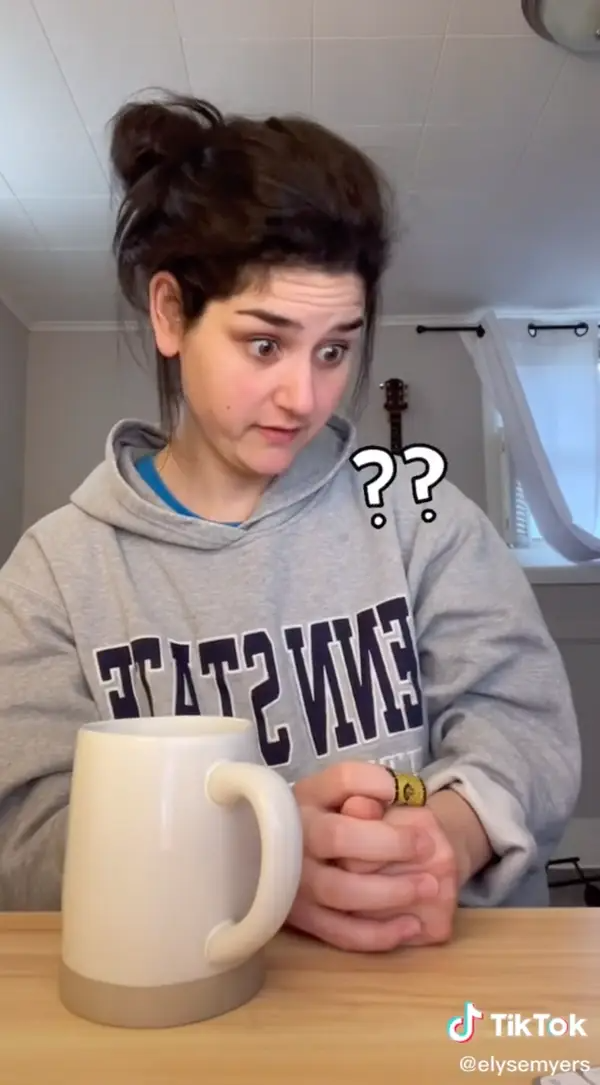 She said that story was only funny now because time had passed and she was safe and sound but at the time, it was an unsettling thing to go through.

"Ten years' worth of time has made this story much funnier than it actually was as it was happening. To be completely honest, it was quite uncomfortable! You have to take into consideration that this date was happening to me one event at a time. It’s easy to look at the story as a whole and think 'I’d never do that.' But I was like the frog in the boiling water, I didn’t realize it was boiling until it was too late!"

When asked about the tacos she said she and her roommate scarfed them down.

"I took all 94 remaining tacos home with me and drove 45 minutes back to my apartment. I ate them over the course of two days with my roommate. At a certain point, we were just eating them out of principle,"

What of Taco Guy, you ask?

"Thankfully, taco guy hasn’t reached out. There are plenty of people claiming to be him, but none of them are him,"