Posted by Abdul Rafay in Amazing On 4th May 2021
ADVERTISEMENT

A mother has given birth to the second-largest baby girl ever born in the United Kingdom, weighing in at a whopping 12lb 14oz. Amber Cumberland, 21, was pregnant with Emilia for the first time when her belly was so huge that doctors assumed she was carrying a hidden twin. 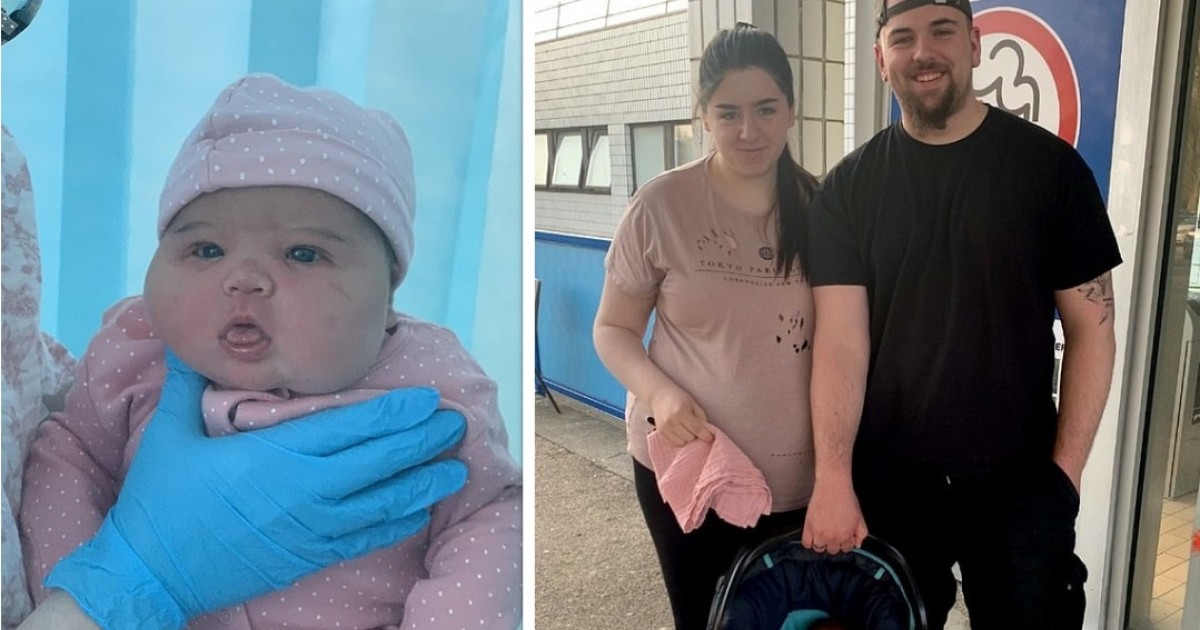 But all became apparent when she gave birth to Emilia on April 16, a 12lb 4oz baby girl who is thought to be the second-largest baby girl in the UK, after a 14lb 4oz baby born in 2012.

Amber, from Aston in Oxfordshire, said: "Doctors thought it was twins during pregnancy because she was so big, even though we could only see one on the ultrasounds.”

"We heard it so much we started to believe there was another one hiding in there.” 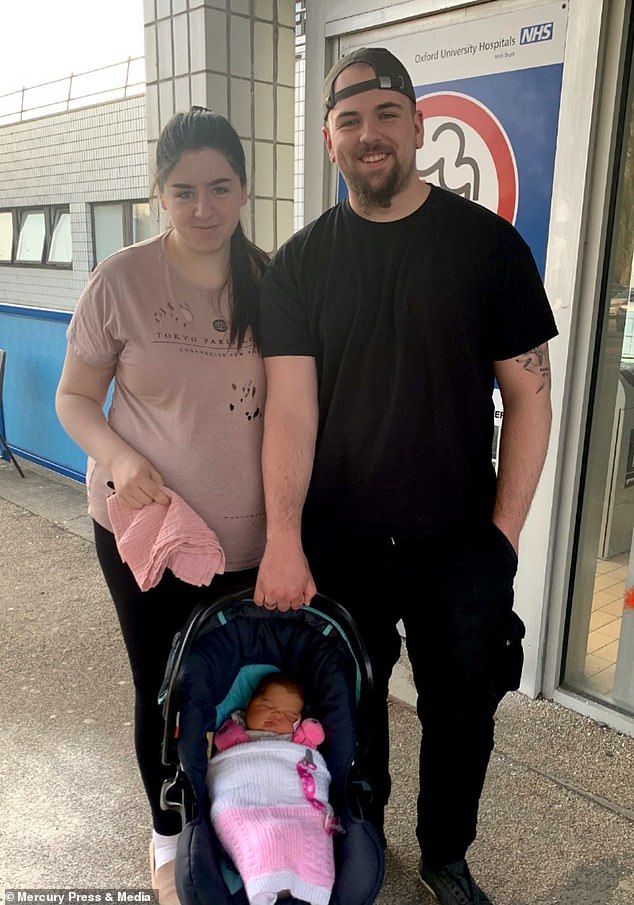 "It became a game when we went to the supermarket to see if we would get a comment about the size of the bump and we always did.”

"When she came out, Scott's face was white and all the surgeons were looking at each other in shock and laughing - they brought her to me and said, 'Congratulations, you've had a toddler.'”

"We were just so glad it was only one baby and that she was healthy." 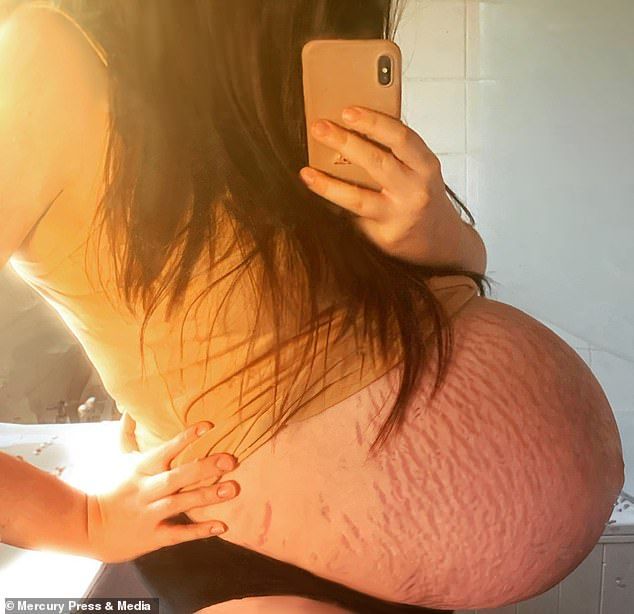 Emilia grew to the average size of a 36-week baby by her 32-week ultrasound, and an additional growth scan at 36 weeks projected her weight to be 8lb 12oz.

Amber was almost two weeks late when she was induced, and she spent the next 24 hours in labor before being delivered by emergency C-section.

Scott Joy, Amber's partner, and Emilia's father was not allowed to enter until she was in active labor, which meant he spent a total of 42 hours in the John Radcliffe Hospital car park over three days before the birth. 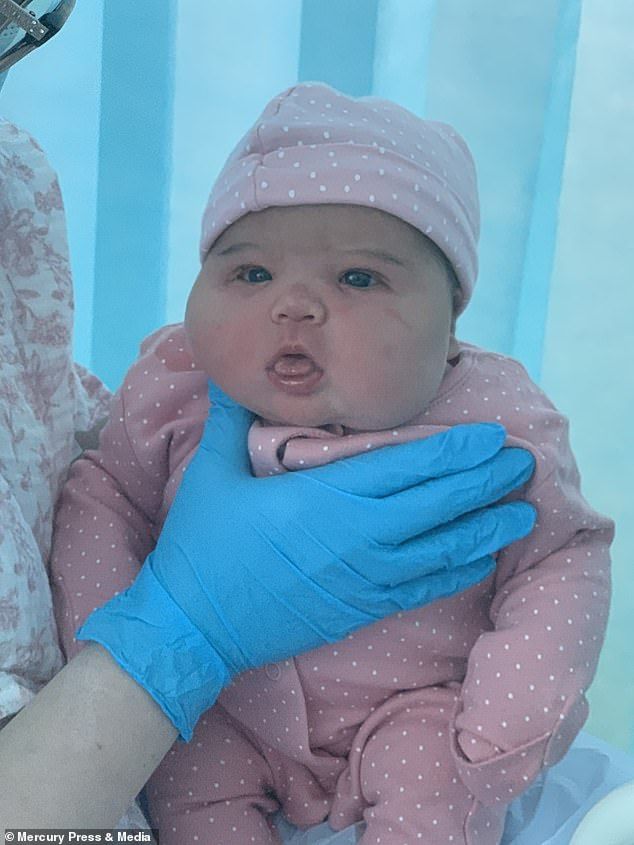 Amber said: "I got to eight centimeters dilated and she couldn't go any further - if she went any further down they wouldn't be able to get her back up and she would've got stuck.”

"During the C-section, it took two people to lift her out and one to hold everything back to get her out.”

"The whole outfit we brought didn't fit her but luckily we had some spare 0-3 month clothes packed and the hospital staff had to hunt down bigger nappies from pediatrics for us.” 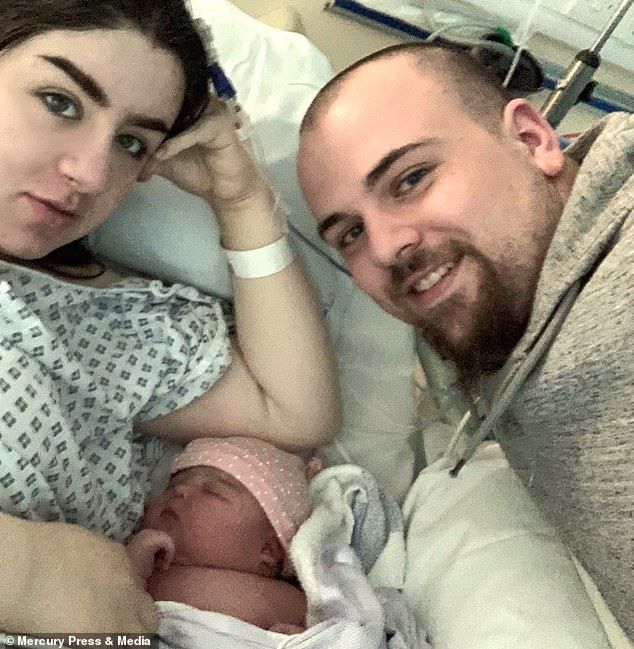 "Nurses at the hospital even stayed overtime to see the weight of the baby and take photos with her because she was so big."

Amber continued: "The bump was so big I got lots of stretch marks and my skin was so weak from being stretched out that they would bleed if I stood up too quickly.”

"My stomach muscles completely split to the point where the doctors could barely distinguish them during the C-section and said they were the worst they'd ever seen.” 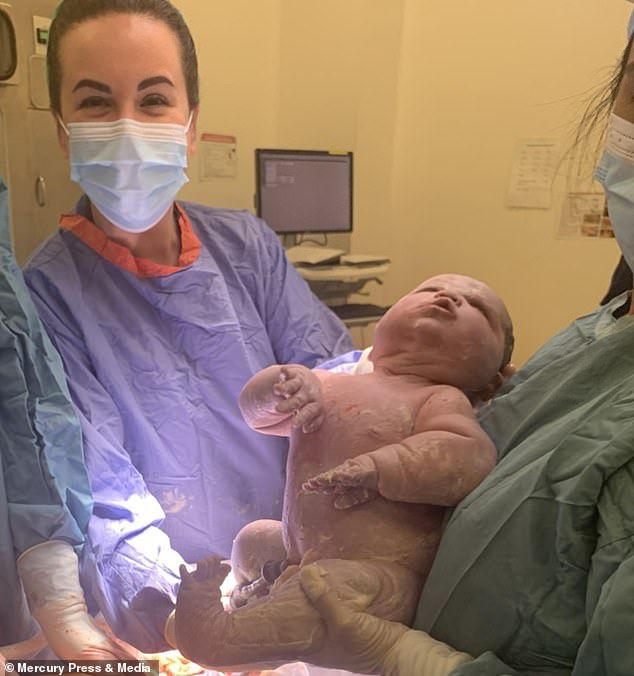 "I also had awful sciatica and compressed nerves in my hips and legs because of the weight of her and I couldn't even roll over in bed without Scott to help me."

Amber is beginning to heal just over a week after giving birth, but she expects the full recovery to take some time.

"I'm still as uncomfortable as when I was pregnant but I do feel a lot lighter and have no more trapped nerves which I'm very grateful for," she said.

"We're both so overjoyed with our gorgeous little girl." 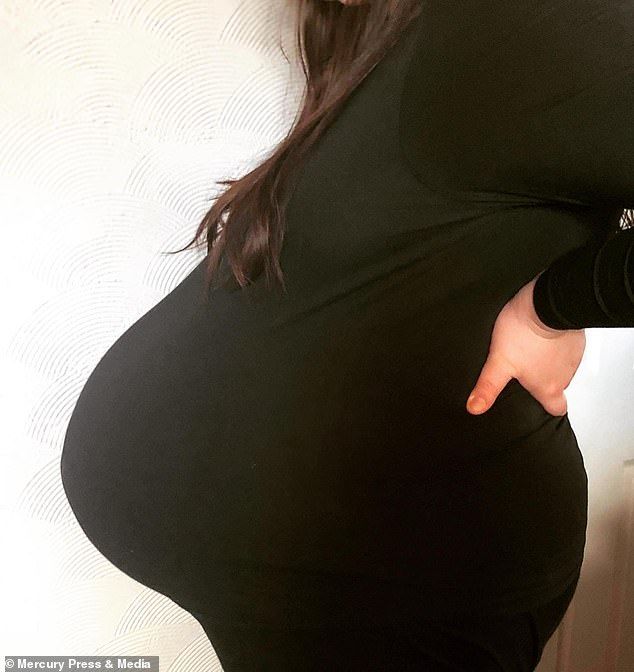