There are all kinds of fun hashtags to follow on the internet. The people who participate are quite clever and bring us lots of laughs. One of the most recent hashtags to pop up is #BadStockPhotosOfMyJob which depicts ridiculous ideas of what the jobs are like. Most of them are so wrong or bizarre that you cannot help but get a good laugh. 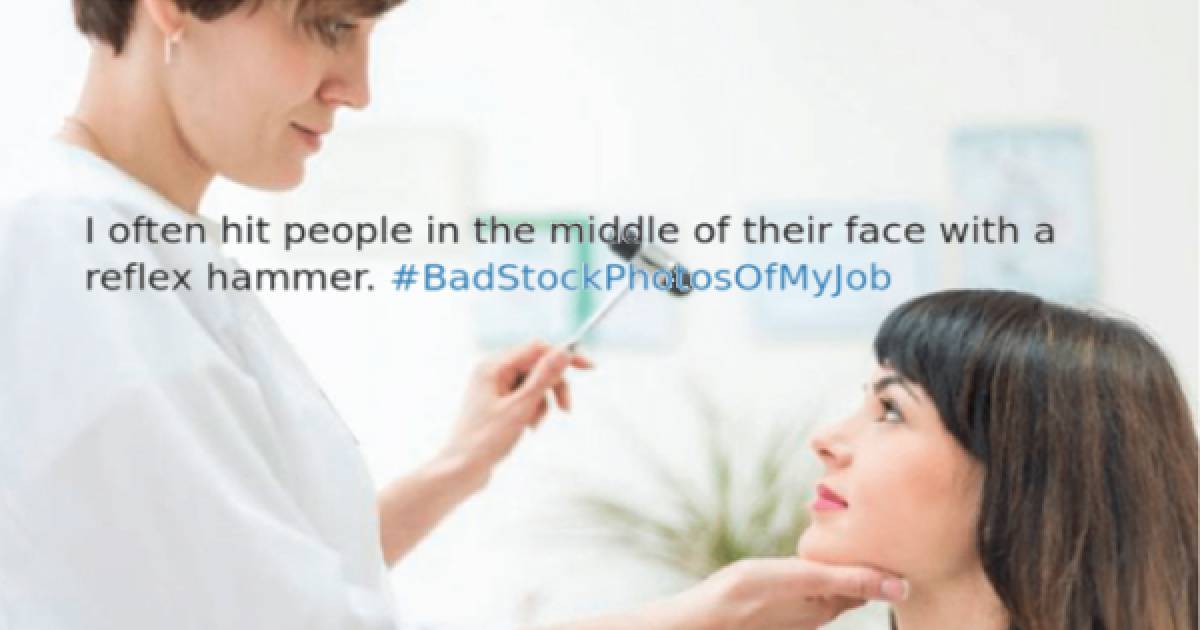 You are more likely to see a graphic designer surrounded by sketches and graphite pencils. This looks like a mashup with a scrapbooker instead. 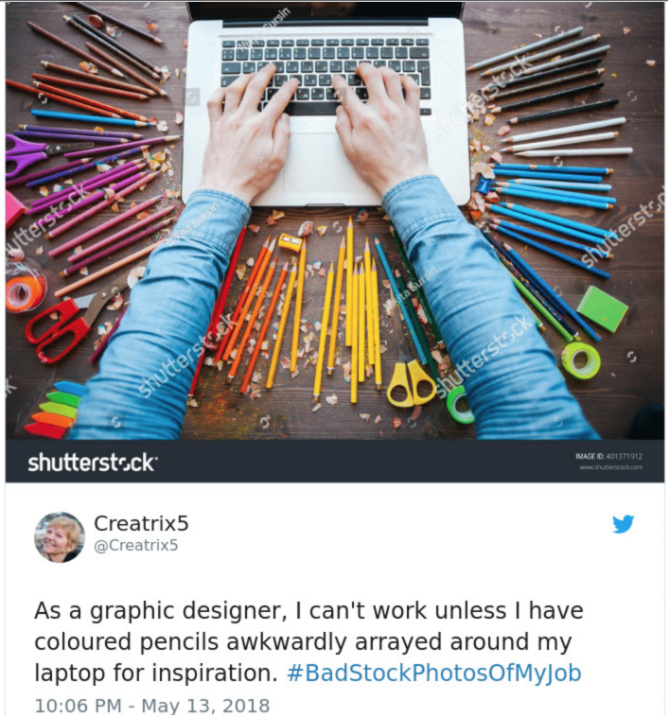 This should be a poster for how to be unsafe in the workplace, like a what not to do type thing. This whole image just screams disaster in the making. 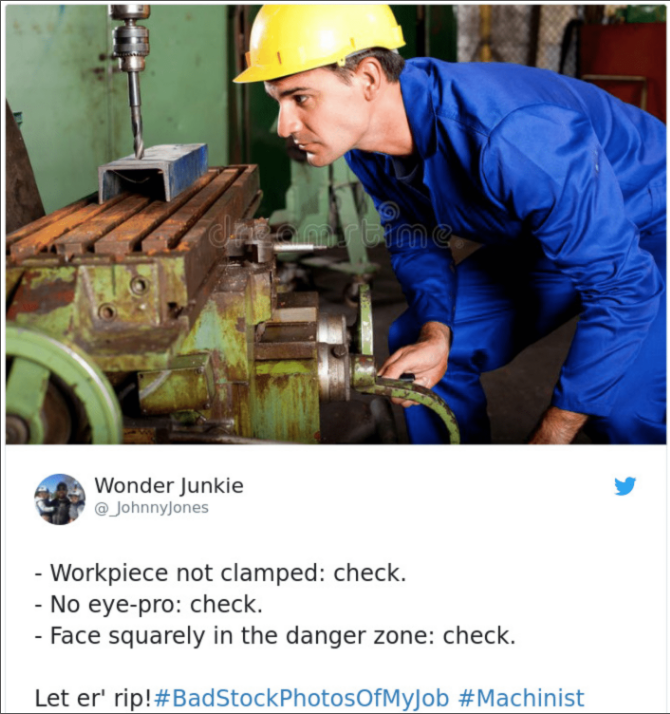 Here is another photo that looks more like a poster for what not to do in the workplace. There are so many dangers here, making this photo truly cringe-worthy. 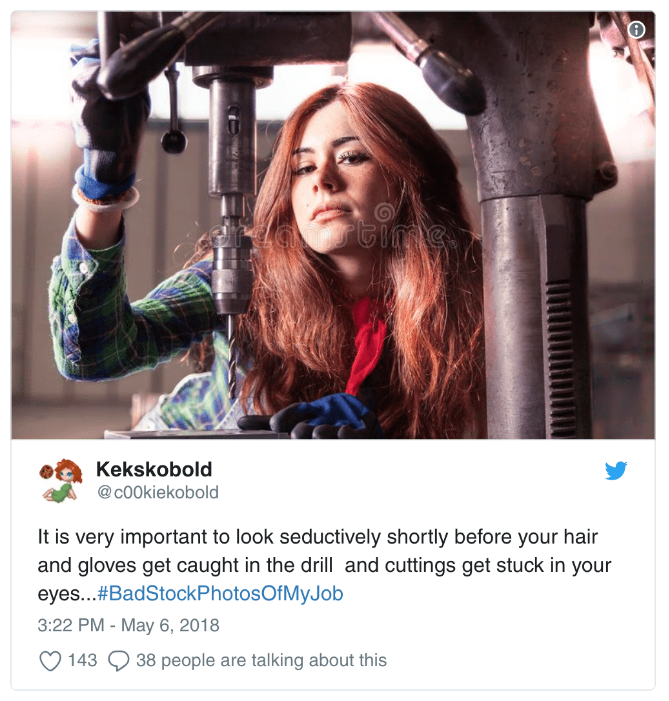 Why is this even a stock photo for a lawyer? There is not a single part of this picture remotely related to being a lawyer except that you have to be human. There is at least a human in the photo. 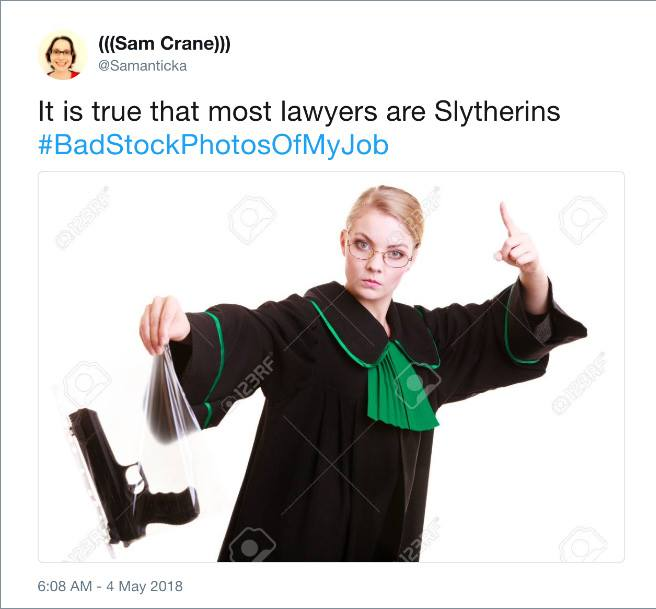 The only thing sexy about architecture is the buildings, not the people. What is up with the guy on the table? That is hardly sexy. They are trying too hard and failing miserably. 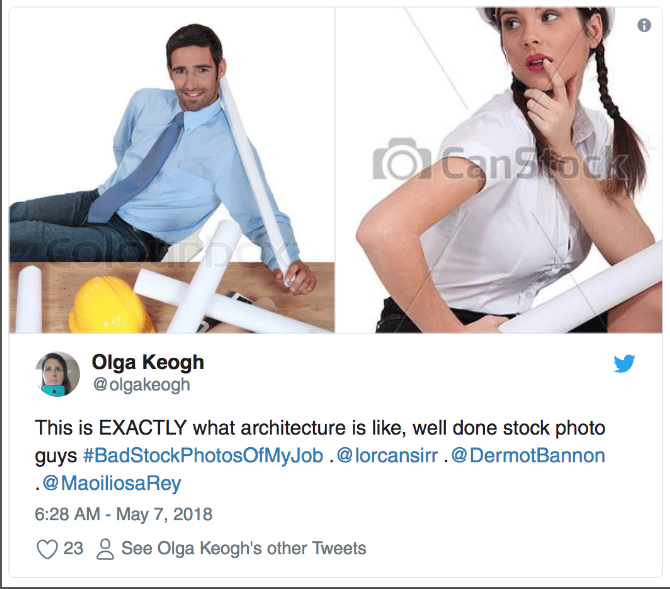 Anyone knows that astronomers study space, but this depiction of an astronomer is so lame that it is funny. Gee, sir. Thank you for pointing to what you study. Now, can you tell us what you really do? Probably not. 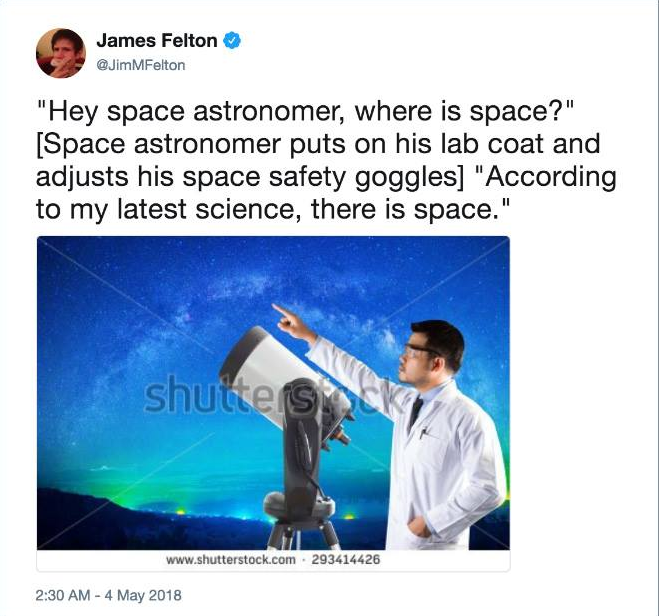 If an apple a day keeps the doctor away, why is he trying to hear its heartbeat? This photo is just confusing, to say the least. 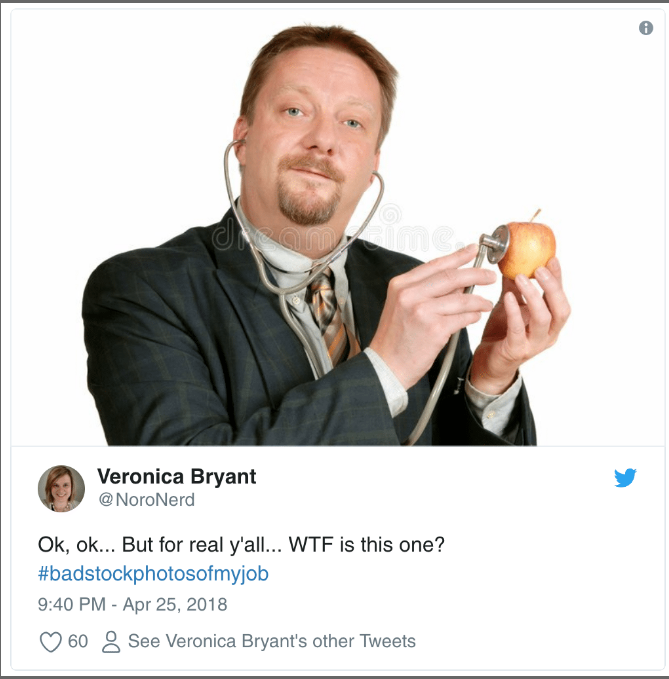 Scientists study a ton of interesting things. You would think whoever created this stock photo would have shown them looking at something better than ice cubes. Ice cubes are not in the least interesting. 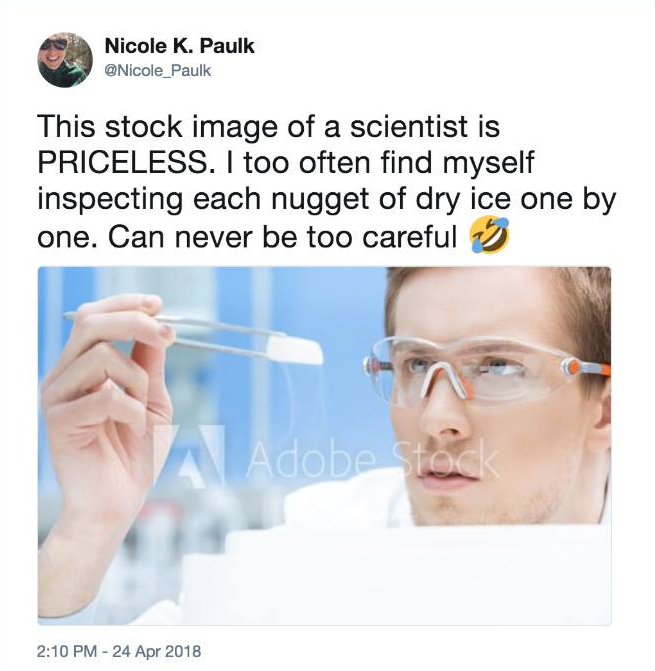 Yes. Every writer dolls themselves up in sexy lingerie and types on an outdated typewriter. The guy writers wear thongs and bow ties as well. 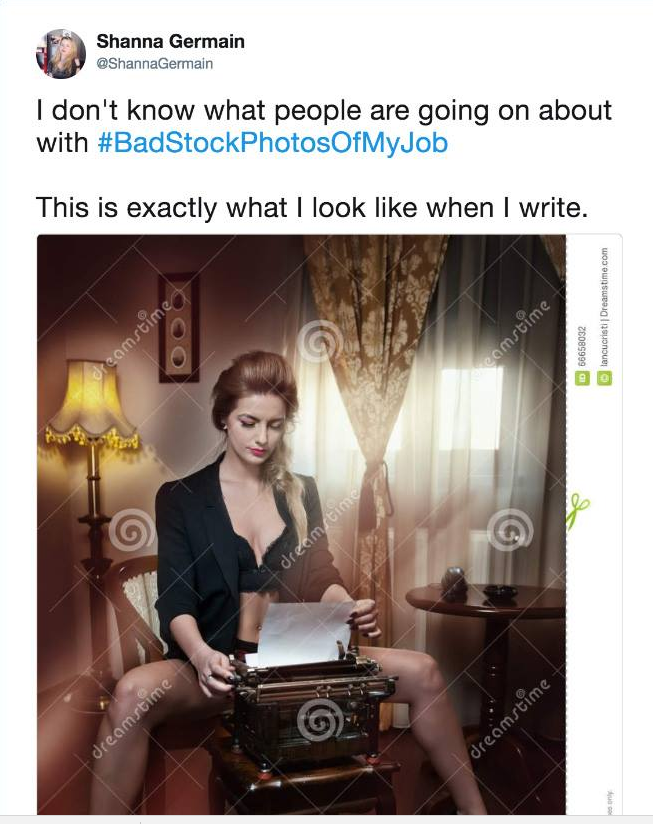 This is extremely accurate. Didn't you know that all coders have these special computers that project lines of code all around them when they work in the dark? It is called an immersion screen, and only coders can own them. 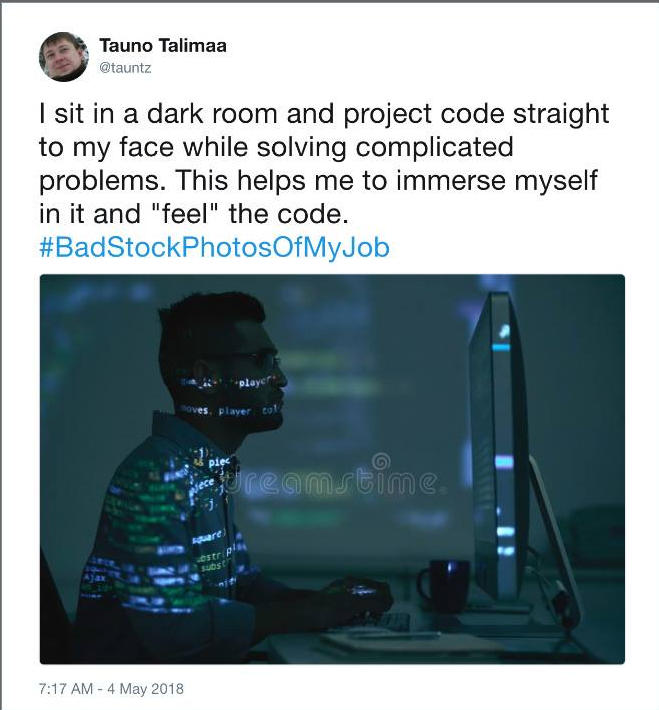 I do not know about the rest of you ladies, but if my Gynecologist gave me a creepy smile and a thumbs up during my pelvic exam, I would be off that table with the quickness. That is just so unprofessional and borderline criminal. 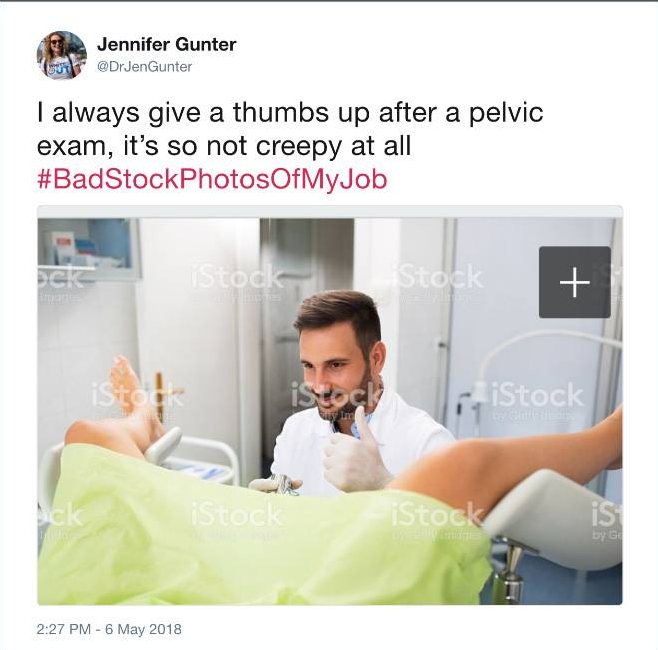 We just can't with this one. The only thing that would make this a worse depiction of what an ecologist does would be if the guy was hugging the tree while listening to the bark.

The first photo is utterly confusing. Why are they not wearing gloves if every other part of their body is covered? Perhaps they are protecting the plants from themselves instead of the other way around. The second photo looks like it was taken in the garden department of Walmart. 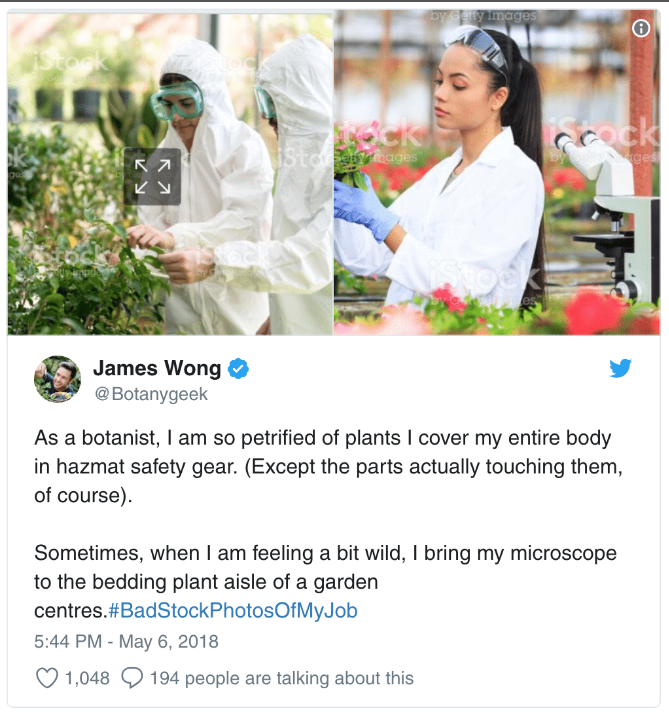 It is important to always wear your regalia otherwise, people will never know how much smarter you are than they are. It makes them automatically refer to you as doctor instead of having to remind them about your Ph.D. every chance you get. 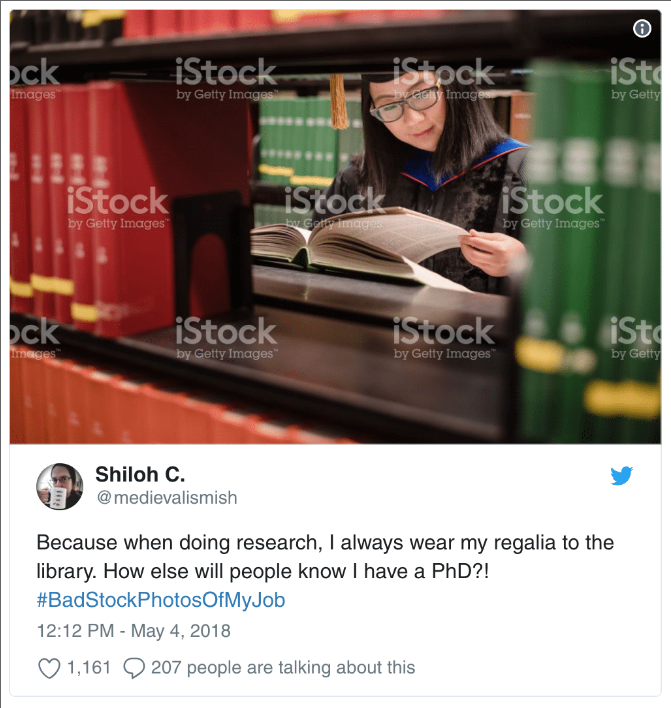 Anyone know where we can find tweezers small enough to pick up pieces of DNA? Maybe Amazon sells them. They sell everything else.