Nature has always been beautiful from flowing waterfalls to stunning rainbows and the erupting volcanoes these are a sight to behold for humans on Earth. But it has always been humans who have played a major part in destroying nature with their careless attitude and not taking pollution damage seriously.

Let us see some rare phenomenon of nature that marvel the Earth only once in a while and we will be considered lucky if we are able to capture these moments on camera. 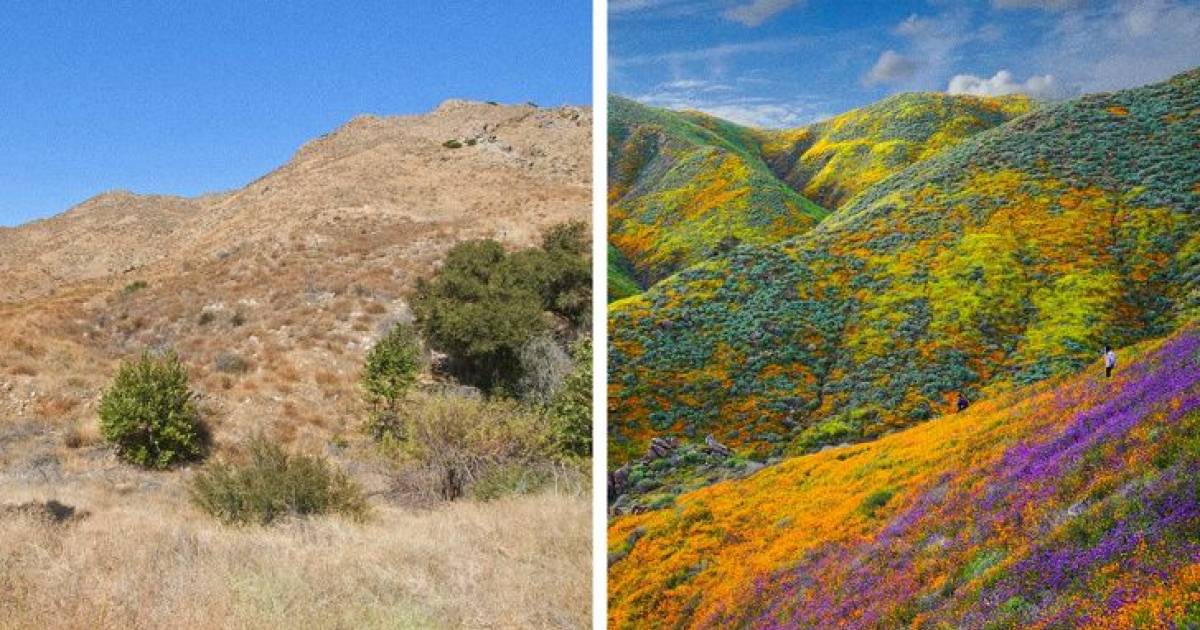 #1 Comet Hale Bopp was seen above the ancient stone circle of Stonehenge.

Comet Hale-Bop became one of the brightest comets in history after it circled the Earth in 1997. It was considered a long-lasting gift for the residents of Earth as the comet could be observed by the naked eye for more than 18 months. 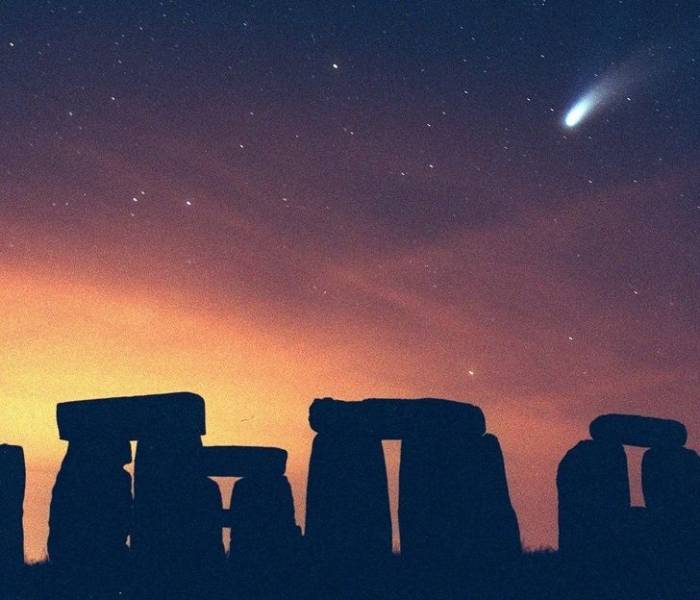 #2 A fog bow that looks like an albino rainbow

Looking at this rainbow, one might panic that they have lost the ability to differentiate colors but this is not the case here. An albino fog bow is like the brother of a rainbow. These are made of tiny mist particles instead of water droplets that give them the eery white look. 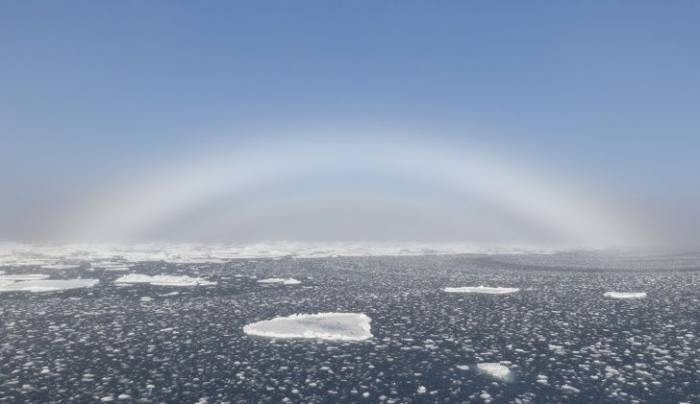 The Kilauea volcano in Hawaii explosively erupted in May 2018. It started throwing ash 30,000 feet into the air and spewed fountains of thick lava that reached the Pacific Ocean.

The burning hot lava traveled a great distance and even destroyed Hawaii’s largest natural freshwater lake and reached beaches too, filling Kapoho Bay. It extended new land nearly a mile into the sea. 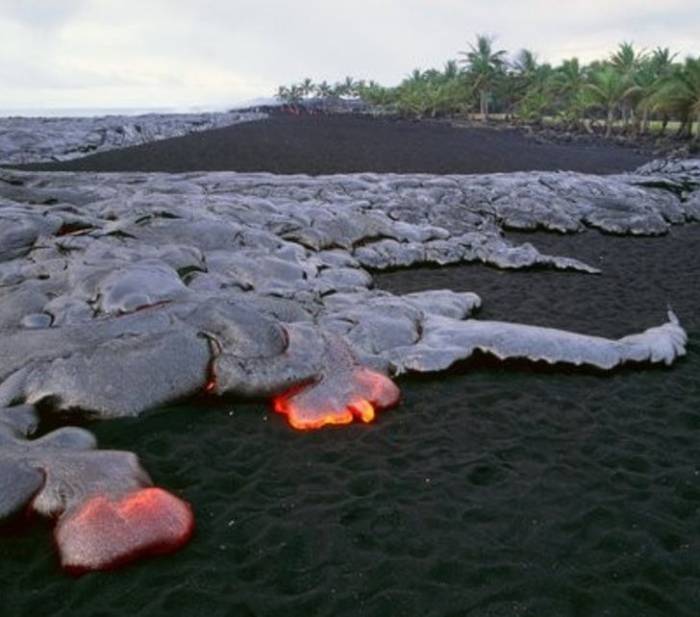 In 1976, Comet West was imagined to be the highest object to pass through the inner solar system. It was at the time when very few comets were observed by humans.

Its nucleus split into 4 fragments, offering a spectacular image of its long tail. 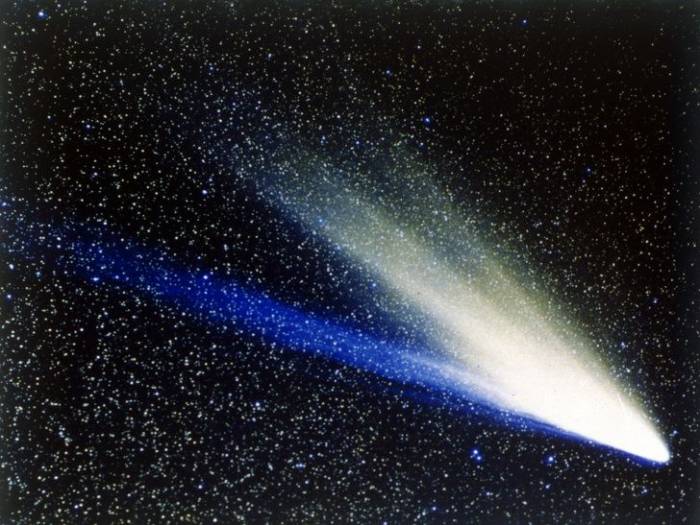 This one is like an extraordinary even that occurs very rarely. Usually, when a volcano erupts, it sheds pyroclastic flow that is a fast-moving current of gas and ashes. Sometimes the strength with which it throws these materials and extremely high temperature generates volcanic lighting that is a sight to behold but nevertheless very dangerous. 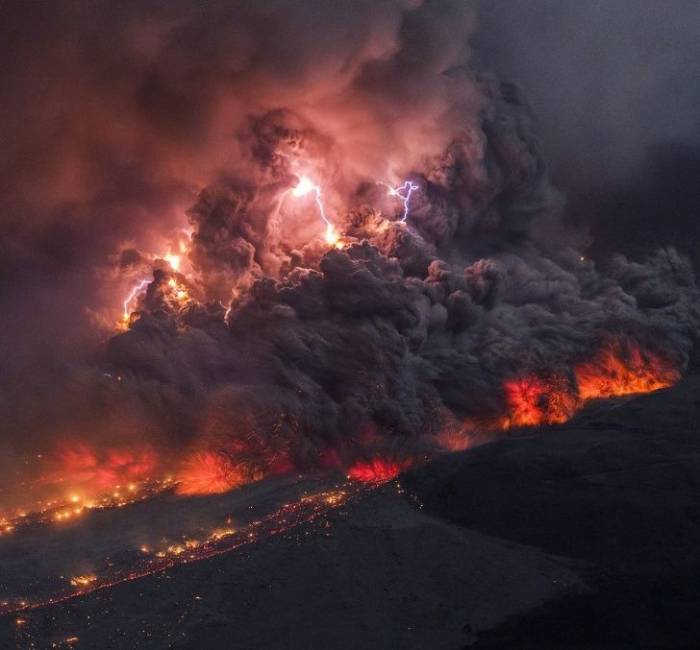 Very few lucky people were able to experience this beautiful phenomenon when Bridalveil Fall, in Yosemite National Park, turned into a rainbow.

This picture may look like a photoshop but nature works in its own beautiful mysterious way. 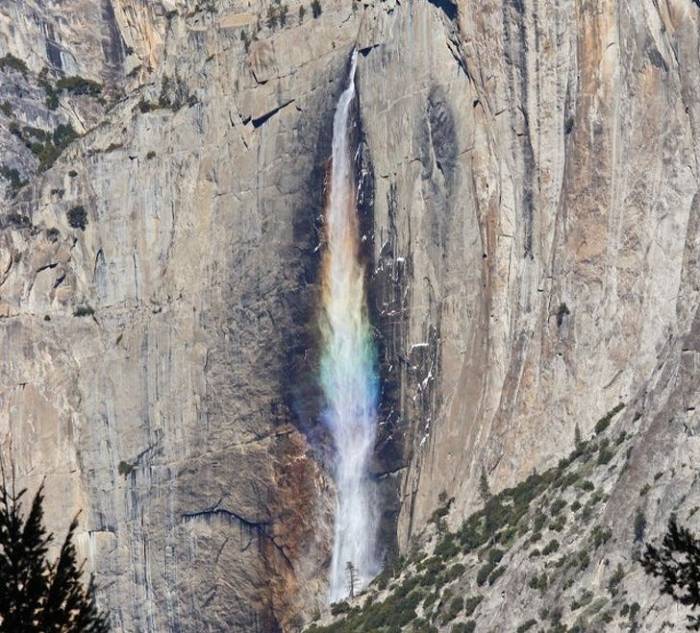 #7 Frozen waves were spotted on the coast of Croatia.

This fierce monster created these heavy waves that got frozen in sub temperatures in 2012.

The sea crashed over benches and lampposts on a promenade and froze on impact. This left the seaside of Senj, Croatia, covered in solid layers of ice that looked like whipped cream. 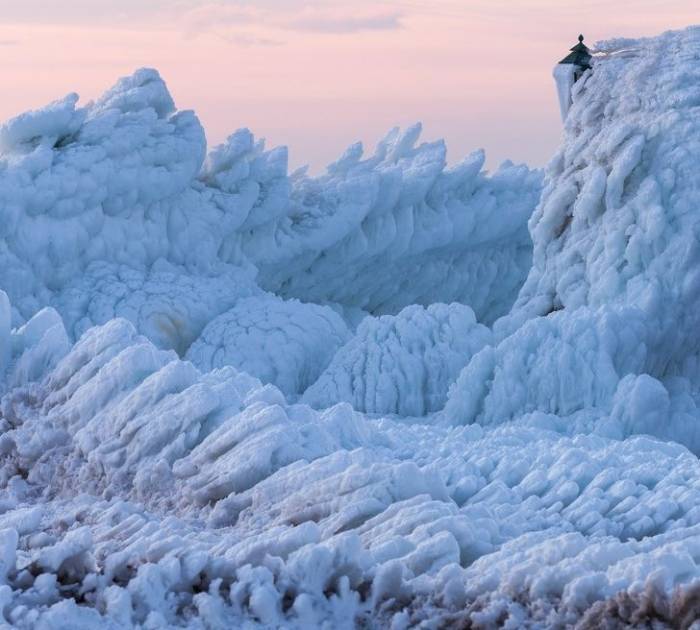 #8 The desert came back to life and turned into an explosion of flowers.

This one is personally my favorite here. The universe is such a mysterious place that if it wants than life can happen even in a dry desert. Superbloom typically occurs in California every 10 years. It requires a storm of conditions ad perfect weather of rain and low winds.

The deserts turn into a colorful field when thousands of wildflowers bloom at the same time. 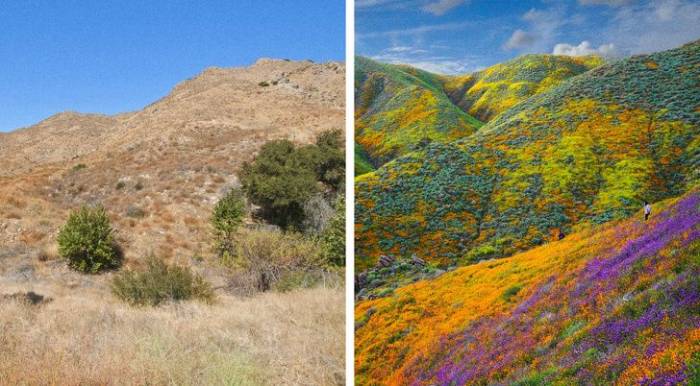 The reflection of light on tiny ice crystals that are suspended in the atmosphere can create a sun pillar.

If the light comes from a sunset, then this even is a magical sight to watch. 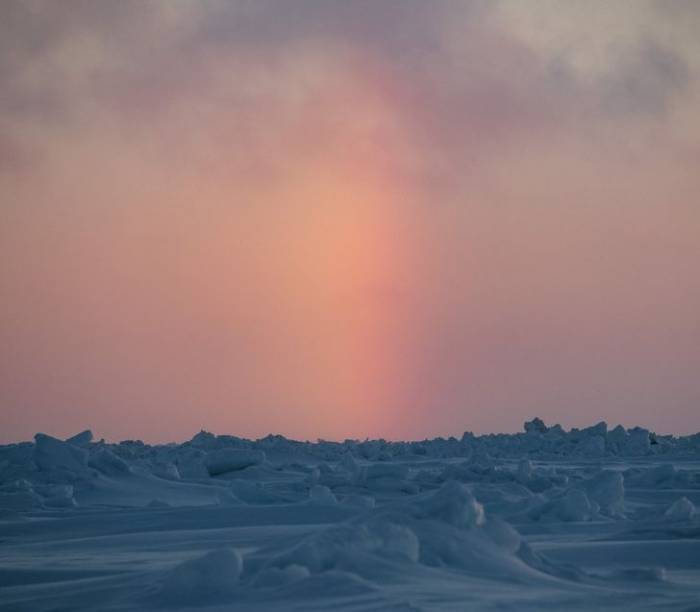 #10 A super blue blood moon rises behind the Parthenon temple in 2018.

On this event, sky gazers can see a huge red ball of supermoon and lunar eclipsed combined at the same time, showing the moon bathed in blood red color. 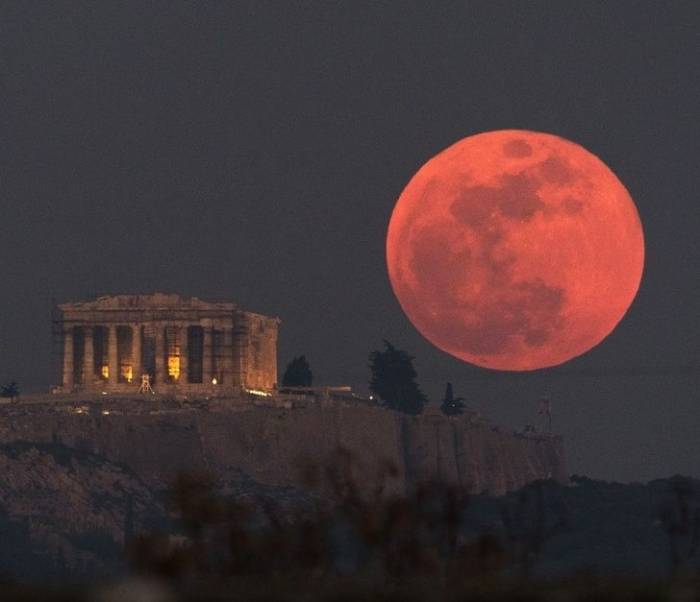 When we see the sky with giant floating bubbles we feel like it is a hallucination. But no it is not an illusion but rather it is iridescent clouds that happen when very uniform water droplets diffract the sunset light. 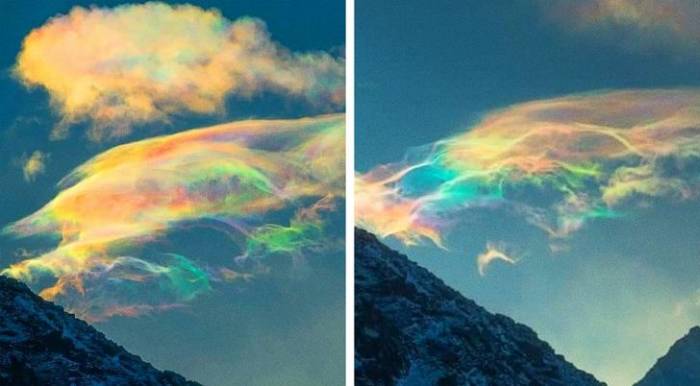 #12 The Himalayas appear for the first time in 30 years.

As the world has gone under lockdown and the levels of pollution have decreased drastically, given back the view of the splendid Dhauladhar mountain range. These summits are part of the Himalaya mountain range and can now be observed even from Jalandhar, 143 miles away. 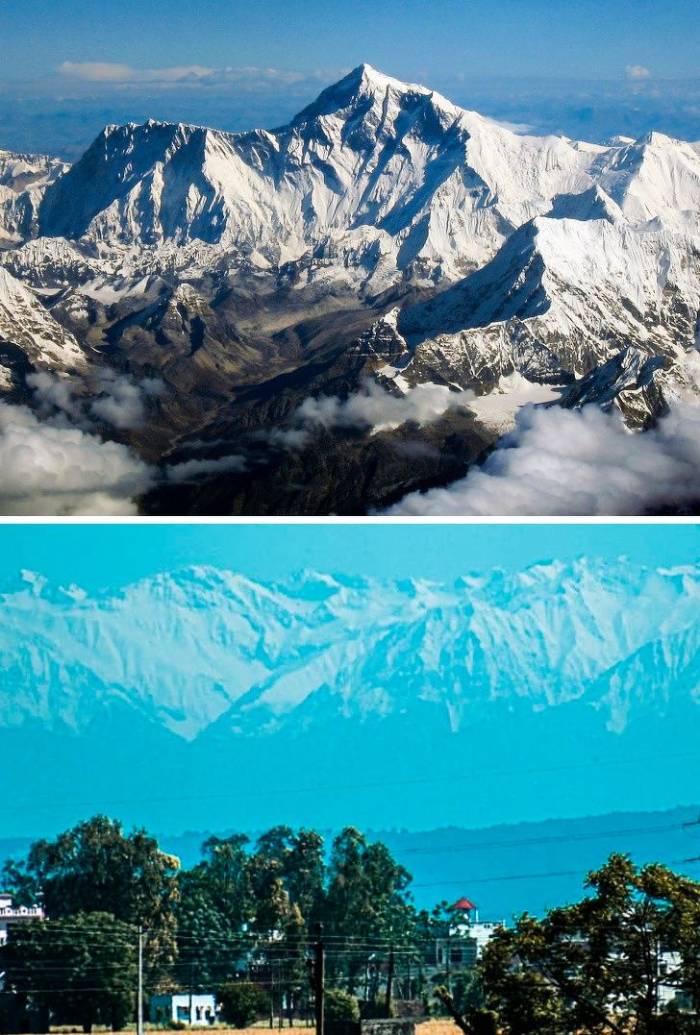 #13 The midnight sunset reflected in a waterfall in Iceland.

The Sun remains visible in Iceland during summer months at midnight local time. Capturing this moment, with just the twilight illuminating the 196 feet of the Seljalandsfoss waterfall, can be a feast for the eyes. 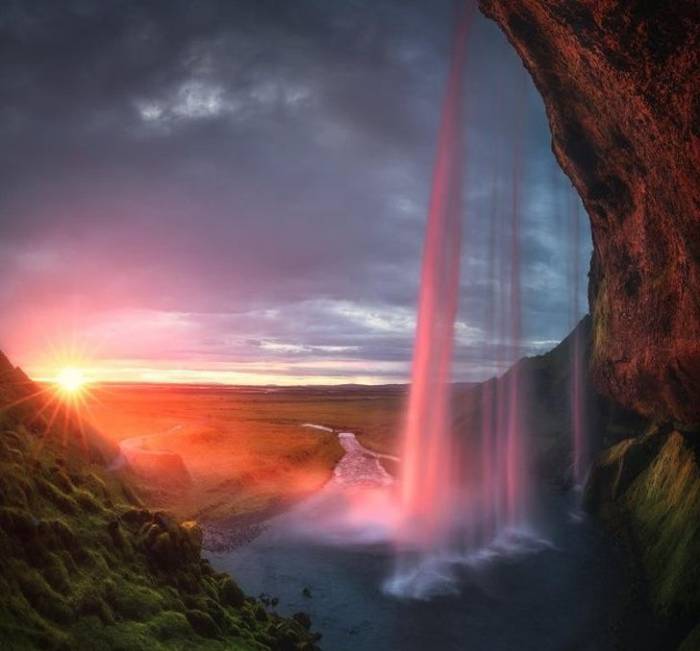 #14 A fallstreak hole — a circle that opens in the heavens

Imagine on a cold breezy day with dense clouds you see a hole through the sky. The scenery definitely sounds heavenly?

It is called a skypunch or a fallstreak hole. It occurs when a large number of tiny ice crystals break into the cloud layer causing the droplets to evaporate. It’s all physics, but a magical one.

#15 Snowfall in spring in Tokyo

It is not very surprising to see snow in Tokyo but it definitely comes as a shock when it happens in April when the cherry trees blossomed.

Tokyo gets snow about 7.6 times per season, mainly in January and February. And this was the first spring snowfall in 32 years.