The Most Brutal Ways People Have Been Rejected

Posted by Annie N. in Relationships On 20th November 2021

People share the worst ways they've been turned down and the stories are brutal. Relationships are hard and these stories are just painful to read. 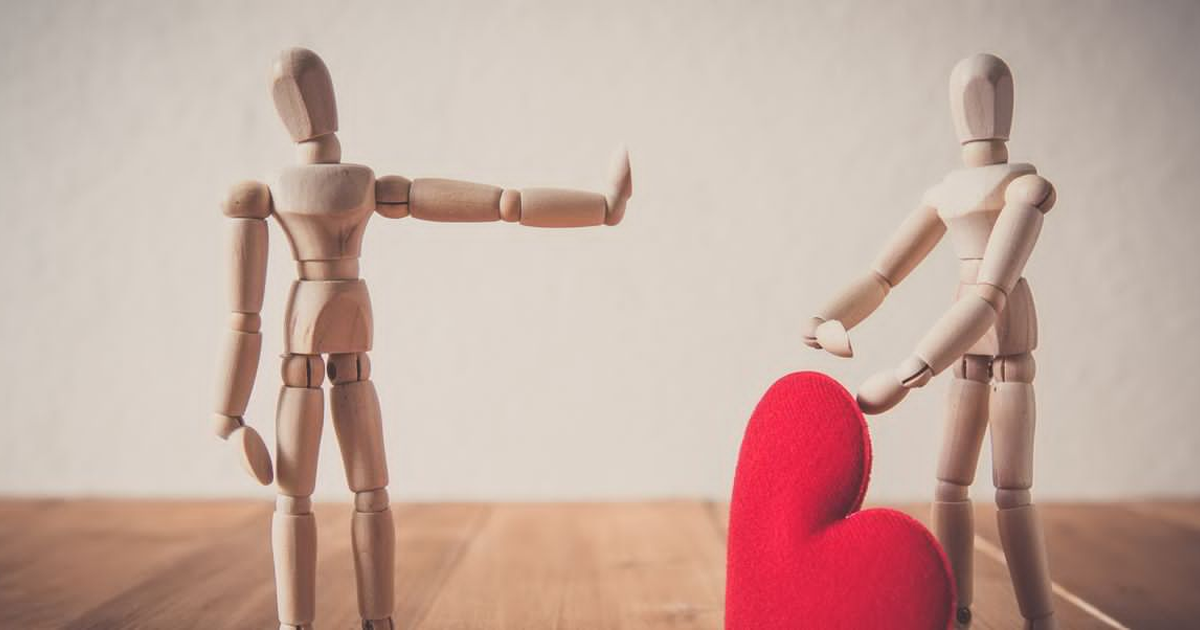 This is a reminder that she doesn't want to go out with you...again.

Imagine 2 girls fighting over you. No, not like that. 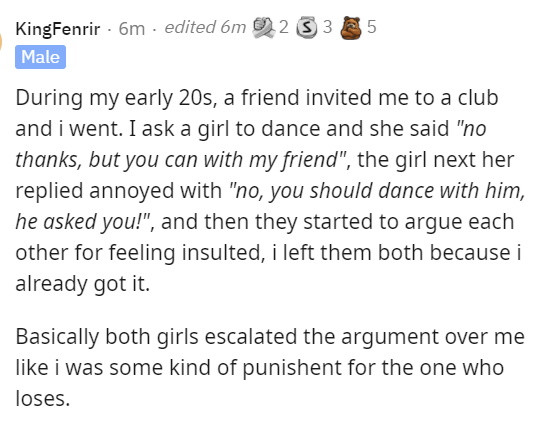 Curses! Betrayed by the Cheese & Onion 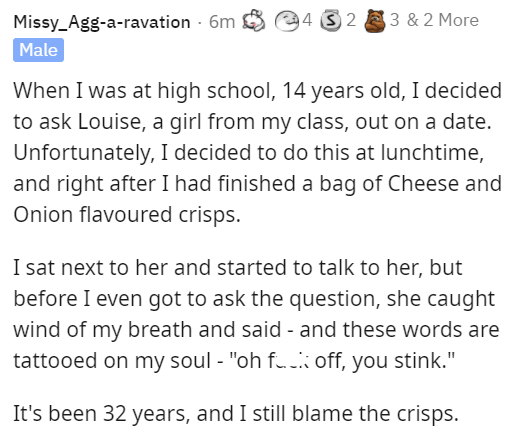 Some hurts just never go away

Never approach a woman while sporting the pedo-stache. Actually don't approach anyone. 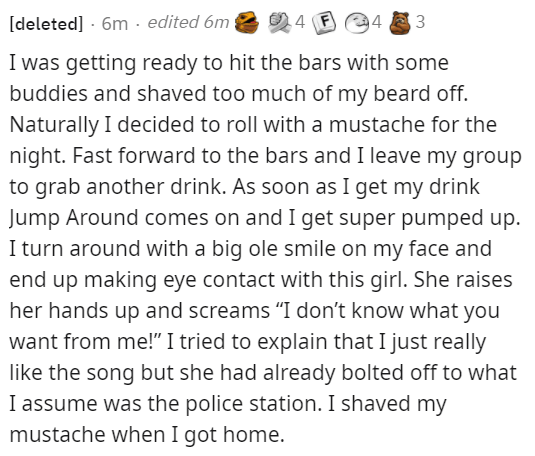 Do you have a feedback form she could fill out? 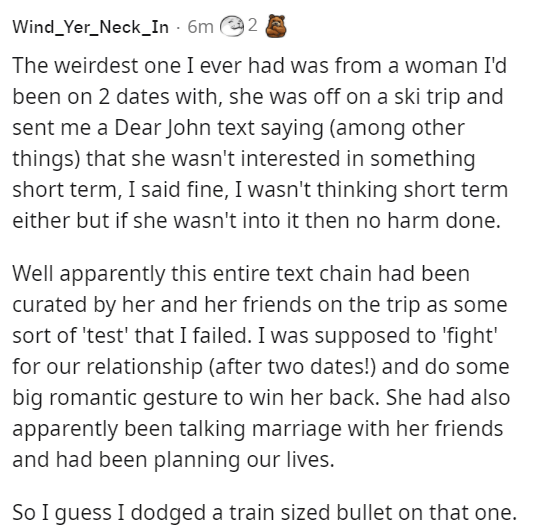 Fs in the chat 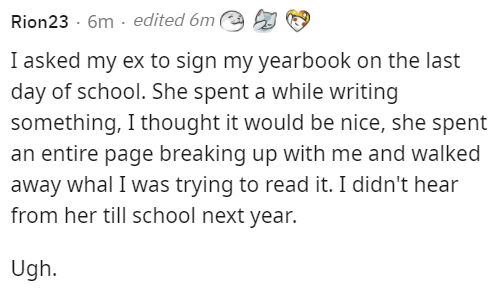 Her PR department works 24/7 and deemed him unfit. 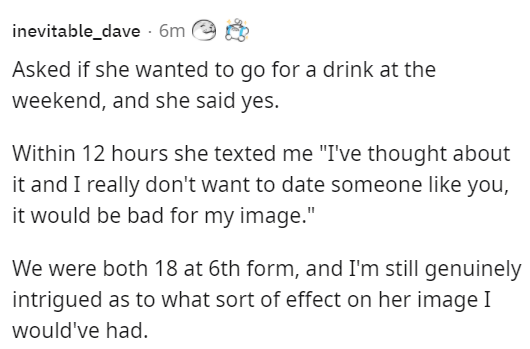 Missed connections are brutal on their own

At least she was honest.

In the void beyond the friend zone where there is no concept of time and space? There.

Now we need to hear the joke.

Twist the knife harder won't you?