The Top 10 Happiest Countries In The World In 2021

United Nation’s annual International Day of Happiness on March 20, the results of the 2021 World Happiness Report have been released 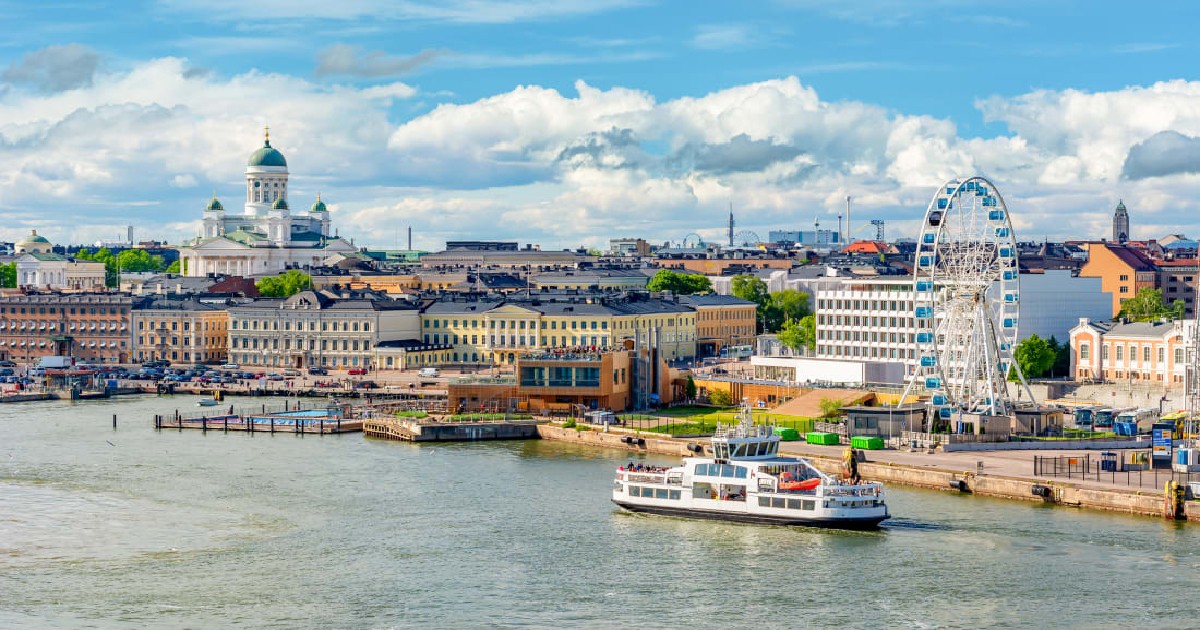 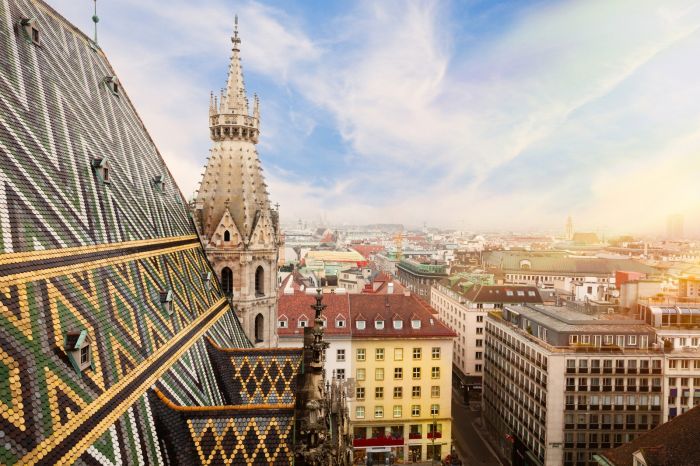 Rounding out the Top 10 happiest countries list is the European nation of Austria, famed for dreamy landscapes with rolling green hills and pristine lakes, world-class architecture, culture, and PRETZELS. Delicious, warm, fluffy pretzels. Who wouldn’t be happy here? From skiing in the Alps to classical opera in Vienna, there’s so much to do and see in this magical land. 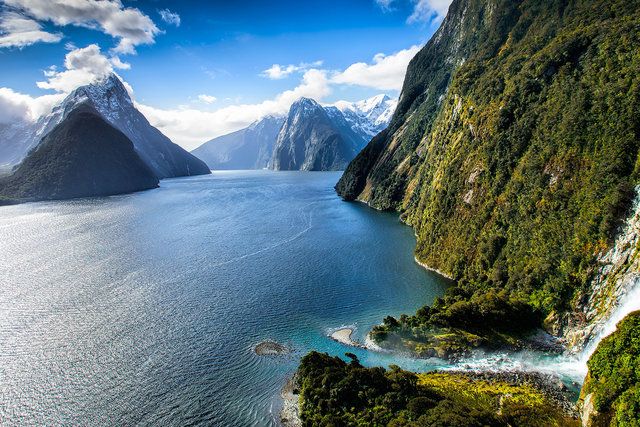 With a sprawling coastline of beautiful beaches, jaw-dropping mountain peaks and adventurous activities, we’re not shocked to see New Zealand placed so high on this list. Especially when considering the strong link between outdoor spaces and happiness that the report established in 2020. The diverse landscape, a strong sense of community and the strength of Jacinda Ardern’s COVID-19 response have all contributed to the high-ranking happiness of Kiwis this year. 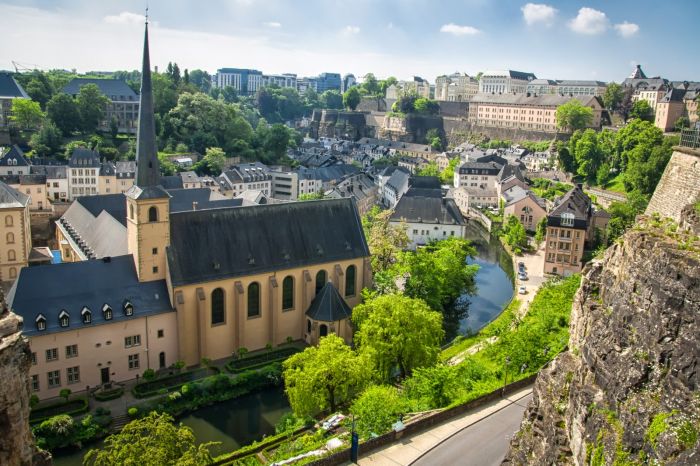 Luxembourg made quite the upward leap—from 14th to 10th—bumping top 10 darlings Canada and Australia down a few pegs. With a population under 600,000, the small country offers high salaries and a strong social security system to help its citizens after retirement.  The country has many other perks that have nothing to do with cash, including a great healthcare system and excellent work-life balance (probably due to the mandatory five weeks of vacation time). 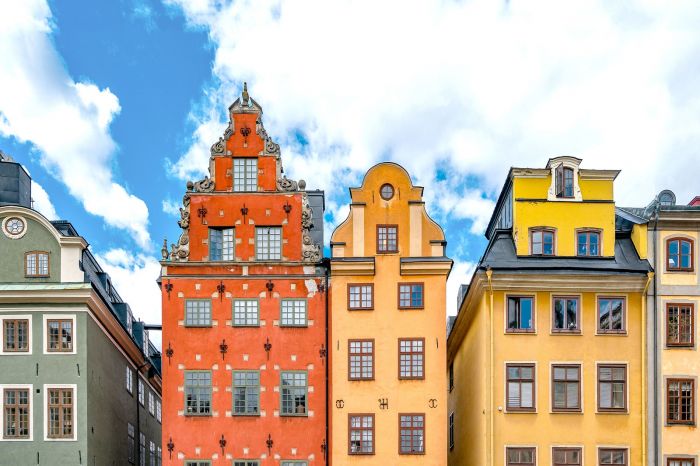 Sweden combines incredible natural sites like glaciers and deep-blue archipelagos with a cosmopolitan capital in Stockholm, providing the best of both worlds on the report’s happiness index. Considering the report also greatly considered the role that trust in your government plays in ‘happiness’ – and the importance of work-life balance – it’s not surprising to see Sweden so high on the list. Sweden is considered to have one of the best welfare systems in the world, with Swedes receiving benefits such as subsidised prenatal care, 480 days of paid leave when a child is born or adopted and plenty of other healthcare and workplace benefits. 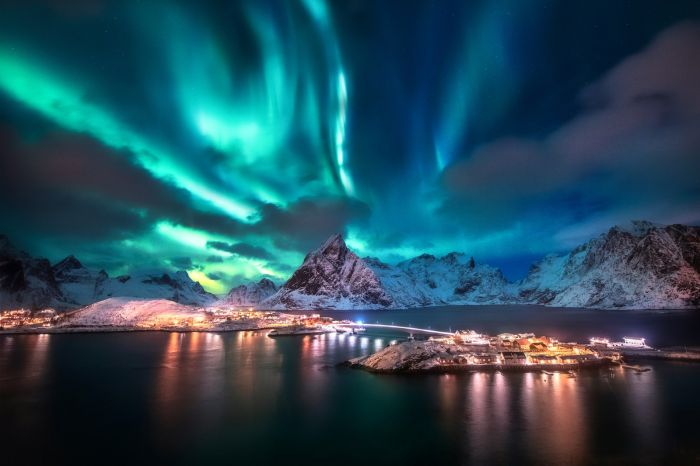 The mix of a well-integrated government welfare system and a thriving economy built on responsible management of its natural resources (good riddance, fossil fuel-powered cars) means that very few are left behind, and the feelings of social support, trust in government, and economic well-being that come from that all contribute to overall happiness. 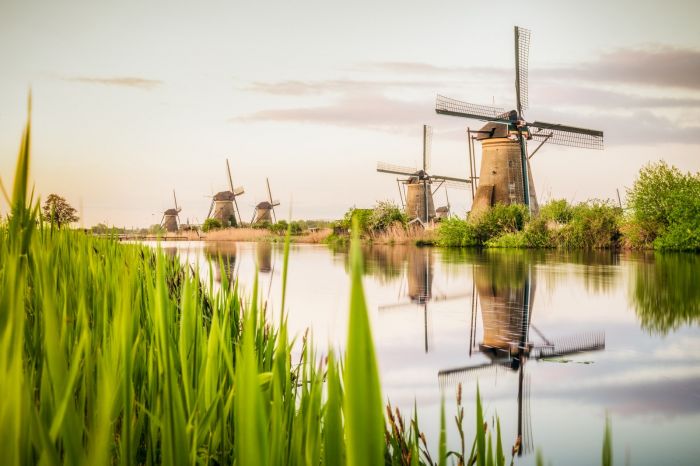 Canal-lined cities, fields of tulips and Kinderdijk windmills are just some of the things that spring to mind when picturing the Netherlands. Famed for its cultural capital, Amsterdam, this nation is a huge draw for lovers of art and history – but don’t sleep on the green valleys or stunning national parks. With so much to explore in the Netherlands, it’s an obvious candidate for the top 10 happiest countries to live in – and explore – in the world.

Another over-achiever, Iceland has appeared high on the list of happiest countries many times before. The island, which sits in the North Atlantic sea off Europe, has seen a boom in tourism in recent years, with many nature-loving travellers flocking to the green hills and dramatic sites. Not to mention, it’s one of the best places to see the natural magic of the Aurora Borealis (or the Northern Lights). 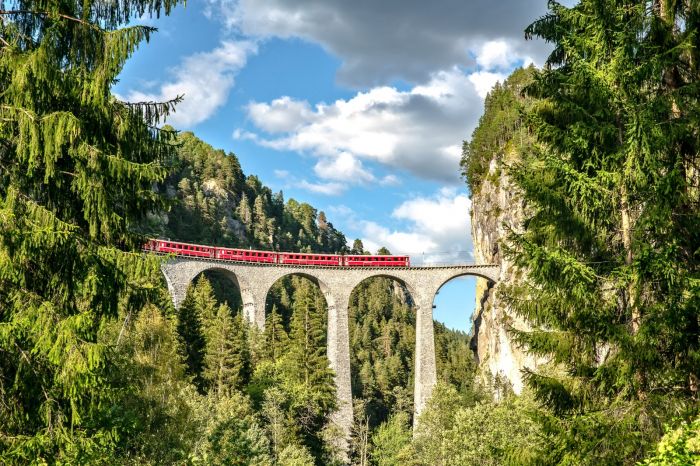 Back in 2015, Switzerland was named the happiest country in the world and this European country is still one of the most joyous places on earth. Switzerland is famous for its natural beauty with the Swiss Alps, Lake Geneva, the Eiger and the Matterhorn. Considering the report’s suggestion in 2020 that there’s a direct link between green spaces and happiness, it makes a lot of sense to see this beautiful nation at number three. Plus, it’s the home of chocolate. What’s not to love? 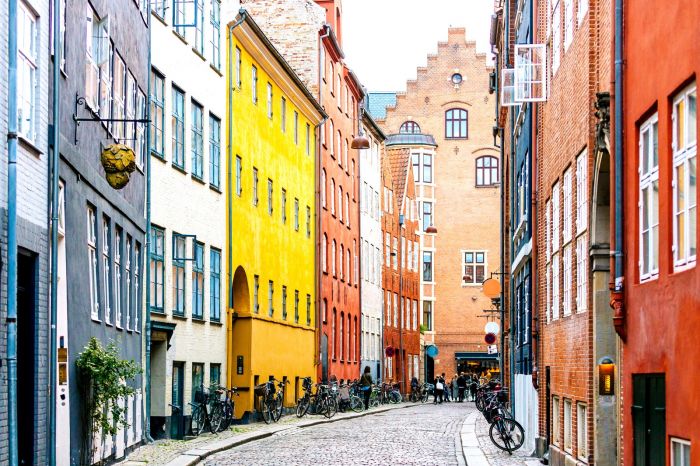 Denmark won the top spot in 2012, 2013 and 2016. But, despite not taking out #1 this year, they’re clearly still maintaining the happiness of their people. The Danish are known for their laidback attitude to life, while their capital city Copenhagen is routinely listed as one of the most liveable cities in the world. From the iconic amusement park Tivoli to the beautiful coastline, there’s no shortage of ways to keep yourself occupied in Denmark. 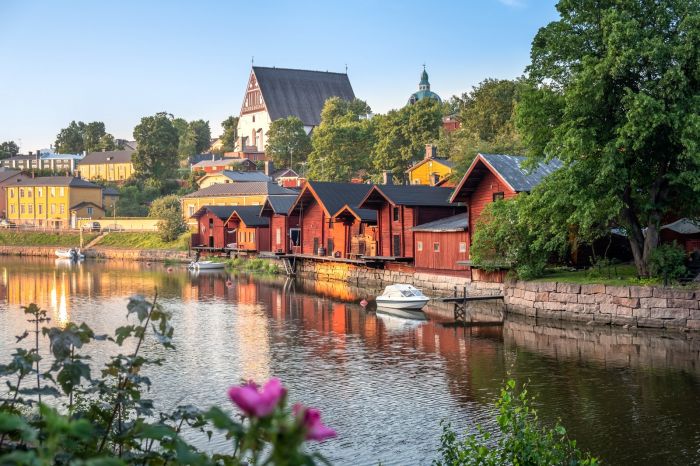 And in news that should surprise absolutely no one… Finland has once again been named the happiest country in the world to live in! This is the fourth year in a row that the Finnish have taken the top spot, with the nation’s people reporting a strong satisfaction with life and confidence that they live in a place where people take care of one another.

We’ve long loved this land of excitement and wild beauty. Whether it’s skiing or snowboarding at resorts like Levi, Ruka, and Saariselkä, trekking in the Riisitunturi National Park, or trying local cuisine in Helsinki, there are so many different sites to interest all travelers. Keen to pay a visit to the happiest country in the future? Check out our guide to Finland here.