The World Is Full Of Crazies, But Florida Really Has The Most Crazy People Than Any Other State

We live in a day and age where people are crazier and crazier. Back when most of us were growing up, we did not have to fear half of the things we fear today. Children used to be sent out of the house to play from the time they woke up until dinner time. Most of the time, our parents had no idea where we were, but the world is much scarier now than it was then. The world is filled with crazy and deranged people now, and Florida seems to have the most. These headlines are so crazy that they are almost unbelievable. 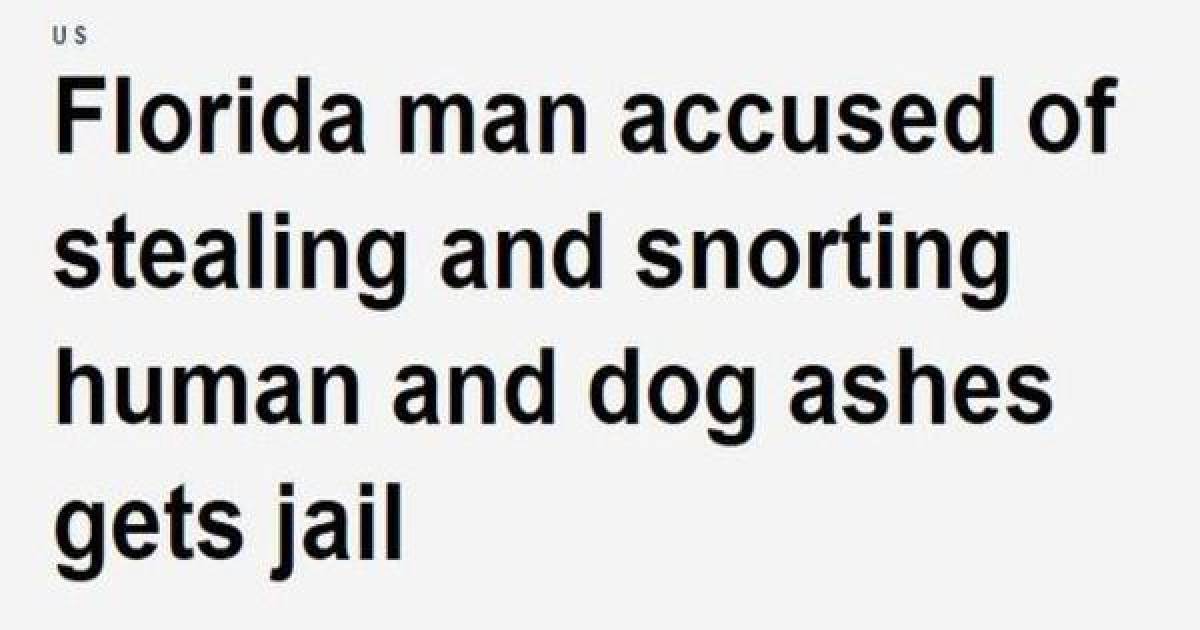 Some guys just do not take breakups well. It is especially hard to deal with when you are broken up with via text message. This dude was so mad at how his ex broke up with him that he took his 14-year-old son with him while he set the poor woman's car on fire.

Some people just have short fuses and blow up over the slightest things. This guy totally lost his shit when a corn dog went missing and killed his roommate. Talk about someone who needs to take a chill pill.

Most people rob places and take things of monetary value, whether it be cash or electronics. But, this guy stole two cases of cheese, which have no monetary value on the streets. He must have been a big cheese lover.

Oh, Florida. Are all of these people really native there? What is in the water? This nutjob covered himself in ketchup and started verbally assaulting anyone around him. What a whacko! 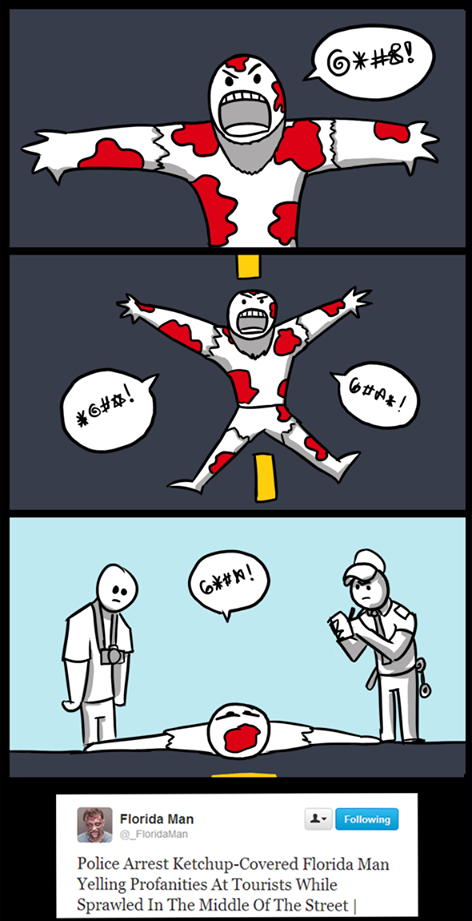 It is never okay to beat up someone in a wheelchair even if he is the instigator. Now, we do not know what exactly transpired, but this poor paraplegic was attacked by a crazed lunatic armed with a fish. Oh, the horror!