These Are The Most Terrible Villains Ever Conceived For Batman's Rogue's Gallery.

When it comes to comic books, Batman has the best assortment of villains, hands down. Still, every one of his foes can't be winners. For each Joker, Mr. Freeze, Catwoman and Poison Ivy, there is a terrible Condiment King lurking trying to spread crime and mayhem throughout Gotham city. This article focuses on those terrible villains. Every good hero needs a bad guy that's a joke every now and then and the bat has them in spades. 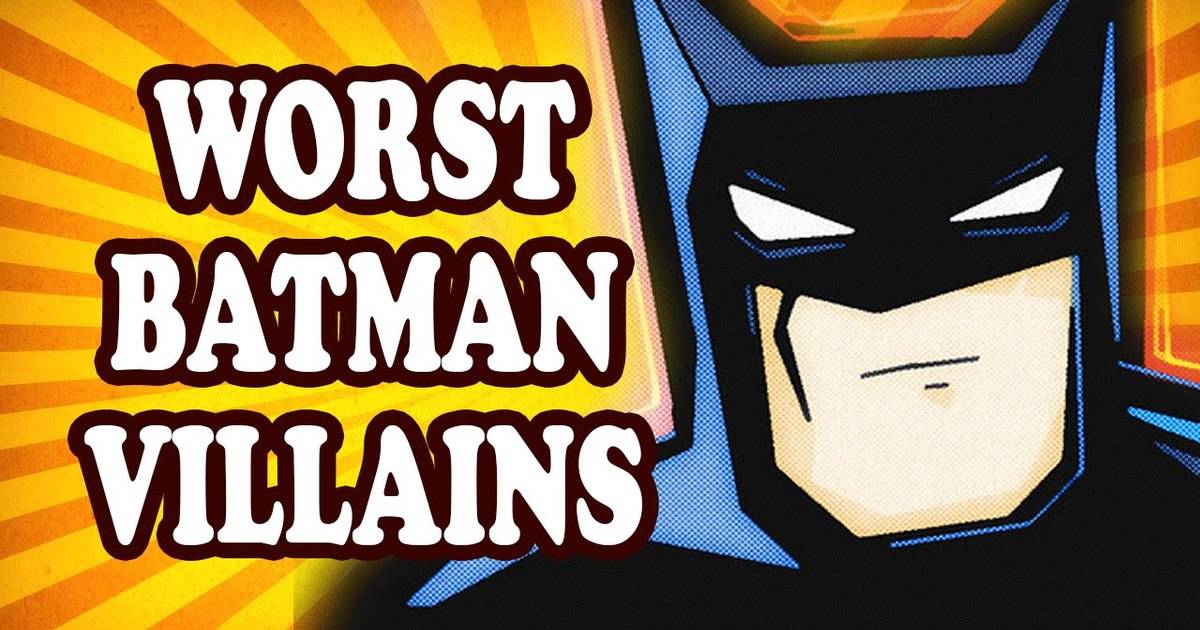 Ten-Eyed Man was possibly the only supervillain in history who could have been defeated by a high-five. After losing his sight in an accident, Vietnam veteran and warehouse security guard Phillip Reardon underwent an experimental procedure that grafted his optic nerves to his fingertips.

This, of course, qualified him to fight Batman, at least according to the mobster who convinced him that Batman was to blame for his accident. After several defeats at Batman's hands, Ten-Eyed Man decided to lure Batman to Vietnam, where Batman guaranteed that any part of him that didn't already have PTSD before their encounter certainly did afterward. Ten-Eyed Man was killed in his final battle – "Ten-Eyed Man vs. the falling building" – in Crisis on Infinite Earths. 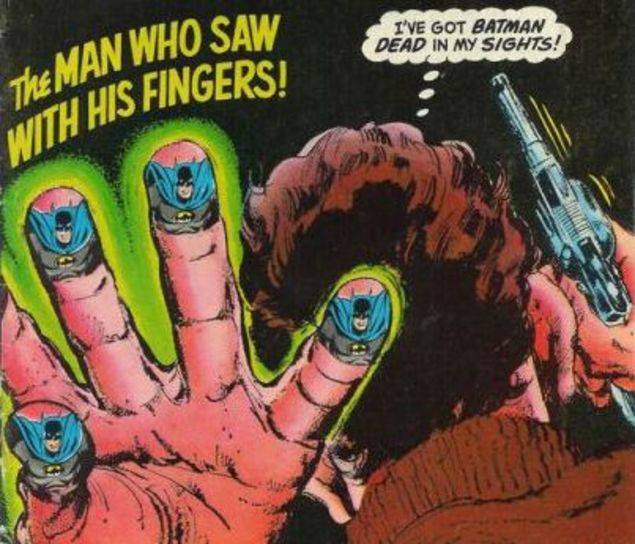 Meet Killer Moth, or, as he's known in some circles, "the Batman of crime." At least, if Batman were a member of the Lollipop Guild. After a string of embarrassing attempts at criminality, Drury Walker, also known as Cameron van Cleer, realized that enough was enough, and decided to become to crime what Batman is to justice: a figurehead and supernatural force that left no jewelry store un-robbed.

Following in Batman's footsteps, Walker decided to become the night, and since superheroes are a superstitious and cowardly lot, he chose the one image that he knew would strike fear into their hearts: a Lisa Frank Butterfly costume. Unfortunately, girls love Lisa Frank, and Killer Moth got his pastel butt kicked by Batgirl on his first night out. Over the years, Killer Moth has tried to reinvent himself, again and again, even once making a deal with devil-like character Neron, to become an actual giant moth named Charaxes. Somehow, not even that could make him cool.

Despite the ridiculous name, Polka-Dot Man has a not-entirely useless gimmick — the polka dots on his uniforms can transform into weapons, traps, flying saucers for him to get away on, etc. Theoretically, this tech could pose a threat if Polka-Dot Man himself weren't so lame. He's not in shape, he's not smart, and he can't fight. One time Detective Harvey Bullock beat up Polka-Dot Man so much he was put in traction. How hard a time do you think Batman had with this idiot? 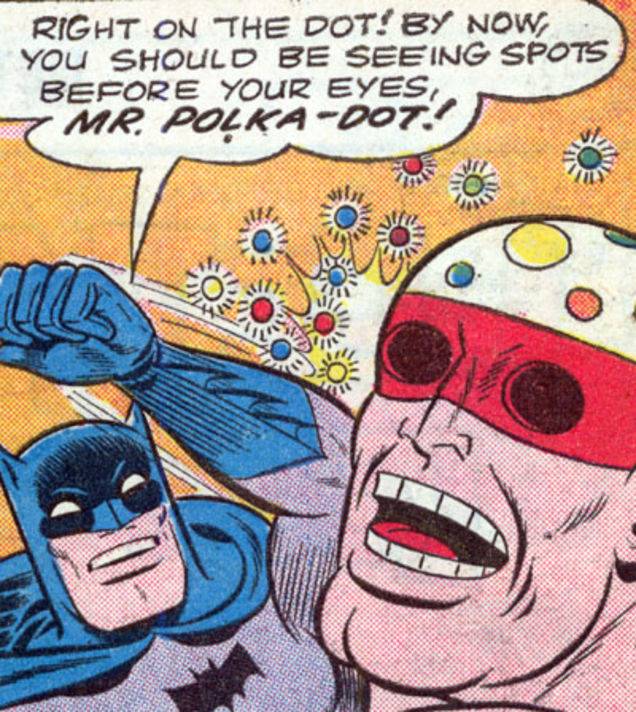 The Mirror Master is one of the Flash's most powerful foes, thanks to his ability to enter reflective surfaces and travel between them. Mirror-Man, on the other hand, is just a dude who likes mirrors and is obsessed with finding out who Batman really is. Shockingly, Mirror-Man succeeds at this thanks to some crazy mirror set-up and tries to tell the world that Batman is Bruce Wayne. This is immediately rectified when Bruce Wayne has a press conference and Batman (impersonated by Alfred) shows up. If Batman can defeat you with a press conference, just give up. 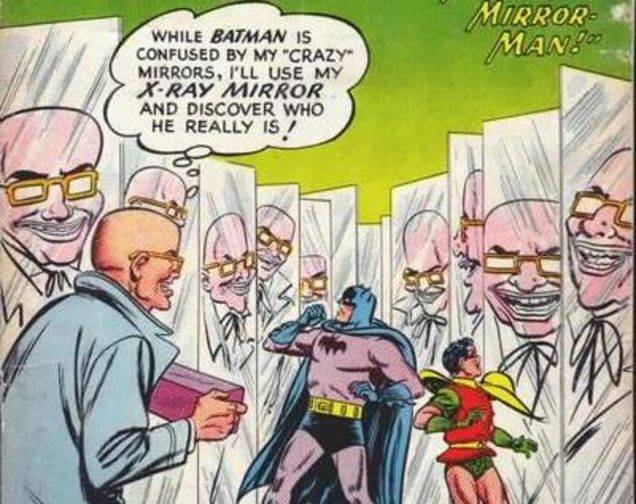 This guy steals pennies. Seriously, that's it. I don't even know why Batman even bothered, except on slow nights. You know that giant penny in the Bat-cave? That's actually from one of Plunderer's schemes. But here's how shitty Penny Plunderer is: It was so embarrassing for Batman to have ever fought someone who sucked as much as Penny Plunderer that now DC says the giant penny was from one of Two-Face's schemes. Yeesh. 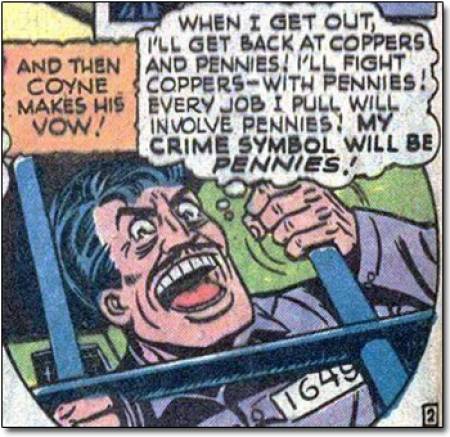