This freaky creature looks like a hybrid of a crab and a furry spider. It has been nicknamed the "Yeti Crab" or "Yeti Lobster." It is a crustacean that can be found in the South Pacific Ocean and measures up to 15 cm in size. So, it is not very big, but you might freak out if you saw it in person. 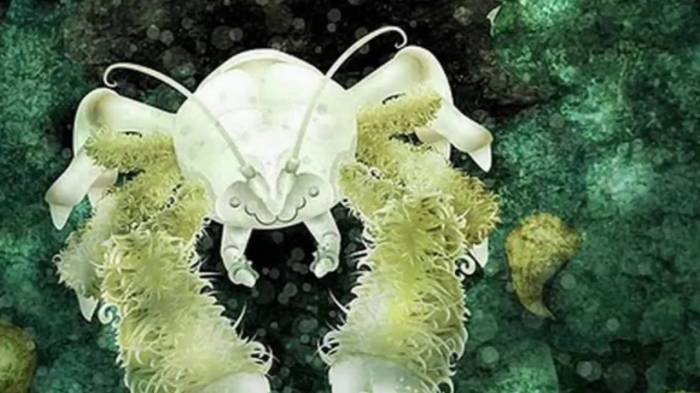 Untamedscience.com says that this is the kind of fish that Darwin would be proud of. It is so evolved that it is even named after him, Ogcocephalus darwini. The way that its fins are allows this fish to lay flat on the sea floor and walk around the sea floor so it can capture its prey. You can find these fish hanging out in the deep waters around the Galapagos Islands. 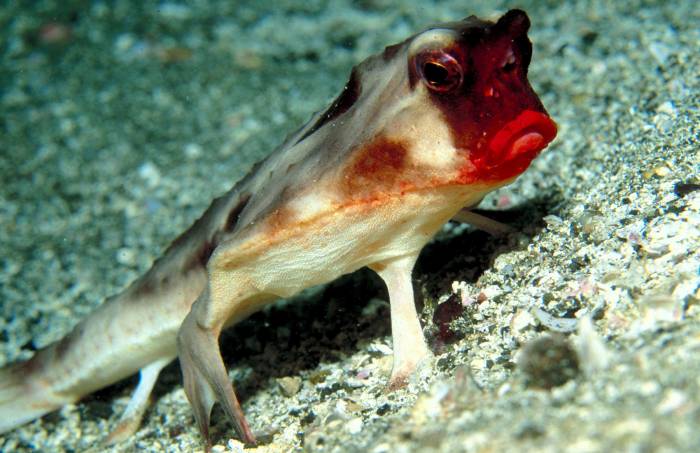 When in a relaxed state, this fish does not look all that intimidating. However, if you scare it or it is fighting over its territory, it turns into this large-mouthed, toothy creature that you see in this photo. They are pretty temperamental but are fiercely territorial. They grow to be about a foot long and can be found off the Pacific coast of North America. 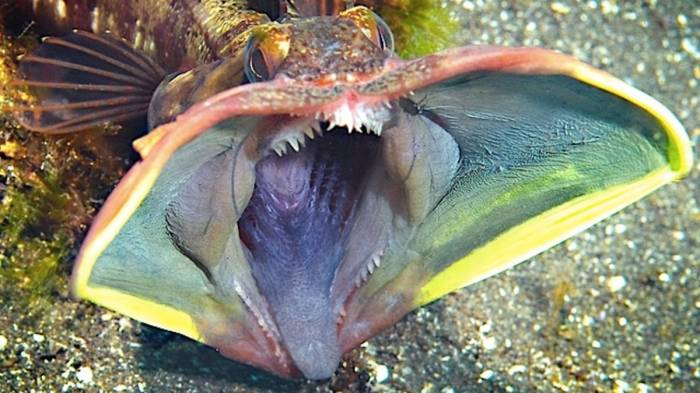 While this guy does look pretty with its holographic rainbow markings, it is a force to be reckoned with. It is a true case of not judging a book by its cover. This thing can be terrifying because it can cut its prey right in half with its mouth because it is so fast and strong. This freaky guy can be found in any ocean that is warm. 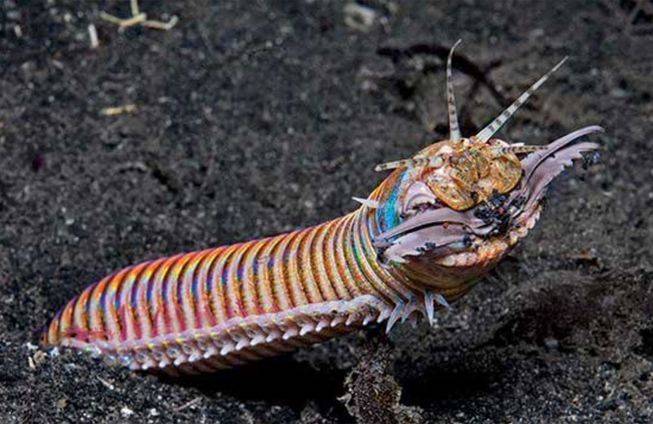 This is a deep sea fish that is known for the ability to swallow fish that are larger than he is. According to discovery.com, this fish lives 10,000 feet below the surface and food is usually scarce, so it has no choice but to eat fish that is larger than he is. They refer to this fish as a binge eater because they often bite off more than they can chew, so to say. I don't know about the rest of you, but I am thankful that it stays so far below the surface. 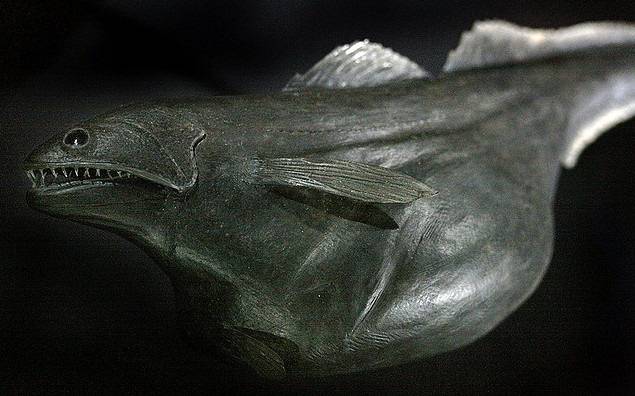 According to Wikipedia, this is a newer species that was found in the Celebes Sea between Indonesia and the Philippines. They are about 10 centimeters of length and have a lot going on with their bodies. "Their outer body consists of a thin gelatinous sheath and incorporated 10 anterior appendages that are approximately the size of its body. Two of these tentacles are used for food collection while the other 8 of them are part of its respiratory and sensory system. Moreover, it possesses two feather-like structures on its head, called nuchal organs which analyze chemical signals in the sea." It is not necessarily as scary as it is weird. 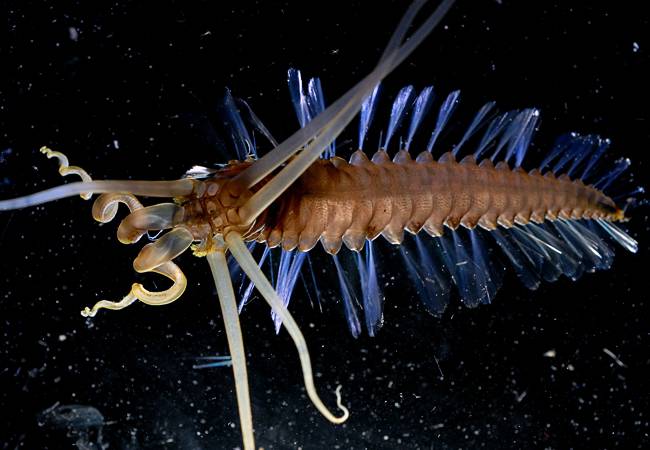 Frilled Sharks have often been referred to as living fossils. It got its name, frilled shark, because of their gills that are located on their throat. It is pretty freaky looking since it has the face of a lizard and the body of an eel. Before the 19th century, it was referred to as a sea serpent, according to science-rumors.com. Inside their mouths, you will find 25 rows of teeth for a total of 300 teeth. If that is not scary, I do not know what it. 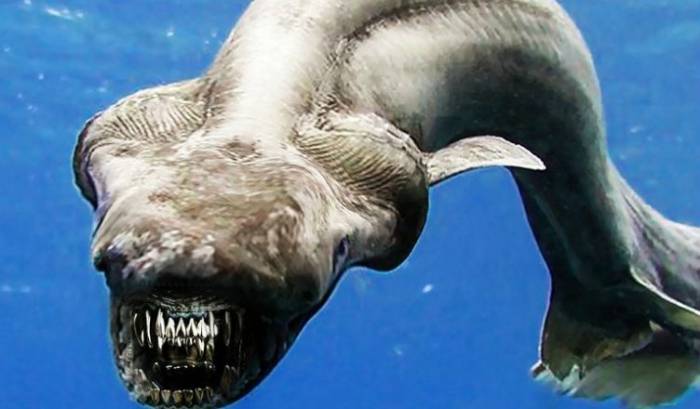 Do you see those creepy eyes? Are those teeth as terrifying to you as they are to me? Seasky.org has classified this fish as one of the fiercest predators of the deep sea. The viperfish will swim at their prey at fast speeds, then it will impale them with their teeth. How scary is that?! I guess we don't really have to worry about this guy since he is pretty small. Viperfish only grow to be around 12 inches long. I would steer clear anyway. 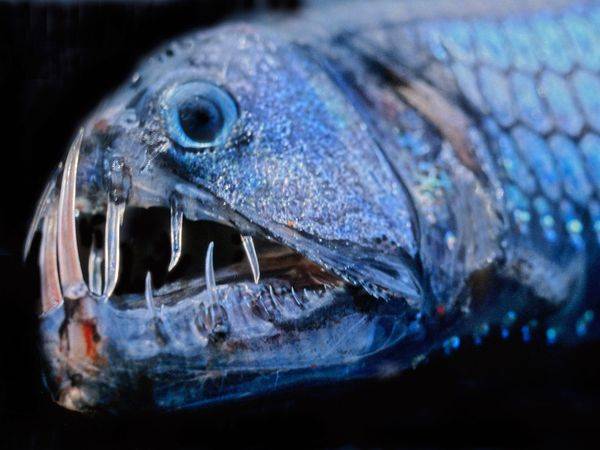