Posted by Sumaiya Ghani in Bizarre On 27th November 2020
ADVERTISEMENT

One of the four women asked her husband to take their picture which went viral when uploaded online. People find this coincidence hilarious and magical, no doubt this world is a strange place. 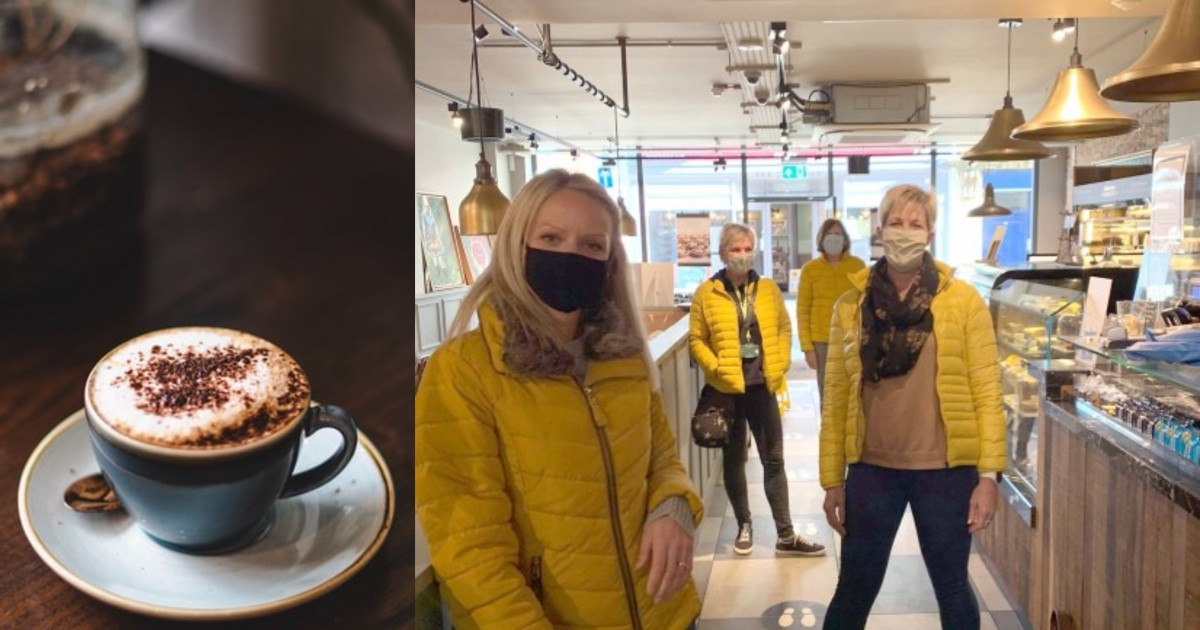 Every other day, we read about something magical and beautiful and our minds for a minute are like woahhh. 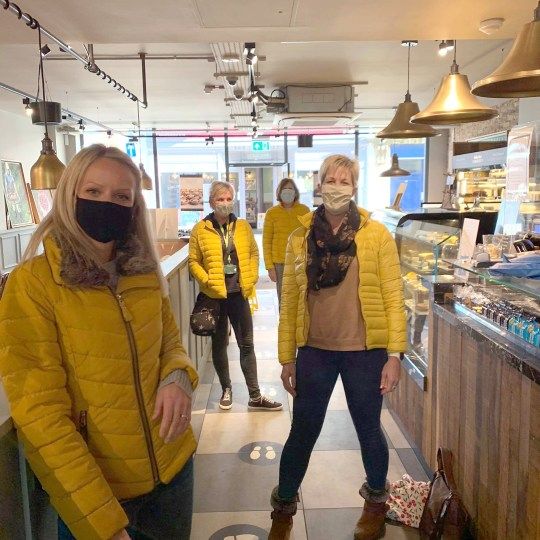 This all started when mom-of-five Rebecca Birch was meeting her friend Emily Lawrence in Caffe Nero in Sherborne, Dorset.

Rebecca noticed her friend Emily was accidentally twinning with her by wearing matching coats. That was a good start for a morning but wait, what?

As both of them walked into the cafe, they spotted a third woman in the same bright jacket and then a fourth.

All the surprised women started laughing even the baristas joined them

Rebecca, from Wincanton, Somerset, said: ‘It was one of those moments that was so funny.'

‘It was such a funny thing to happen. The response was brilliant. We were laughing and talking about how we loved the bright color.'

‘The lady at the back kept saying “we’re a ray of sunshine in difficult times”.

‘We felt embarrassed in the first instance because people were looking at us as if to say “look at the two”.

'I think they thought we were either girlfriends or twins. We felt quite silly.'

‘There was already one person in there ordering a coffee. She was there with her baby and her husband.'

‘We looked at each other and said “oh my god, look. She’s got the same colour coat on as well”.'

‘We had a laugh with them and the barista said “look at you three all matching with your mustard-colored coats on”.

‘We started to order and the next minute I turned around and this lady walked in behind me.'

‘I couldn’t believe someone else had walked in with the same coat on.'

‘They’re all different – one's Joules, one’s Benneton, one’s Primark. The lady at the back said “mine’s Marks and Spencer”.’

The photo when uploaded online ended up getting more than 21,000 likes. Many people messaged Rebecca saying the coincidence made their day.

‘It’s made me think about mixing up my style a bit,’ said Rebecca.

‘The thing I like about the picture as well is it shows a sign of the times – we’re all standing there with masks on. It’s quite poignant.'

‘With all the news out there at the moment, it’s something so simple. It’s made people smile.'

‘So many people have said it’s hilarious and made their day.’