These Liars TOTALLY Got Called Out On Social Media

Posted by Editorial Staff in Bizarre On 17th January 2017
ADVERTISEMENT

The thing about the Internet is that if you're going to post something for the whole world wide web to read, you'd better make sure you're not just pulling things out of thin air.

In other words, people have Google and will call you out on that crap. And, as you can see from these people, it can be pretty ruthless, but also highly entertaining... 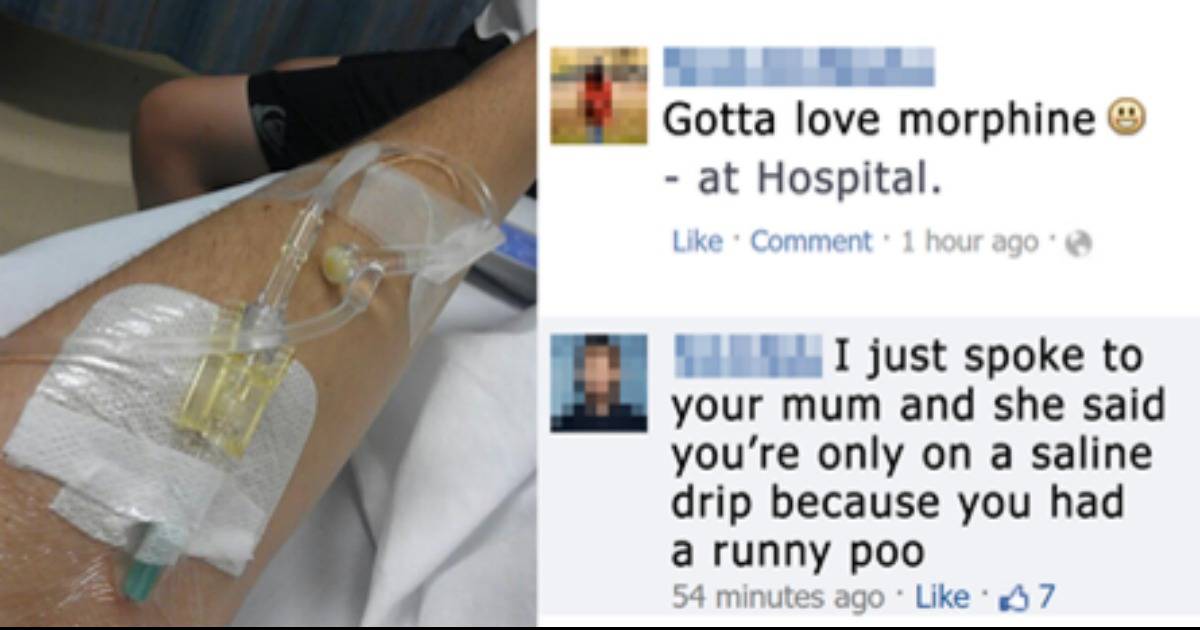 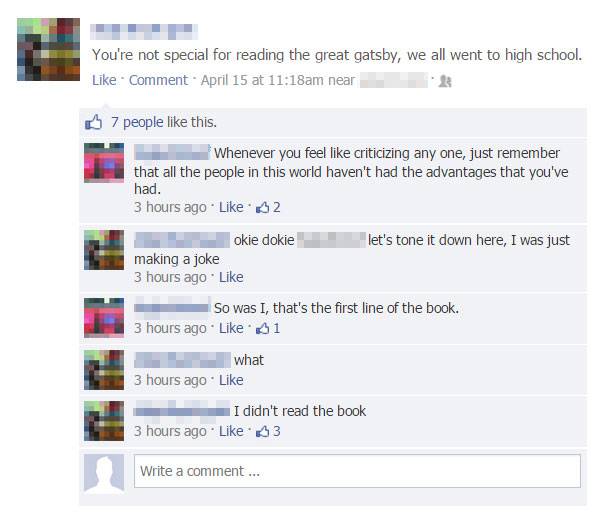 First of all, points for the use of “okie dokie.”

Second, at least they admitted they’re wrong, not that they really had any choice. 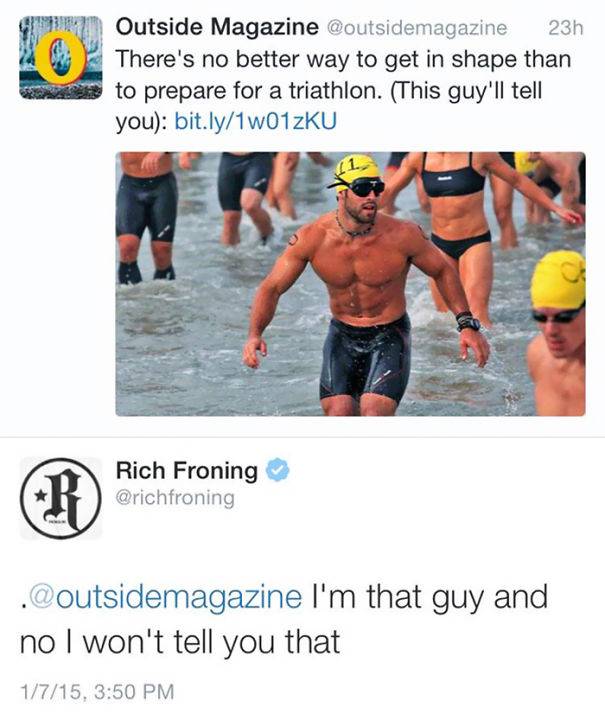 But he will tell you not to put words in his mouth.

The thought of mechanically separated chicken or the Teletubbies? 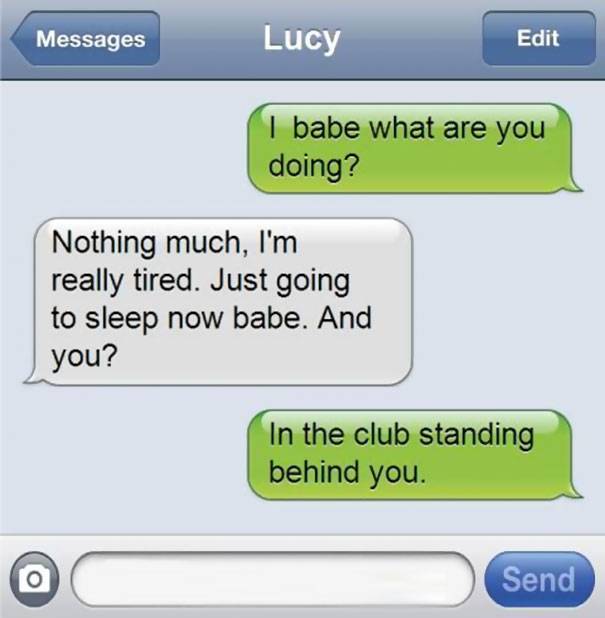 Maybe she’s going to take a nap at the club?

Just trying to help her out here, but yeah, totally busted. 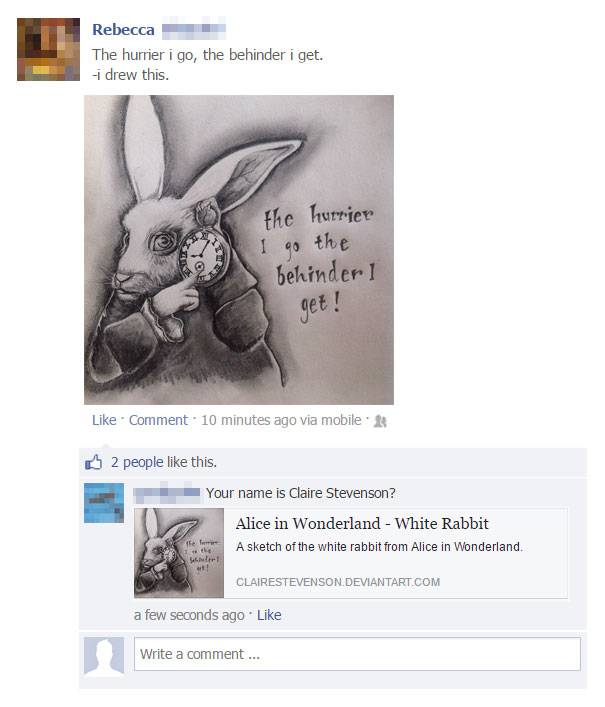 But…but…what happened to your belly button?!?

Photoshop must have eaten it. 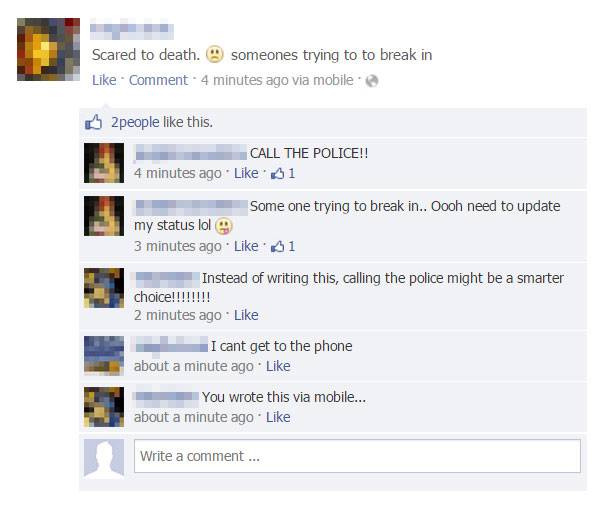 She might have gotten away with it if it wasn’t for that pesky “via mobile” situation. 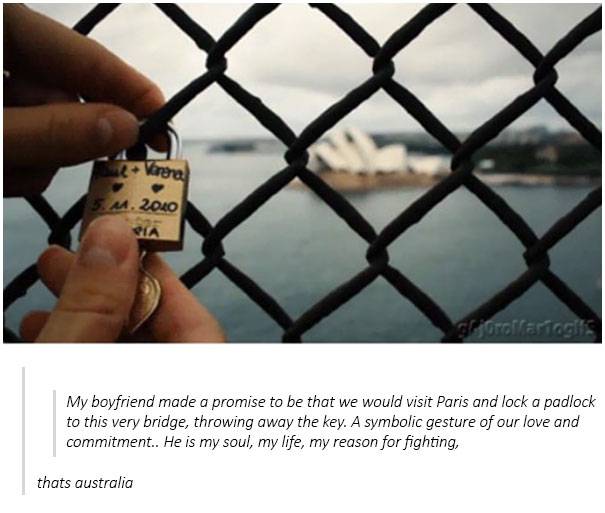 Did I say Paris? 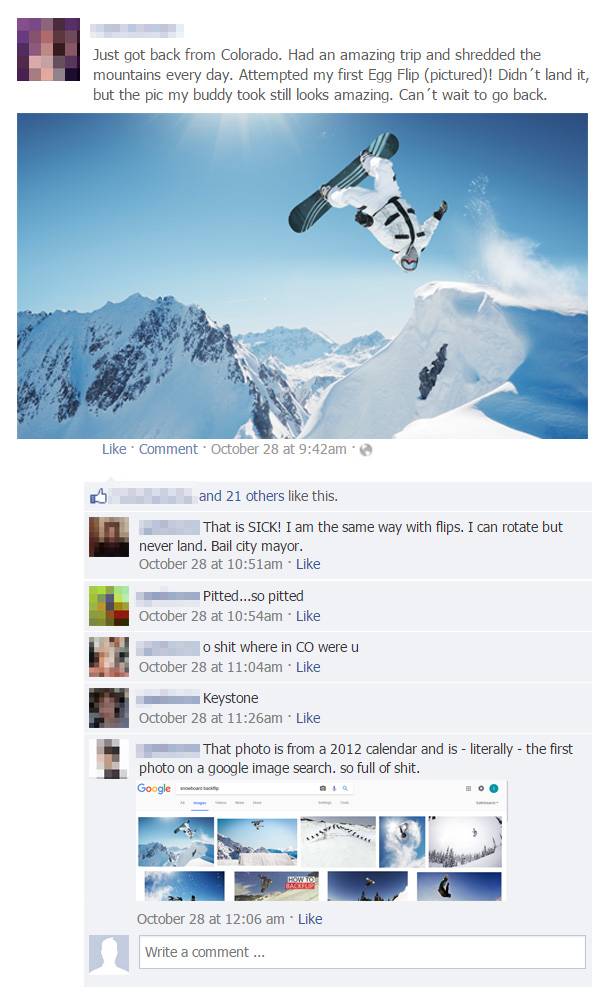 Have you heard of it, dude? 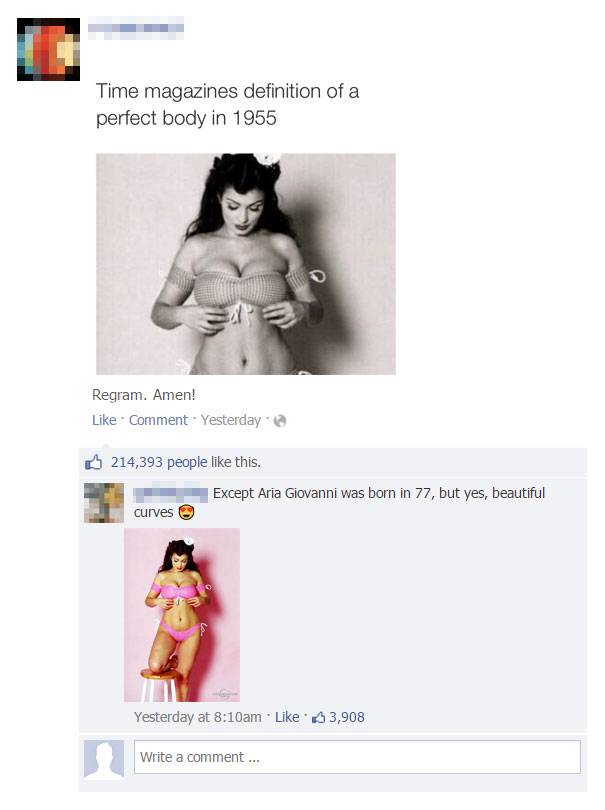 She looks really great for a time traveler! 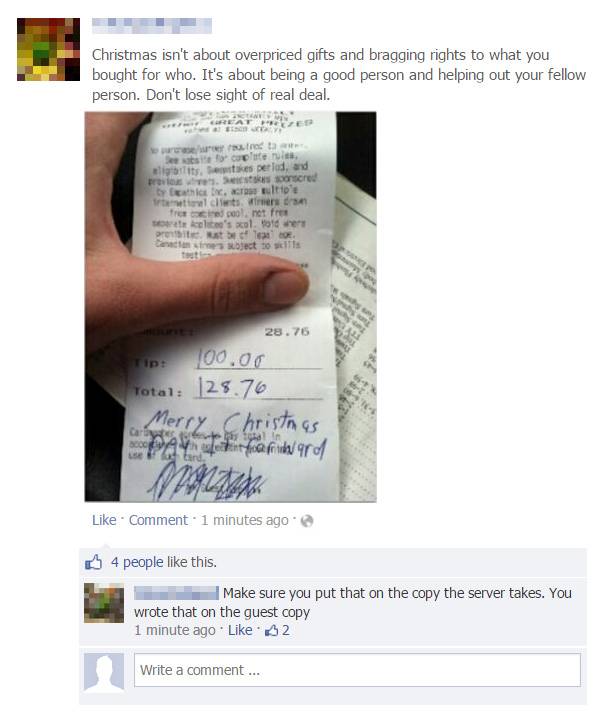 You mean I have to actually leave a tip on the one for the server?

Ha, umm…just kidding. Added an extra zero there by mistake. 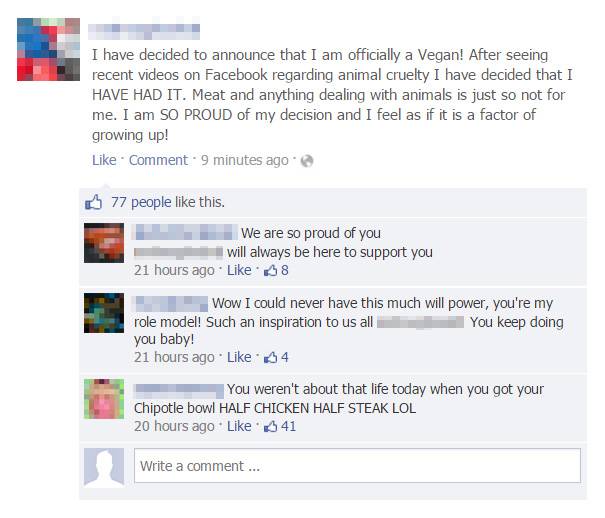 Well, vegan minus chicken and beef…and maybe eggs and some dairy. Other than that, totally vegan.

He’s also a model, so there’s that. 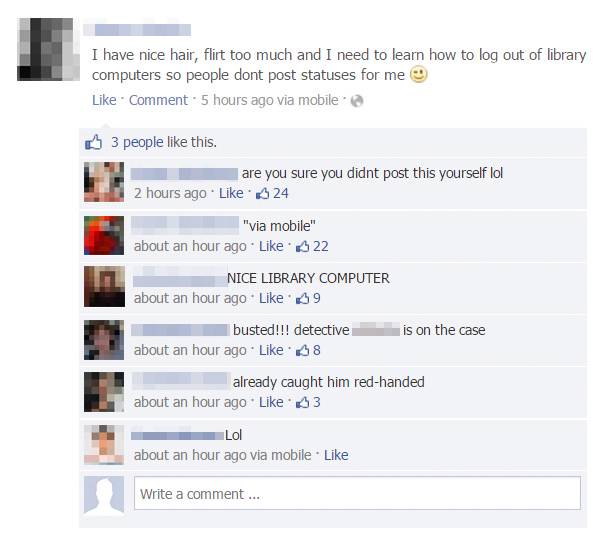 It’s good to have confidence, but maybe keep that to yourself…or don’t post your status from your phone. 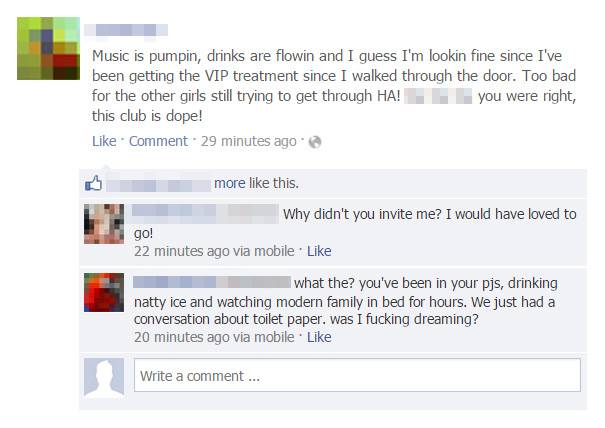 He’s pimping it at home on his couch. 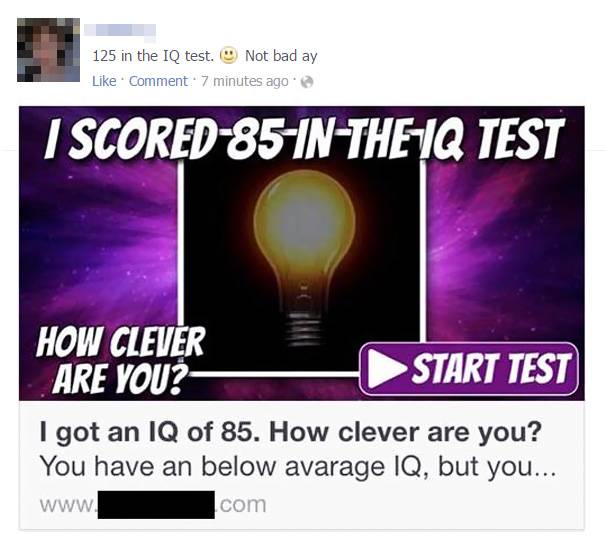 I don’t know what’s more disturbing — the lie about the score or the fact the test says, “an below avarage.” 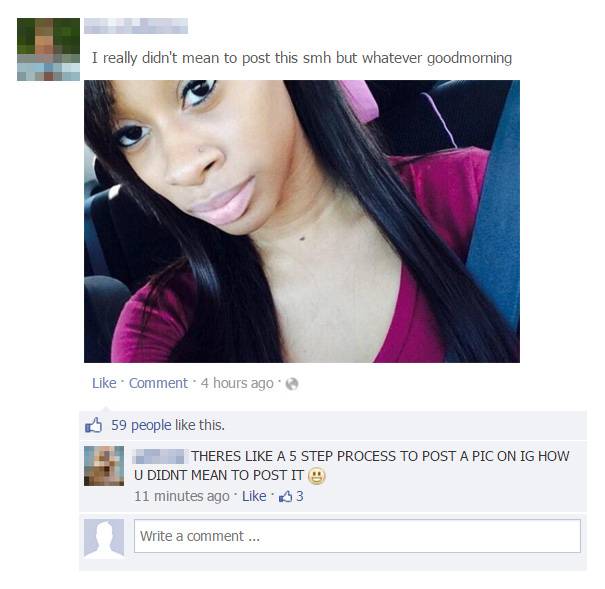 I accidentally posted ANOTHER picture of myself to various social media accounts with a complete caption. 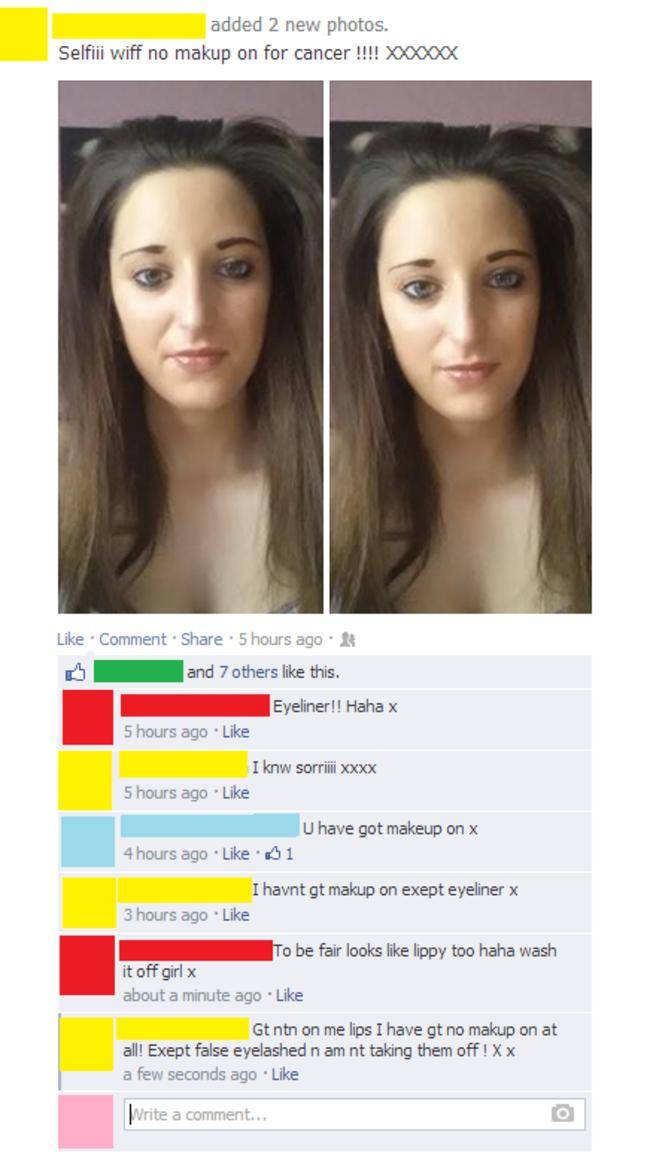 But spelling does, my friend. 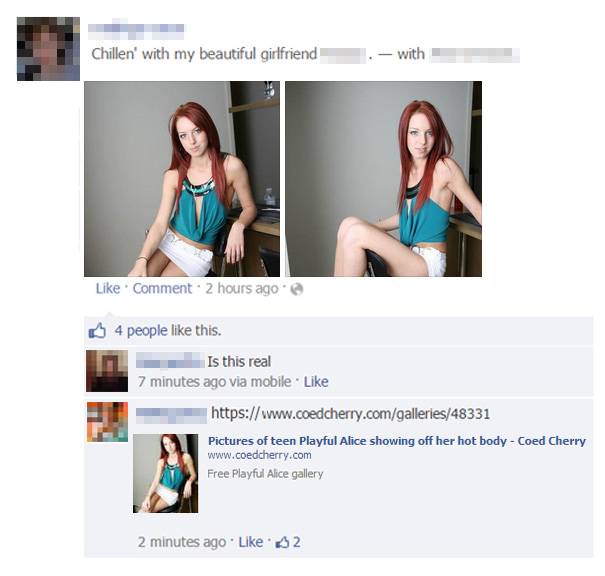 Yes, my girlfriend who is a model and only has one outfit that she wears whenever I take pictures of her to share and YES SHE IS A REAL GIRL. 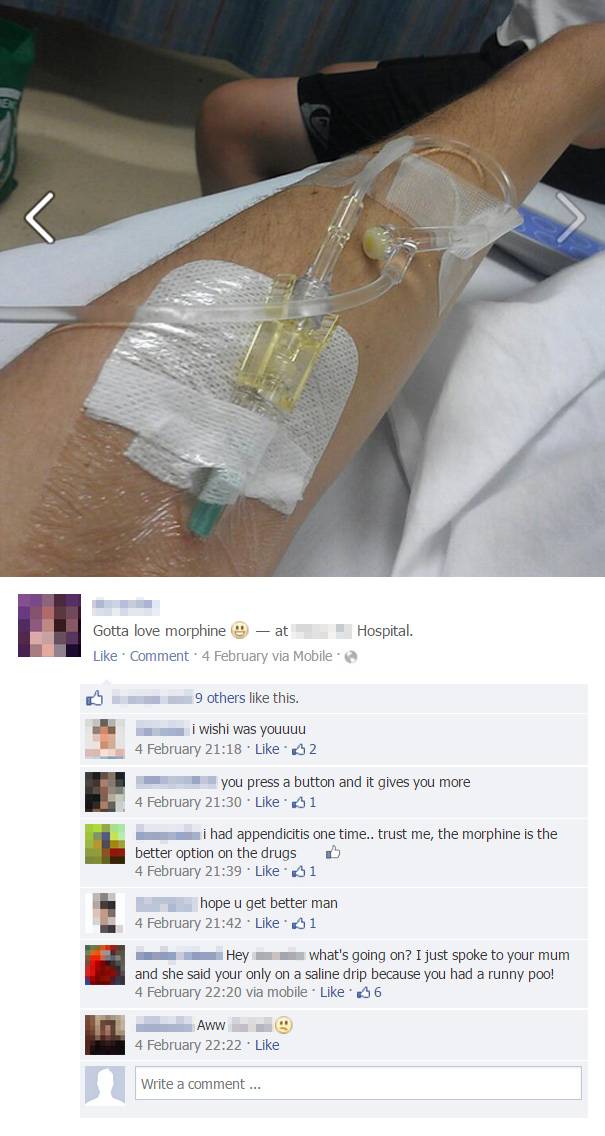 Nothing but morphine pulsing through these veins.