These Olympic Scandals Will Make Your Jaw Drop

Posted by Zainab Pervez in Sports On 22nd July 2021
advertisement

From Nancy Kerrigan's 1994 attack to Ryan Lochte's Rio de Janeiro robbery scandal in 2016, relive the wildest sports scandals in Olympics history ahead of the Tokyo Games. 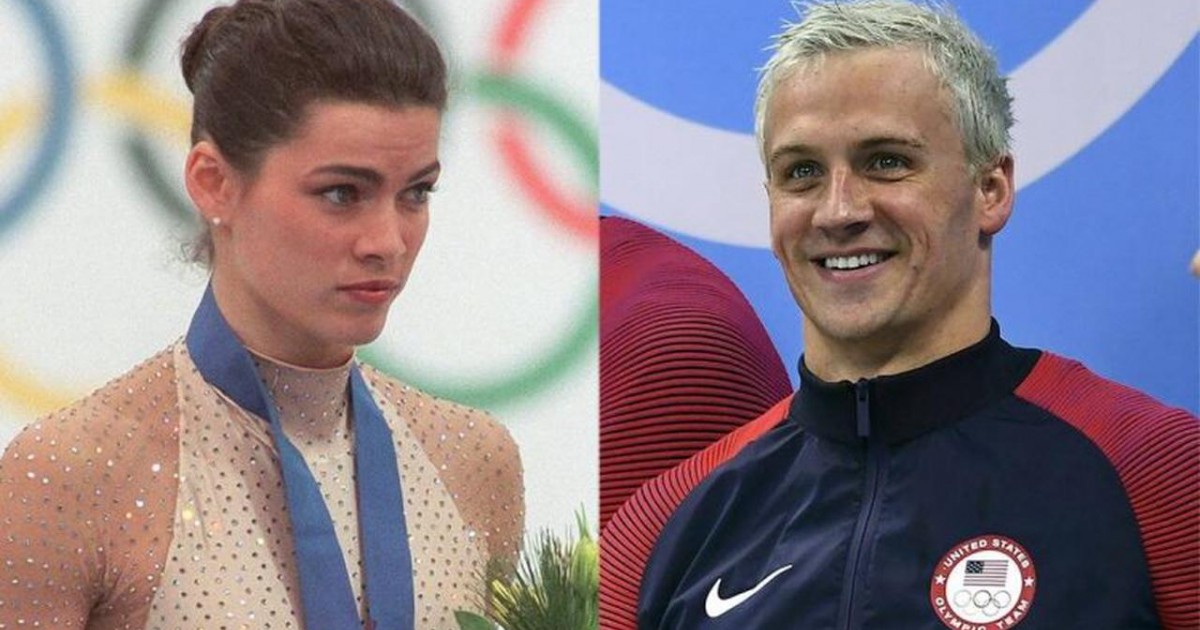 Fans were outraged after runner Sha'Carri Richardson was banned from the U.S. Olympic team in 2021 for testing positive for marijuana, which she claims she smoked after the recent death of her mother.

The fan-favorite runner first caught eyes across the nation on June 19 when she secured her spot on the U.S. Olympic Team after winning the women's 100-meter dash in Eugene, Oregon.

Richardson's violation via the 2021 World Anti-Doping Code was controversial since she legally smoked in the state of Oregon and many fans argued weed is not a performance-enhancing drug. 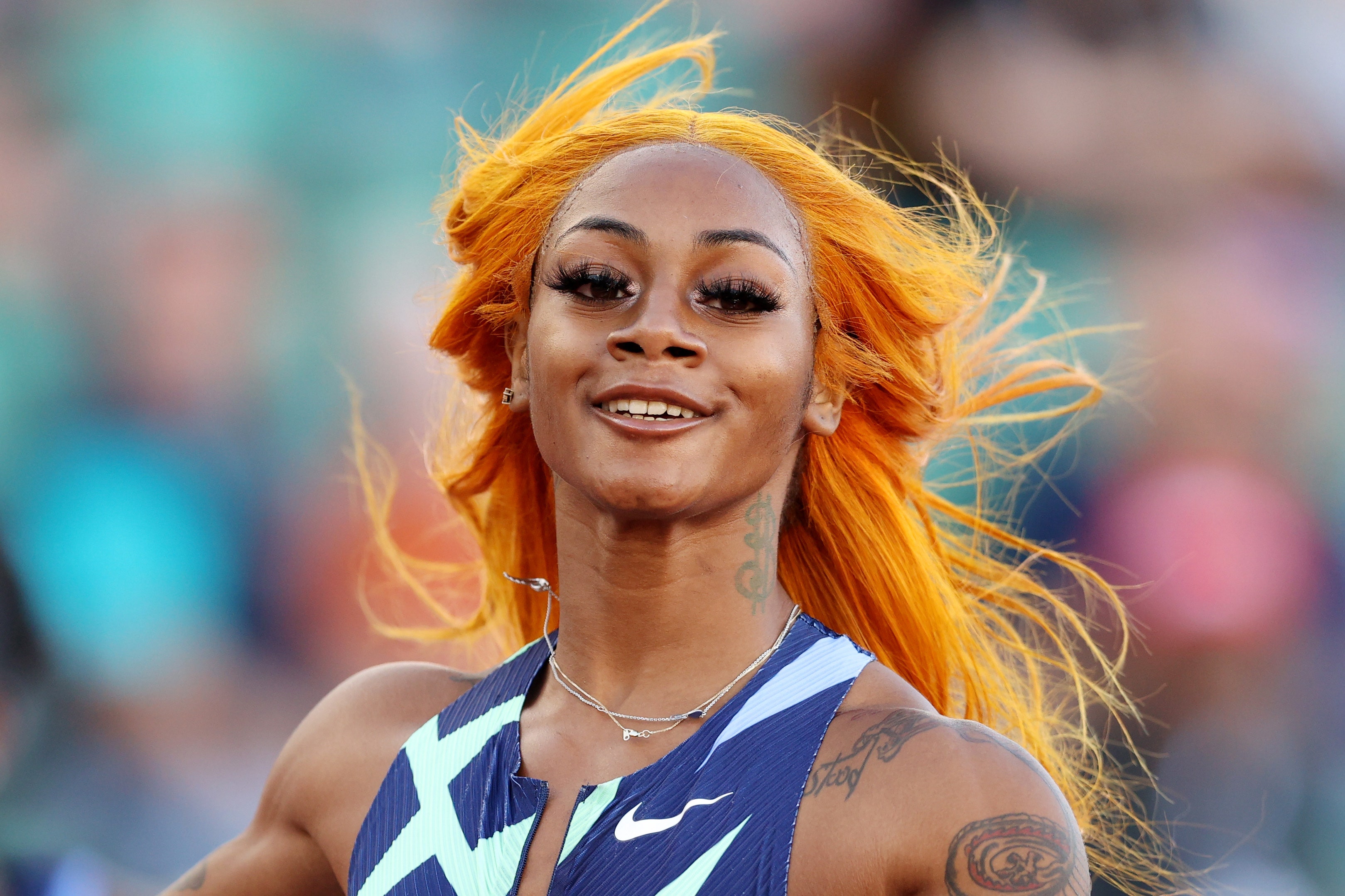 Some of the victims cited in the counts were between 13 to 15 years old while others were under the age of 13. U.S. Olympians Gabby Douglas, Aly Raisman, and McKayla Maroney have all come forward as victims of Nassar's abuse.

After three separate rulings, Nassar was sentenced to over a hundred years in prison in 2018.

Ryan Lochte Lies and Says Swimmers Were Held at Gunpoint

In August 2016, the swimmer falsely claimed that he and Team USA swimmers Gunnar Bentz, Jack Conger and James Feigen were robbed at gunpoint at a gas station in Brazil during the Rio Games.

He was admittedly "hammered" at the time, as he'd been celebrating their win; Lochte later confessed he didn't remember all the details of the night.

After returning to the Olympic Village, Lochte exaggerated the story to his mom, who later told the media that Lochte had been robbed at gunpoint. He repeated the story on NBC's Today—and before long, his lies got the best of him. 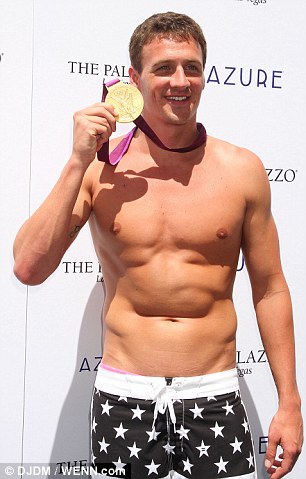 After the truth came out, Lochte was dropped by his sponsors and given a 10-month suspension by the U.S.A. Swimming and the United States Olympic Committee.

The International Olympic Committee announced on Dec. 5, 2017 that Russia would be banned from the 2018 Winter Games after being found guilty of widespread doping of athletes. 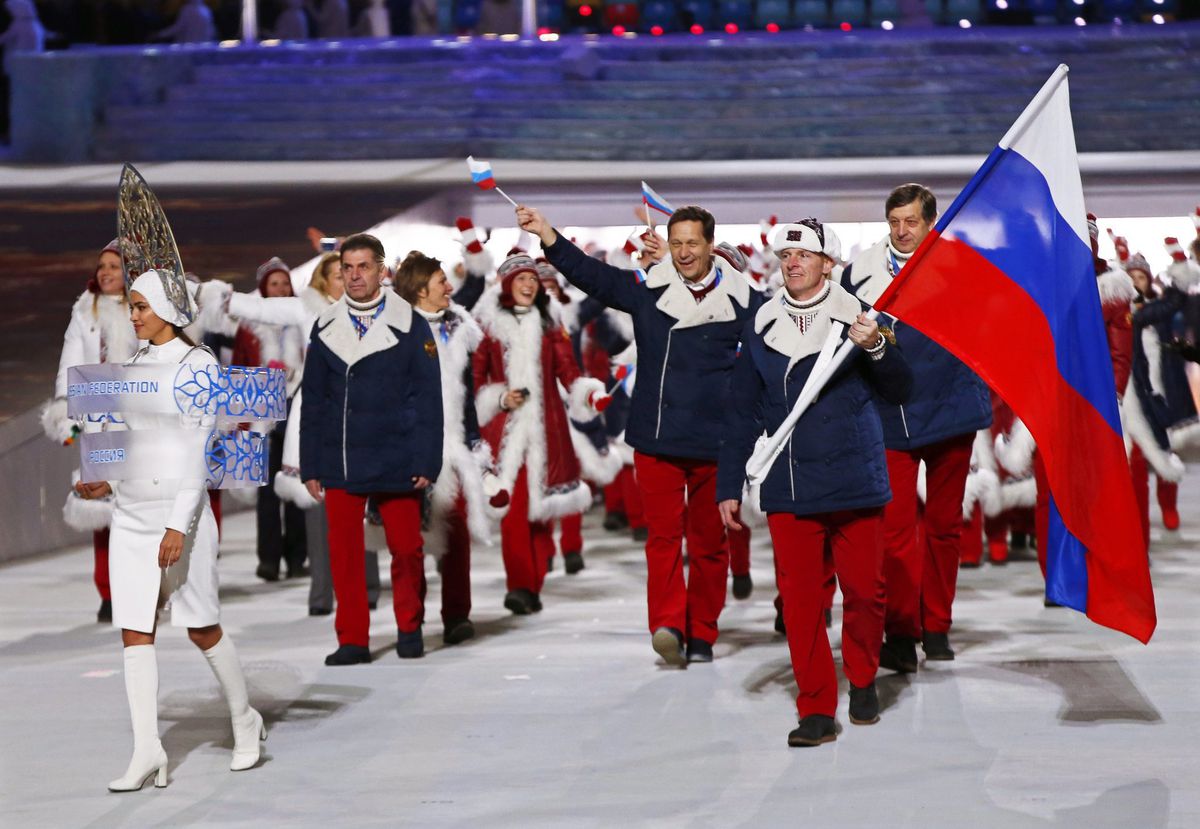 A number of athletes opted out of the 2016 Olympic Games following the Brazilian Zika virus outbreak, which caused widespread concern among athletes, reporters and spectators attending the events.

The mosquito-borne disease is linked to birth defects and other serious illnesses, and for several competitors, it's just not worth the risk.

Seven of the world's top golfers declined their Olympics opportunities, including Rory McIlroy, Adam Scott, and Jason Day, who tweeted, "Playing golf cannot take precedent over the safety of our family."

Soccer star Hope Solo said she would "begrudgingly" participate, despite her hesitations. Meanwhile, basketball legends-to-be LeBron James and Steph Curry have claimed that the virus is totally unrelated to their decisions to not participate. 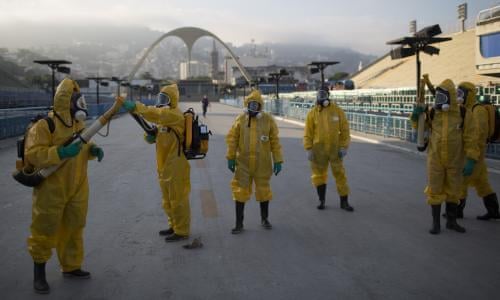 Fans were shocked to learn the Russian tennis superstar would be barred from participating in the 2016 Games after testing positive for meldonium in January.

Sharapova, who competed in the 2012 Olympics, maintains that she didn't know the substance was banned.

She received support from Serena Williams, who said, "I think most people were happy she was upfront and very honest and showed a lot of courage to admit to what she had done and what she had neglected to look at in terms of the list at the end of the year." 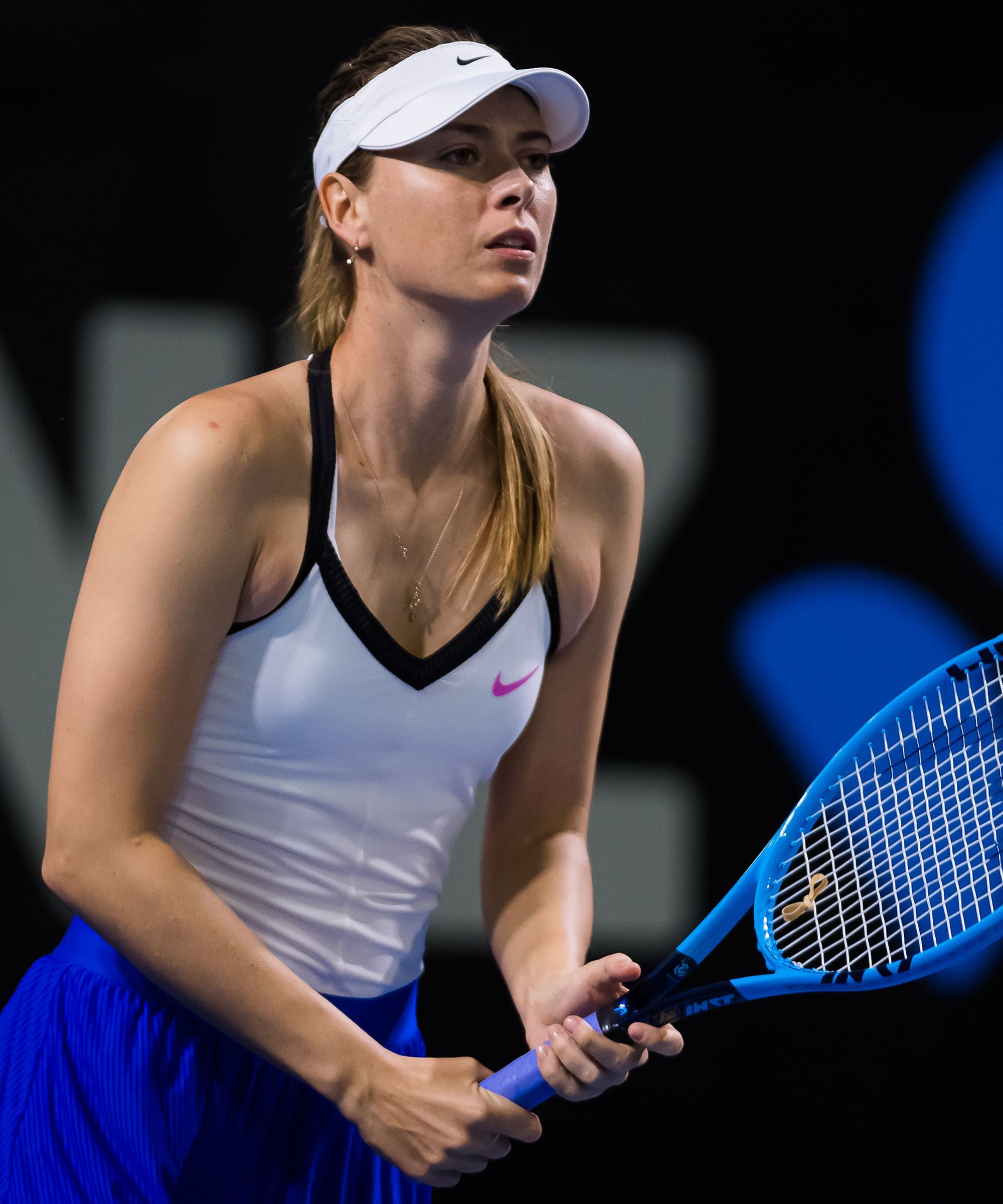 Brazil ended its slave trade in 1888, but the long-term effects managed to impact the 2016 Rio de Janiero Games.

Developers were accused of constructing Olympic Park right on top of a mass grave of countless African slaves.

One descendant told reporters, "I regard the ground as sacred because it is where my ancestors were buried." 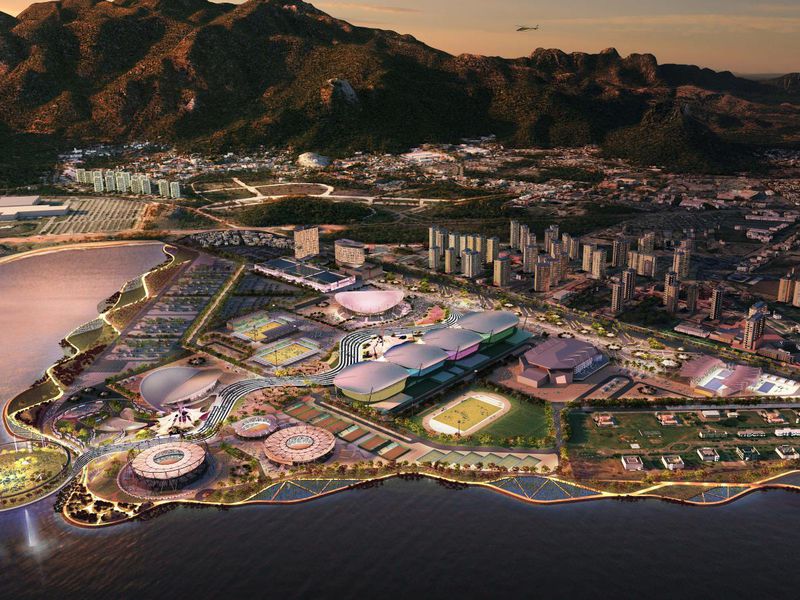 Doping is bad enough. Government-sponsored doping is a whole new level. In the months leading up to the Rio Games, investigators determined that the Russian government had knowingly covered up and even encouraged the utilization of illegal drugs.

More than 100 Russian athletes were officially barred from the Rio Games in 2016, including entire teams. 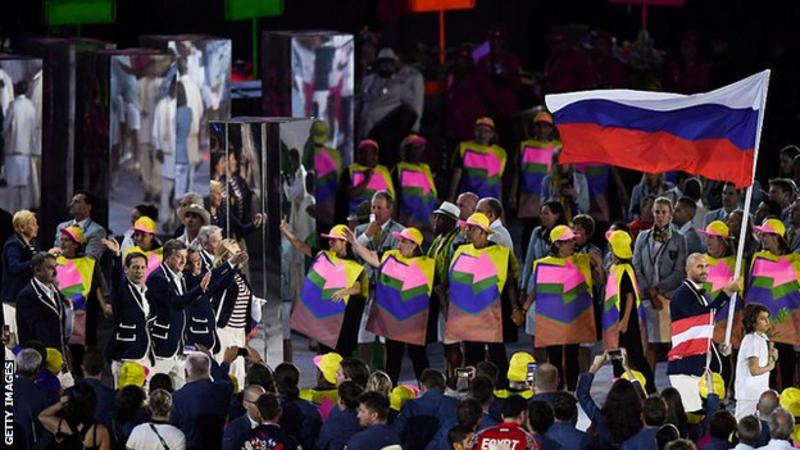 The 2014 Sochi Winter Olympics were shrouded in controversy.

Many celebrity voices joined the fight against Russian President Vladimir Putin's radical homophobic legislation passed in 2013 and boycotted the Winter Games, including Lady Gaga who said, "I don't think that we should be going to the Olympics at all," adding "I mean, I would never take anything away from [the athlete's] hard work, I just think it is absolutely wrong for so many countries to send money and economy in the way of a country that doesn't support gays." 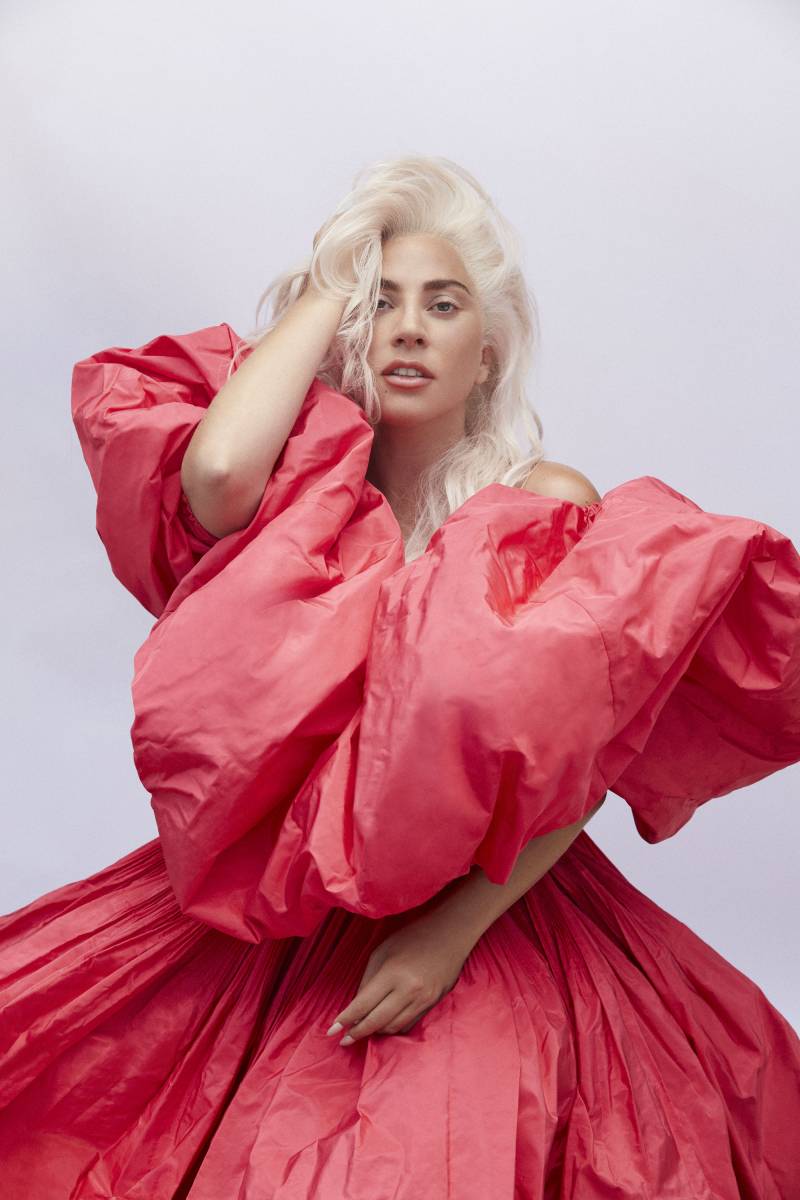 This infamous figure-skating soap opera of the 1994 Olympics had it all: arch-rivals, record Nielsen ratings, even an FBI probe. And to think, it all started with a simple knee-clubbing…

Despite the attack, which was orchestrated by Harding's ex-husband, Kerrigan went on to medal at the 1994 Olympics, while Harding was banned from skating for life for her involvement. 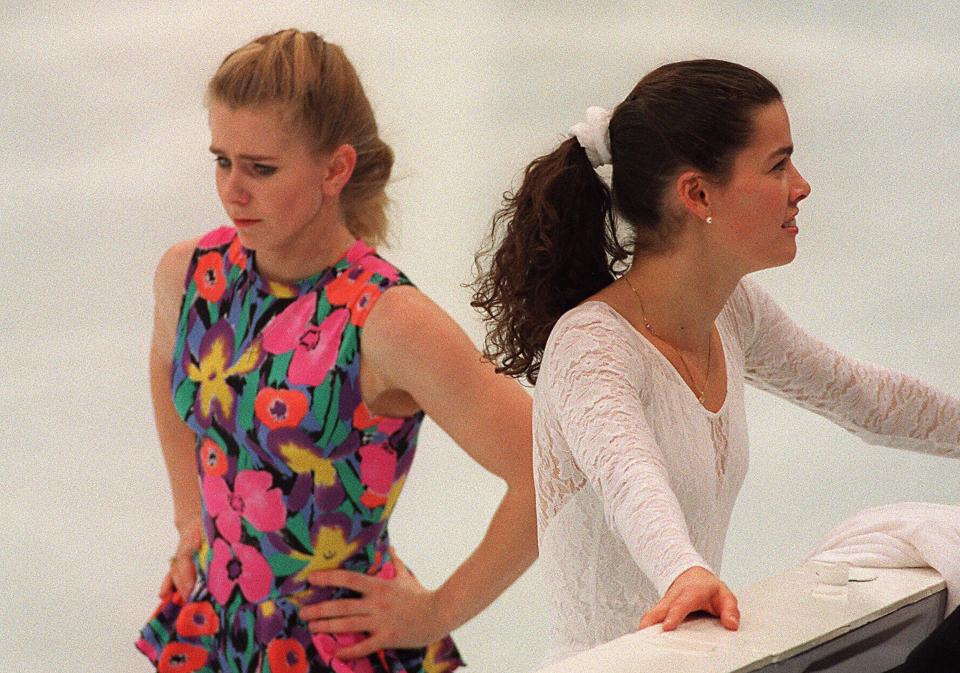 The Judge Who (Almost) Stole the Gold

Again with the figure skating… After Jamie Sale and David Pelletier's winning pairs routine rated but silver at the 2002 games, the judge representing France confessed she'd been ordered to place the Russian team first in a vote-trading scheme. Sale and Pelletier were belatedly named cowinners. 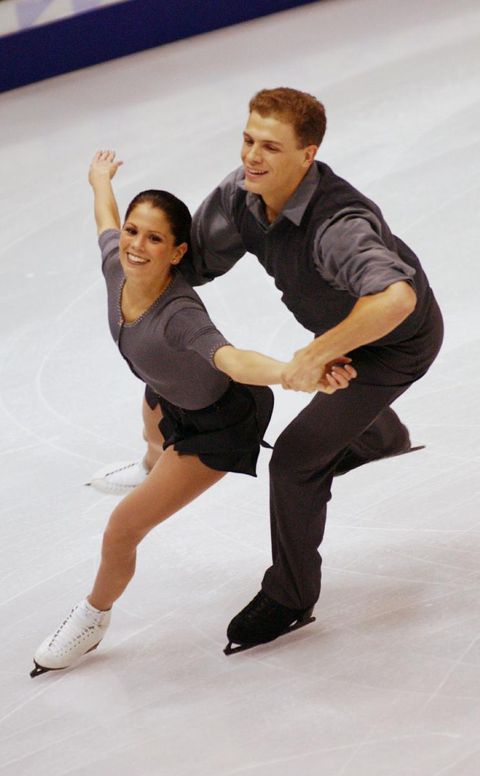 The short-track speedskating star won his first career gold medal in 2002 when his South Korean rival was disqualified—or robbed, some say—shortly after their race. Hate mail, much of it from South Korea, ensued. 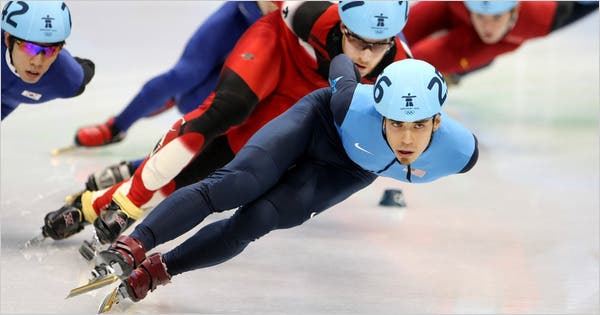 The Cold War Comes to the Basketball Court

The Munich Games were marred by tragedy when terrorists killed 11 Israeli athletes and coaches; they were marked by controversy when the United States lost—or got robbed, some say—to the Soviet Union's men's basketball team in the still-debated gold-medal game. 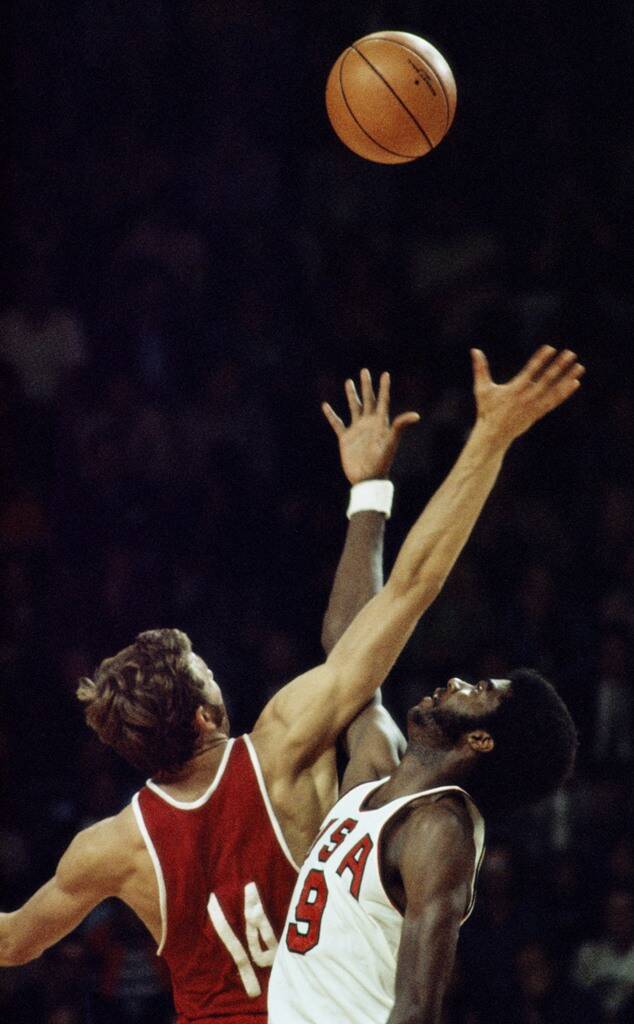 Countries had sat out the games before but never had a superpower snubbed another superpower the way President Jimmy Carter did when, in protest of the Soviet Union's invasion of Afghanistan, he pulled Team USA from the Moscow-hosted Olympics. 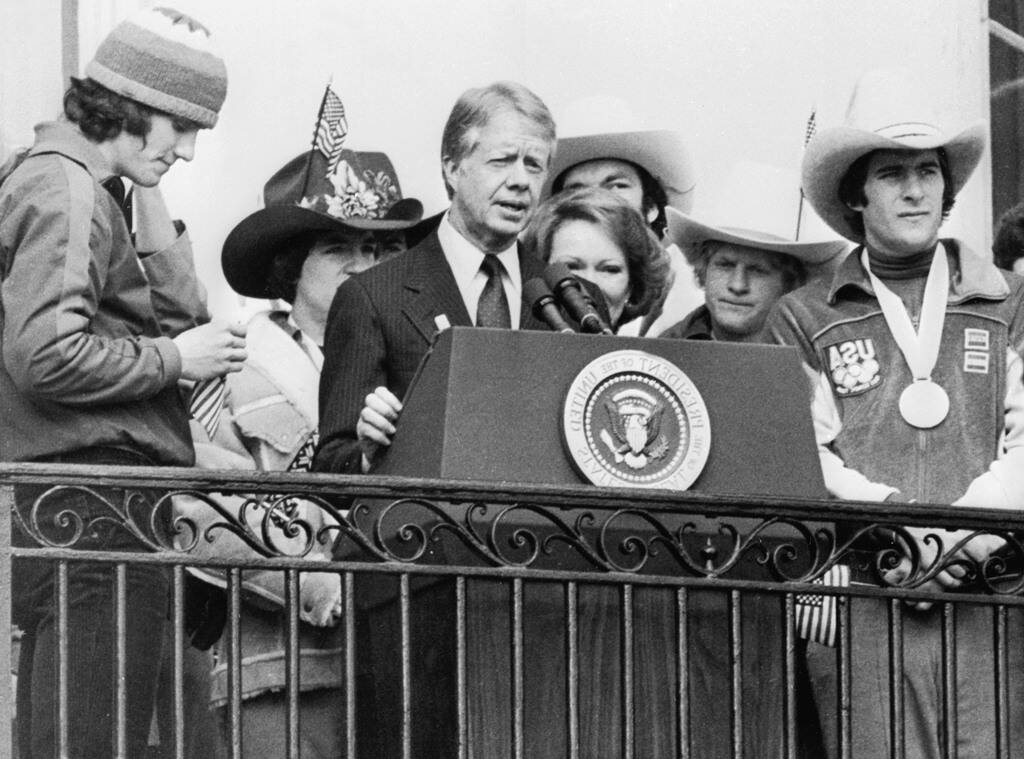 No, the scandal, involving a photo of the U.S. swimmer apparently inhaling from a marijuana pipe, didn't alter any official results. 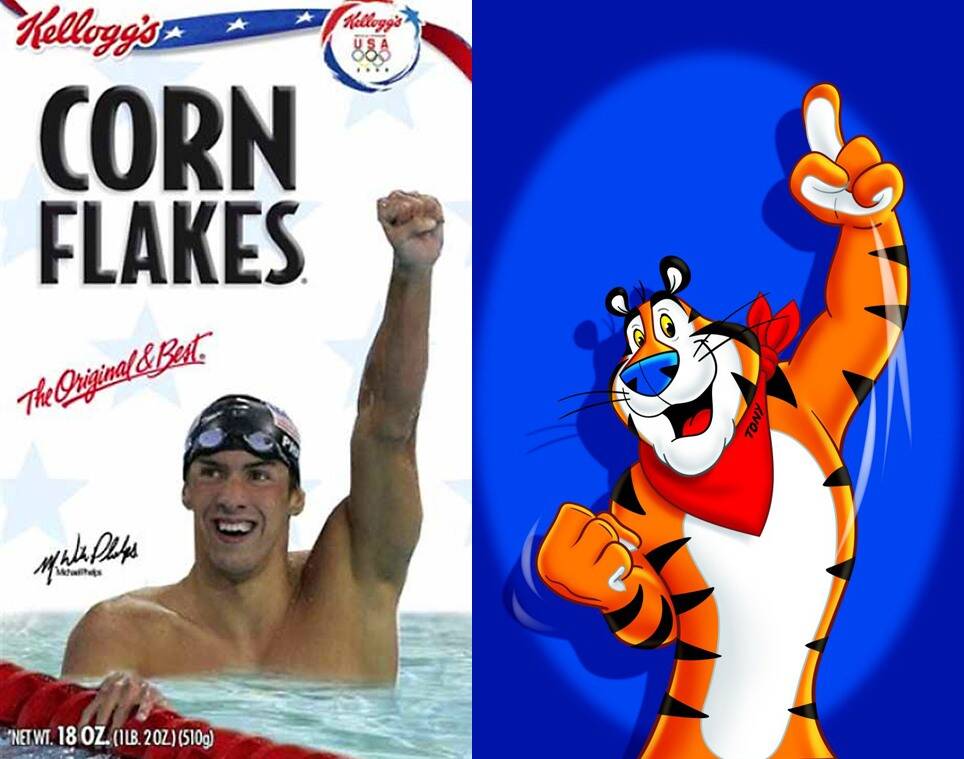 The World's Fastest Man on Steroids

Before baseball star Jose Canseco's tell-all autobiography, before U.S. Olympic hero Marion Jones' fall from grace, and basically before we came to expect such things, Canada's Ben Johnson stunned the world when he was outed as a juicer, and stripped of his gold medal for the men's 100-meter sprint at the 1988 games. 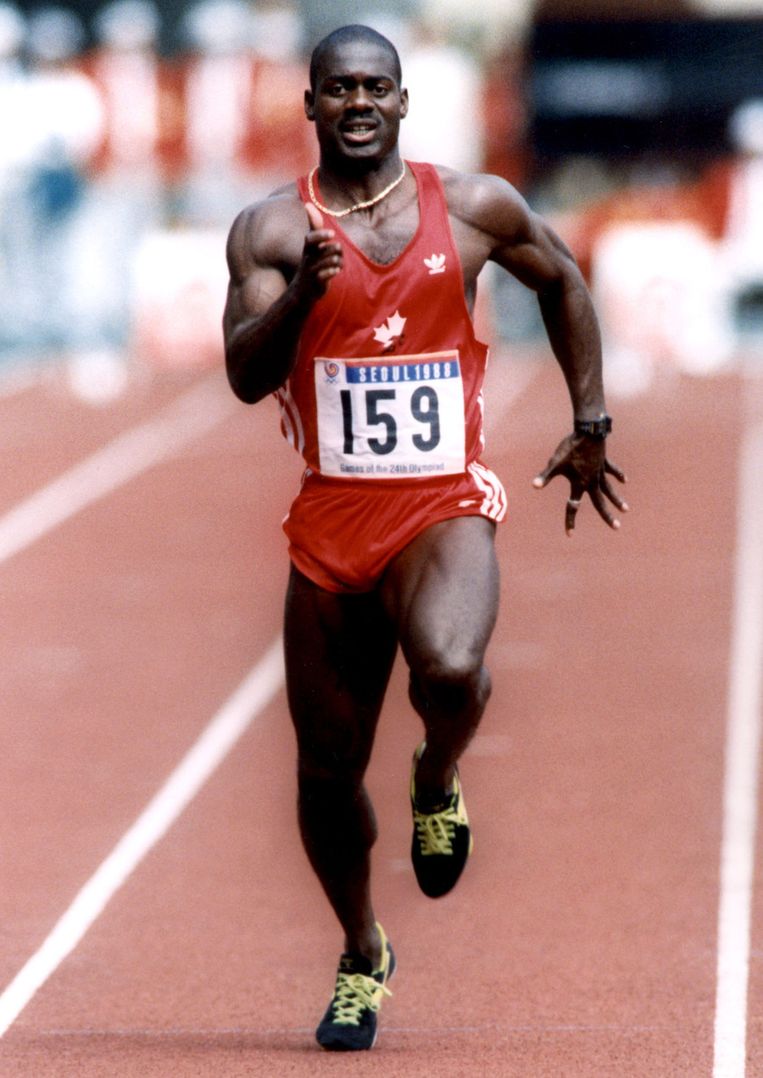 The Boxer Who Got K.O.'d Outside the Ring

Future A-list fighter Roy Jones Jr. suffered the biggest blow of his career at the Seoul games when the American lost—or got robbed, some say—to the hometown South Korean boxer in a gold-medal bout. 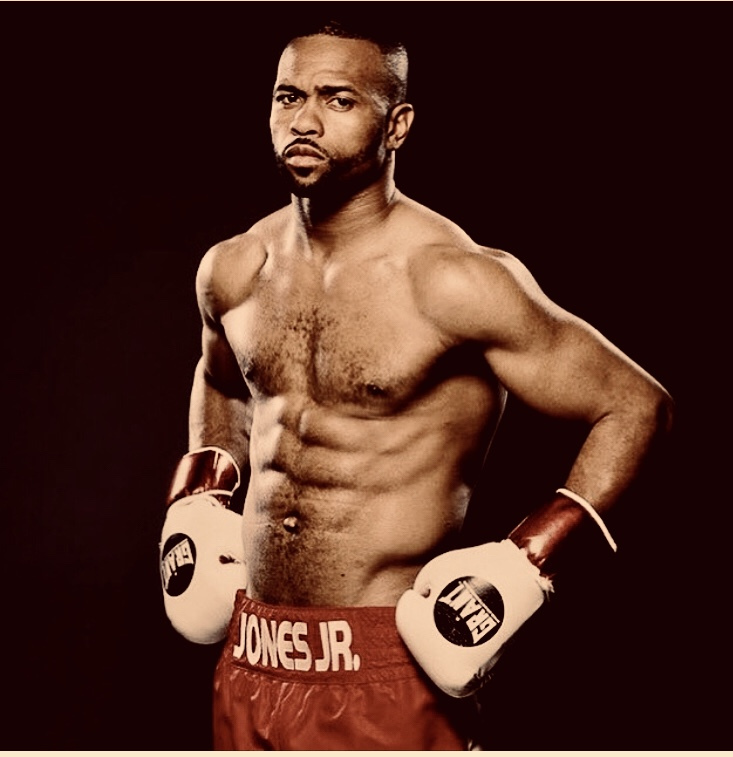 At the 1968 Olympics, American track athletes Tommie Smith and John Carlos, gold- and bronze-medal winners, respectively, for the men's 200-meter dash, brought the black-power movement to the world stage (and drew a suspension from the U.S. team) when they lowered their heads and threw up gloved fists as the National Anthem played at their medal ceremony. 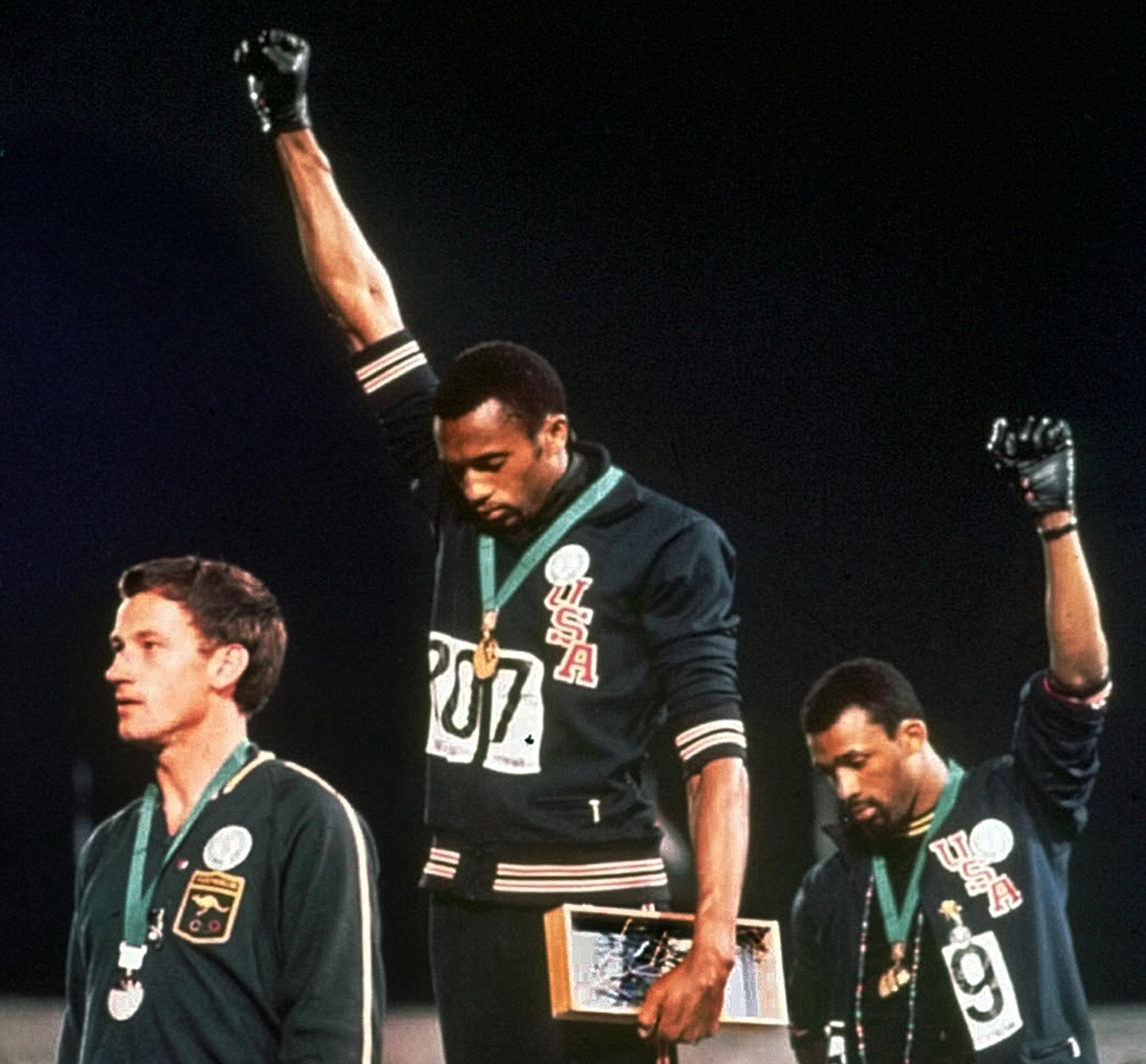