These Super-Sized Kitties Will Definitely Steal Your Heart

This breed of cat is one of the largest of all domestic cat breeds. They get their name because they are native to the state of Maine and have a distinct letter "M" designed into their fur in the middle of their head, just above their eyes. 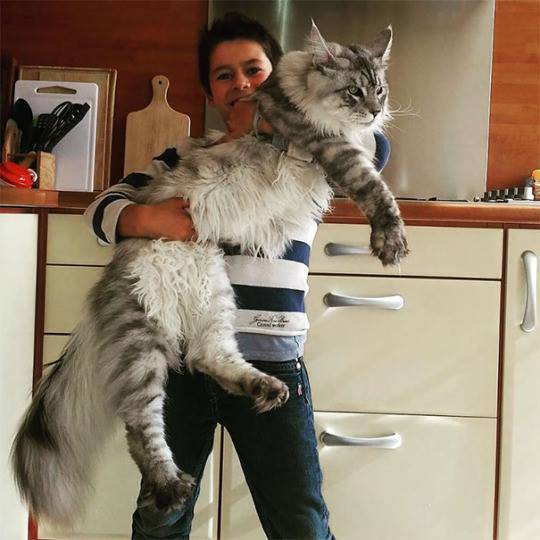 Despite their massive size, this breed of cat is extremely sociable and have even been called "gentle giants." They are very playful and smart. In fact, they are known to have dog-like characteristics instead of the characteristics that are generally associated with cats. 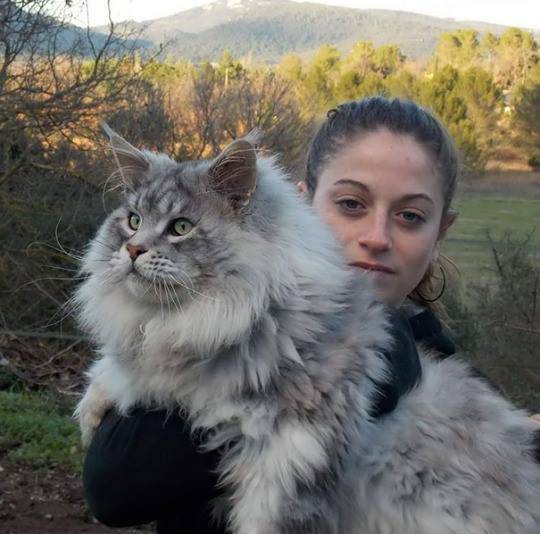 There is no real evidence of the Maine Coon's ancestral origins, but there is a tale that includes Marie Antoinette. According to Wikipedia, it is said that when she tried to flee from France that she loaded six Turkish Angora cats on the ship she was using. Marie Antoinette did not make it to the United States, but her cats were able to reach the shores of Maine. This is where they said that her cats bred with some short-haired breeds creating what we know now as the Maine Coon. 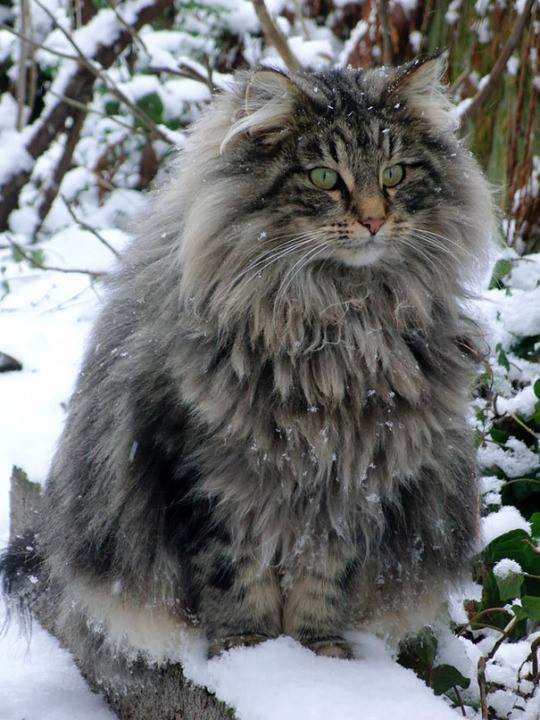 The average male Maine Coon can weigh from 13 to 18 pounds and females from eight to 12 pounds. Adult Maine Coons can be from 10 to 16 inches tall and up to 48 inches long. That includes the length of their tails, which could be as long as 14 inches. 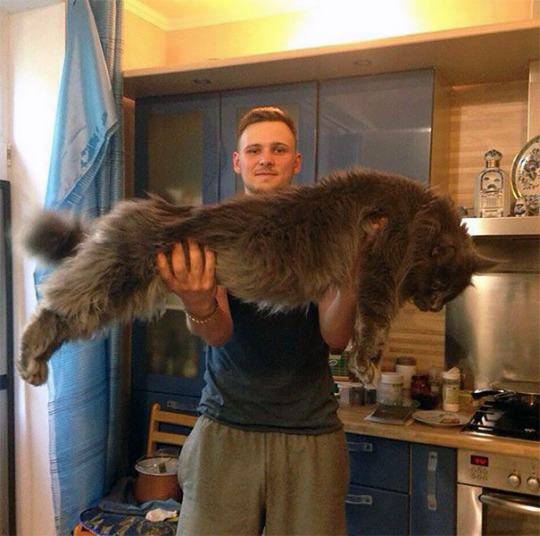 Not only can their tails be up to 14 inches tall, but they are also super fluffy like a raccoon's tail. They have muscular bodies that help support their weight as well as having broad chests. They have a more rectangular shaped body and do not fully mature in size until they are between three and five years old. 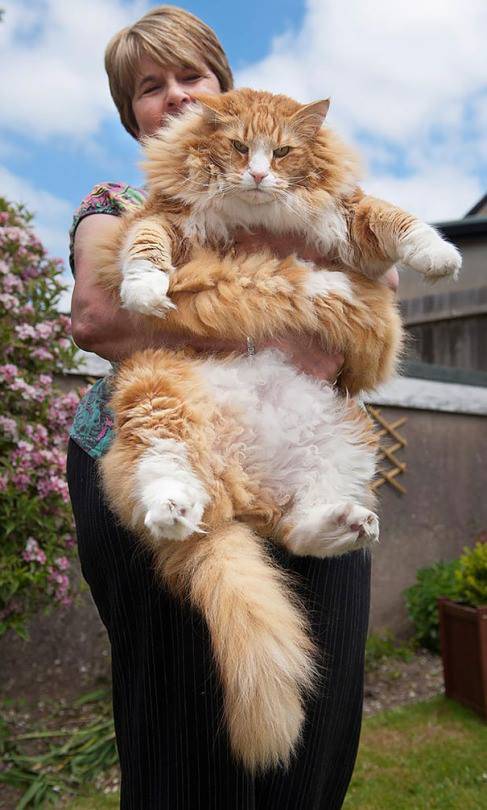 They can have medium to long hair that is super soft and very silky to the touch. Some of them have hair like a lion's mane around their necks. Because of cross-breeding, these cats can also come in a wide variety of colors and patterns. Some of the original Maine Coons even have one or more extra toes, but as the bloodline thins out from cross-breeding, this trait is less common than it was in the 1800s.

Why would any cat lover not want one of these beauties? The problem is that they are very expensive and only available through breeders. These are not the kinds of cats that you will likely find in a shelter. The average cost to purchase a cat like this is a whopping $1,000. 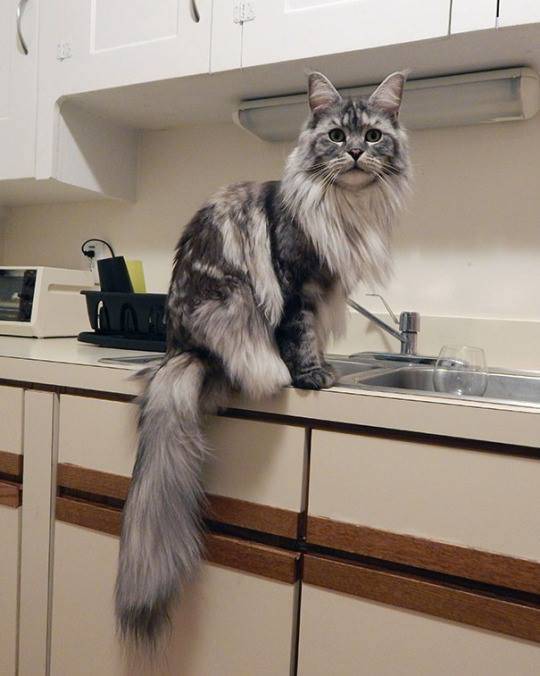 If you can afford to drop a pretty penny on one of these beautiful creatures, we say go for it. Everything that we know about this breed says that they make great pets, especially since they act more like dogs than cats. That means you can have a great ball of floof who is loving, playful, and affectionate without worrying that they might claw your eyes out just for trying to give them some loving. 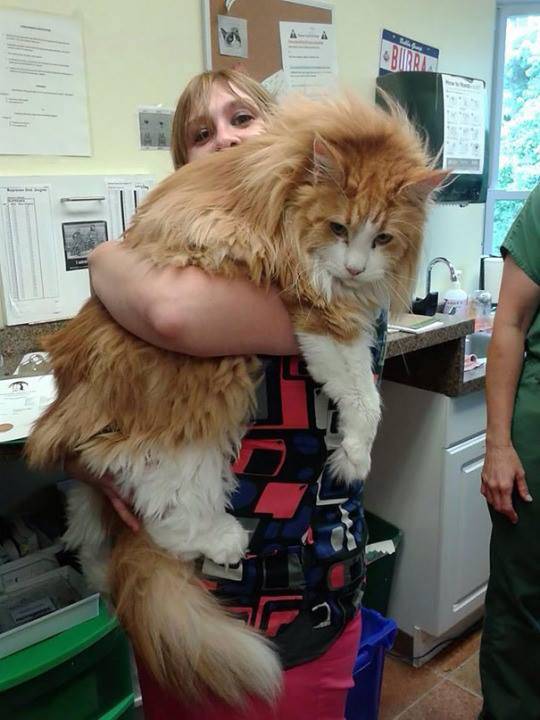