Being a woman is complex so we need to have each other's backs. These girls shared what they learnt in this Reddit thread. 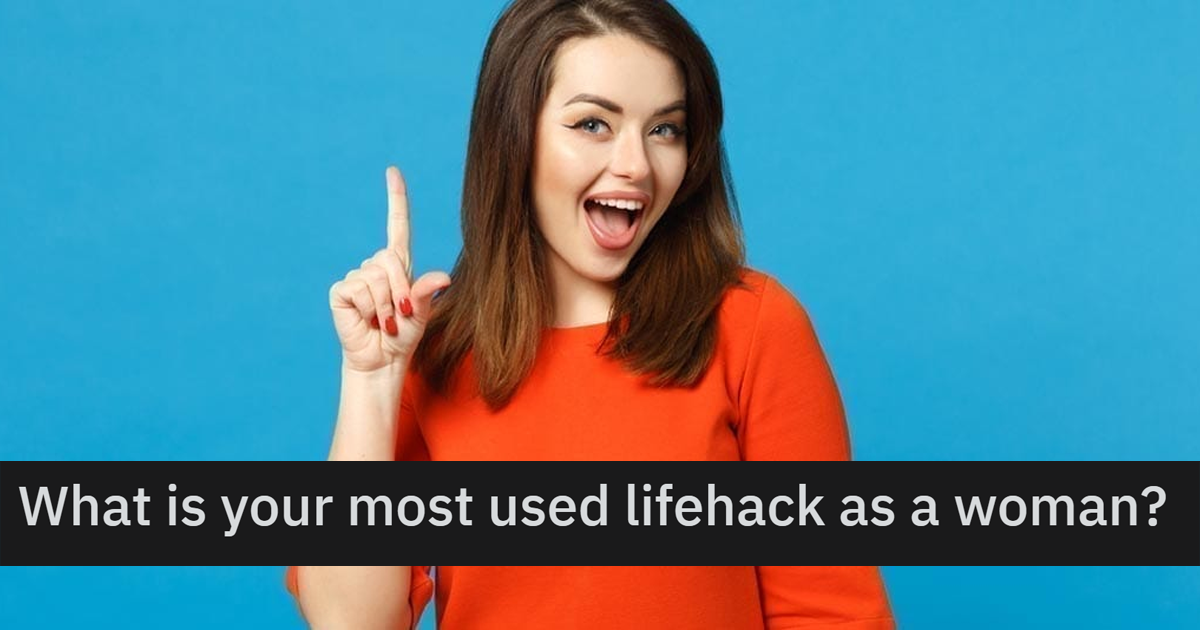 Avoid that rust in a pinch

Always have backups. Life can be unpredictable.

"keep a backup purse or toletries bag in ur car dash filled with basics eg. deoderant, perfume, basic makeup, glasses cleaner (if youre blind like me), mini toothbrush and toothpaste, mini brush, some cash etc

It's saved my butt on numerous occasions such as impromptu meetings, having to stay over at a family members house, dates you may need to rush to etc."

"Learn the power of saying the word “no”. Set those boundaries for yourself. Life-changing.

Girls are not obligated to always be nice.

"This sounds weird, but...not being afraid to be rude.

Some dude trying to talk to you while you're reading or listening to music or working out?

Flat, blunt rejections. An annoyed and sarcastic, "Can I help you with something?"

Some dude interrupted me reading a book to start talking to me about something I wasn't interested in (his Funko collection, and I hate the cheap and ugly little things and would rather pay more for a Figma or Nendoroid, but because I have geek hobbies...) and after repeatedly stating I dislike their aesthetic, I finally flatly replied with, "Wow, that was a really boring story."

Take being a called a cunt or bitch confirmation that it works. If the dude throws a tantrum, don't engage. Just silently watch him. Maybe throw in a nonchalant, "I see that touched a nerve," when he's done if you've feeling sassy.

They're sustainable and great for the planet too.

"Diva cups. I save so much money, and haven’t had a yeast infection since."

The pink tax is real. Don't be fooled.

Get your money's worth out of everything

"When you can’t squeeze any more product out of a tube container (hand cream, moisturiser, body lotion, etc.), cut it in half using scissors. You’d be surprised how much product can be still in there - sometimes a few days’ or even a week’s worth."

"Cotton bud soaked in vanilla essence attached to your car aircon will make the car smell good for months for a low cost."

"I sew my adjustable bra straps in place at the right size. No more straps always pulling looser and slipping off my shoulders"

Invest in pockets not purses.

"Invest in clothing with pockets."

You don't want those UTIs

Never be afraid to walk away

"Never be afraid that you might not find a better person that's why you settle for less. You always deserve better, and most, peace of mind."

It's not like a law. You can totally go shop in the men's section.

"They have jeans with pockets in the men's section. Nobody will notice or care that you're wearing men's jeans."

You won't be reminiscing about that presentation when you're 80

"Yourself and your family come before work. Always."

"When saying no to creeps didn’t work, I started screaming and acting crazy when they wouldn’t leave me alone. Shoos them off right away."

Advice so nice, it bears repeating twice. Always have backups.

"Keep a change of clothes and shoes in the trunk of your car. Always have backup shoelaces. They can be used as a belt. Tie a shoelace through 2 loops on each side of your pants. It works. Trust me on this."

Outsmarting mansplainers is easier than you think. They're not that smart to begin with.

"When a man tries to mansplain something to you respond with “and when did you learn that?” 8 times out of 10 they won’t do it again."

Alright everyone, go home. We have a winner.

"Bin the dating apps.. get cats.