These Yahoo Answers Posts Will Make You Feel Much Smarter

There is no shortage of stupidity on the internet. You probably see it all day long while scanning your social media feeds. But, the best of all of the stupidity can be found on Yahoo answers. You will not believe some of the things these people ask. Here are some of the craziest Yahoo Answers questions and responses.

This guy is desperate to find out the name of his new favorite techno song. Instead of being smart and asking the DJ the name of the song as it played in the club, he turned to Yahoo Answers. However, his description of the song is not helping him get the proper answer. 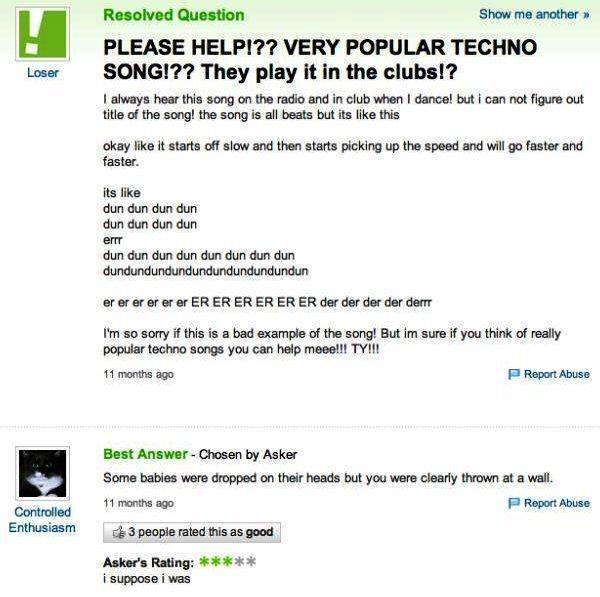 We are not sure why this question warranted such a snarky response. It is a legit question that we are sure plenty of people would want to know the answer to. We just hope that he updates us once he has downloaded more files. 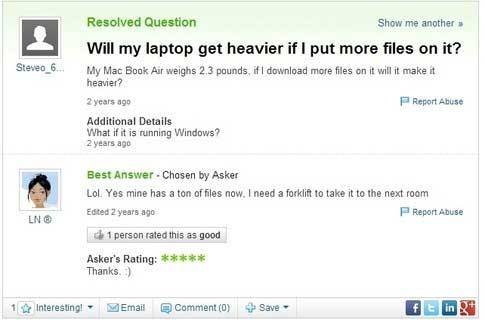 It is clear that this guy is just one of the many trolls on Yahoo Answers that pose absolutely ridiculous questions. It does not make it any less funny, though. It is something you can almost imagine some dummy really wanting the answer to.

We live in a strange day and age where people fall in love with objects and animals instead of human beings. She clearly loves her fur baby a bit too much. We just hope that she does not try to take the relationship to the next level. 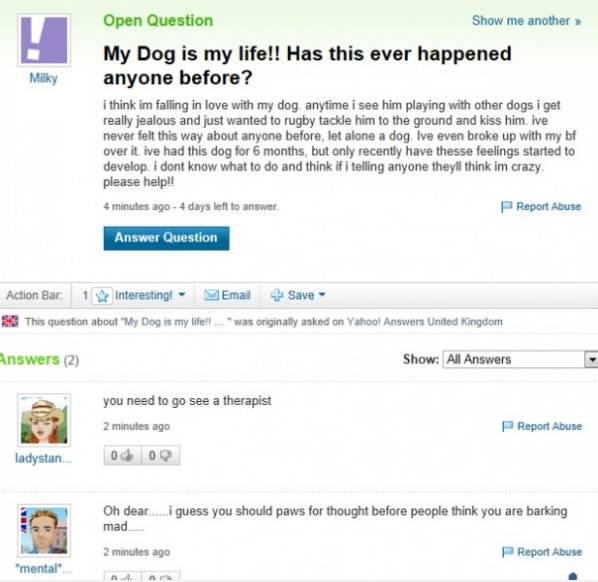 There are all kinds of ways to figure out if your other half is cheating on you. This gal figured it out because his farts smell different when he "works late." One person answered with a question that we all want to know the answer to. 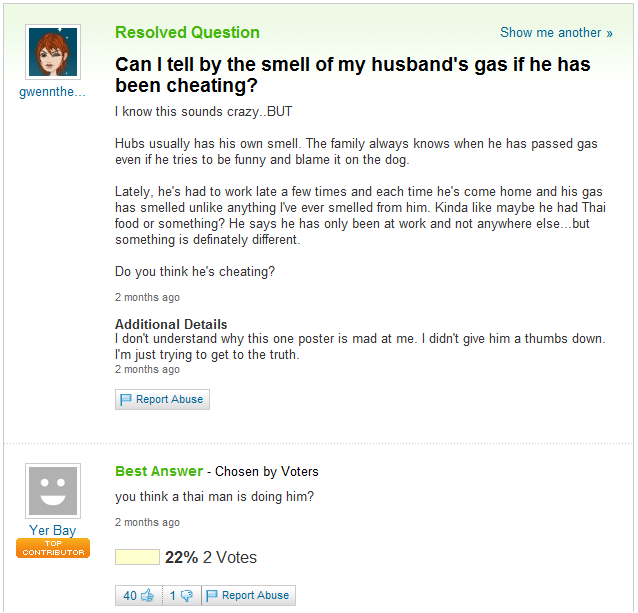 We have all wished that we could become ghosts to haunt people, but most of us know that it is not even a possibility unless we are dead. This guy clearly hopes that there is some sort of workaround for it. We are not sure a sheet is going to give him the effect he is looking for.

You know what? We have been wondering the same thing. The cameraman was incredibly irresponsible for not aiding this boy while he was left home alone. He totally should have helped or notified the family. Anything would have been better than just standing around and watching this kid in so much danger.

Clearly, this person's cat is broken. It is not normal for them to vibrate and make vibrating noises. Perhaps, she should try turning her cat off then back on again. That should solve the vibrating issues. 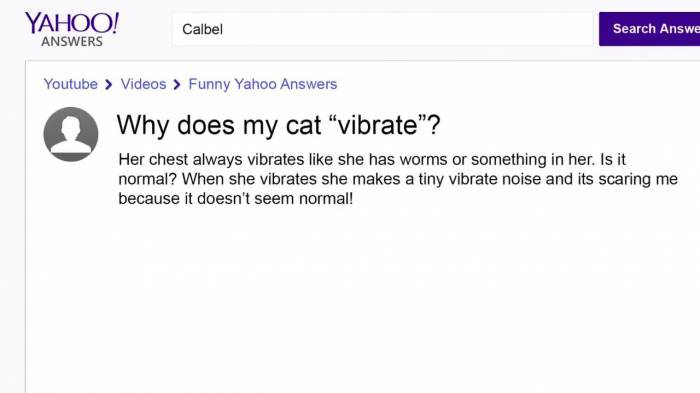 It appears that Sacha is going to start having a lot more fun when her period comes around. She no longer has to fear sneezing out her tampon. She can just play it off as a new way to play paintball. 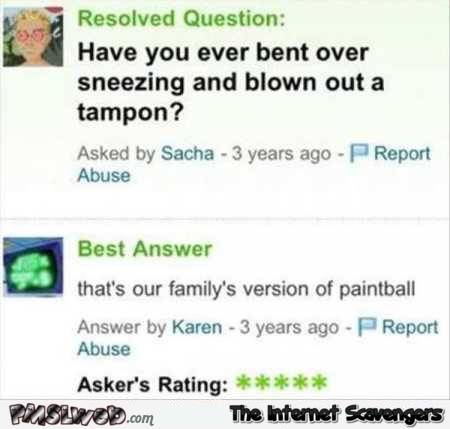 This poor guy seems to be totally smitten with a girl who thinks he has done her wrong. The responder gives him some great advice to show her the difference, but we are not so sure that it is going to help his situation much. 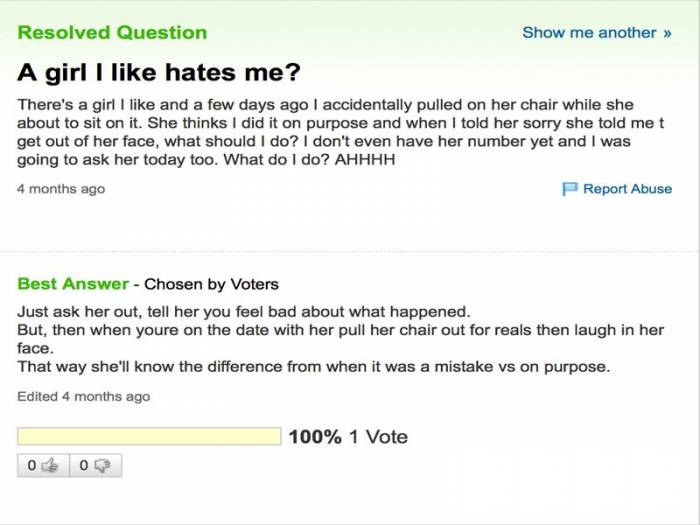