Posted by Sumaiya Ghani in Bizarre On 12th June 2021
ADVERTISEMENT

Chloe has been collecting her fallen hair for a year now and has been able to gather enough to make a healthy ponytail. She collects and then carefully tapes each strand together and has managed to gather more than 30,000 hair by now. This lady not only keeps every single hair that falls out but also documents the whole process on her TikTok where, ofcourse, her videos go viral. 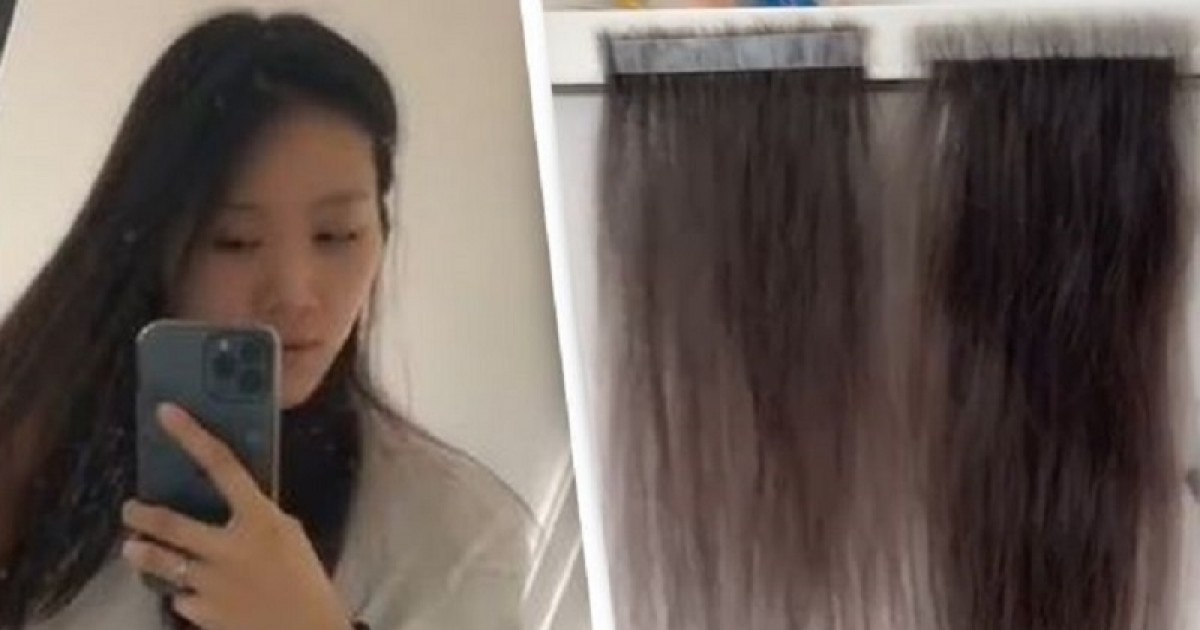 Believe it or not, this Australian beauty blogger has been keeping every single strand of hair that fell from her head for a year and now she has got quite a collection. The woman, chloelee397, carefully collects and tapes the strands together and also manages to document the whole process. 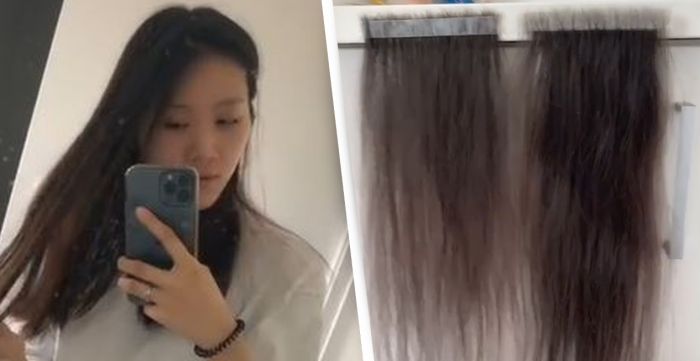 Chloe lee records herself collecting her fallen hair and carefully taping them together. It was just a few hair strands at the start and now the hair is enough to make her a ponytail, and eventually her very own hair extensions. She posts the videos on her TikTok which gains quite some views.

♬ Figure It Out - Blu DeTiger

If only one can learn the magical skills Chloe lee possesses, this could save quite some money

According to a 2020 report by Hello! magazine, good hair extensions can cost between £185 to £700 and this hair-saving exercise can make you save good money.

the result is utimate

♬ Somebody that I used to know by Gotye slowed - Melaaaaaa

But this demands time and patience, we agree

The videos show chloelee397 patiently and carefully taping her gathered hair to a wall. She is seen taking one step at a time and slowly and calmly building her very own natural hair extensions.

The study from the American Academy of Dermatologists reveals that women shed more hair than men and that a normal human being sheds around 50 to 100 strands of hair per day.

Chloe has been saving her precious hair for a year which is more than 350 days. It might give you an idea of how much this lady has managed to save until now. In November, she revealed she had accumulated ‘26,800 hairs, 120hair x 6 months’.

Now after more than a year, her hair extension is full enough to make a beautiful ponytail.

She even showed her followers how her extension looks when placed on her head. She told it was not that comfortable but was as good as an extension straight out of a high-end salon.

The best part about is that Chloe plans to donate these extensions to cancer sufferers who have lost their hair during chemotherapy. This kind lady never planned to sell them or use them herself but collected all these hair for a year just to donate them to those who deserve them.