This man tried all possible pranks on his boss to make him react in the worst manner possible and fire him from the job. From doing the classic jumping from behind the door to attaching air horns to his chair, he did it all. However, he really underestimated his boss's capacity of taking his jokes, and well the plan didn't really work that well. However, the video is sure to give you a good chuckle today. 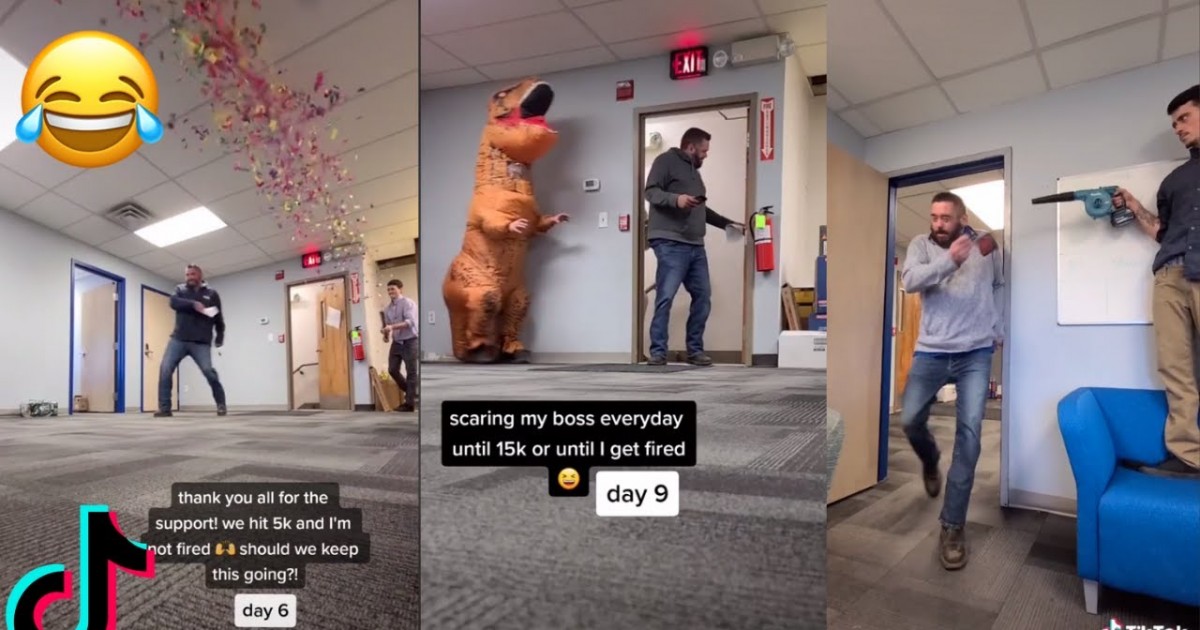 This guy decided to give a good scare to him every day till he gets tired of him and kicks him out of the job.

He posted the challenge on tik tok and needless to say this unique has gone viral with people really enjoying his funny pranks.

The hilarious video on tik tok is titled: "Scaring my boss every day until 5k or I get fired." 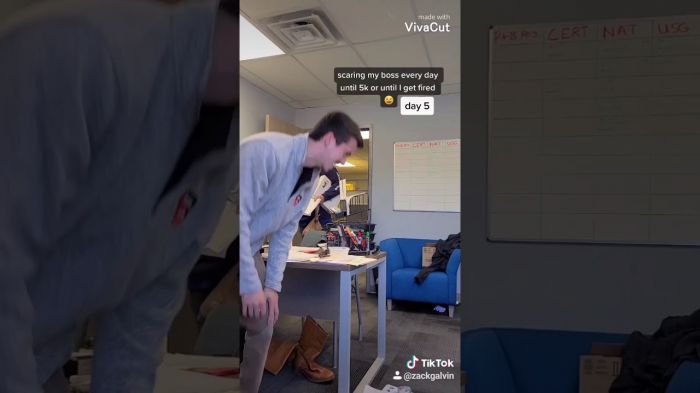 He starts with the childhood prank of hiding behind the door and giving a major heart attack to a person crossing the door. Advancing with his pranks, the man then dresses up as a dinosaur T-Rex to surely scare the hell out of his boss, oh but we can see how the man is trying to hold it in and getting sick with these pranks. 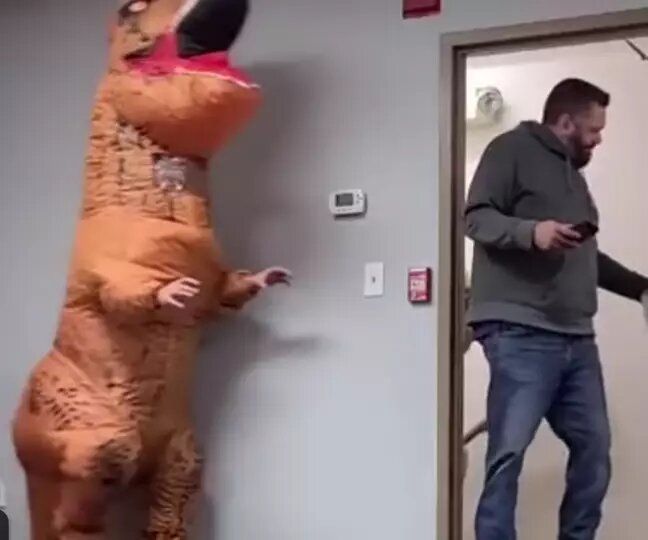 As if this was not enough the man then proceeds to use portable confetti cannon.

Moving on with pranks that will surely result in a good scolding if not anything, he proceeds to use contraptions to make his boss jump with scare and used balloons and sharp objects stuck to the wall. 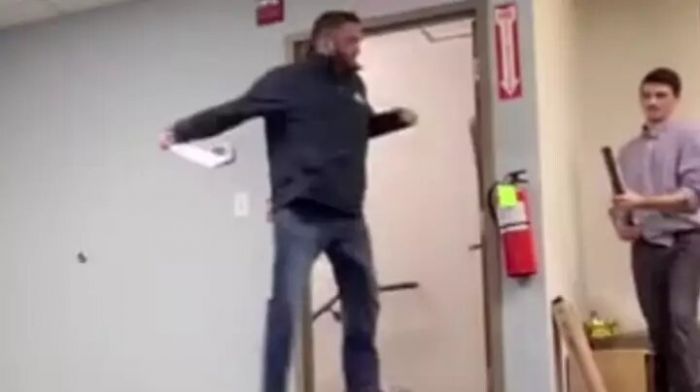 Seeing his boss is in no mood of letting him go over these pranks and running out of fresh ideas, he even asked people for suggestions for pranks that will really piss off his boss.

One person commented on his post one day, saying: "Get a Bluetooth speaker and put it under his table. Then play the song 'I FEEL GOOD' and see his reaction." 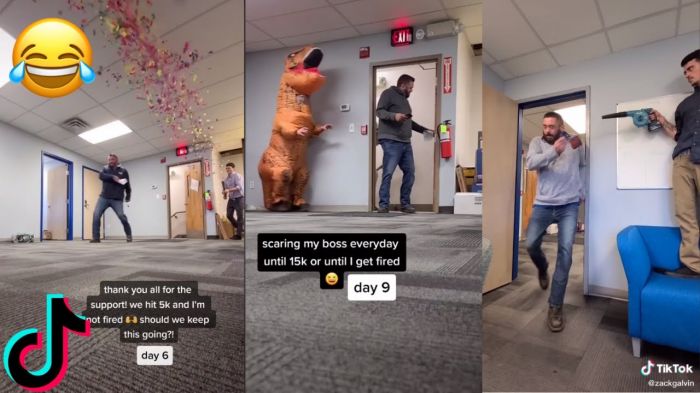 At this point, it is quite evident that the lad's boss is an immune man who doesn't even flinch with the slightest of noise, and with all these pranks he goes on about as if he didn't get a major scare at that moment.

In fact, his exhaustion from all this weary when he falls for one of the pranks and sits on a chair with an air horn. 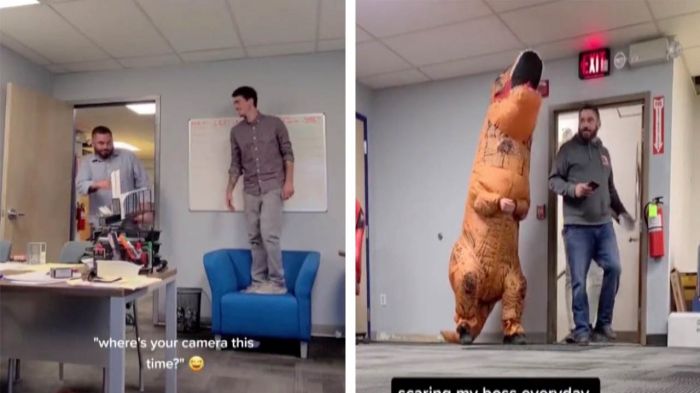 However, by the end of the 15-day challenge, it seems like the pranks are finally getting to the exhausted man as he curses him every time he falls victim to any of the jokes. When he sat on the chair with an air horn, he growled, "I f***ing hate you."

Having tried all tactics on his boss, the man takes on a more brave challenge on day 16 and blows a mini leaf blower in his boss's face as he enters the room.

Though both are actually tired by the end of this brief prank session and the man decided he's had enough and decided to just go home.