This family found the most ingenious way of avoiding the racist remarks being made be their neighbours and put up a ‘border wall’ to keep them out. 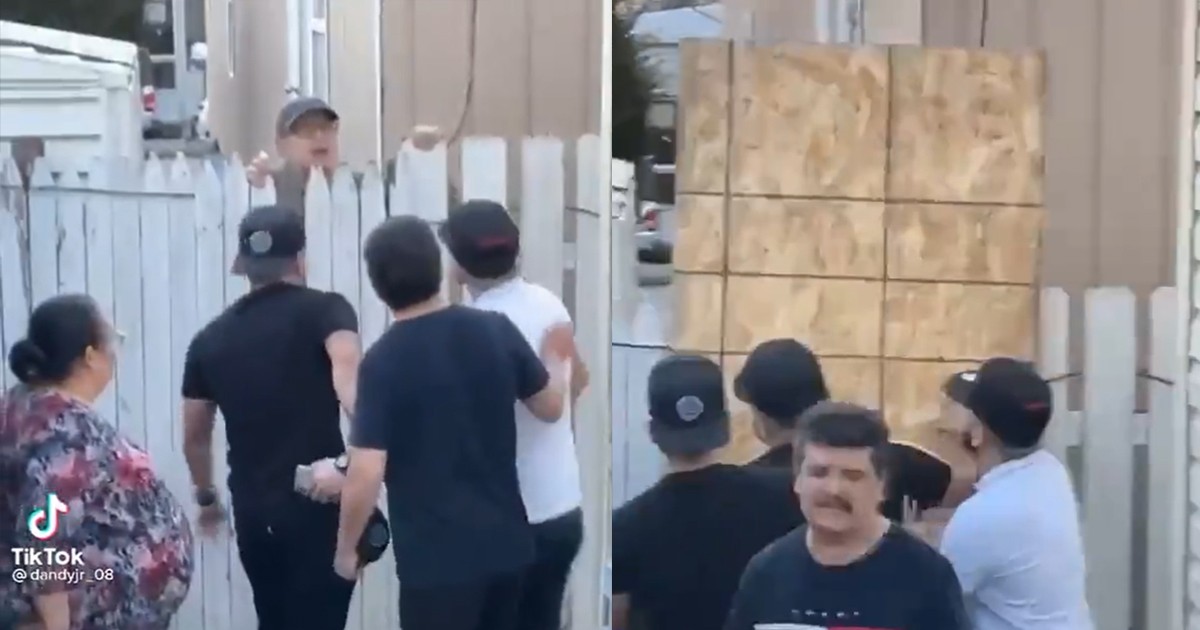 Adrian Carillo’s family was having a party in the backyard and listening to Mexican music when their neighbour popped their head over the fence and started making racist remarks.

Their racist neighbor was angry because they were listening to Mexican music, so they put up a border wall over him 🇲🇽 👍 😂 pic.twitter.com/X77n5fSTqa

“My dad was next to the fence when [he] saying to turn that off ‘you f—in’ Mexicans go back to your country. That’s when we stepped in to defend him.” 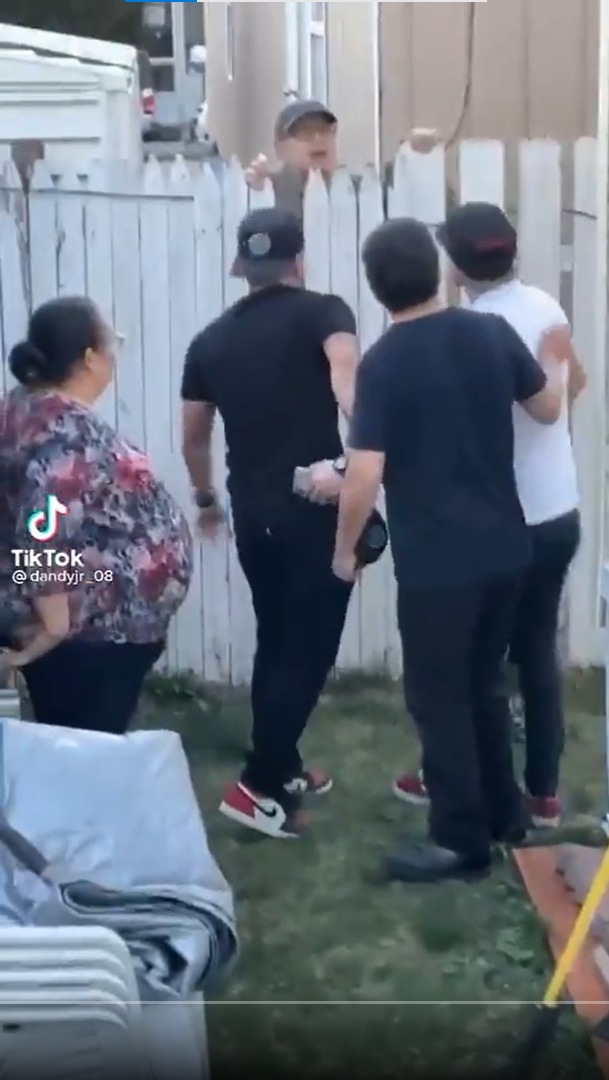 They promptly picked up a piece of plywood and blocked his impolite and racist screams. 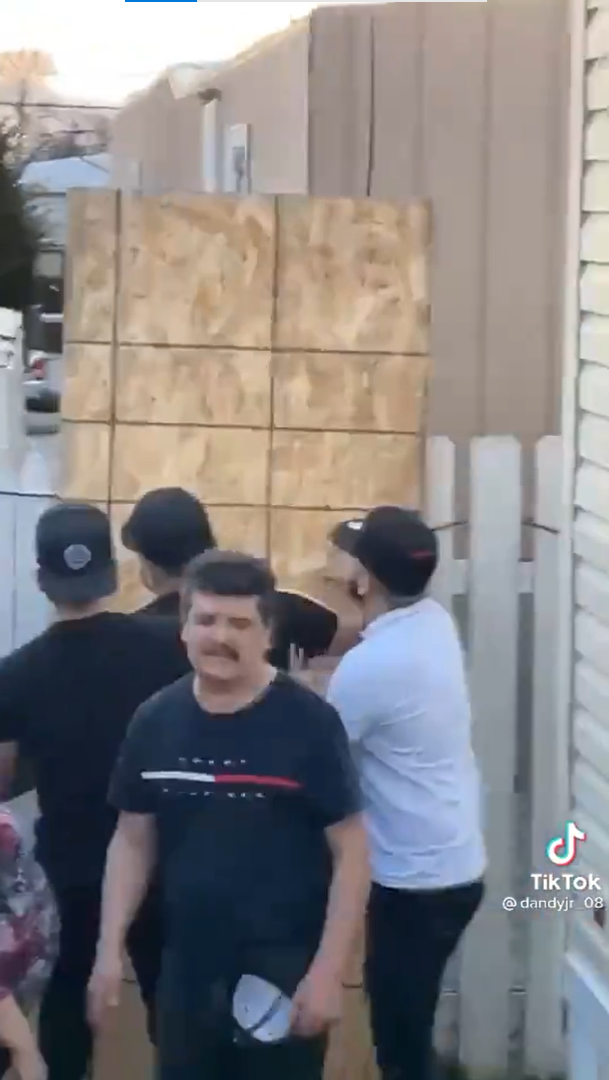 The video, which was originally posted on TikTok had the caption, “never let racist neighbours stop u from hearing Mexican music.” 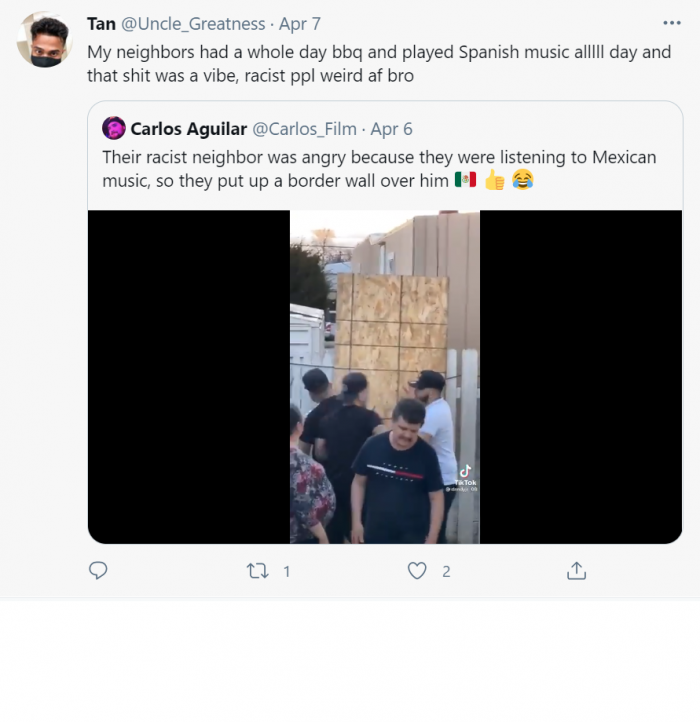 Commenters found the whole exchange hilarious and thought this was a genius way of handling such an aggressive situation. 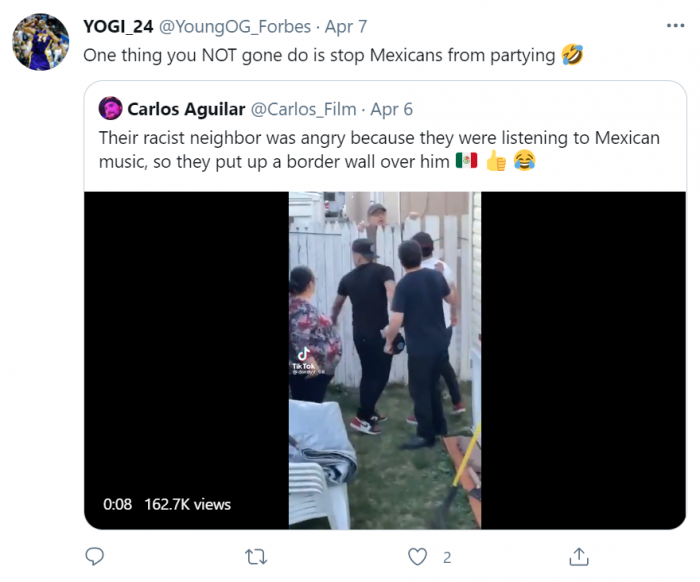 Others speculated that the neighbour may not be racist and may just not like the noise but Carrillo clarified that they had had issues with the neighbour in the past and that this sort of behaviour was not new to him.

In any case, it seems like the neighbours don't get along and this was a smart way to bring the tension down.