This Guy Asked Tiktok For Friends. Got Dozens Of Them.

In this week’s feel-good news, TikTok user Brently asked the universe for more friends, only for the video to go viral and getting the pick of the litter. 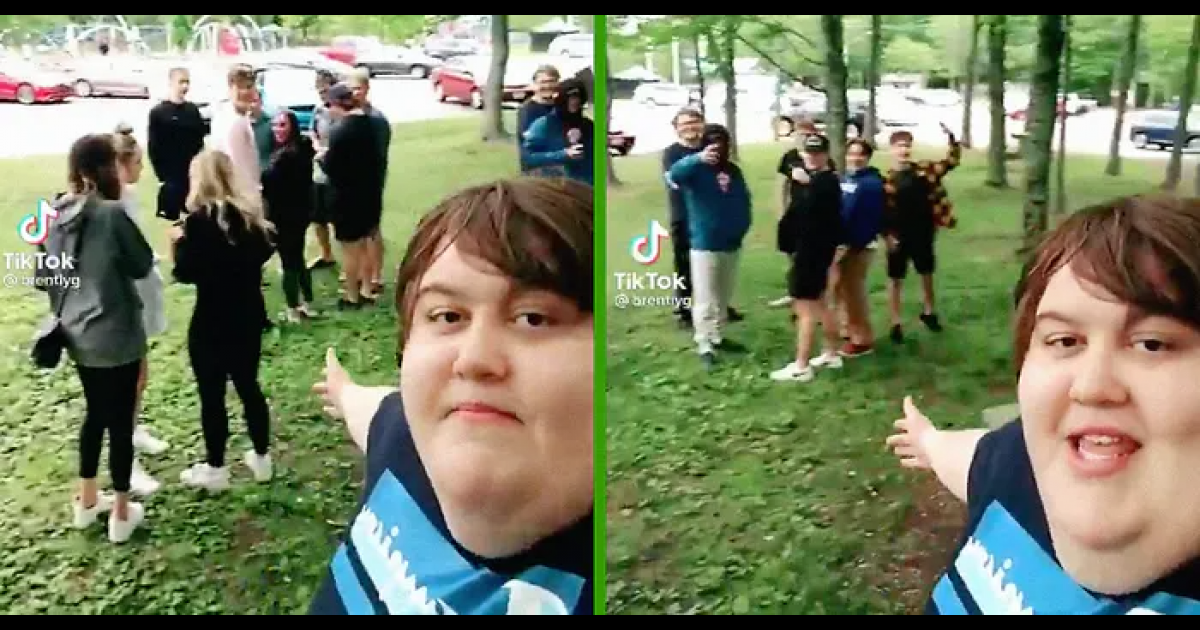 When Brently and his pal Jeffrey made this TikTok video asking for more friends, they didn’t know that the universe would answer and answer hard.

In his original video, Brently asked if any people within the Moncton area in New Brunswick, Canada were willing to be friends and hang out.

Brently spoke as his pal Jeffrey stood in the back. They told people of their interests such as movies, video games, comic books and asked people with similar interests to message them.

They also shared small videos of him and Jeffrey just hanging out and getting slushies so people could see what sort of activities they usually do in their daily lives.

“If you live in the Moncton, New Brunswick area or are just generally in New Brunswick, we’d really like to be your friend ‘cause it’s just the two of us right now, you know? We used to have a bigger group, but we’re looking to expand now because it’s just the two of us. So it’d be awesome to get a third person, or a fourth or a fifth, you know? We’re looking to expand and be cool together.”

Brently’s plea was answered after a cruel tweet saying, “The most depressing shit I’ve ever seen” was called out.

This is the most depressing shit I’ve ever seen pic.twitter.com/EFjOfP9UGu

People immediately responded saying, that these two guys actually seemed pretty cool to hang out with.

ignore the jerk OP. these guys are the definition of dudes rock https://t.co/f5Sx0yQfzH

As more and more people came to their defense, Brently organized a fun meetup at their local park. He didn’t know how many would show up.

fuck you. this is perhaps the best example of wholesome, normal people using the internet to try to form genuine connections I've seen in at least a decade

I hate so much that atomized, neoliberal ideology has flagged having normal friendships as "depressing" https://t.co/yPvCr2IQPn

30 people showed up to his event with Brently calling it, “the greatest day of my life.”

“I went and sat at this bench with Jeffrey and we brought the cooler over, and one by one, all these people started showing up,” Brently said.

we're here and so is everyone

“Some people on bikes, some people just walking up, some people getting out of their cars, and I was so amazed. So surprised that all of these people were coming there to hang out with me and Jeffrey. It was a super big surprise after what happened at Gibson Falls, but I can’t say how good that made me feel. It was this rush of dopamine that I’d never had before. All these people there to be my friend.”