This Guy Has To Quit His Job After He Assumed His Boss's Text Was A "D*ck Appointment."

Posted by Sughra Hafeez in Bizarre On 31st July 2018
ADVERTISEMENT

A 19-year-old guy got a text from unknown number which he assumed that it was a girl and his reply cost him his job. 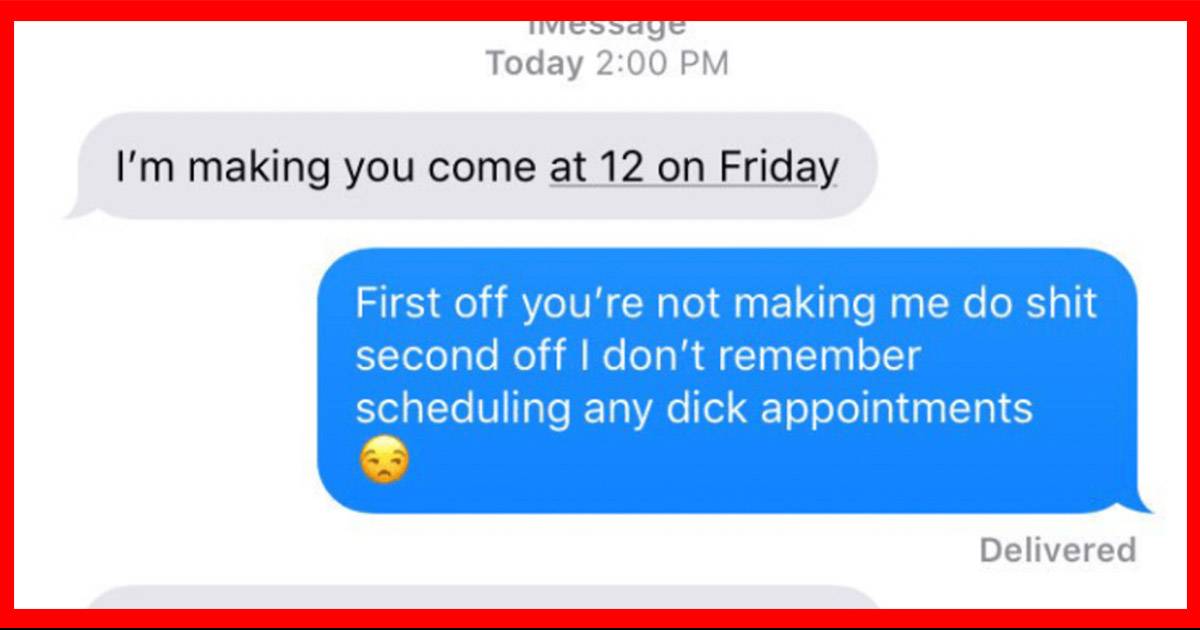 Cory Hrobowski, 19-year-old guy worked for a small web design company in Chicago at the front desk. He got a text from an unknown number on Monday saying, quote, "I'm making you come at 12 on Friday."

He assumed the text was from "a random girl"

Unsure of who the number was, Hrobowski assumed that it was a girl trying to force him to come over for, well, sex. 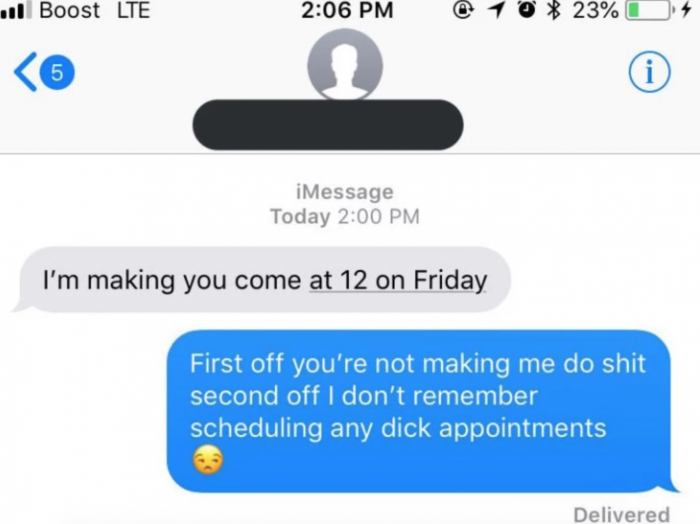 "First off you’re not making me do sh*t second off I don’t remember scheduling any d*ck appointments." 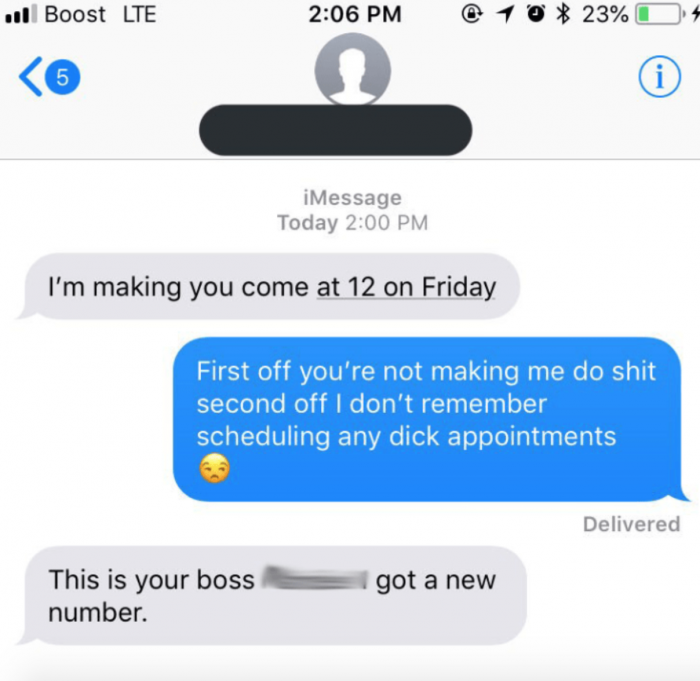 He found out that the unknown number was his boss. 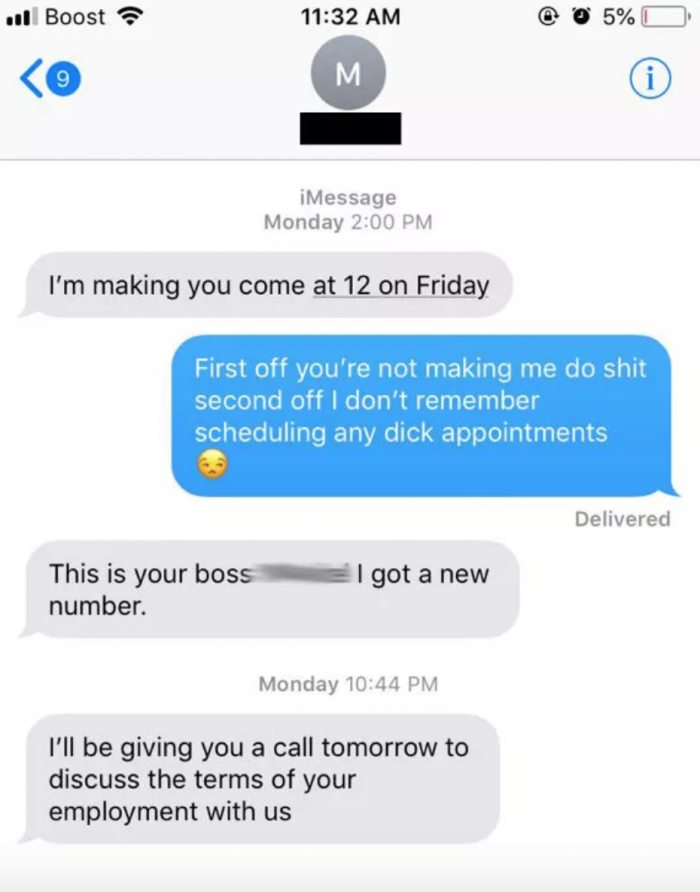 Hrobowski said: "When I found out it was my boss, I was actually super nervous," he said.

At this moment I knew I fucked up 😶 pic.twitter.com/DVIOaxnZlW

"The situation got awkward between me and [my former boss]," Hrobowski said.

He shares the mess on social media

Unsure of how to handle the predicament, the teen turned to Twitter to ask for advice.

just ask if that dick appt would help..?

Obviously, they blew up and went viral.

Before he knew it, Hrobowski was basically Twitter famous.

"I have bad experiences with unknown numbers so I get fed up pretty quick."

They both have shitty grammar skills. The lack of punctuation makes the message ambiguous without prior context 🙄

But his post quickly went viral, receiving 89,000 likes, 32,000 retweets and hundreds of comments so far.

Lmfaooo at that point he needs to offer his services im so dead. She should’ve stated who she was when she sent that text 😂😂😂

Mr. Hrobowski told BuzzFeed the situation "got out of hand" after his entire office discovered the post had gone viral.

The company even reached out to him about it. "[They] asked to not be mentioned due to the negative energy surrounding their name," he said.

He decided he had to quit his job.

"I resigned due to the fact that Twitter blew the situation up."

"I shouldn’t be so quick to assume, and ask 'who’s this?' first when I get a message from an unknown number," he said, laughing.

I'm sorry but that THREW me! "I realize my words were not good." pic.twitter.com/iXwwpilKkI