Posted by Annie N. in Relationships On 30th November 2021
advertisement

This girl had to fill out a Google form to be able to date her new boyfriend and the internet is losing their mind over the story with some thinking it’s strange and others thinking it’s cute. 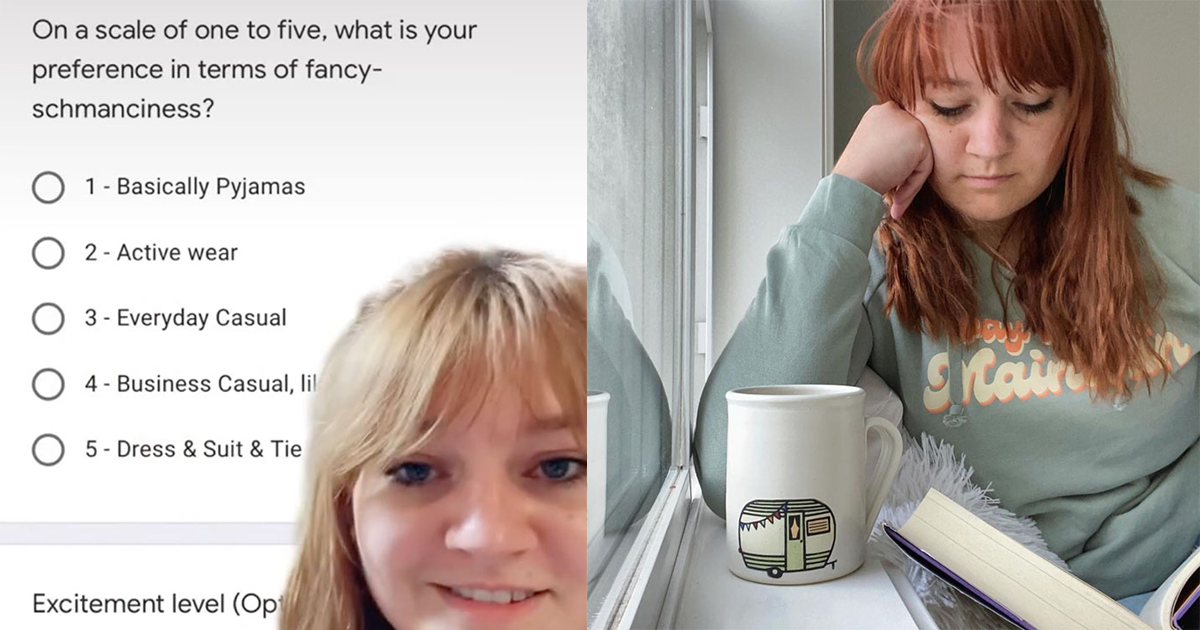 Modern dating is already terrible without having to jump through hoops. Yet this woman had a rather strange experience when she went on her first date with the guy who is now her boyfriend.

@maytheeleven shared the story onto her TikTok where her boyfriend Graham asked her to fill out a Google Form before their date night.

The form included choices for activities such as skating to spending the day at the beach. They even had an option for how formal or casually they wanted to dress for the evening. 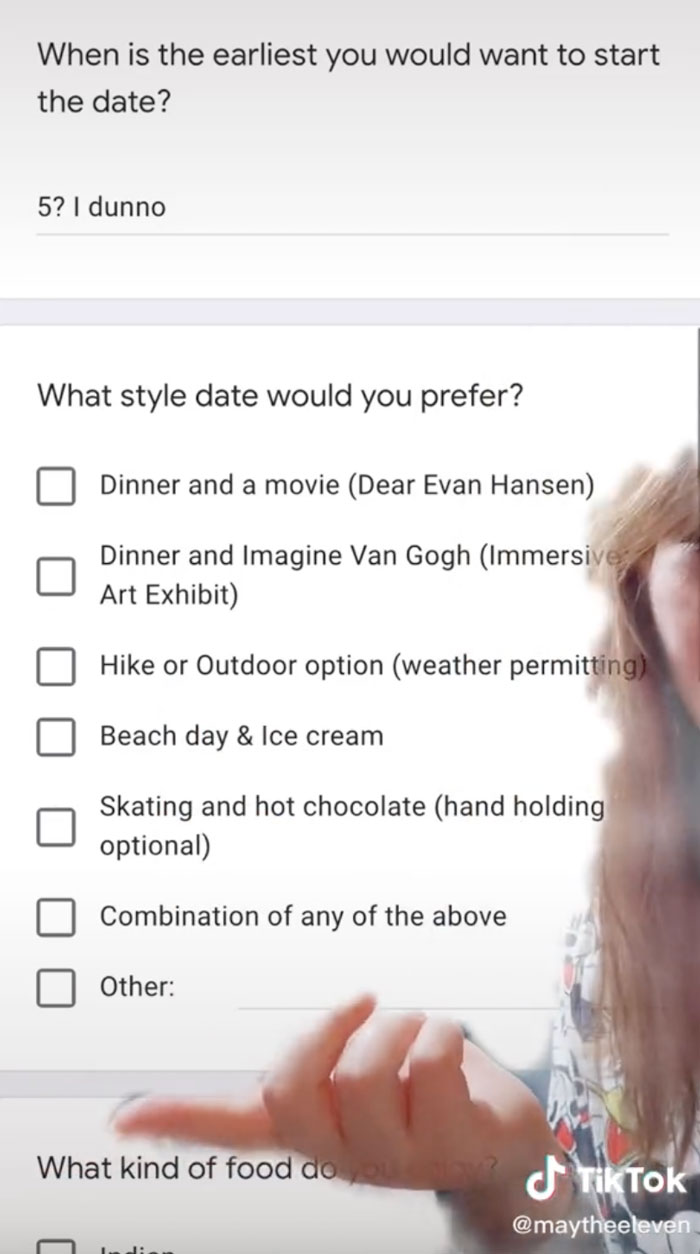 The Google Form is both hilarious and super cute.  It starts with, “you have agreed to go on a date with Graham. Congratulations! He promises a good time with your preferences in mind.” As well as that, Graham wanted the OP to specify whether she’d be able to attend or not. 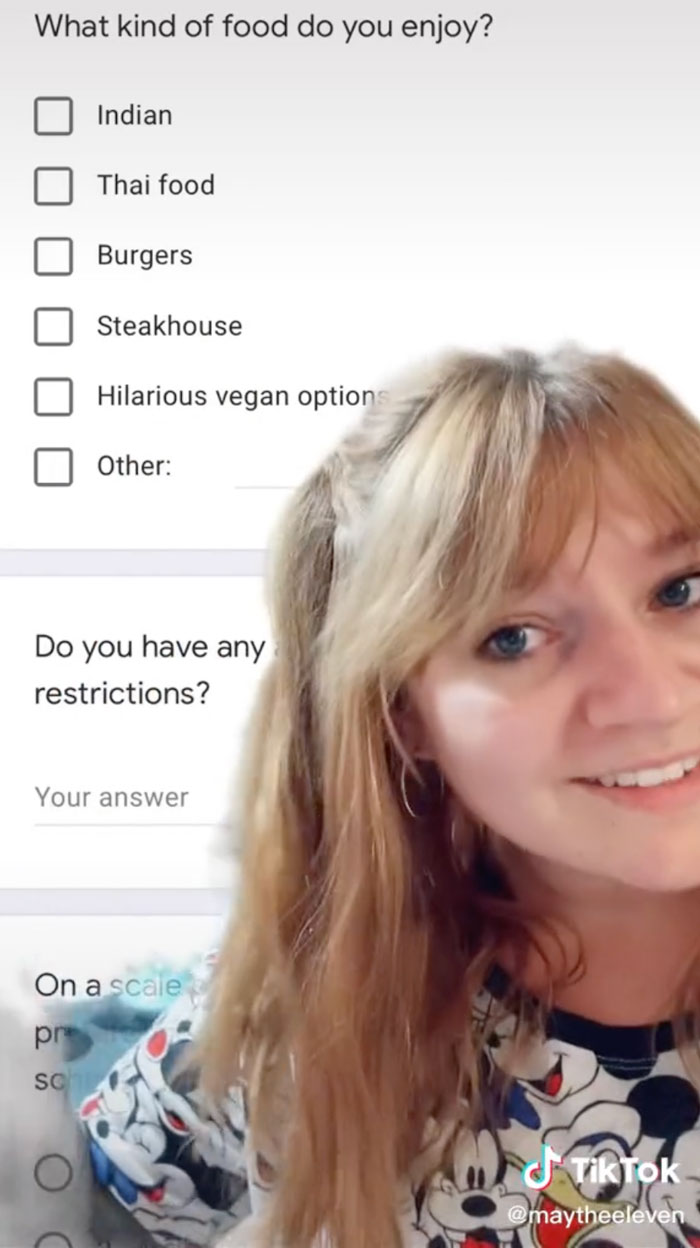 He asked her about her preferred levels of "schmanciness" and how excited she was to go on a date with him. 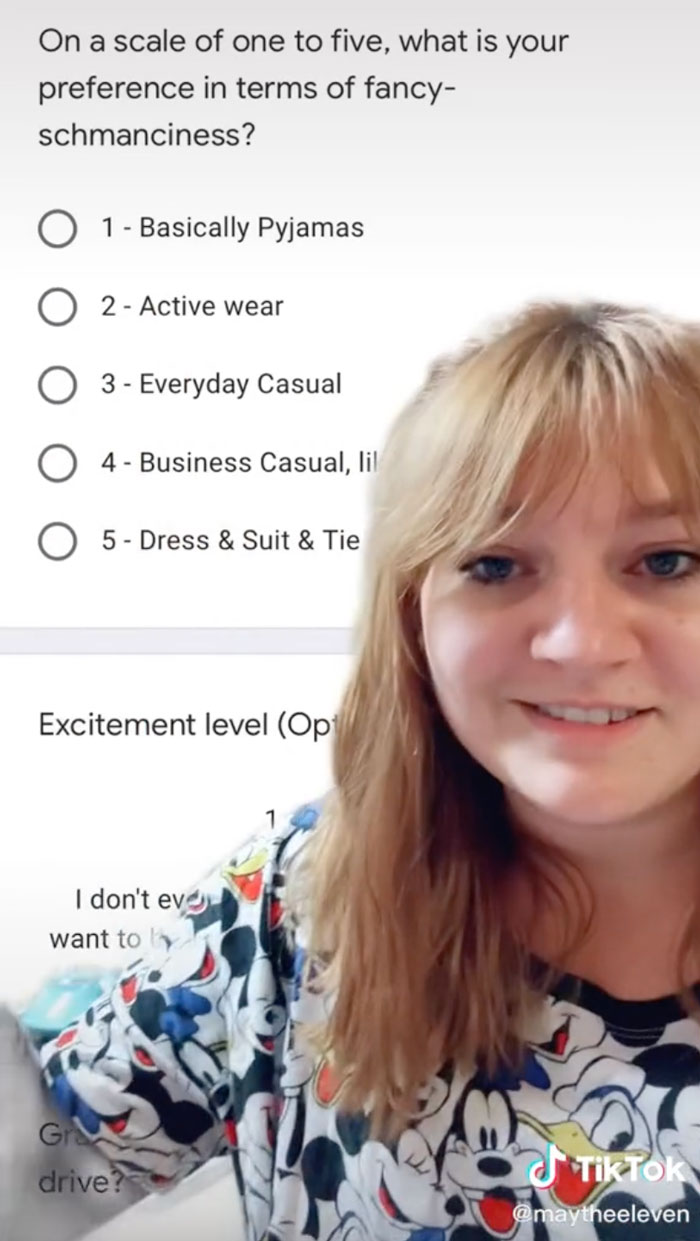 Once she had filled out a form he sent a totally not formal, completely casual invite to her which he literally designed. 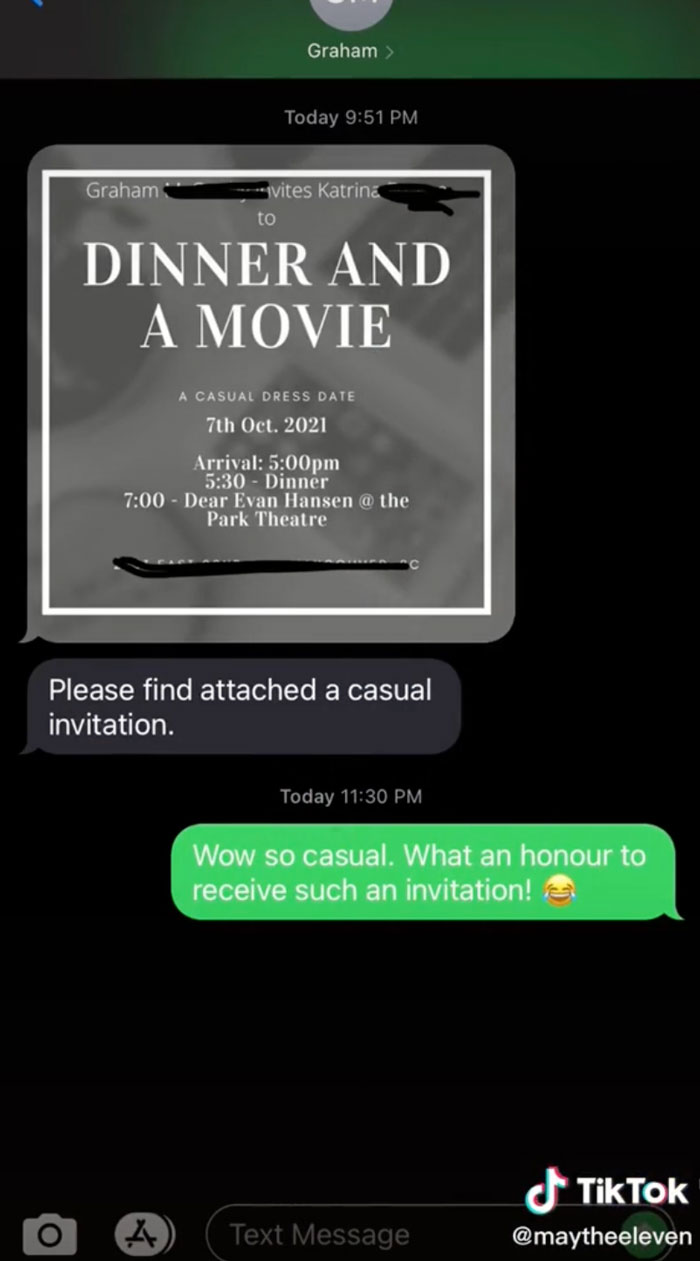 The best bit is that it didn't end there. After she had come back from the date, he sent a feedback form to fill out so she could tell him how she felt during the date.

Questions ranged from digestive symptoms to emotional ones and they're all super cute. 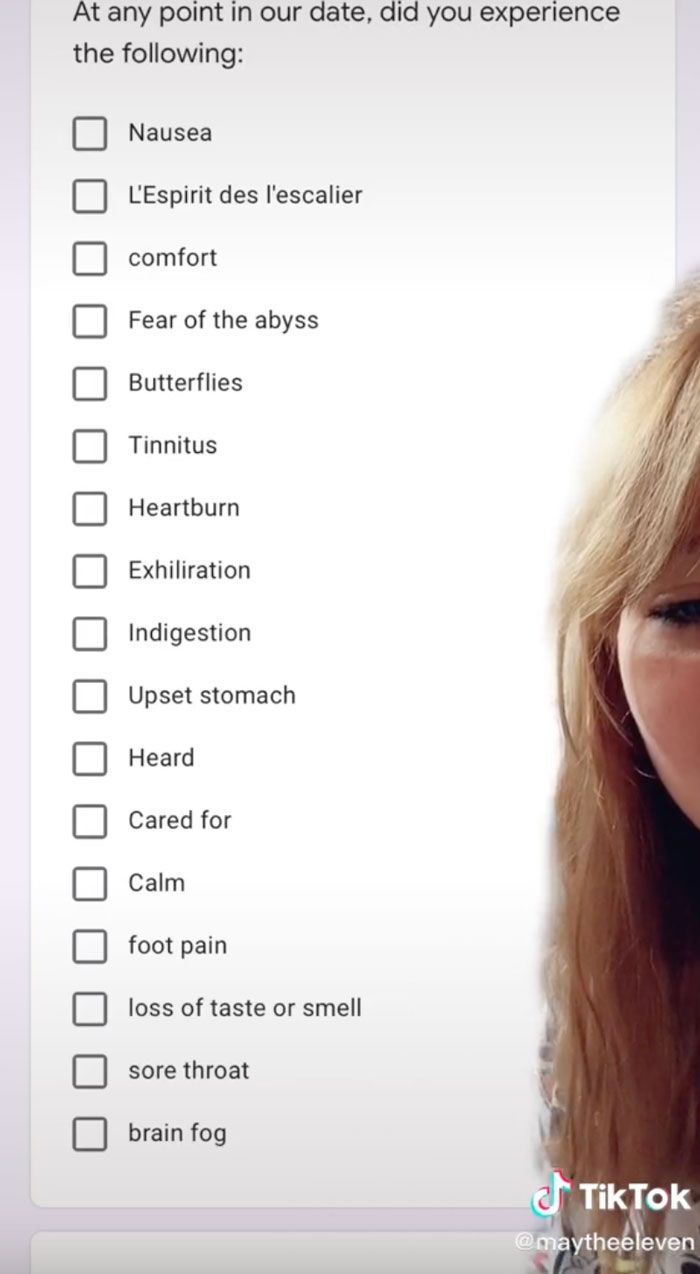 Graham, who is henceforth known as Google Form Graham decided to make the form available for everyone in case they wanted to make one of their own.

You can even fill it out here if you feel like it.

The standard has been officially raised and commenters are demanding forms at their next dates.

Graham is everyone's teacher now and we must all take notes.

Most people were wondering if this was just another episode of How I met your mother.