Sean Bradley, 28, had given his £40 Under Armour shoes a good old wash with stain removing product Vanish and what followed next was enough to leave any person in stitches. The man when stepped out in rain, the remaining suds of the product formed foams on his feet and his feet were engulfed by bubbles. 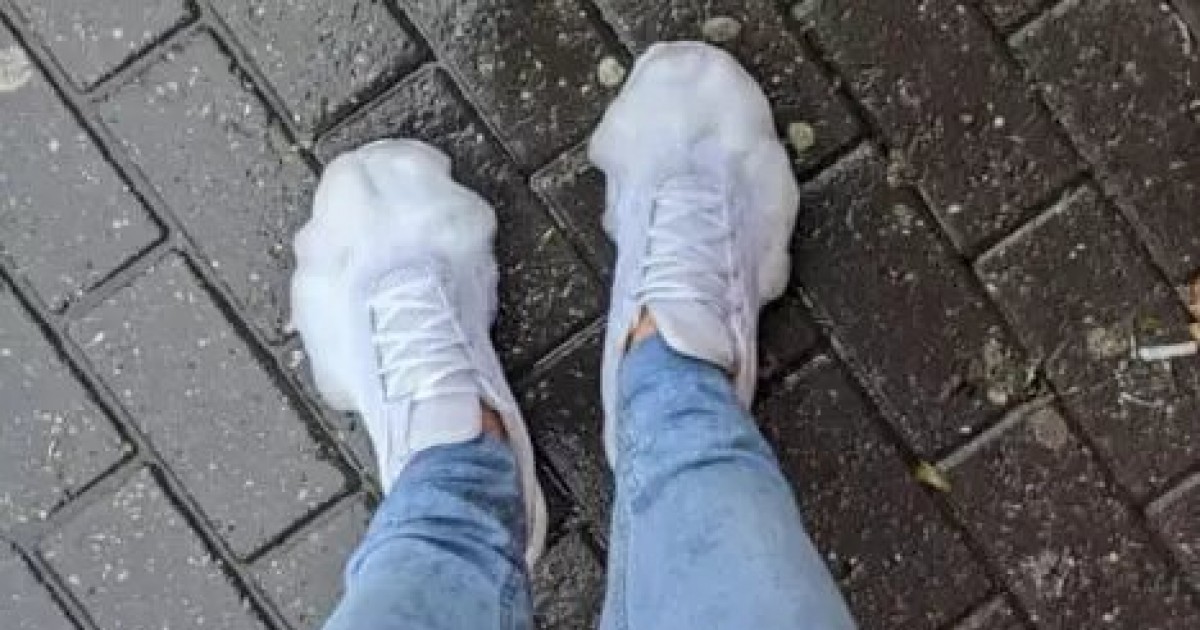 This man just wanted his trainers to turn back into their pristine white condition and in a bid to do so, he even washed them with vanish but realized his mistake soon after stepping out in the rain.

Sean Bradley, 28, had given his £40 Under Armour shoes a good old wash with the stain removal product, but clearly hadn't washed it out properly. 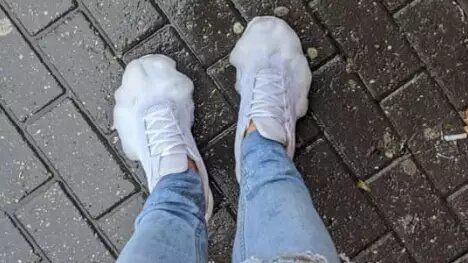 So when he went out in the rain, the remaining unwashed suds formed a foam around each shoe, and needless to say, the sight was hilarious to see.

Sean shared a photo of his foamy trainers, he wrote: "Washed my trainers the other day with Vanish and left them to dry.

"Now walking in the rain with every step my feet are lathering with soap suds." 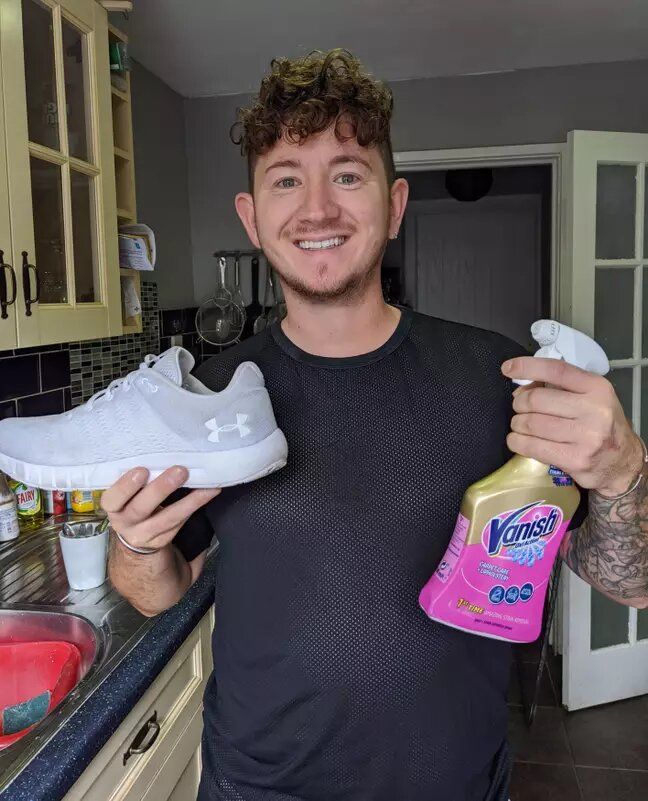 The hilarious picture got viral on social media and racked views in thousands with amused viewers commenting and sharing their experiences of similar incidents.

Sean, from Droitwich, Worcestershire, said: "I like my trainers when they're pristine white. They look smart when they're nice and white, but they get dirty so quickly.

"I'd 'Vanished' them the day before, left them overnight to dry, and put them on thinking nothing of it."

Sean went out with his aunt to celebrate his cousin's 18th birthday and on their way to the train station to head home the trio got caught in the rain, which was when the Vanish carpet cleaner + upholstery Gold Oxi Action stain remover spray started to bubble.

He continued: "When I looked down at my feet I was a bit worried, thinking, 'What the hell is happening to them?'

on their way to the train station to head home the trio got caught in the rain, which was when the Vanish carpet cleaner + upholstery Gold Oxi Action stain remover spray started to bubble. 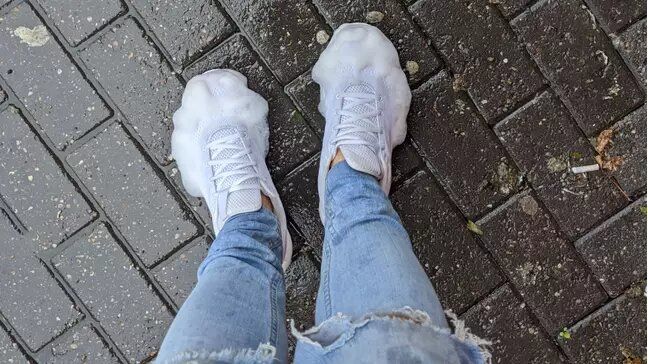 "My trainers looked like they'd melted, I thought I must have leaned against a radiator at the bar and they'd warped in the heat.

"I had to squelch along to the train station like that. Every few footsteps the foam was building up and up and up, and I had to scoop it off every 10-15 steps.

"My aunty and cousin were laughing behind me as I walked along in the rain. It was quite embarrassing actually." 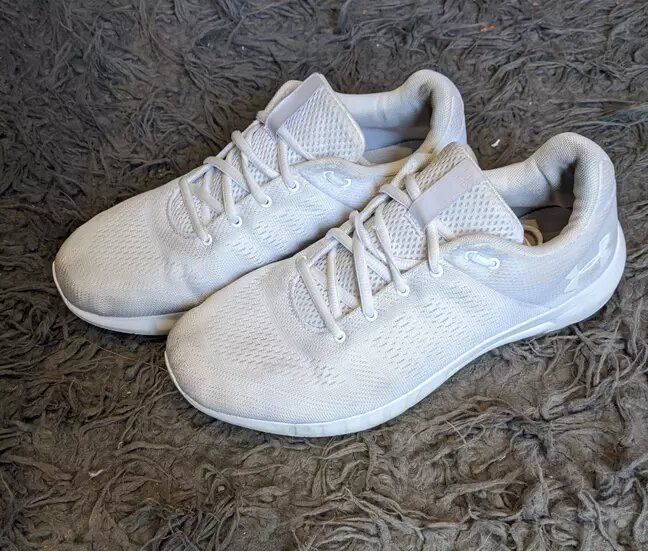 Thankfully the incident didn't dishearten the young lad and once the foam disappeared the shoes ended up looking great, so the effort and all the embarrassment was actually worth the shot.

Sean added: "I've used Vanish on shoes before but it's never been when I'm out in the rain and they've never foamed up.

"It's not put me off using Vanish on my shoes again as by the time I got home and dried off they were nice and white again." 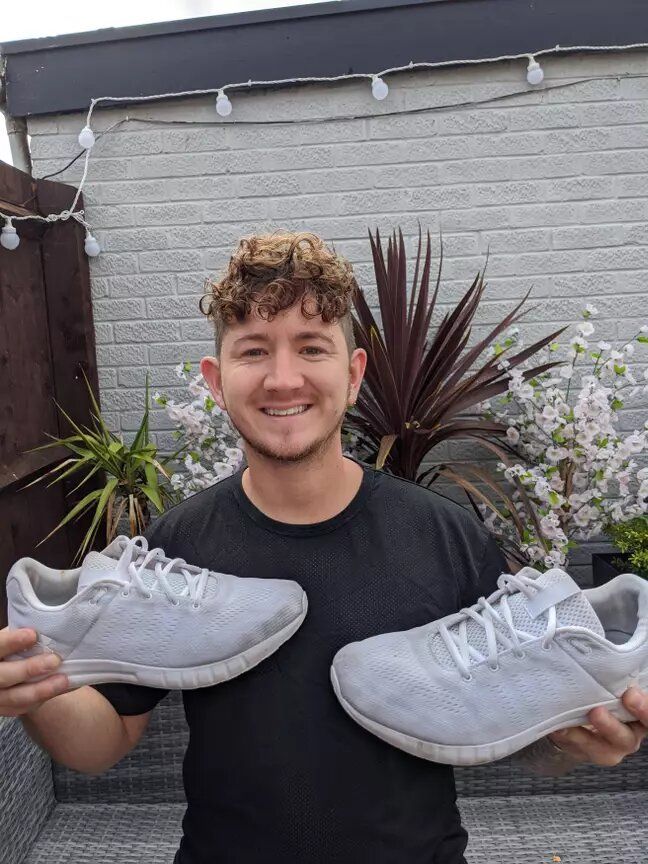