This guy is stuck sitting next to a guy in class who is super annoying. Every day when he goes to class, the guy has already taken up his desk with all of his crap. He seems to be super enthusiastic about this early morning class and bombards the guy with high-fives every chance he gets. The guy is starting to really get annoyed with this dude until this happened... 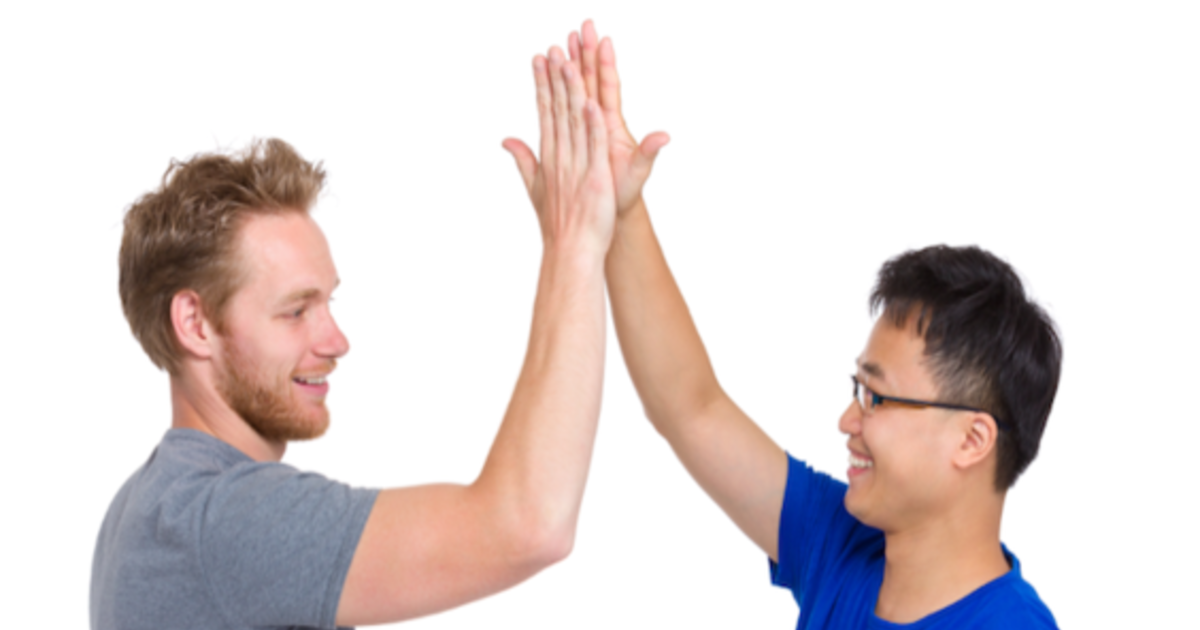 Apparently, Thomas likes to post corny jokes on his Twitter account. However, on this day, he decided to recant a story about a fellow classmate of his that he refers to as "some foreign guy." 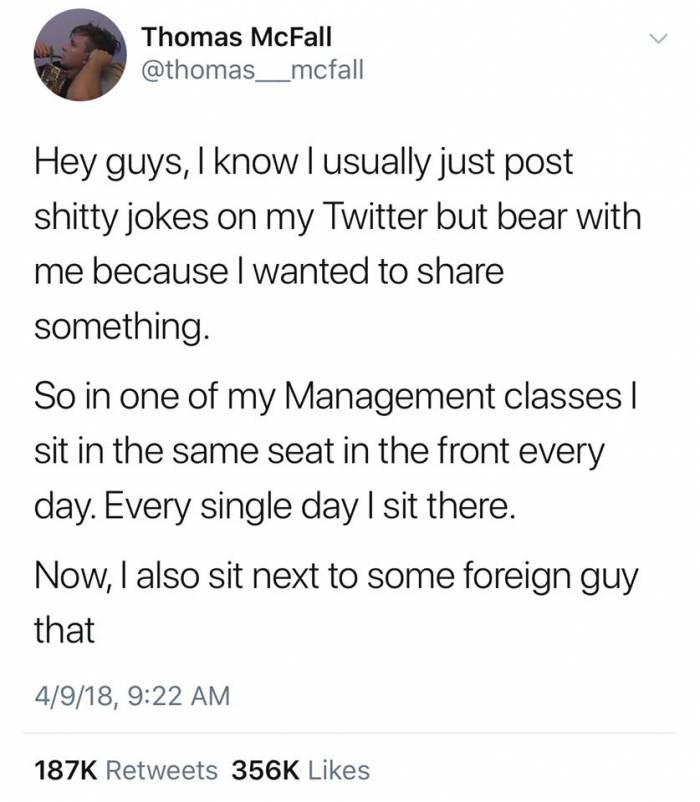 Apparently, his classmate does not speak the best English. Plus, the guy seems to like to spread out all of his things on Thomas' desk, every single day. We could see how that could get annoying. 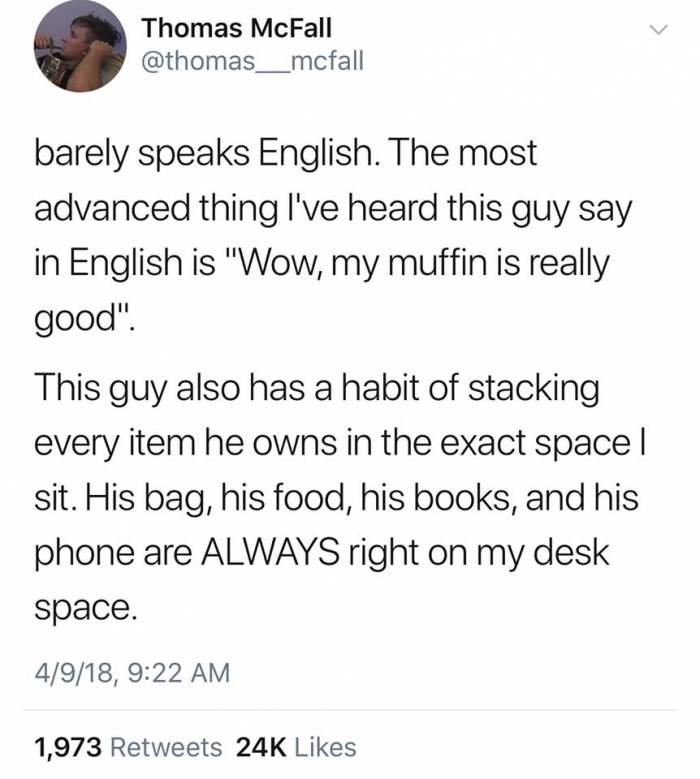 This seems to be a routine that Thomas has been forced to get used to. Could you imagine having to go through this every single day? At least the foreign kid seems friendly. He loves to high five. 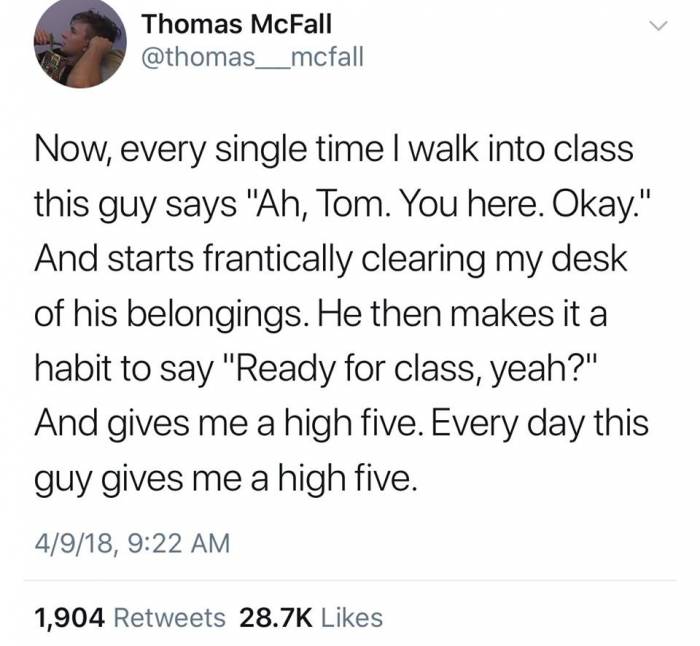 Thomas was getting super annoyed with this guy's daily antics. All Thomas wants to do is come to class, sit in his seat, and learn something. It is not too much to ask. 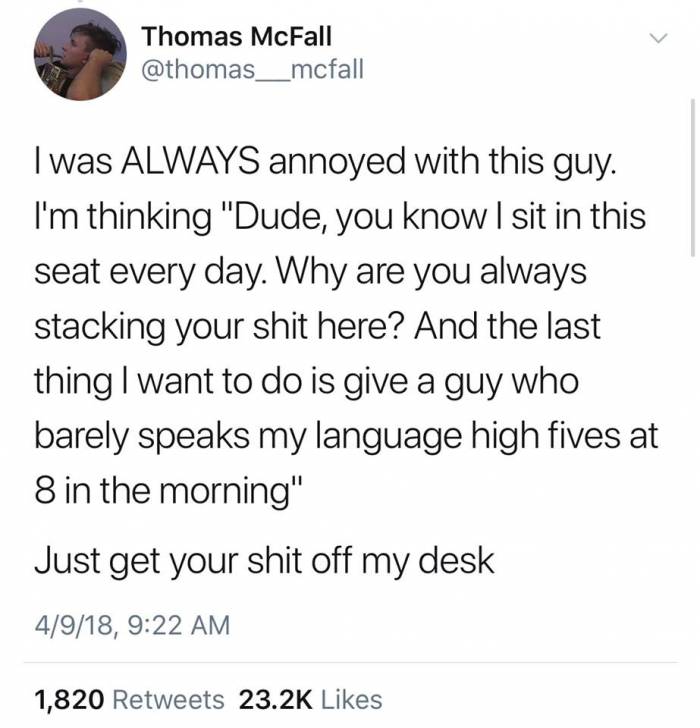