Another guy was late to class and tried to steal Thomas' seat since it was close to the back of the class. We are guessing he was trying to get in unseen by the professor. But, the foreign kid was having no parts of it. That seat was saved for his friend Thomas. 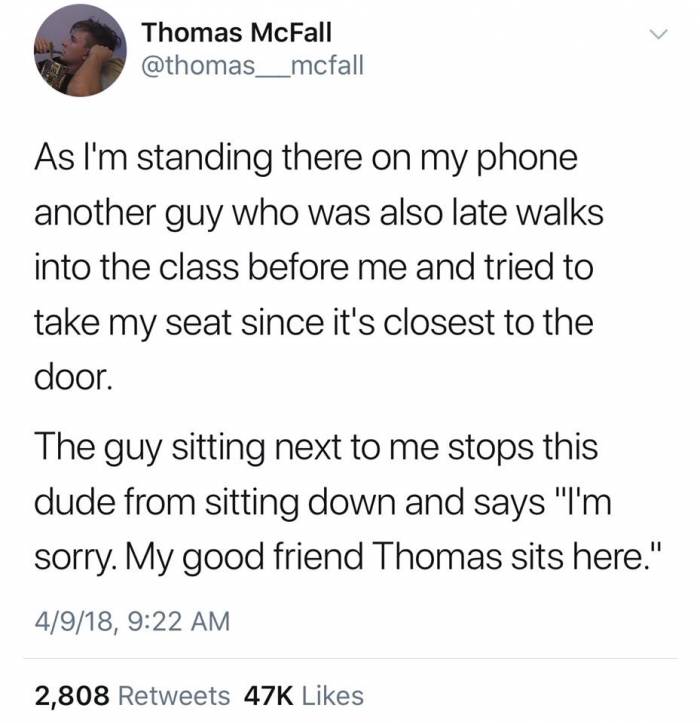 It was like a light went off over Thomas' head. He suddenly realized that the foreign kid was not being intrusive. He has just been using his things to save a seat for Thomas each day. How sweet! 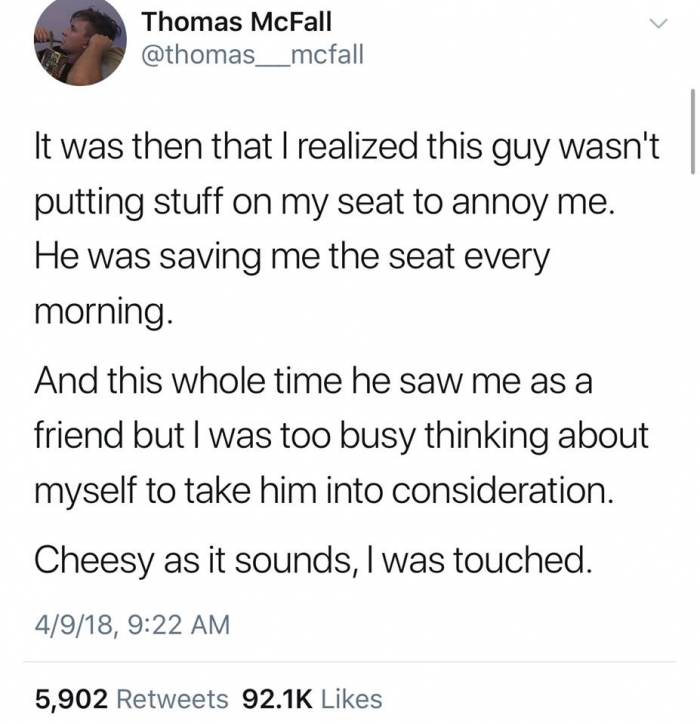 On this day, Thomas was happy to see his foreign classmate. He was even happy to get that high five that he dreaded most days. Thomas was so touched that the guy was saving his seat every day that he took him out to lunch. 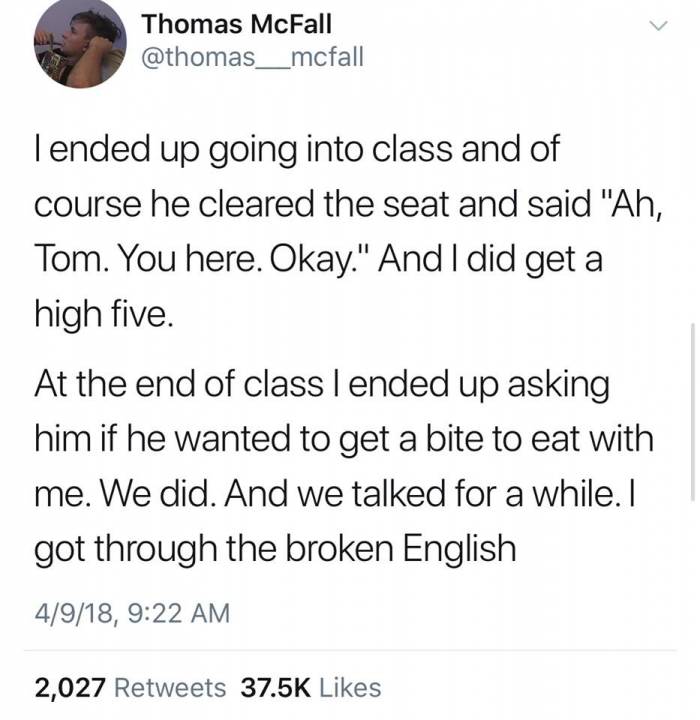 Getting to know each other

Thomas' lunch companion told him about where he was from and why he was in the United States pursuing an education. They talked about his wife and kids back home who he was trying to support from overseas. 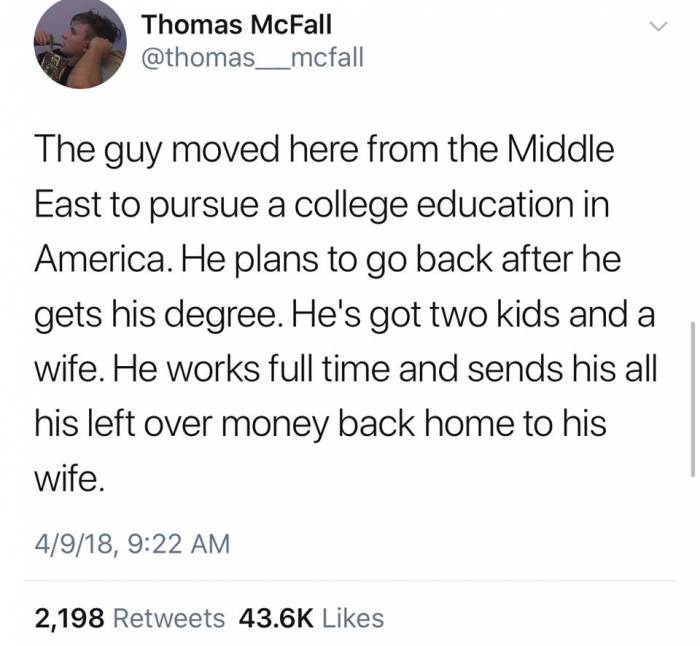 His new friend told him how exciting it was for him to be in the United States even though he clearly missed his family back home. The lunch went really well and ended with the traditional high five. 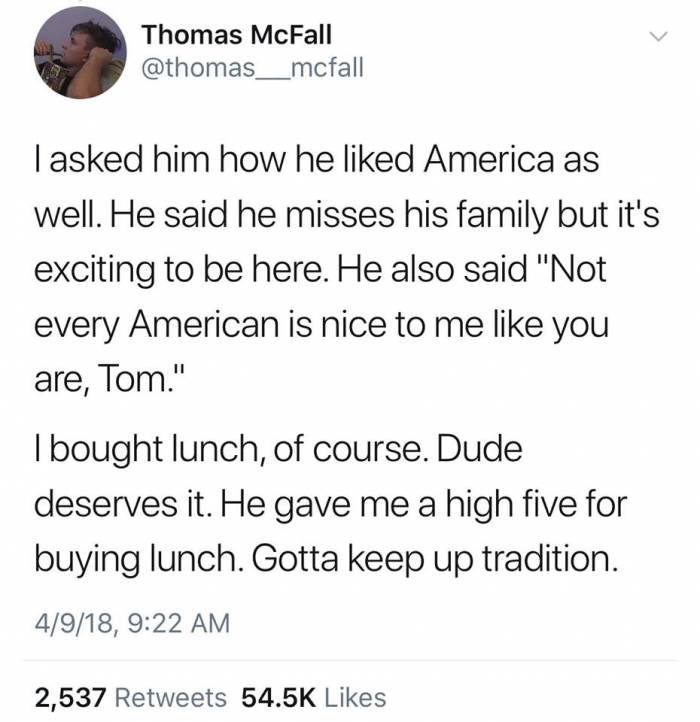