He showed that you can swipe left or right to erase the last number typed, instead of erasing the entire string on numbers and starting over again

The post has been re-tweeted almost 26,00 times, with many people responding with GIF's to express their surprise at the handy hack 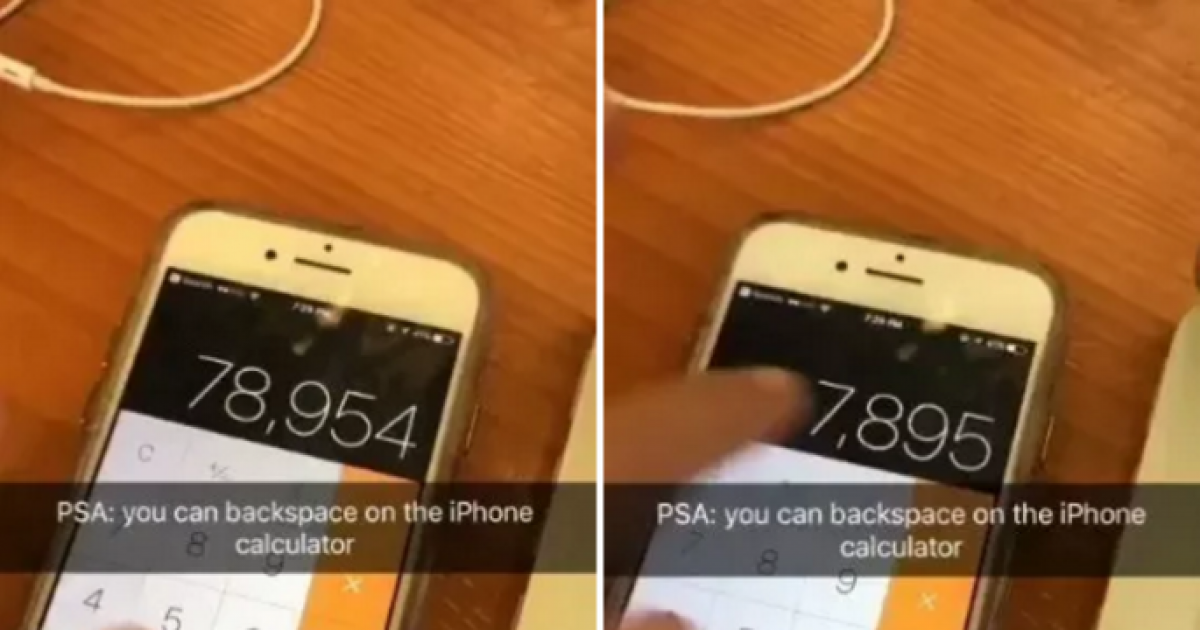 If you frequently use the iPhone’s calculator (guilty), you know how annoying it is when you accidentally type the wrong digit (every time), and you have to start everything over. We’ve got some good news for you. Make sure you’re sitting down.

Stockholm student Jazz Johnson revealed a handy backspace function on the Apple calculator app, allowing users to swipe backwards to erase an incorrectly typed numeral, instead of starting over.

There have been some cosmetic updates, but the iPhone calculator has virtually stayed the same on every iteration of the iPhone. But a whole bunch of people just learned about a pretty basic capability that’s changed their whole lives, which sounds dramatic, but it’s pretty helpful. 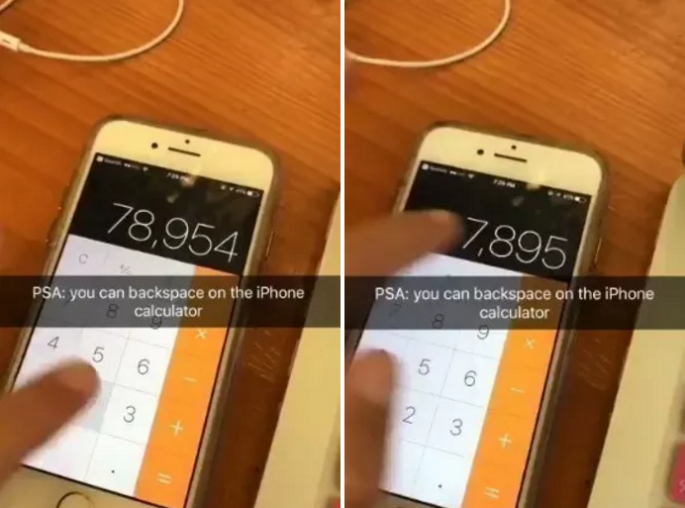 Jazz stumbled across the discovery on an old Reddit thread, then filmed himself demonstrating the little-known but time-saving function, then shared it to Twitter on Wednesday, The Sun reported.

Speaking with Buzzfeed, Jazz admits that he “had no idea the iPhone calculator app had this function.” He further shares that just like the rest of us, he has “actually thrown my iPhone out of frustration when messing up a calculation.” 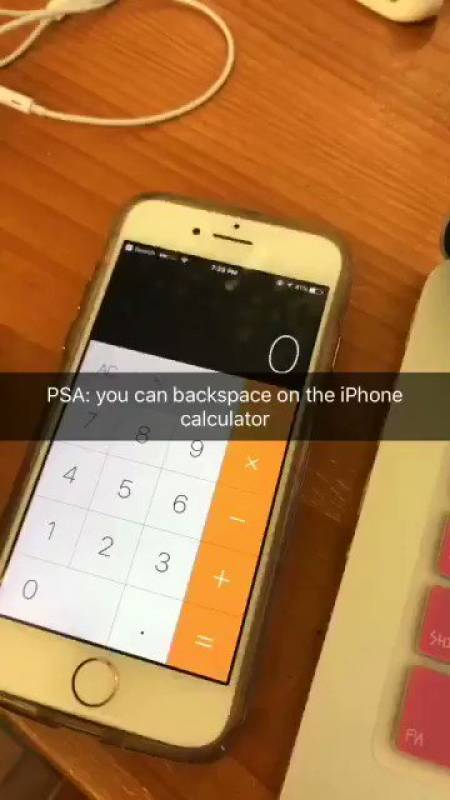 "PSA: you can backspace on the iPhone calculator," he wrote.

#4 He titled the video 'PSA: you can backspace on the iPhone calculator.'

Because he’s a helper, Johnson made a quick video about it to let everyone know that yes, you can simply swipe left or right to correct a number instead of starting over each time.

PSA: you can backspace on the iPhone calculator pic.twitter.com/sBJMlANDNJ

#5 And, people cannot get over it:

#6 As you can imagine, people on Twitter acted like he just invented pizza — in other words, they were freaking out.

@censoredialogue @midnightdrivin after all those times I had to clear the whole damn thing cause I messed up pic.twitter.com/ySjBq8lZgr

#7 Twitter user @MissEbbyB said: 'This should have came at the back of the phone case.' 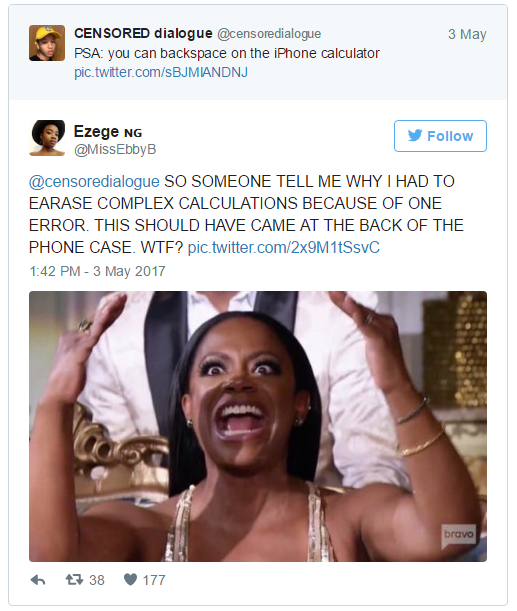 #8 One Twitter user said: 'Androids Never had this problem #beenwinning.' 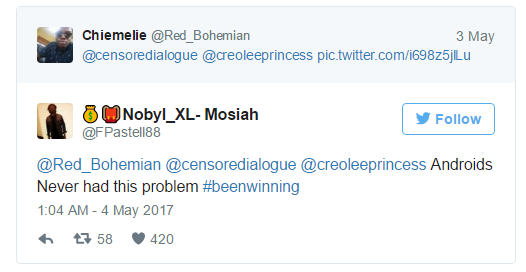 In response to the twitter revelation, users have been posting replies about how much time they'd spent on clearing calculations with typos until now.

#10 Twitter user @theEmmaBrockway said: 'I somehow feel betrayed for having never learned about this!!!' 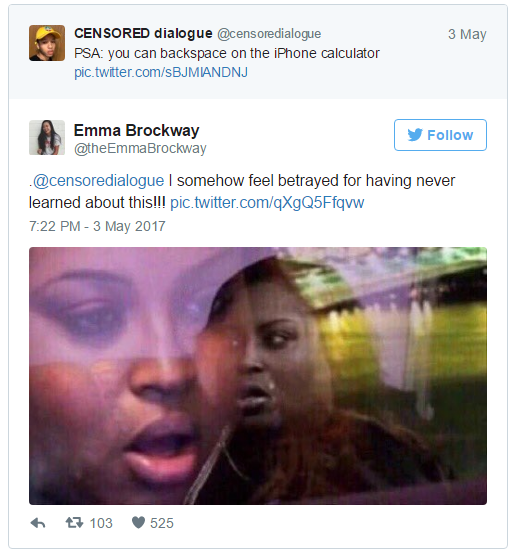 #11 Johnson said he was pretty shocked by how many people, like him, did not know about this already, which is why he made the video.

Now share this and be the hero of your social media circle.