This Human Looks So Much Like His Dog, They Started Wearing Identical Outfits

As crazy as it sounds, it is actually not that rare for owners to look like their dogs. If you’ve ever seen a human with his or her dog and thought, “they totally look alike,” you are not alone. Some owners and dogs start out looking alike…but some develop a resemblance over time . 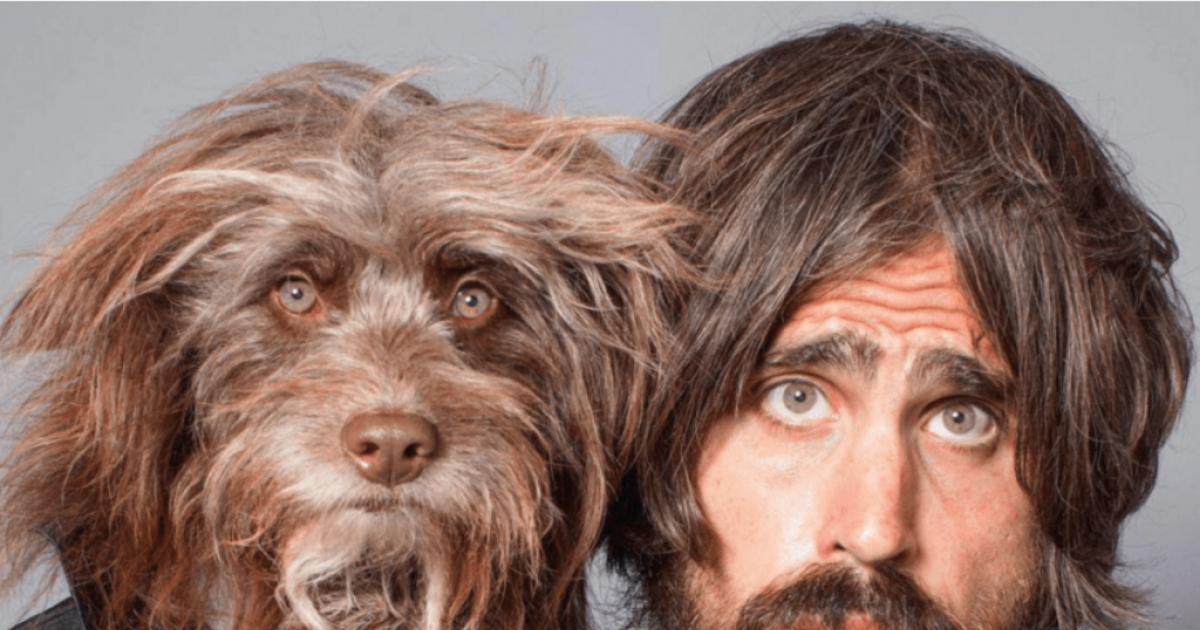 Don’t doubt us yet! While it sounds silly and bizarre, it actually makes a lot of sense when you think about it. For one, if a person is clean and well-groomed, they will most likely keep their pups the same way which can make them look similar…it doesn’t stop there though… 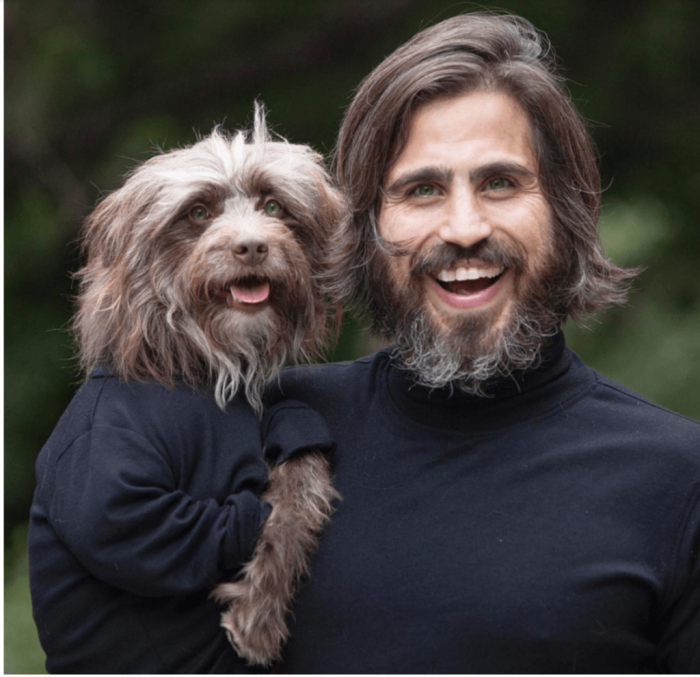 Another thing, if a person is somewhat small, they are more likely to have a smaller dog because smaller dogs will be easier for them to handle and take care of. 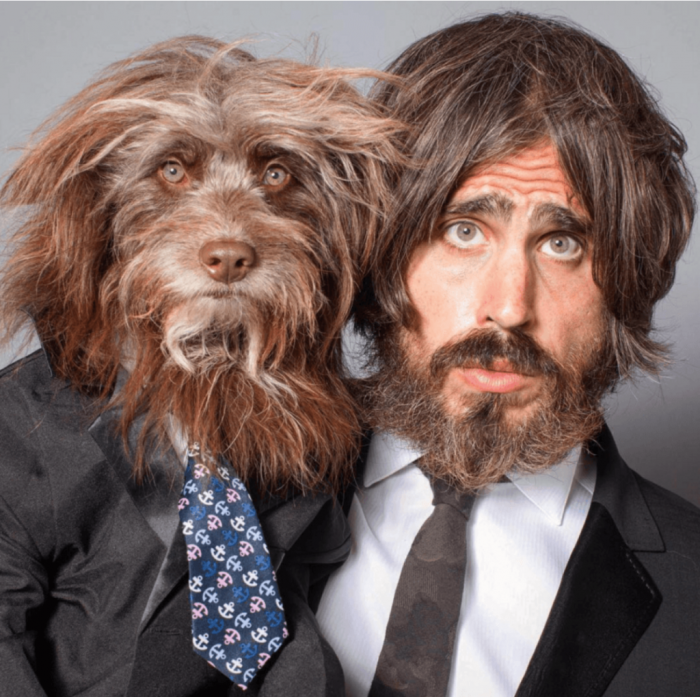 Because of all of this, it is not so crazy to come to the conclusion that most owners look a lot like their little pups. 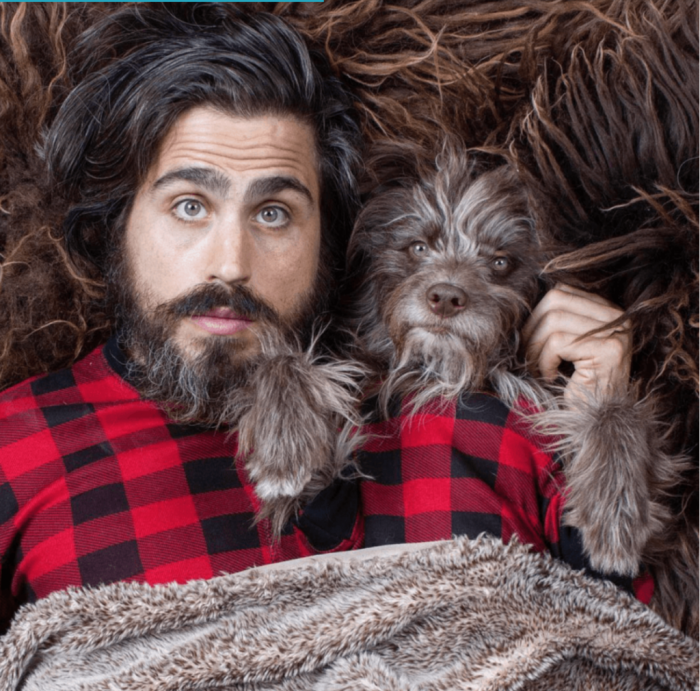 Today, we have a dog/human duo that takes things to a new level. A man named Topher Brophy recently adopted an Aussiedoodle named Rosenberg. The two were an instant match and became the best of friends very quickly! 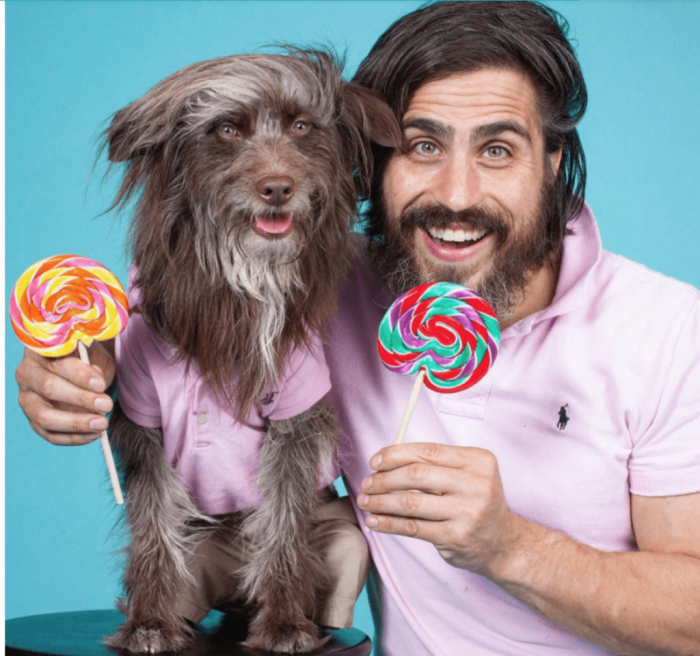 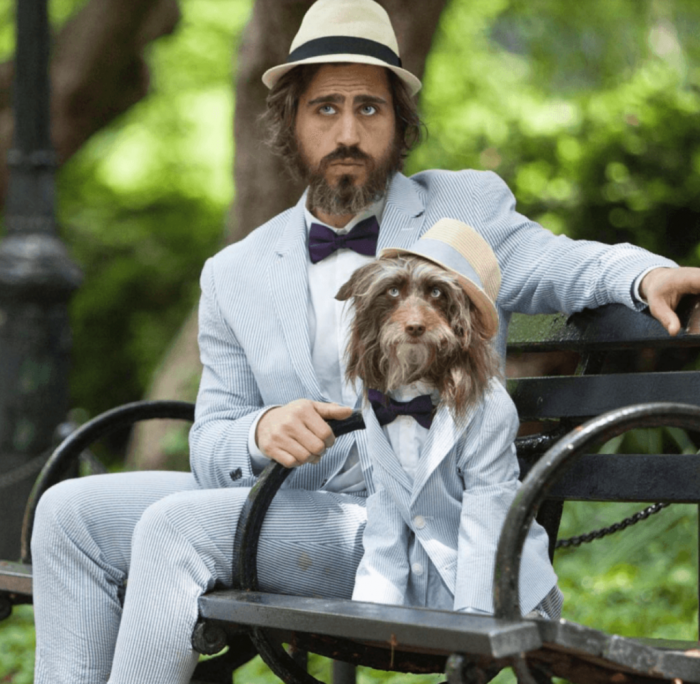 Brophy thought it was hilariously perfect how much they looked alike. He decided it would be great if he hired a dog stylist who could make the two of them look even more alike. They started doing their hair the same and buying identical outfits. 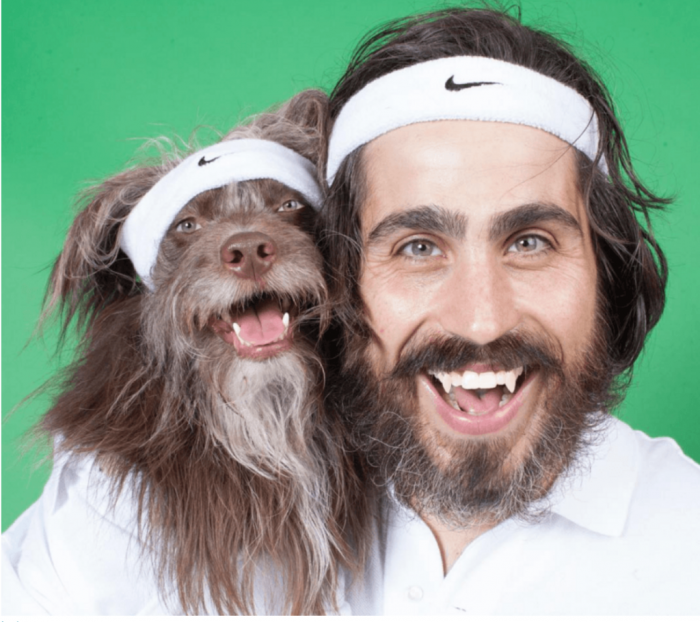 Pretty soon, the two of them looked like twins! True doppelgangers! People started to notice it on the street and they started taking photos to capture their “twinsy” moments together. 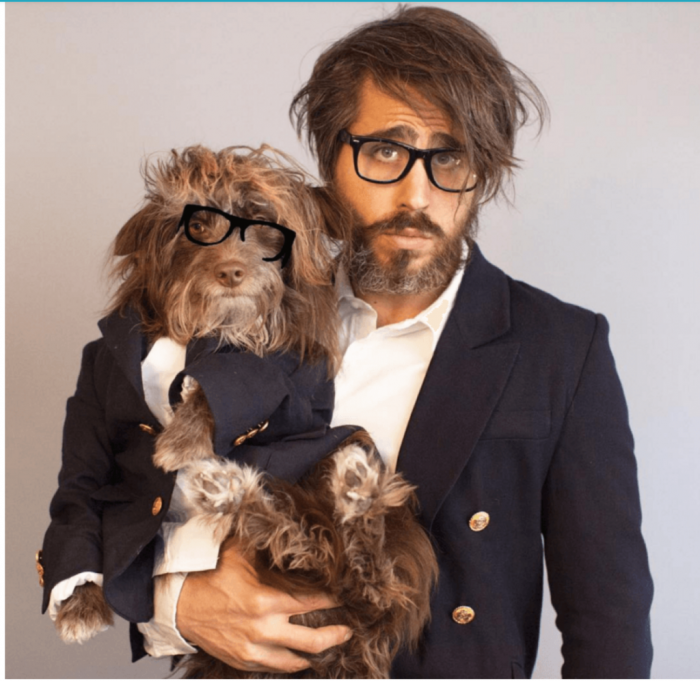 Their salt and pepper hair already matched perfectly, they both have gorgeous hazel eyes, they both have scruffy beards, and they sport the scruffy unkempt look at all times. Brophy feels like the transformation was natural. 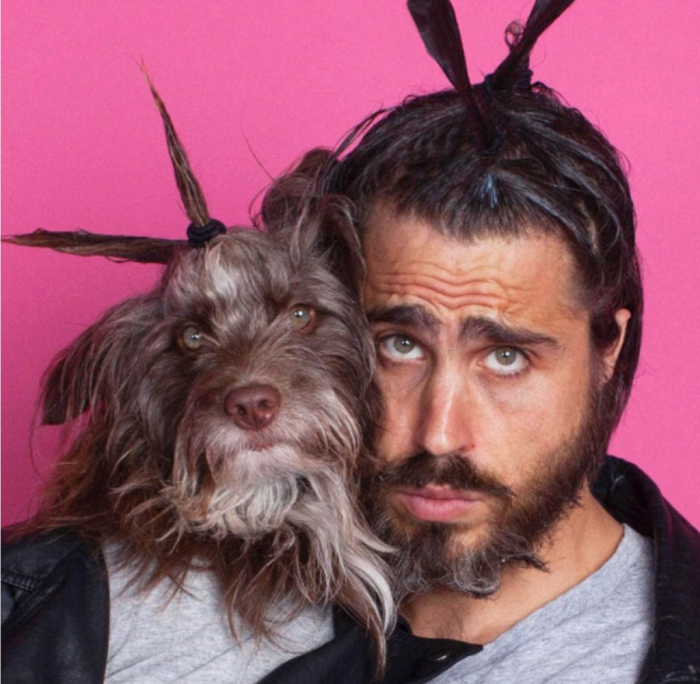 Brophy says, “We look so much alike physically, and do everything together, so dressing the same just feels natural for us.” …and we must say, it looks natural, too! I really don’t think I’ve ever seen a dog and human pair who look SO much alike! 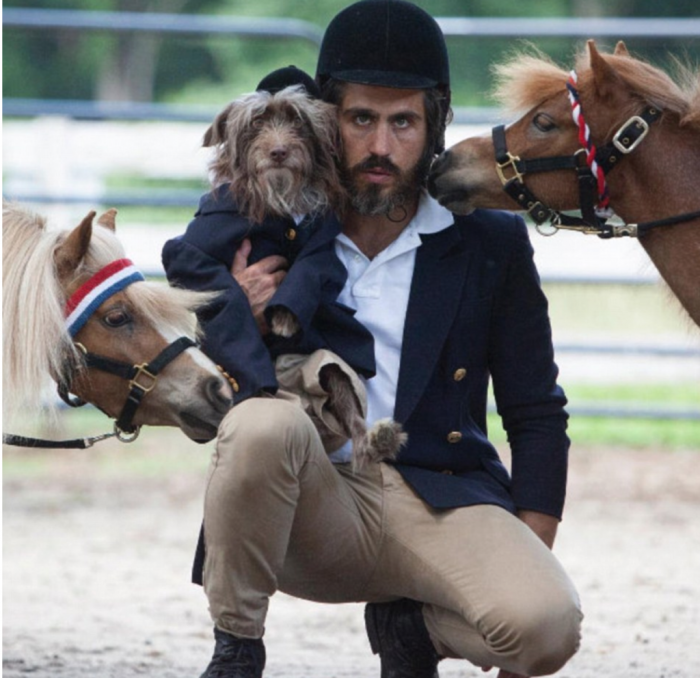 Now that they have identical looks, they have a blast trying on different outfits and wearing different styles. They have dressed up as hippies, sailors, detectives, firemen, businessmen, you name it, they’ve done it! 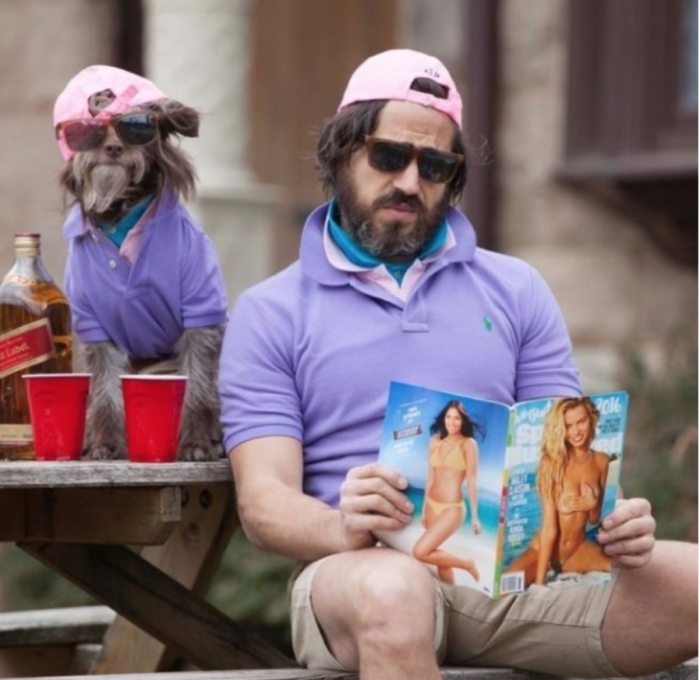 The way Brophy looks at it, “If we can make people smile, even for a second, we have something to be proud of — in addition to our matching, shiny, flowing manes and green eyes, of course.” 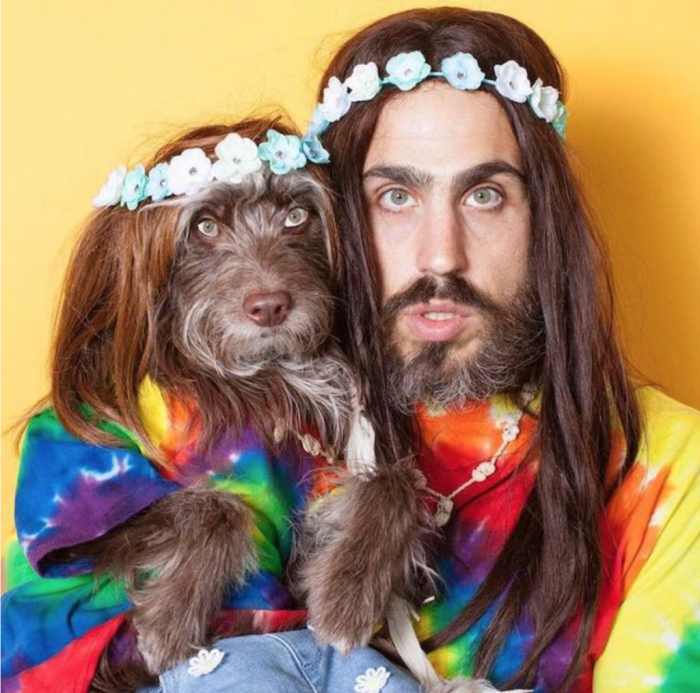 The two of them even have matching glasses they sport together. It’s so great to see and hear about an owner like Brophy who loves his little furry friend so much, he wants to be just like him! 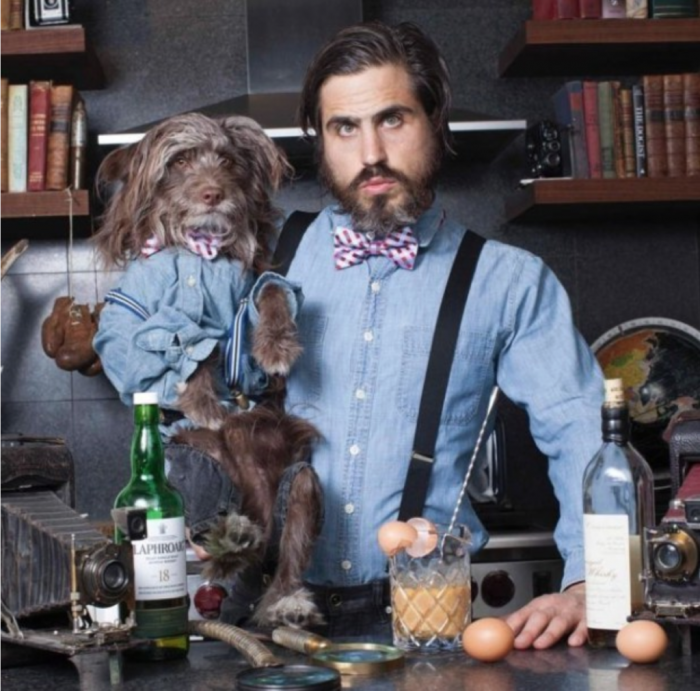 Brophy says he just wants to bring a smile to someone’s face. Well, with these adorably cute pictures, I think he has accomplished just that! I definitely have a smile on my face now. 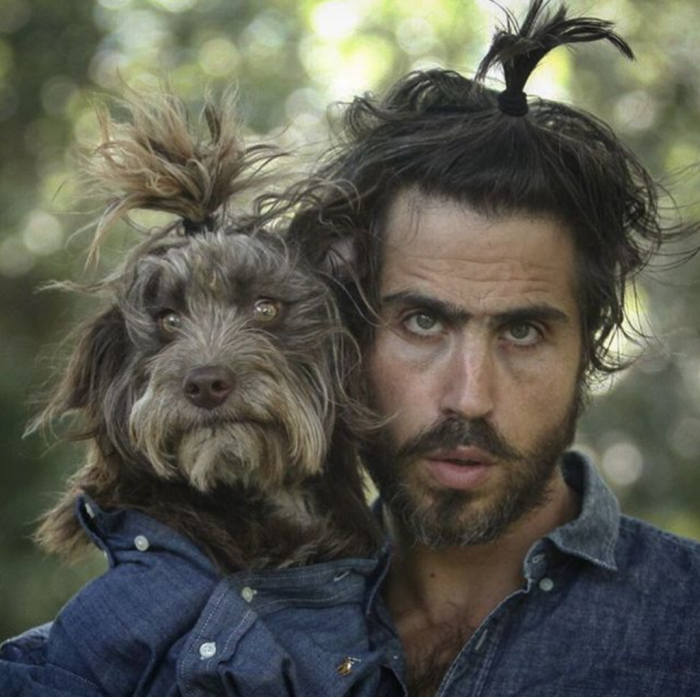 We wish them a happy twinning life together, and can’t wait to see more matching photos of this perfect pair. Call me crazy, but it seems as though Brophy and Rosenberg were meant to be! 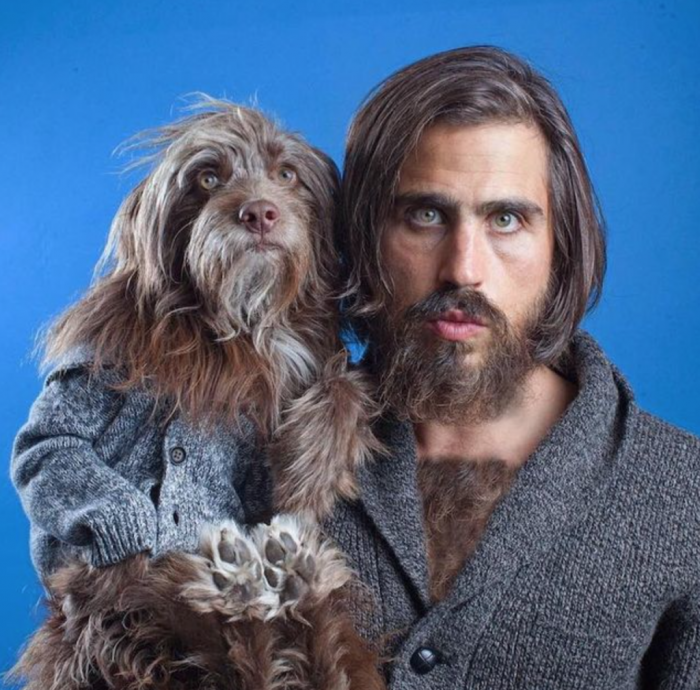