This Is The Single Most Funny D&D Comic Ever Devised!

Dungeons and Dragons isn't for everyone. While it has grown from its roots as a geek getaway it is still far from the mainstream success that some would think it should be after such a long existence. Still, everyone can enjoy a good laugh even if it's based in a fantasy world like the ones featured in D&D so on that note I leave you with the funniest comic you will see today. 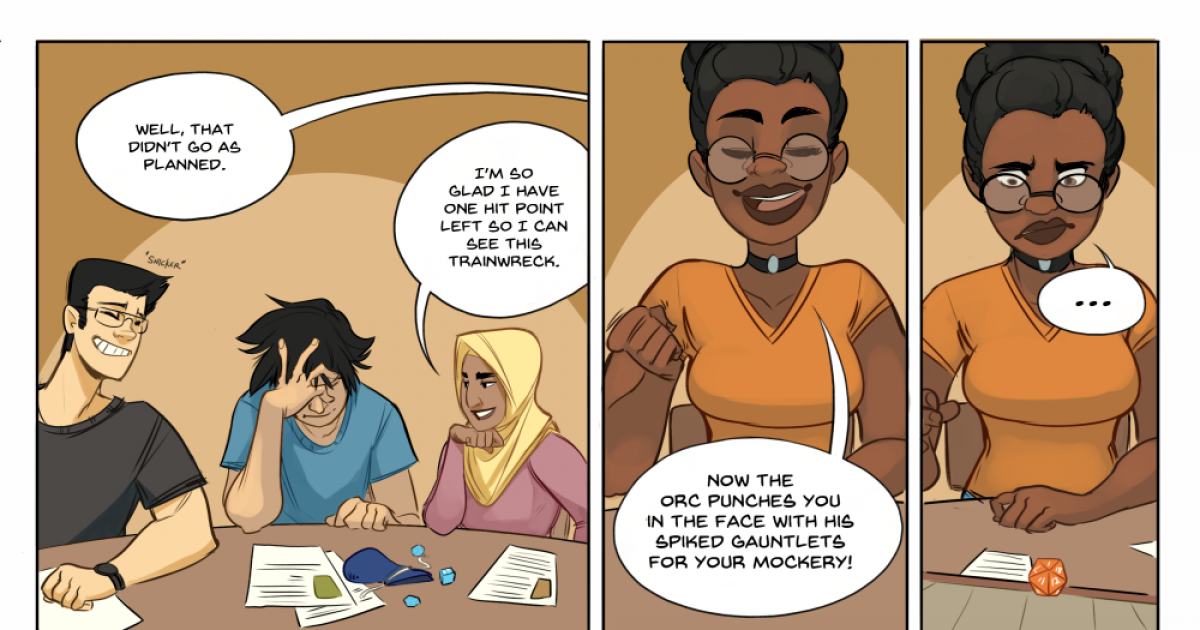 #1 It all starts out simple enough.

Like most things in the game all it takes is one critical fail to make things go all sideways. In this case, our brave hero has screwed up majorly with this orc. 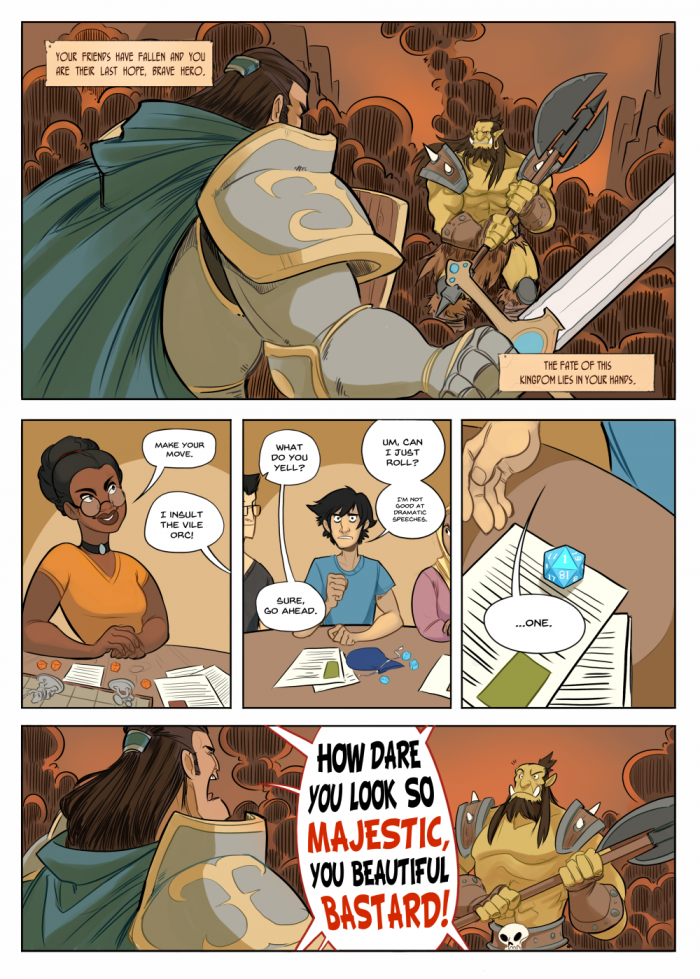 #2 It only gets worse from here.

The player might be excited that even after his screw up, the orc failed to retaliate but the misery is only starting for our poor hero. 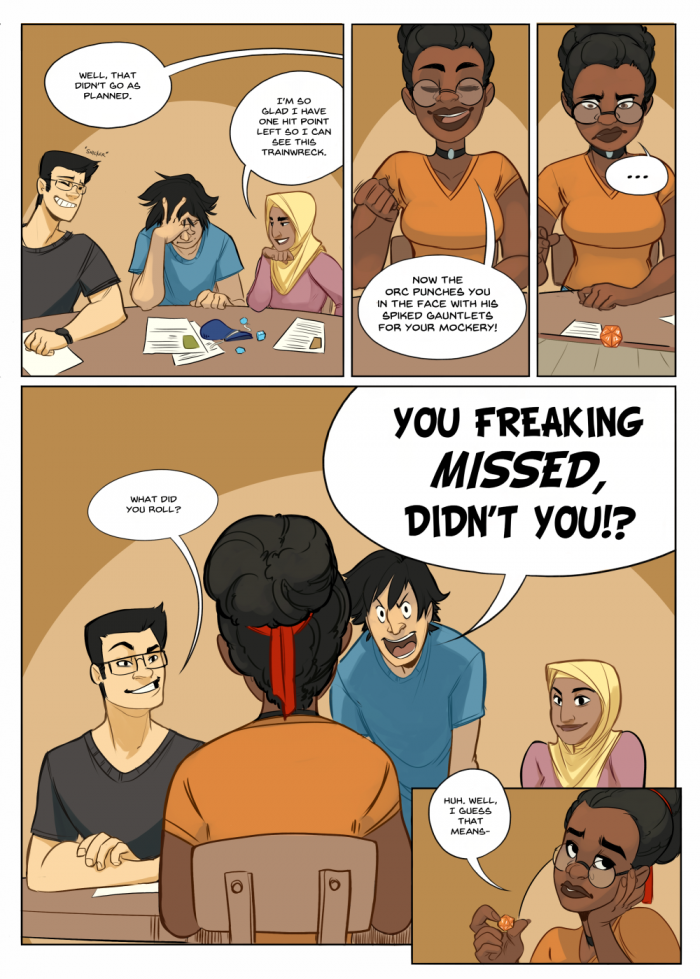 Just like that, the hero has now become a laughing stock. All because of one critical fail. That's the way the dice rolls I suppose. 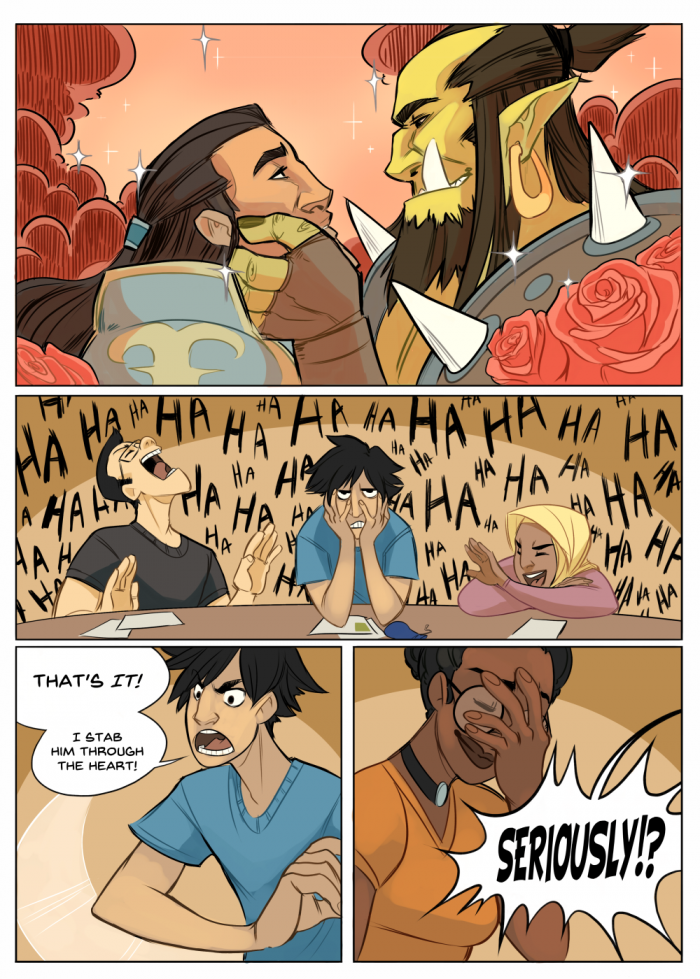 #4 Just when you thought it couldn't get any worse.

A critical success can be just as bad as a critical fail depending on what you are doing. Our hero learned that the hard way in his frustration. 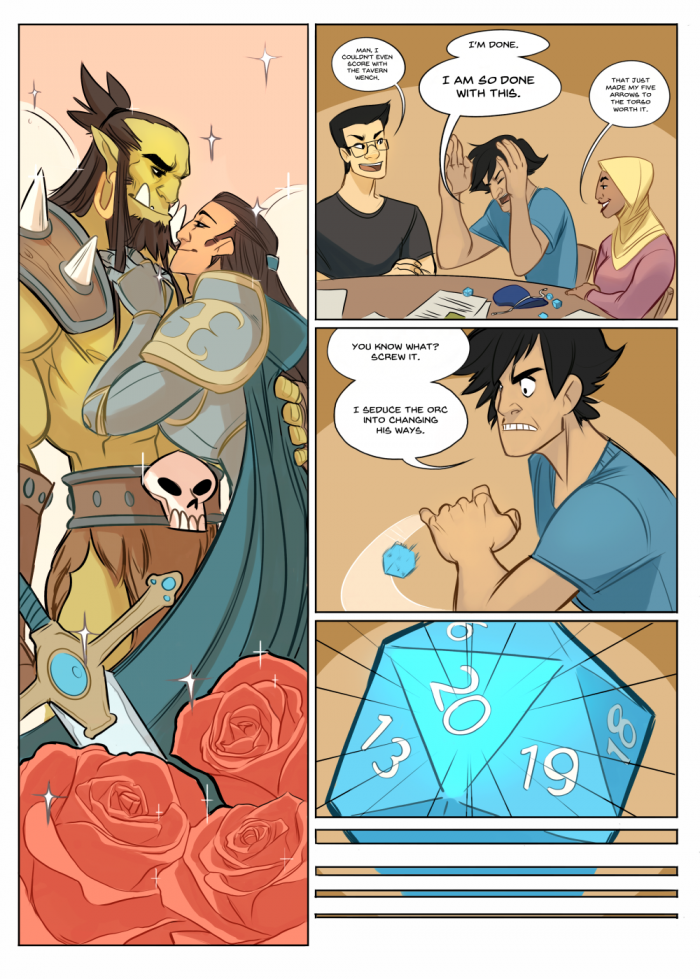 #5 And here you thought it was just a stupid game.

This comic presents the game in a pretty funny light but the truth of the matter is that there are weird and zany things like this happening all the time. Every game session is a new opportunity for everyone to have a great time. If you've ever thought about trying out the game I suggest you find a group and throw those dice. 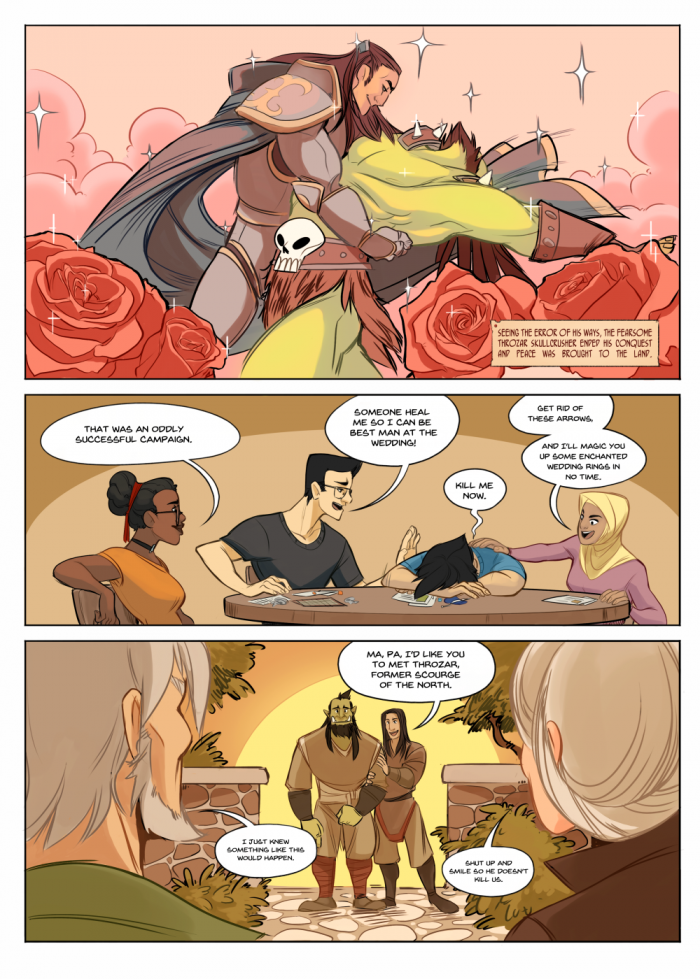