Man wanted his head to look like a skull, so he chopped his ears off and now keeps them in a jar. Sandro has spent more than $7600 on his extreme body modifications and doesn't plan to stop here. 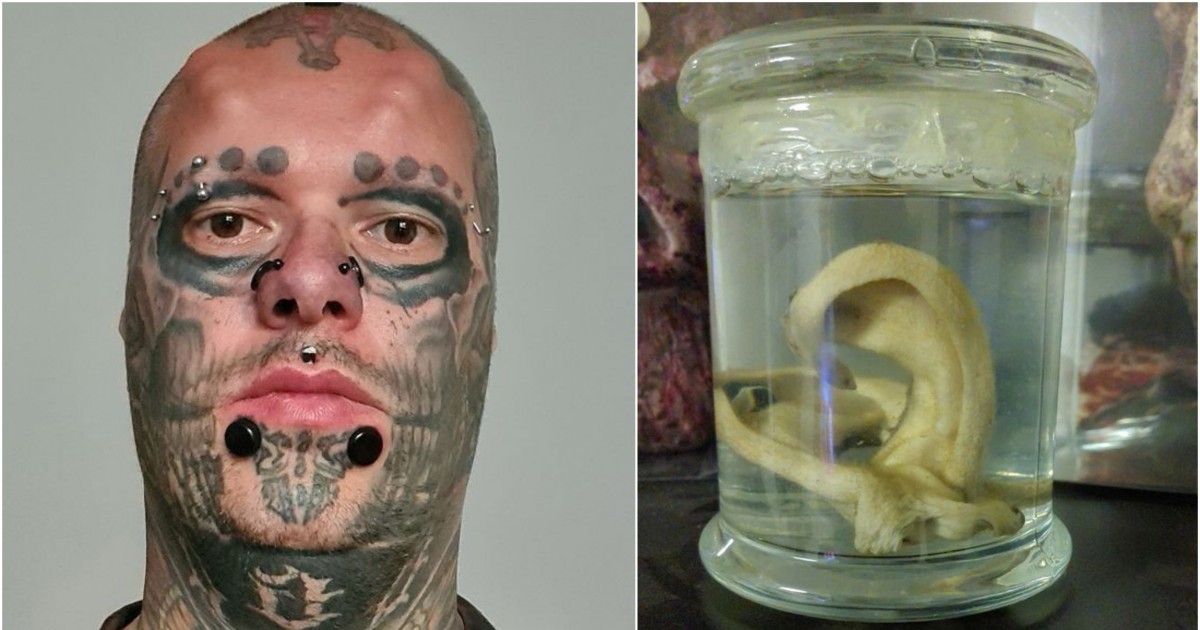 Man, who is addicted to tattoos, chops off his ears and keeps them in a jar

Sandro is from Finsterwalde, Germany, and is famous as ‘Mr. Skull Face.’

He had gone through 17 extreme body modifications imaginable: Forehead implants, forearm implants, back of the hand implants, under the skin payment implant, and tongue splitting. 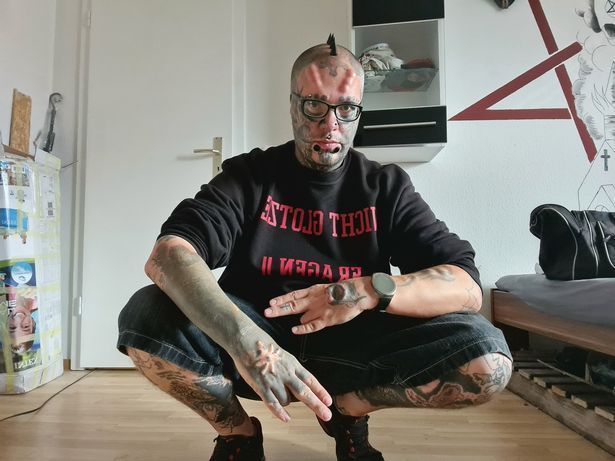 ‘Mr. Skull Face’ had his ears removed last year and his further plans include having the tip of his nose cut off, and his eyeballs tattooed. 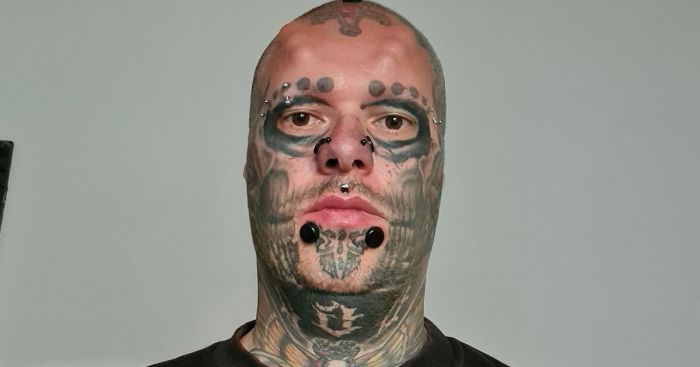 He said that many people call him 'crazy.'

“If people stare, I really don’t care. If someone says something like ‘you are a sick old man’ then I will answer with ‘thank you for the compliment.'”

“Negative comments go in one side and out the other.”

“It has strengthened my self-confidence above all.” 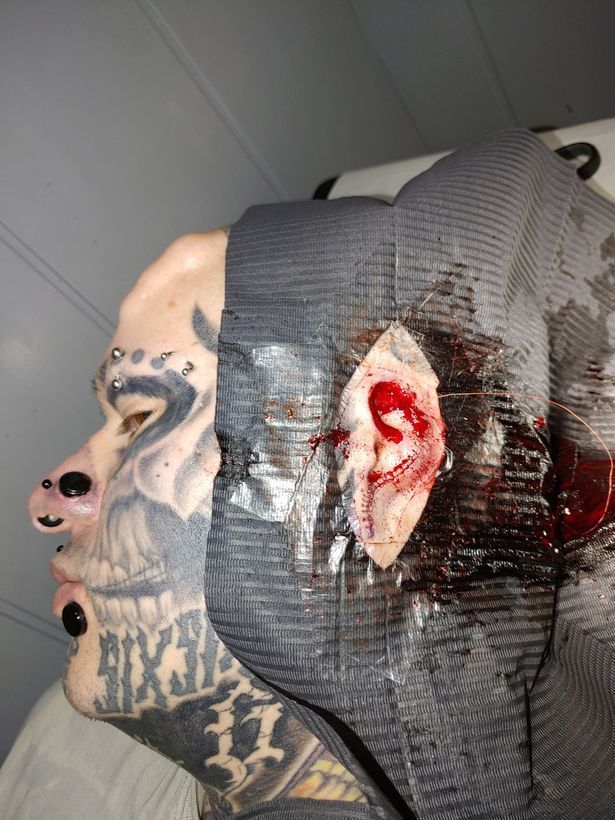 Sandro says he doesn't let these remarks affect him. According to him, people should accept him for who he is and not just the way he looks.

“My transformation has influenced my life, but I don’t care.”

“I should be accepted as a person, and above all, because of my inner values.”

“Friends have tried to talk me out of the modifications, especially when it came to cutting off my ears. But I’m just a person who likes to go his own way.” 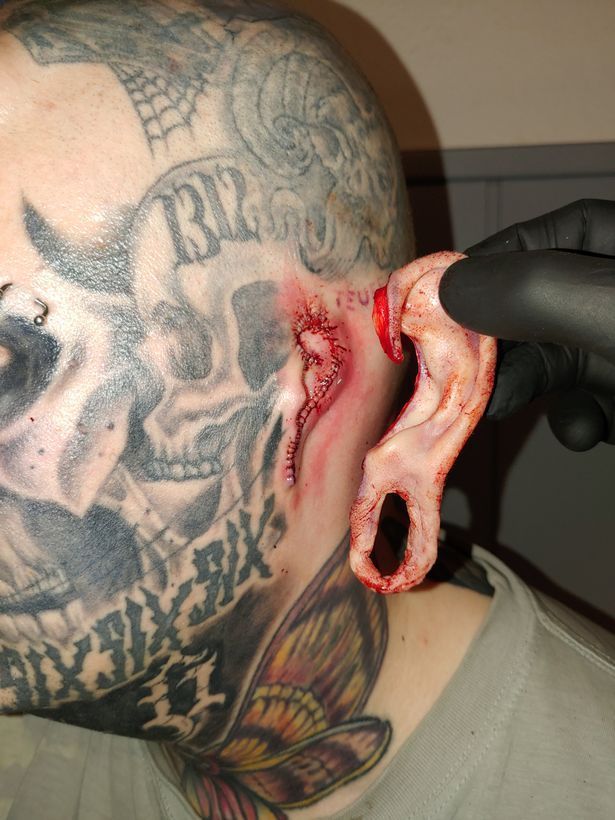 Sandro believes his appearance is the reason behind his unemployment.

“My appearance has had a huge impact on my chances of getting a job because a lot of companies are still very conservative and prefer to go with the flow.” 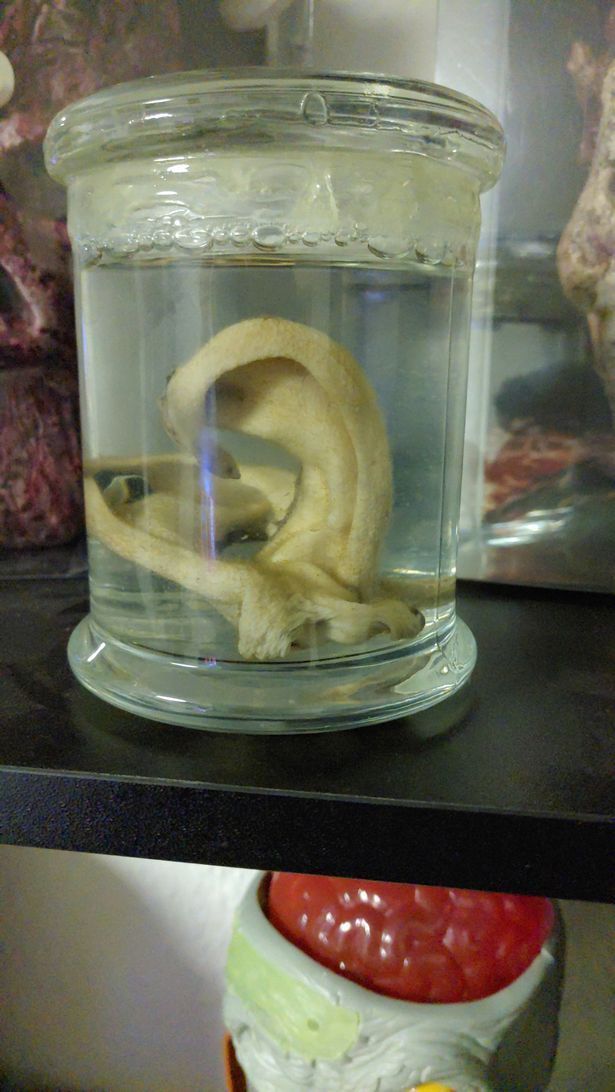 “I think that, also, it has, of course, had an effect on me finding a relationship because it scares most people off.”

“But of course, many people also find it very interesting.” 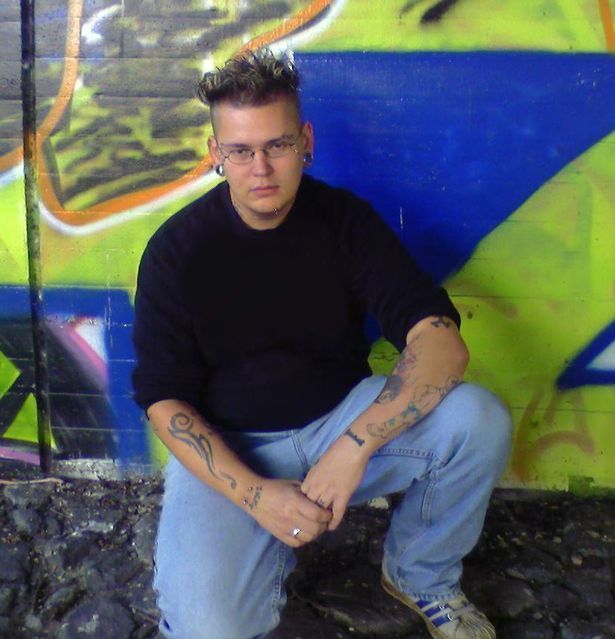 This all doesn't stop him from looking the way he wants. He plans to continue this In the future and says his transformation has made him more confident about himself.

He advised people to never do something just to look cool.

“If you’re a beginner, do long and thorough research, think carefully about everything, and take your time.”

“Above all, never do something just because you want to be more blatant or cool with it.”

“It has to come from the heart and be for yourself.” 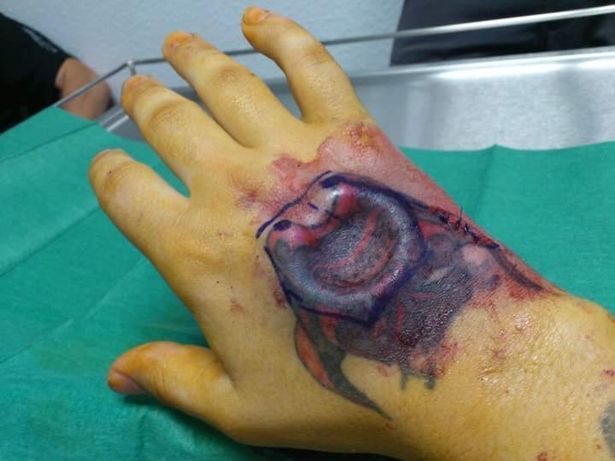