This pandemic made us realize one thing for sure. There are all sorts of people in this world. From people who will go to all lengths to resist mask wearing at public places to people who think it is cool to wear mesh masks to this absolutely unique man who though it would be cool to wear a life slithering snake on his face as a mask. 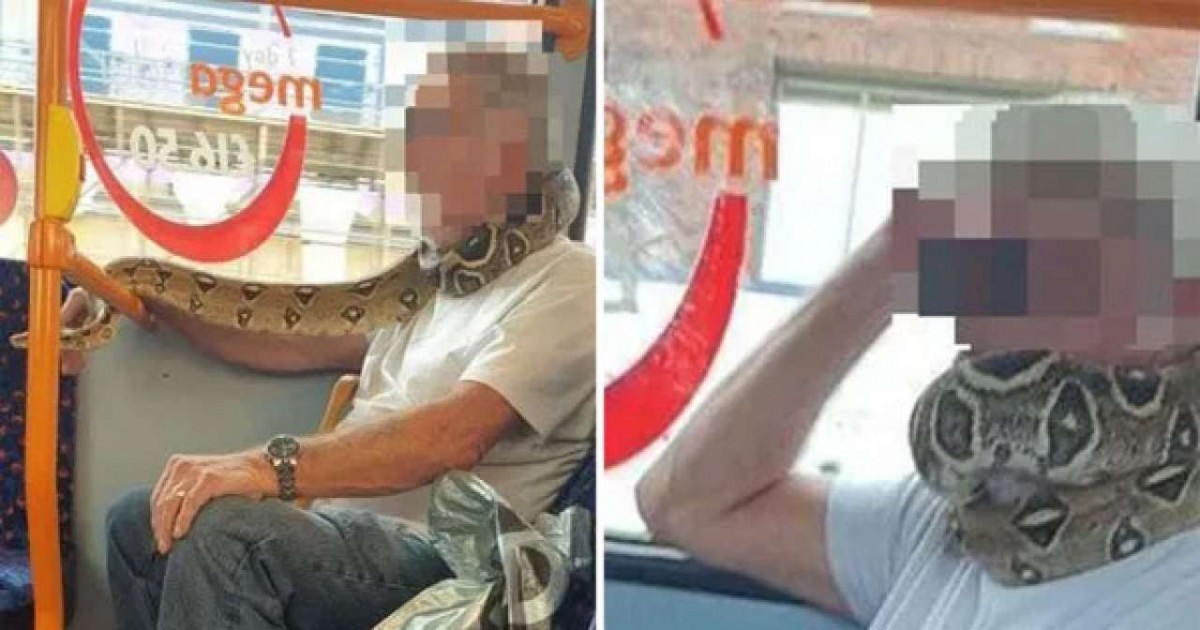 In a bizarre incident this man in Greater Manchester, United Kingdom, has been spotted traveling on public transport with an altogether unusual face covering: a live snake.

As reported by BBC, the man donned his "reptilian mask," which was wrapped around his mouth and neck, while traveling from Swinton into Manchester on Monday. 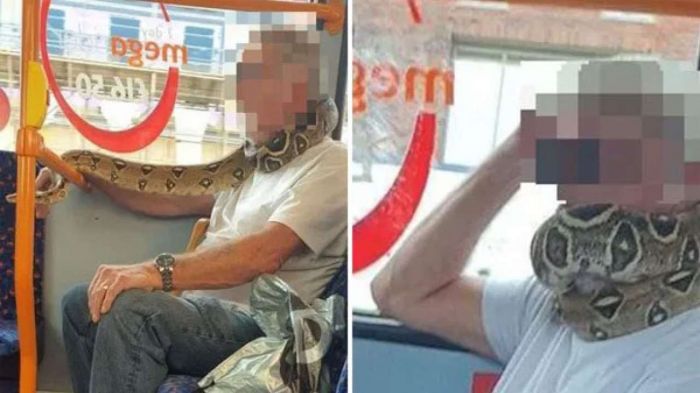 One fellow passenger commented that she thought the man was wearing a funky mask but it started to slither and this was the moment she realized that it was an actual snake.

The eyewitness, who told the BBC she wished to remain anonymous, said she found the incident "really funny", noting that the snake didn't seem to be distressing any other passengers aboard the Swinton to Manchester bus.

"No-one batted an eyelid." She added. 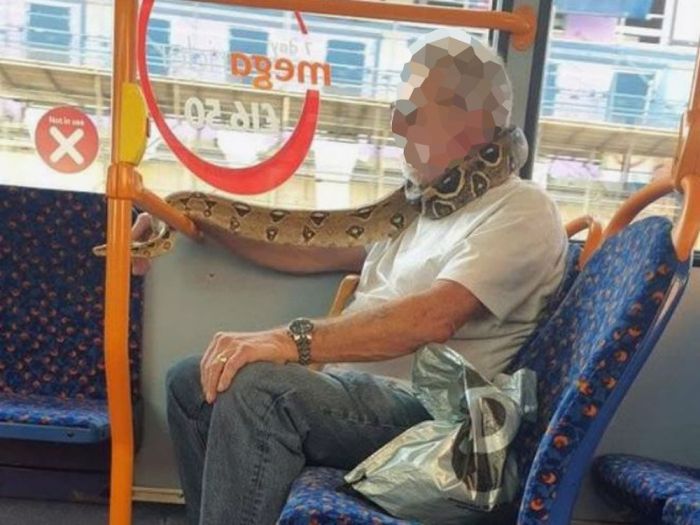 In England, it is mandatory to wear face masks in public places except for children under the age of 11 or those who are exempt on the grounds of health or disability.

Man on bus in Manchester wearing snake as a face covering 🐍 pic.twitter.com/w6UJznKH1w

A spokesperson for Transport for Greater Manchester said of the ruling and its association with the reptilian face covering:

"Government guidance clearly states that this needn't be a surgical mask, and that passengers can make their own or wear something suitable, such as a scarf or bandana.

"While there is a small degree of interpretation that can be applied to this, we do not believe it extends to the use of snakeskin - especially when still attached to the snake." 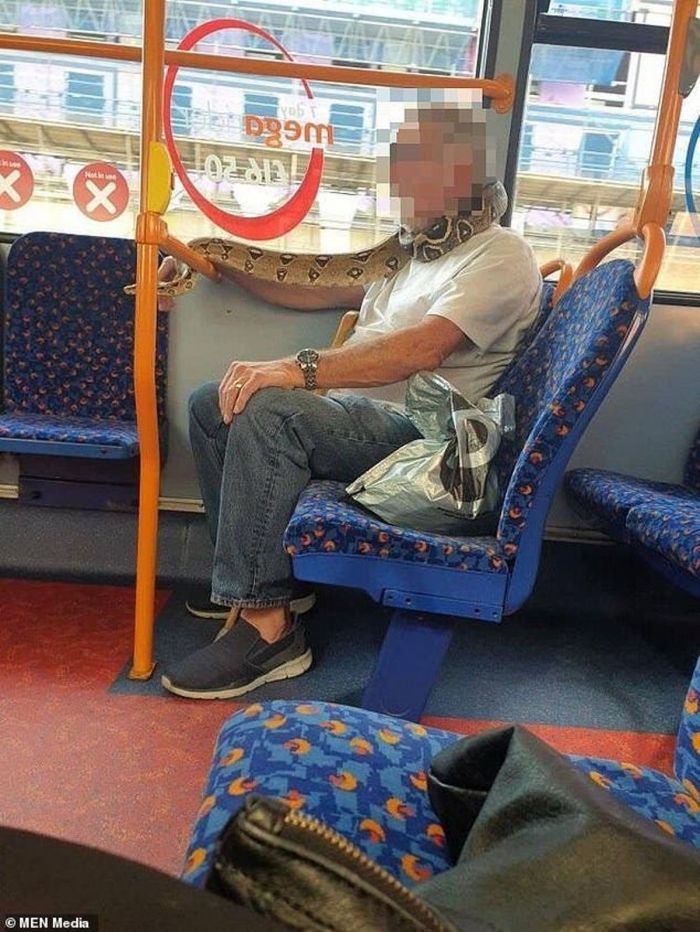