Posted by in Bizarre On 25th February 2021
ADVERTISEMENT 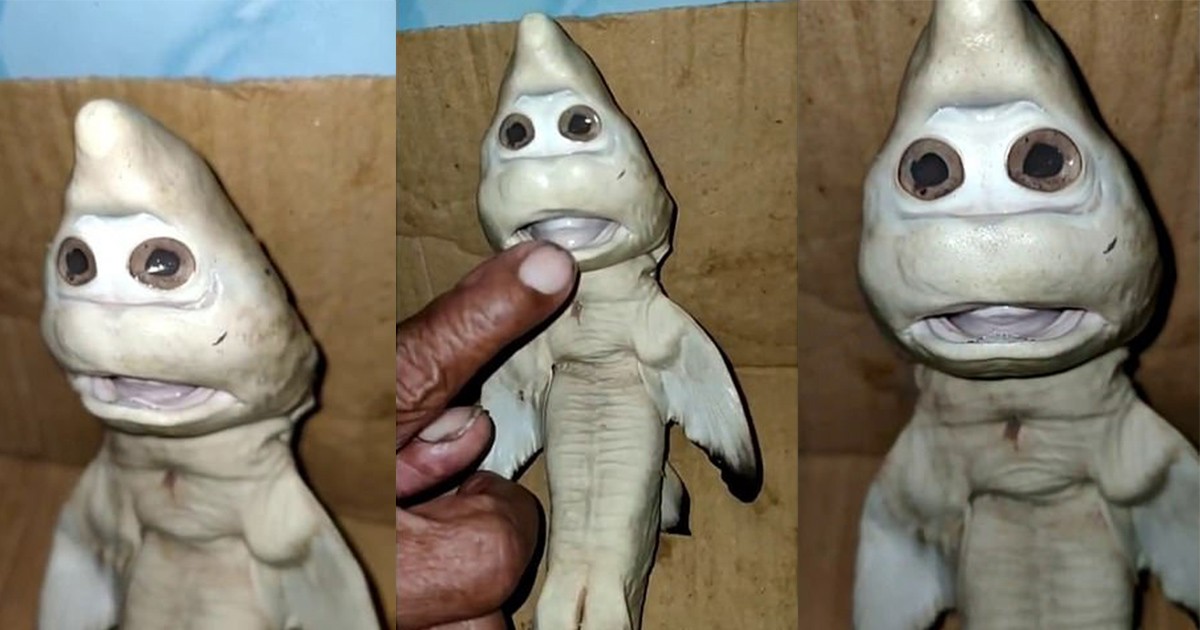 In what is being called the real life ‘baby shark’, this disturbingly humanoid fish was caught by an Indonesian fisherman.

The ocean is already a terrifying and mysterious place. From the blobfish to the angler fish, there is no lack of nightmares that can be found in the deep.

This new ‘Baby Shark’ with a human face is no exception. 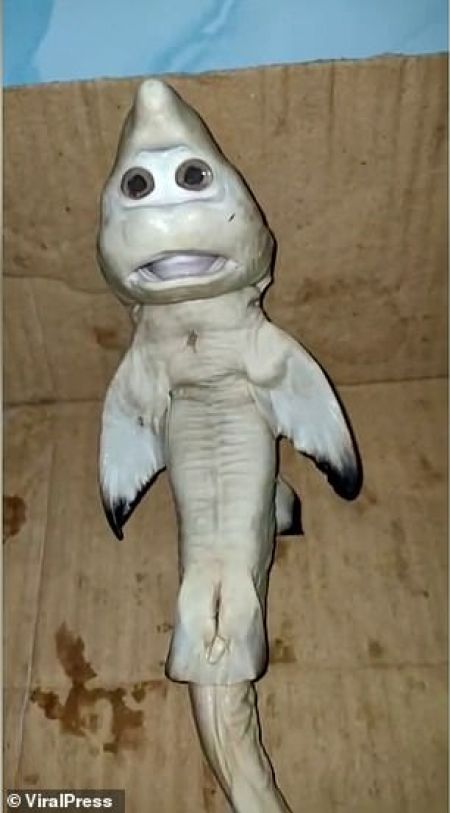 Abdullah Nuren, 48 was fishing in the water of the East Nusa Tenggara province when he caught a full sized shark in his net. 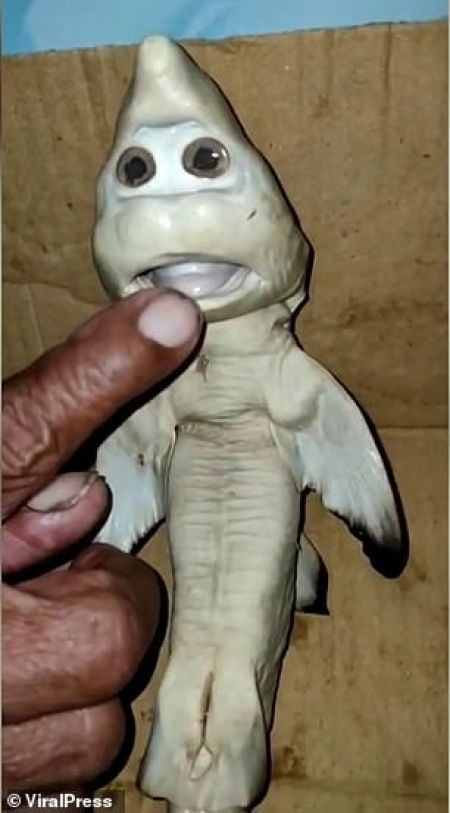 When cut open, the shark also seemed to have three babies inside, one of which was this humanoid one. 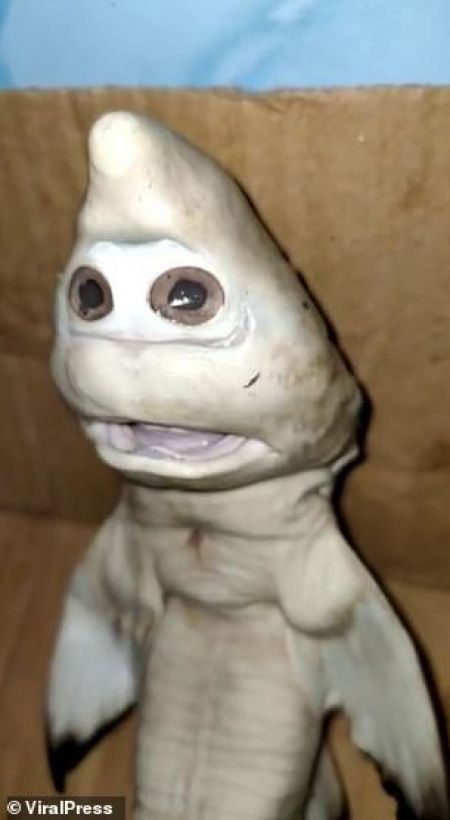 In a face that seems petrified with an open mouth and big bulging eyes, it unusual to see the shark’s eyes side by side. 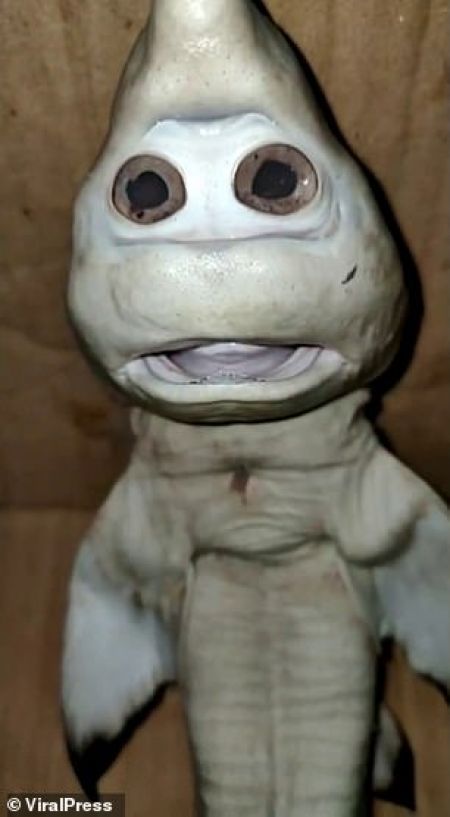 Nuren was so shocked by the discovery, he asked his family for help in preserving it. He is also apparently fielding offers from people who want to buy the shark from him.

Nuren, however, refuses to sell and believes that it will bring him good luck. 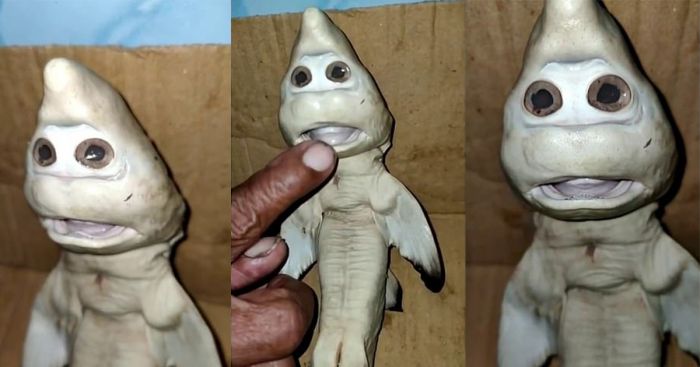