Georgia is a beautiful German Shepard-mix who was rescued by the Sunshine Dog Rescue after surviving on scraps near a gas station by the US-Mexico border. Despite the best efforts, the vets, unfortunately, were not able to save her pups. After losing her babies, this dog was left in a frantic condition. It was until the rescue workers introduced her to three orphan kittens. The beautiful dog, despite her loss gladly accepted the kittens and gave them her mother's love to them. 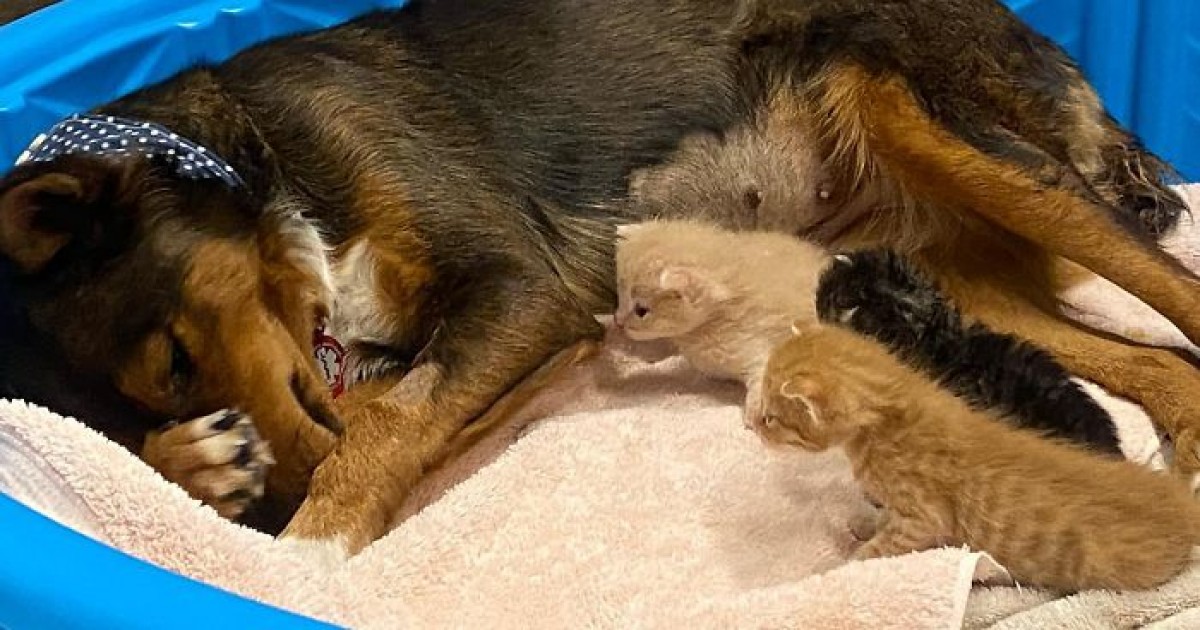 Mother's love and instinct are so powerful.  This kind of love just leaves one in awe. I guess the only love unmeasurable in this world is the love of a mother for the child. This goes for both humans and animals actually. This story here is a perfect example of it.

This rescue dog lost her puppies after giving birth to them through C-section. But this strong dog still had a lot of love to share.

Georgia was found by rescuers from the Sunshine Dog Rescue after surviving on scraps near a gas station by the US-Mexico border.

Despite best efforts by vets, her pups, unfortunately, were born premature and they were not able to survive.

The German Shepard-mix was left "frantic" after realizing that her litter of puppies was suddenly gone.

"The best way I could describe it was she was frantic," Anita Osa, founder of Sunshine Dog Rescue, told ABC15. "It was so sad, she was looking for those babies. She tore up the toddler mattress we had her on, trying to find her babies."

Unfortunately, the same night on the kitten passed away. But the other members of this unusual family thrived under the care of their newly adopted mama, and the rescue helped both the dog and kittens to recover.

Talking about this new family, Anita said: "I introduced them to her gently. I first brought one out and let her sniff it, and she seemed to accept it, so I brought the others out. It's amazing to see how she instantly calmed down. I think for the kittens, they have no idea that Georgia is a dog." 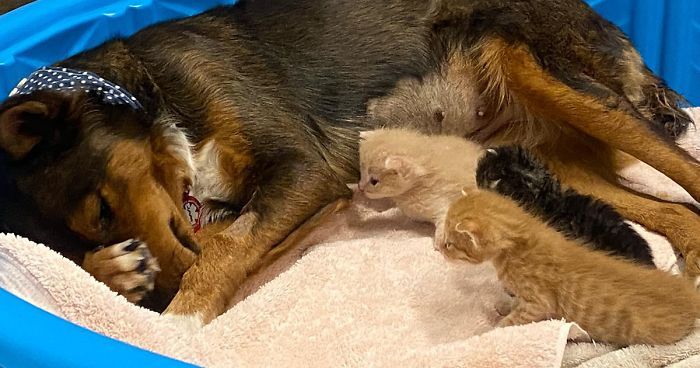 The good news is that every member of this beautiful family has been adopted and thanks to her new parent, Georgia even gets to live with one of her adopted kittens. 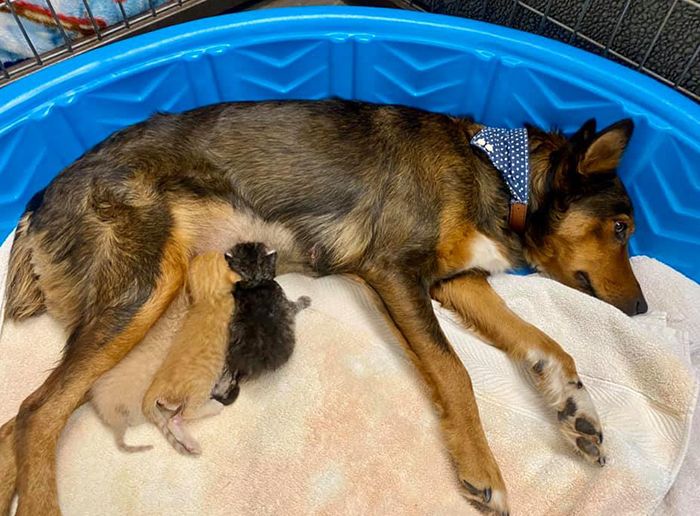