This Restaurant Charges Extra When You Ask A ‘Stupid Question’ 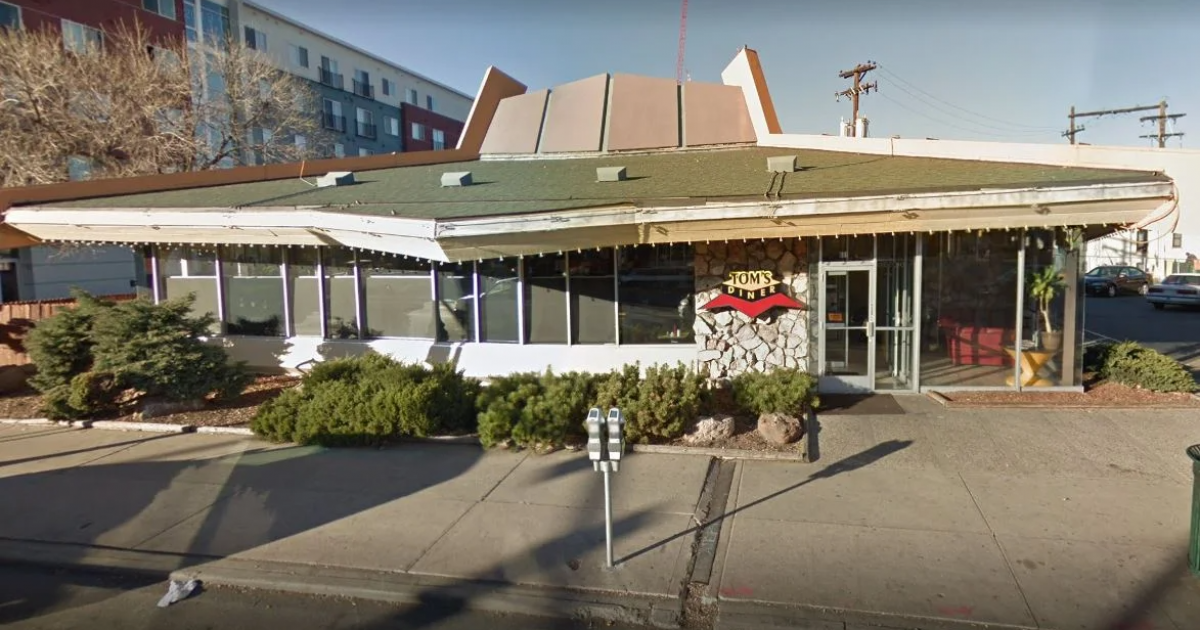 When it comes to working in the service or fast food industry, you need to be prepared to answer all kinds of questions, more specifically ‘stupid’ ones. You also have to answer them with a smile.

This Diner has had enough of customers’ queries and has decided to turn it into another stream of income. 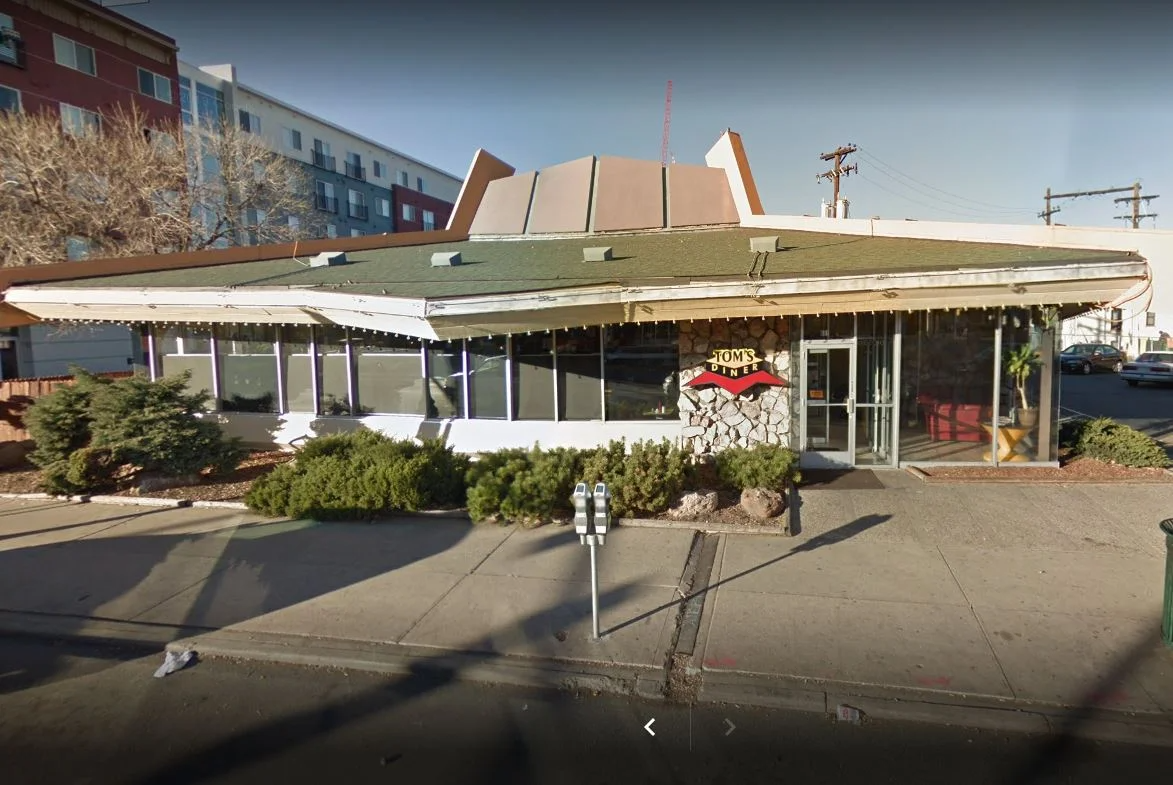 The next time you eat at Tom’s Diner, make sure to have some spare change at hand because every stupid question might cost you 38 cents extra.

The diner which has been open for 20 years is a hot spot where the locals are used to the tongue in cheek style of the fast-food joint. 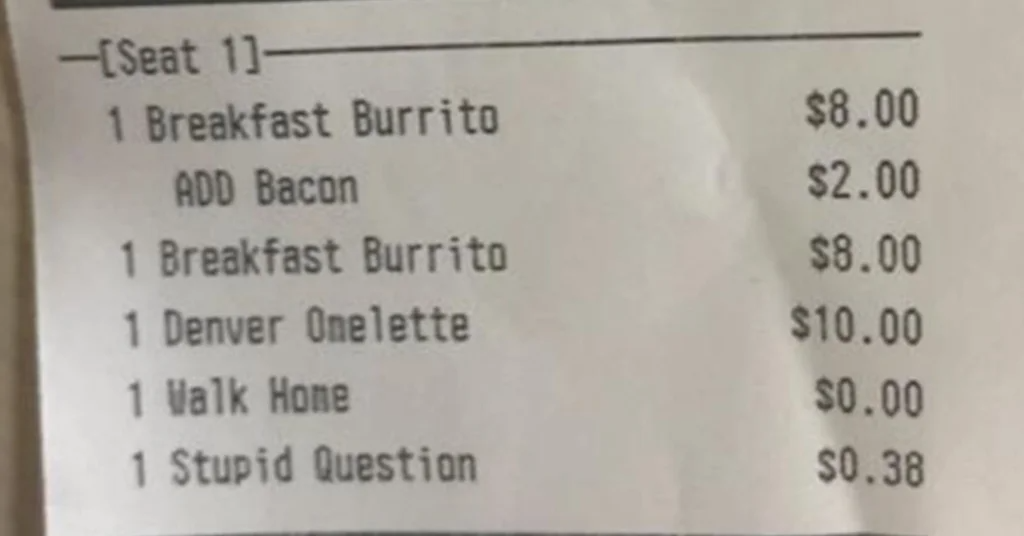 Hunter Landry, the manager said, “It's meant to be playful. It's good to keep things light in today's world." 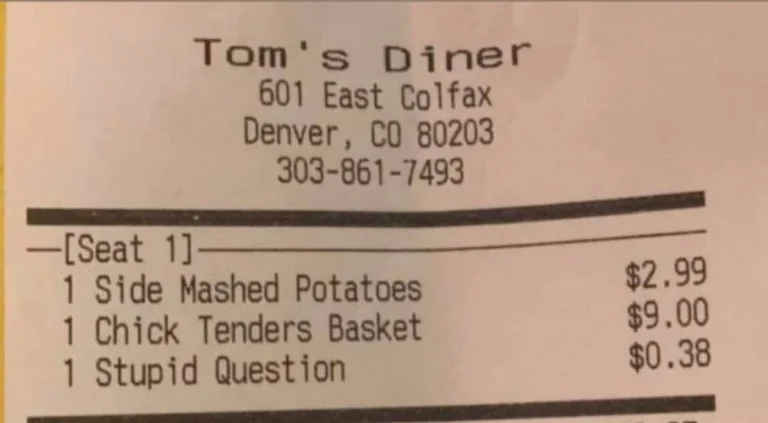 Their secret little charge came to the world’s attention when one Reddit user decided to post their menu online and rather than being annoyed, people actually loved the idea.

This isn’t even the first time they’ve charged people for stupid questions, with the original owner, Tom Messina charging 48 cents way back in 1999.

The price which has dropped since then isn’t actually just charged willy nilly with waiters urged not to charge well-intentioned genuine questions.

"When we have a good fun table that engages with us or when they ask about the charge, it's always fun to add it on," says Hunter Landry.

This has now become sort of a gimmick for patrons who try to come up with the stupidest question that one can ask to incur the charge.

One of Landry’s favourites is, "Does the ice have any water in it?" 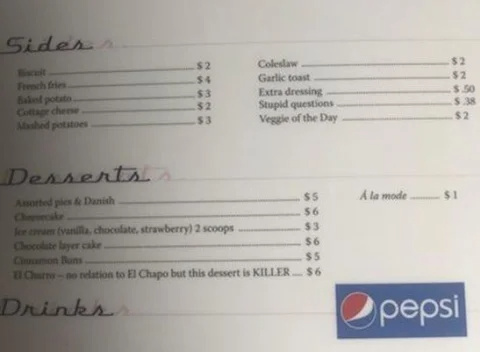 One previous employee revealed on Reddit that people would often be disappointed if they weren’t charged. "they'd ask and a server would add it. The ultimate stupid question? 'Why didn't you charge me more money?'"

"The majority of people really get where we're coming from and understand it's meant to be playful. Over the years, maybe a few people have been perturbed but the response is generally positive.", says Landry 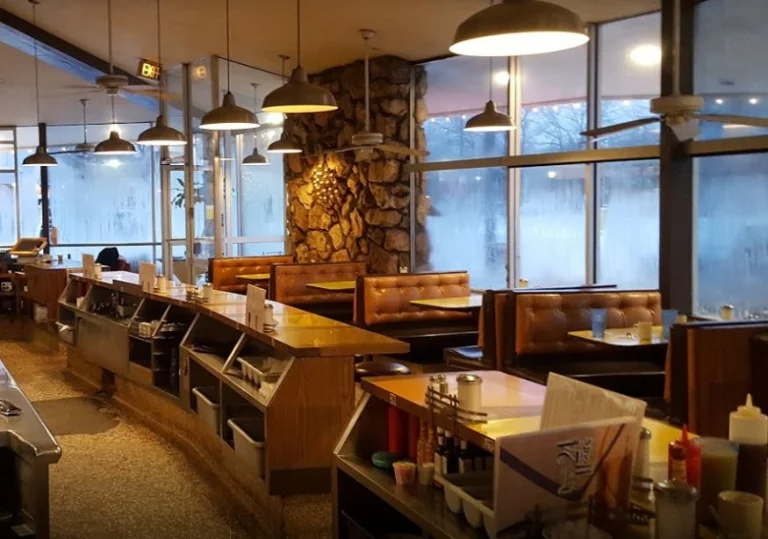 The jokes however don’t end there. The menu also has ‘walk home’ listed under the healthy options along with ‘Skip your next meal’. 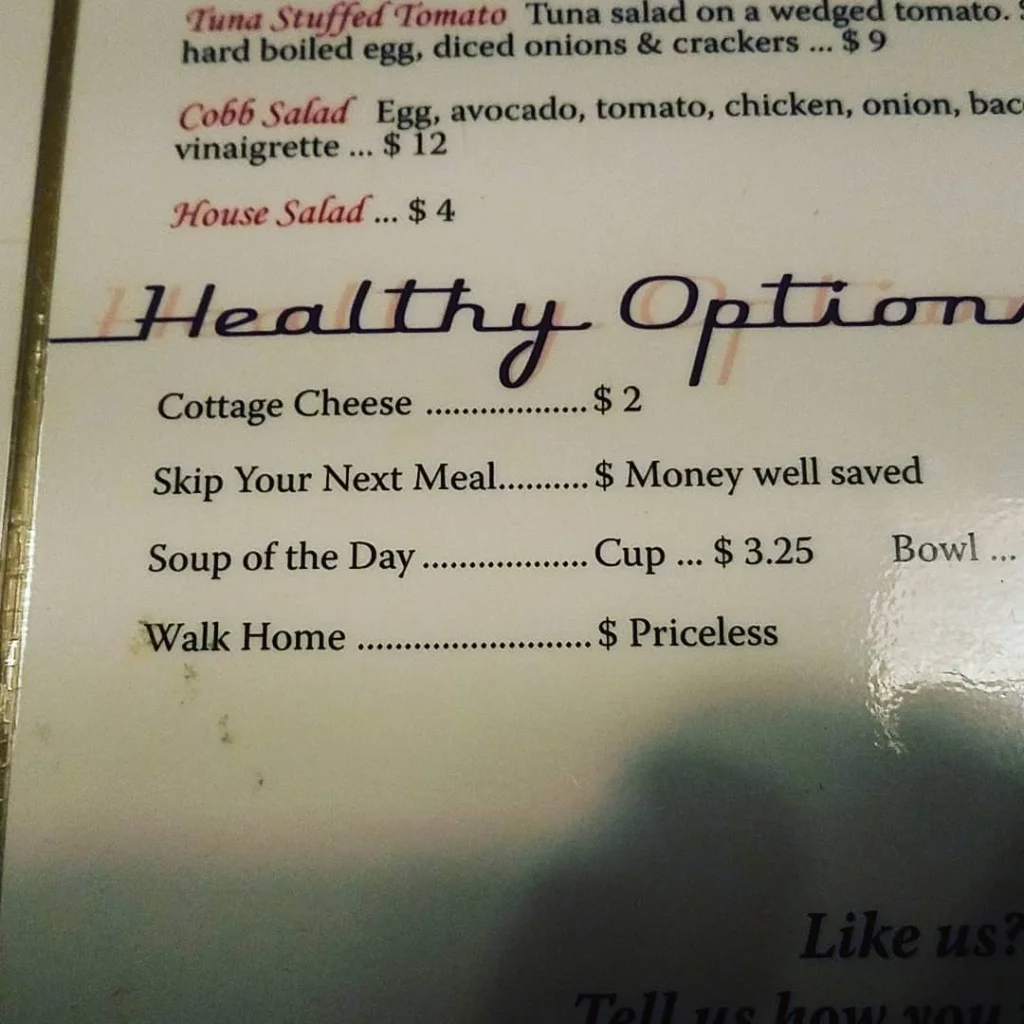 Landry revealed that they’re also considering the addition of ‘Love each other’ and ‘Don’t take yourself too seriously’.

Landry says, "It's all about not taking yourself too seriously. We're not here for a long time, so let's enjoy ourselves and try to make the most of this life." 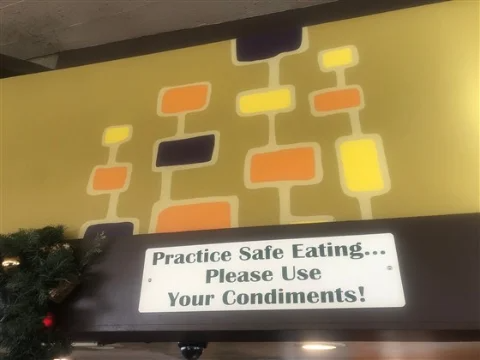