This Texas Fake Snow Conspiracy Theory Will Make You Facepalm

Posted by Mahnoor Nadir in Fails On 25th February 2021
ADVERTISEMENT 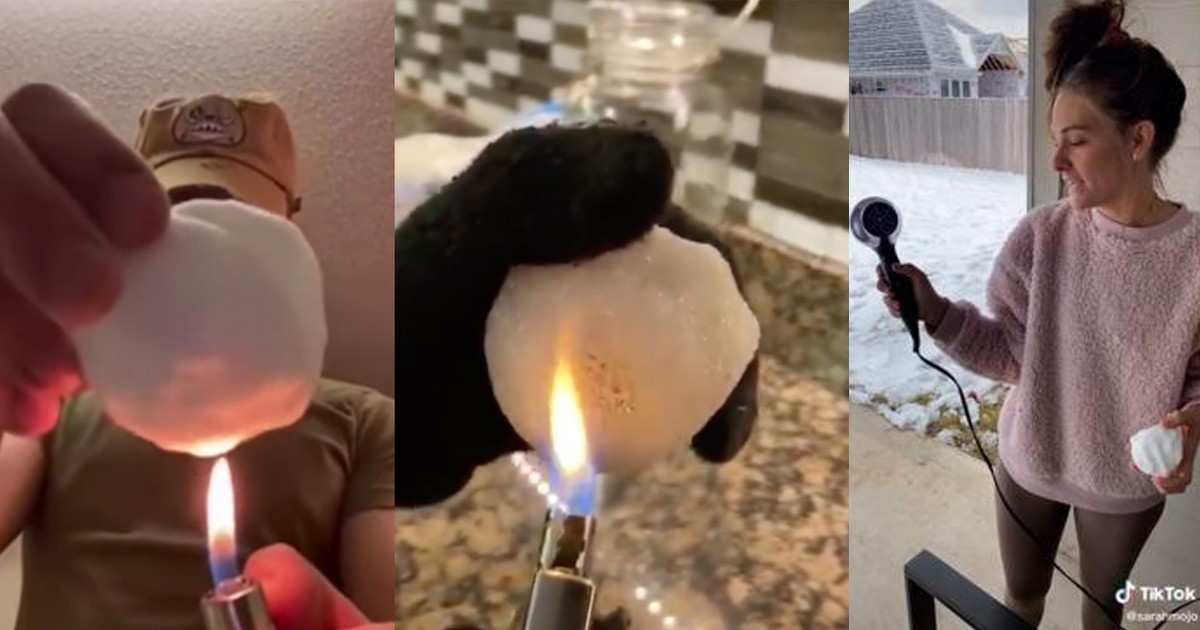 TikTok users are putting up videos in Texas trying to prove that the snow is fake.

Texas has been going through a uniquely rare snowstorm which has wreaked havoc on their infrastructure.

From power outages to sold-out stores and lack of clean water, Texas is in dire need of support. This has resulted in some strong criticism of the government and rightly so.

This however is a curveball that no one expected.

Rather than pointing their frustrations towards the regional government for failure to provide protection and rehabilitation, they claim that President Joe Biden and Bill Gates were conspiring to send fake snow towards Texas as payback for not voting Democrat.

The reason behind this claim is an ‘experiment’ in which the snow, when exposed to fire, doesn’t melt but rather leaves a black soot mark on it.

There is, however, a reason for this phenomenon.

The reason for the residue and the lack of dripping water is that the heat that is being introduced to the water is so high that the snow is immediately turning to gas.

The residue itself is a byproduct of the fuel from the lighters or candles being used as a heat source.

Although the entire theory has been thoroughly debunked, it has done nothing to stop the conspiracy mills from churning out more of this content and spreading misinformation.