Posted by Mahnoor Nadir in Cringey On 15th March 2021
ADVERTISEMENT 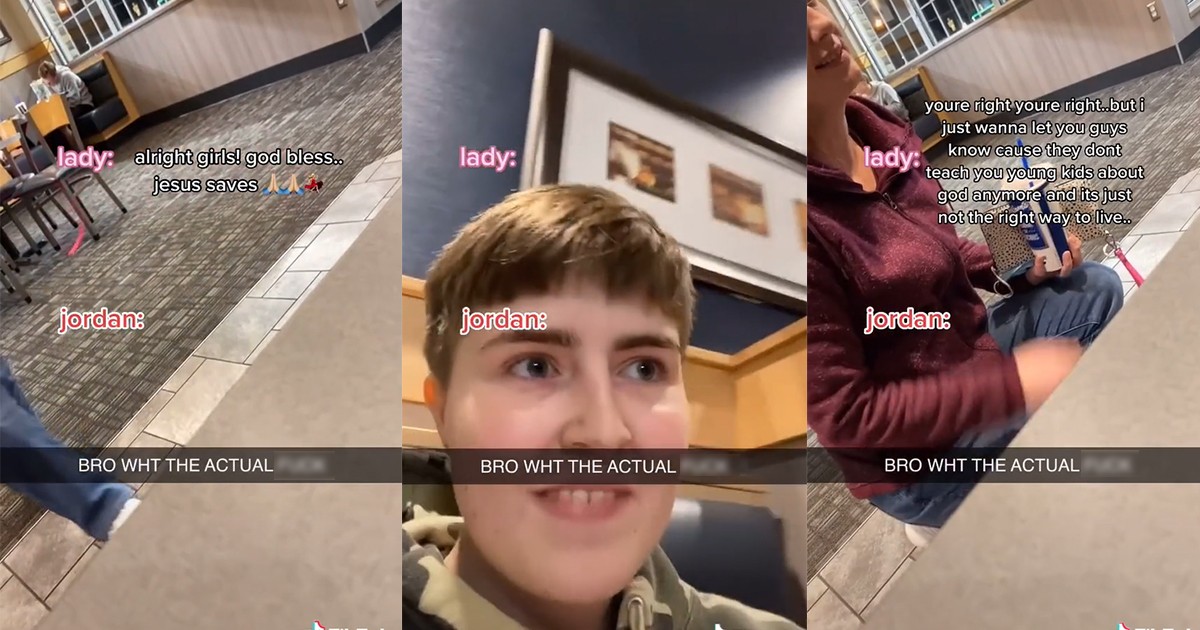 A TikToker by the name of Kaiden was out having a meal with their cousin Jordan when they were approached by a woman.

here’s the vid with the captions for those who wanted it. ##fypシ ##foryou @defnotjordanjames

In the video which has since been viewed 15 million times, Kaiden is seen having a meal with the woman speaking in the background.

Kaiden claimed that she had been staring at them the entire time they had been there. 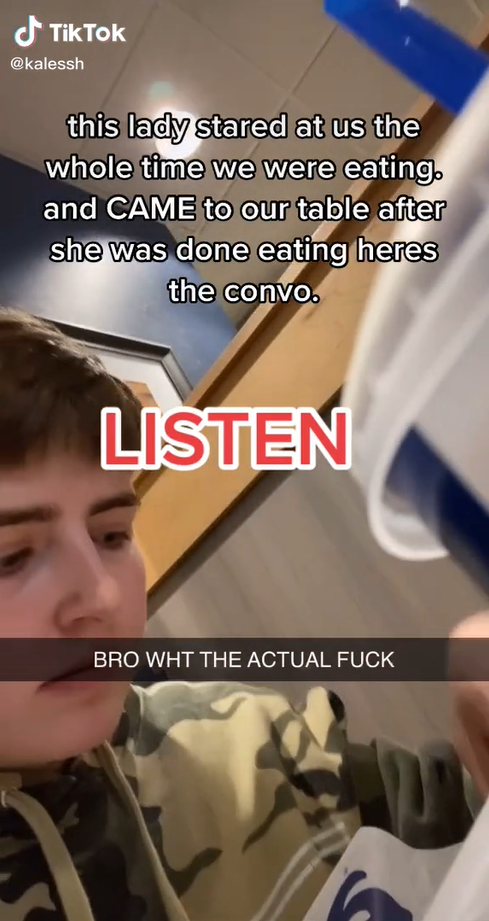 They were extremely shocked when she made herself comfortable at their table. 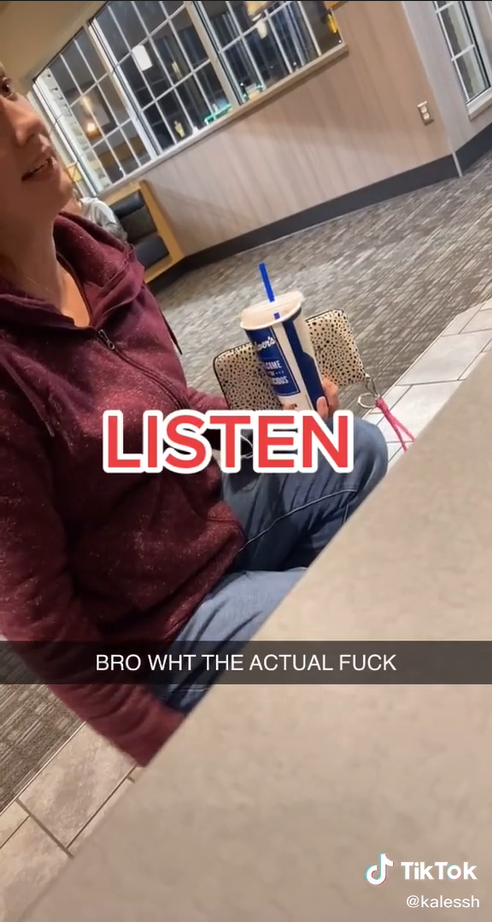 The woman who said she was a Christian immediately asked if the two went to church anywhere. Kaiden is seen obviously shocked at the question. 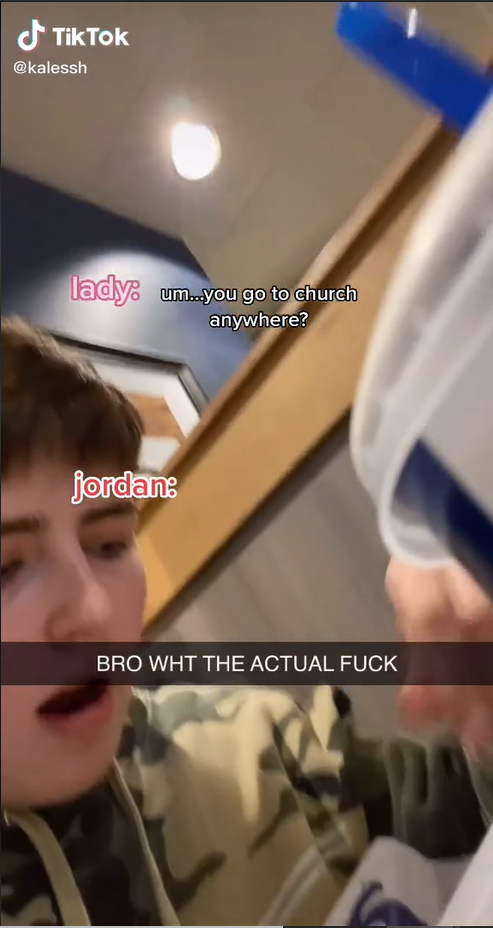 When told no, she asks them if they knew how to get to heaven. The continuing conversation made the two cousins clearly uncomfortable. 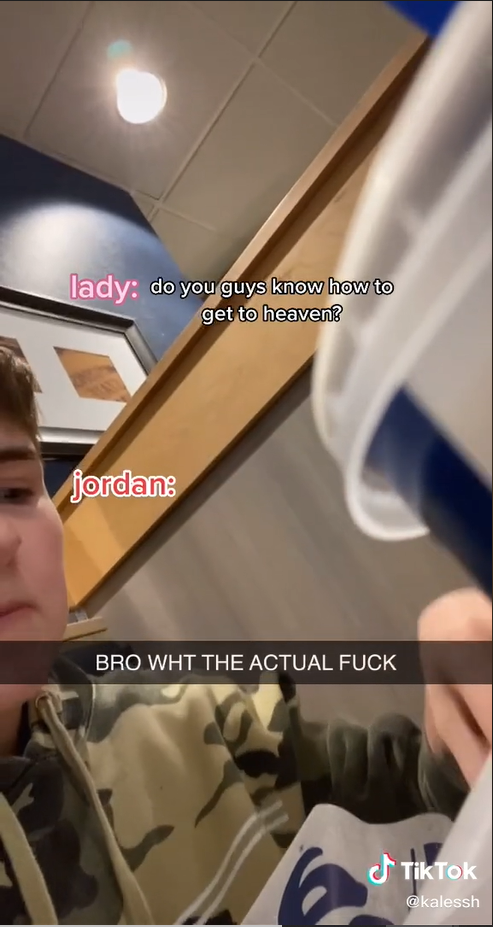 Kaiden's cousin Jordan tried to politely let them know that their conversation was not welcome and that they didn't know each other. 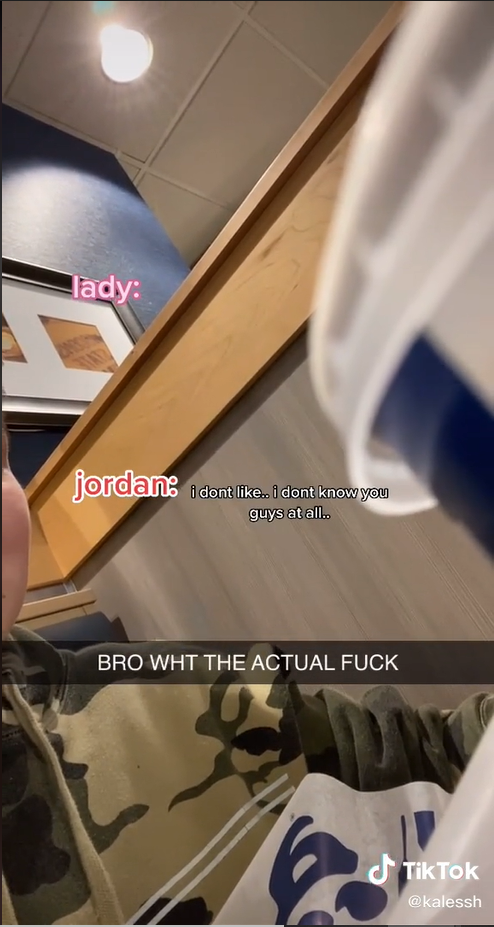 The woman continues speaking saying that she just wanted to make sure that the two weren't girlfriends. 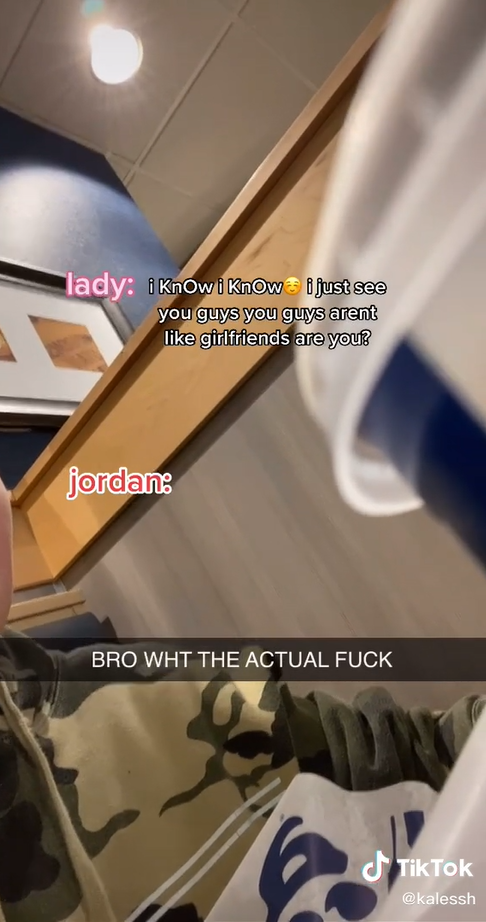 To which Jordan replied, "No. We're cousins" 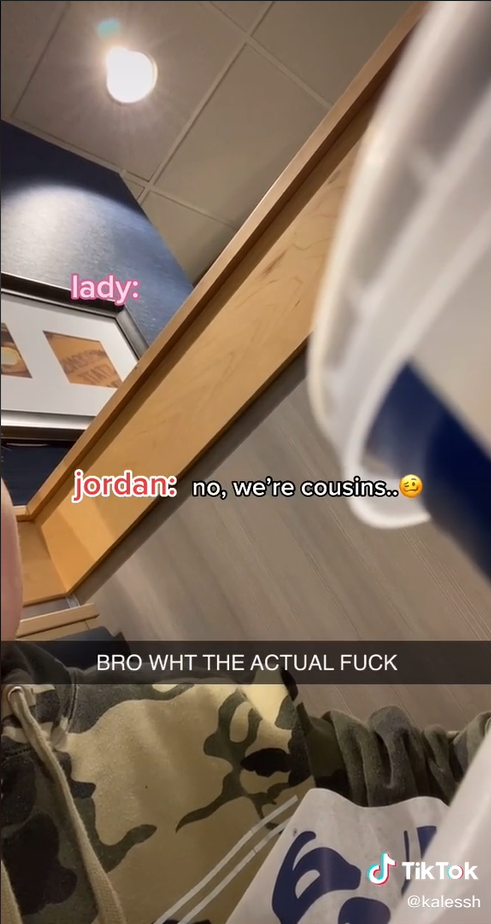 Jordan continues to try to set boundaries letting the woman know that their relationship was not her business and that she was making them uncomfortable. 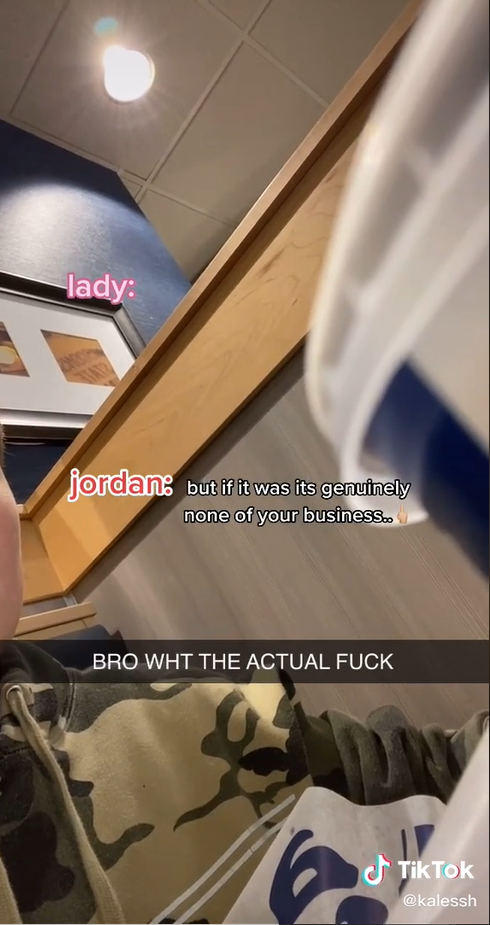 It was at this point the woman told them that she was worried that young kids did not know about God and that if the two were girlfriends then that was 'not the right way to live.' 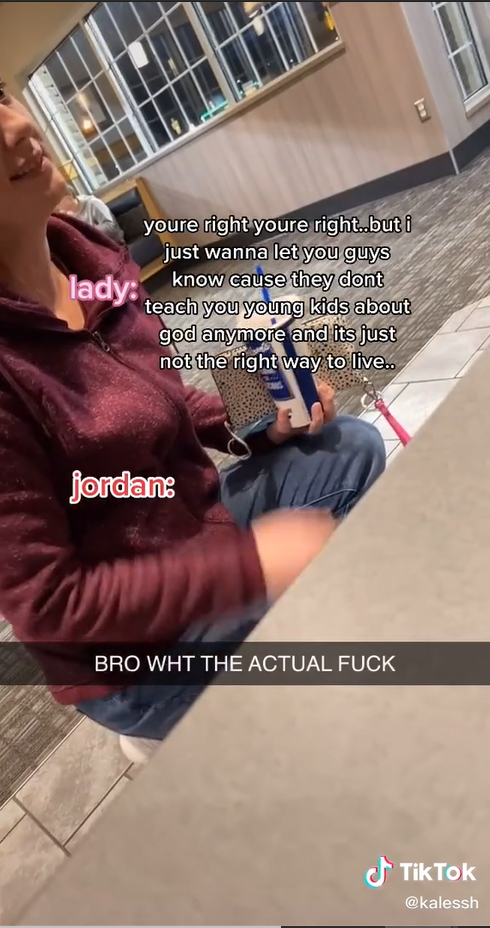 They immediately replied that they didn't appreciate having an opinion forced on them. 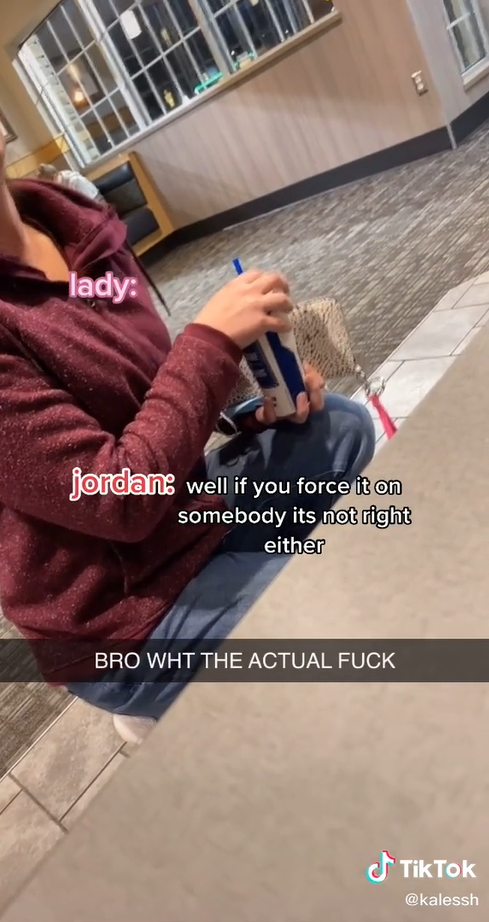 The woman however did not realise that was being invasive and forceful. 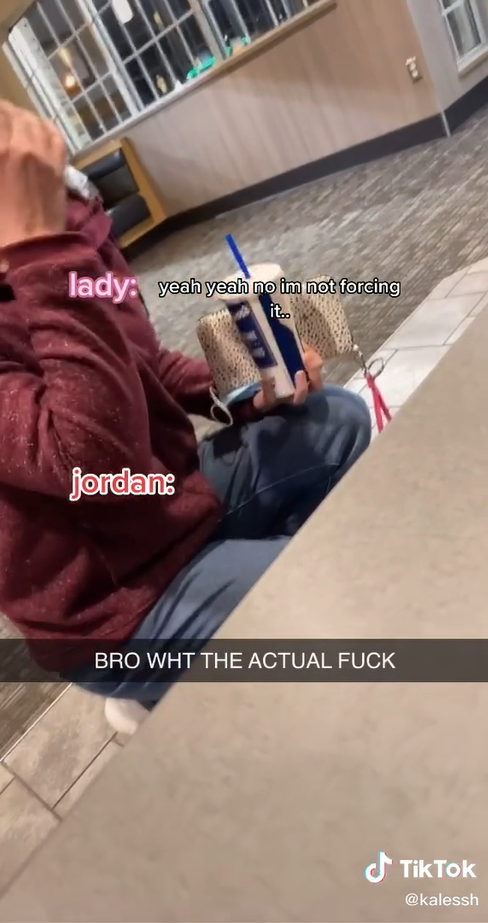 Jordan who is off-camera the entire time can be heard getting restless and reiterating that they did not know her. 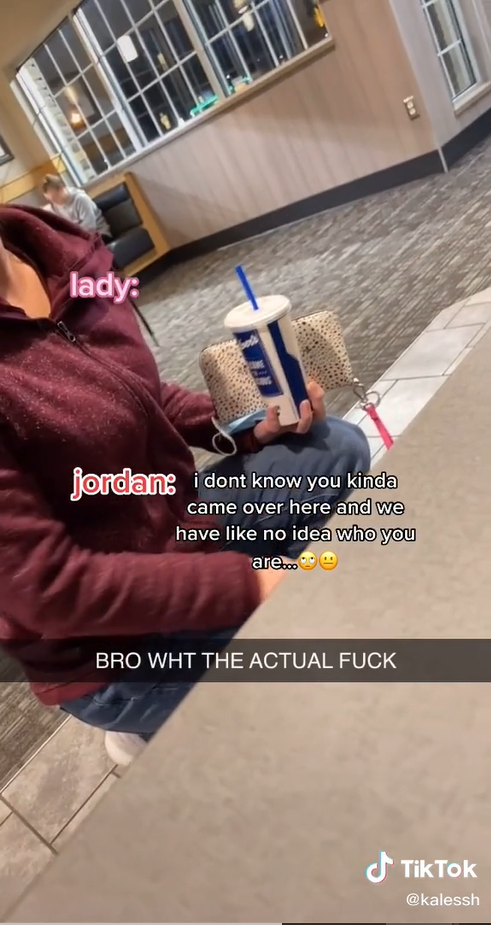 It was then that the woman let them know that it was God that told her to come and have a conversation with them. 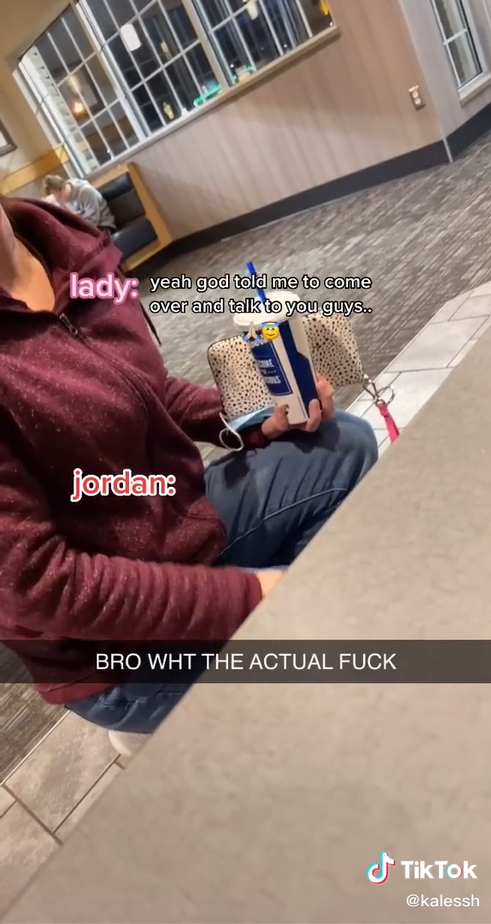 She finally exited with a a goodbye and a blessing. 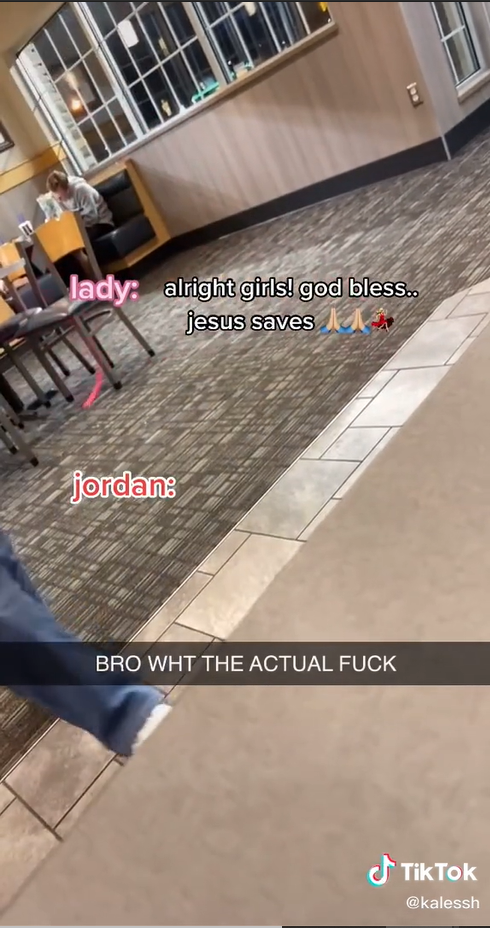 Needless to say, the two cousins were clearly uncomfortable as a result of the incredibly bizarre situation. 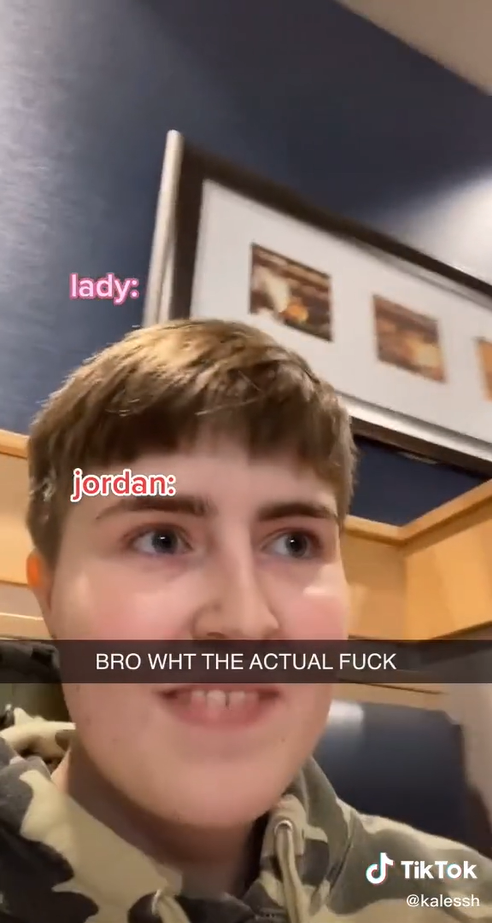