Posted by Zainab Pervez in Funny On 11th November 2021

This artist edits ex out of any photo you send her for just $10 per pic. She’s since received over 800 replies, forcing her to raise her rate… to $15. 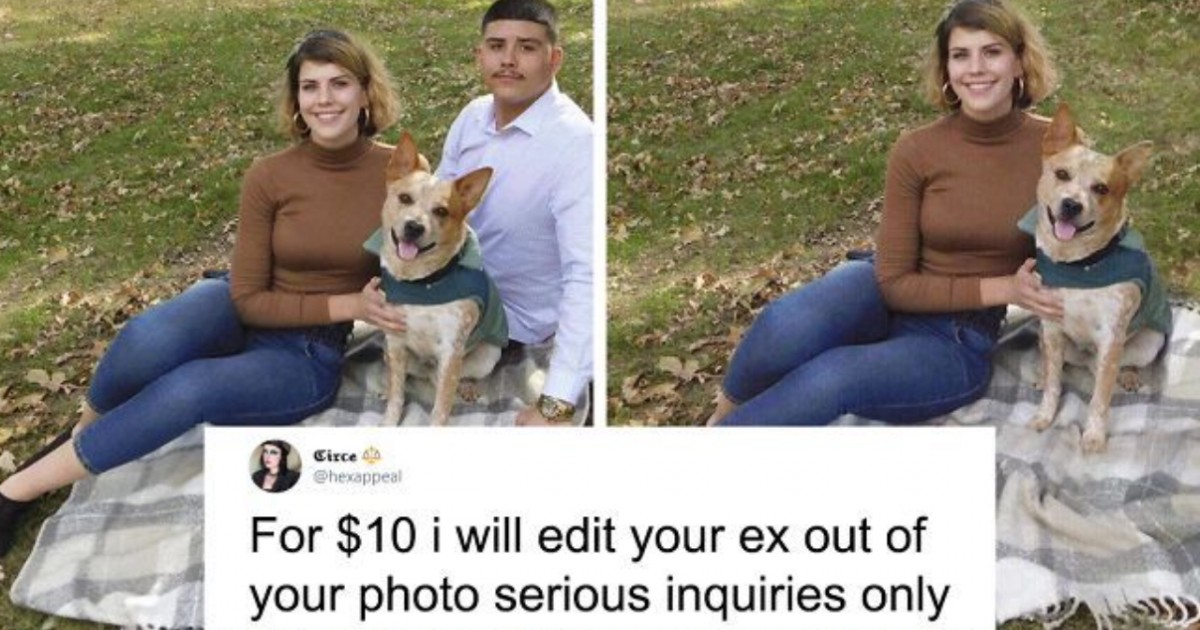 So, do you have an adorable picture of yourself from a trip that you would love to flaunt about, but it’s in the recycle bin for it’s ruined by an imminent, contrary presence with an arm clutching your waist? If so, the royal community of Twitter has got your issue solved, with one lady offering to remove your ex (or exes) out of pictures for a price. 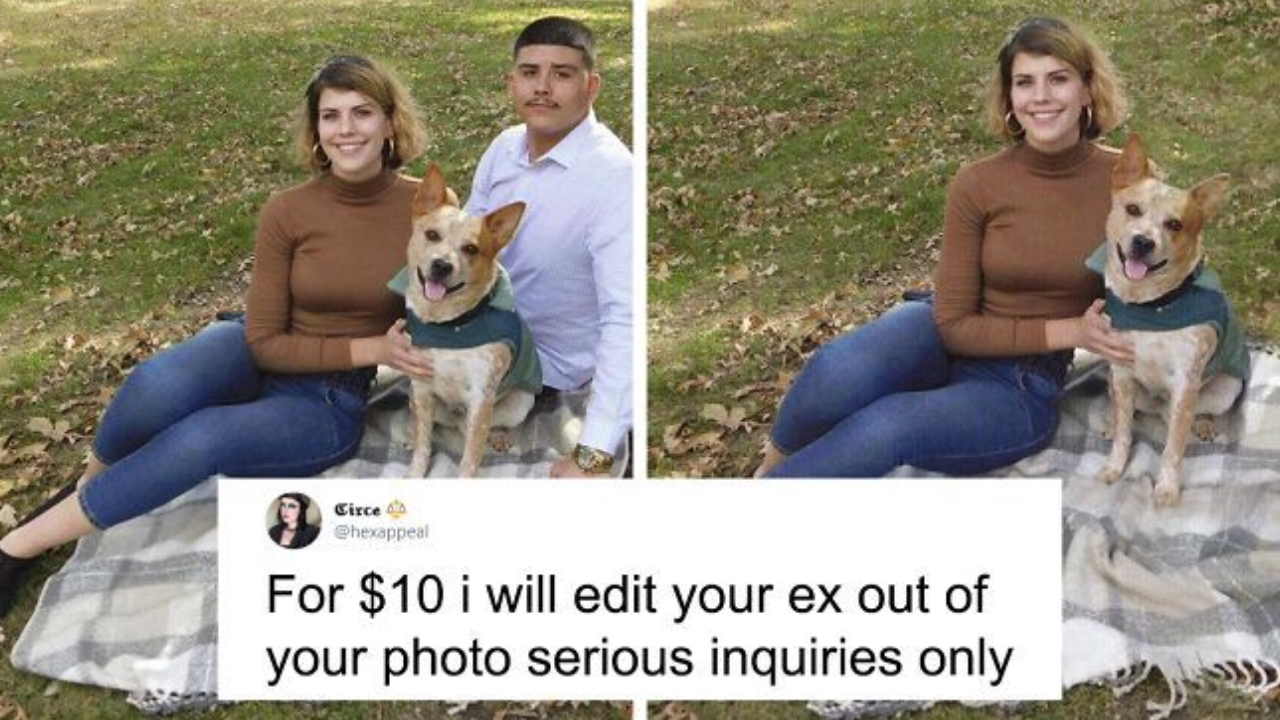 The artist is Twitter user @hexappeaI, and the whole thing started with the seemingly innocuous tweet below. “For $10 I will edit your ex out of your photo,” reads the Tweet, alongside a sample before-and-after photo. “Serious inquiries only.”

Typically, her Tweets get a few likes, retweets, or replies each, rarely hitting double digits in any one category. But a lot of people must want to scrub the memory of their ex from their photos, and a lot of those people must spend time on Twitter, because this particular tweet has received over 160K likes, 18K+ retweets, and over 800 replies as of this writing

Obviously, not every one of those 800 was a request for Photoshopping, but plenty of queries came in, and satisfied customers soon started posting their results: 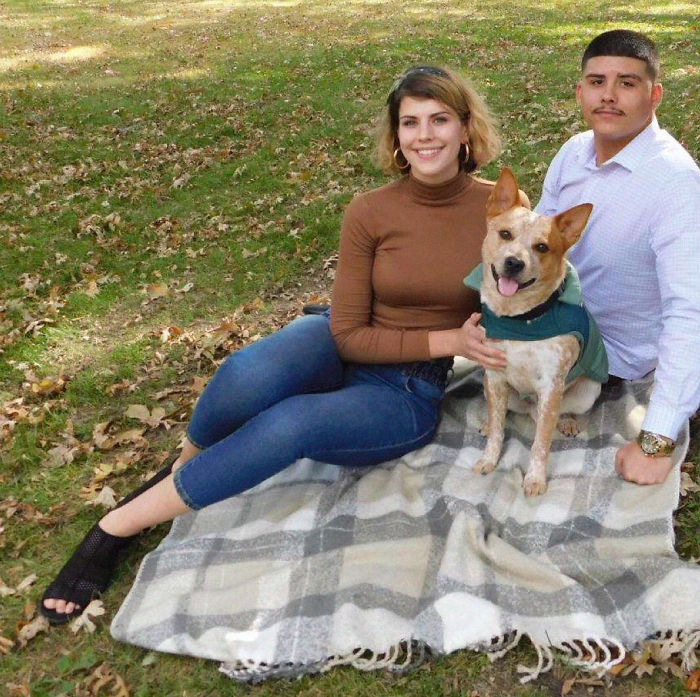 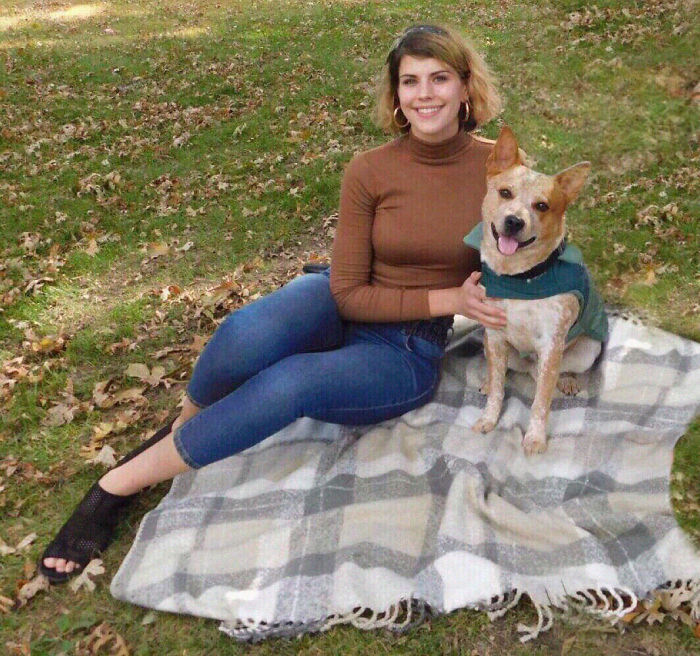 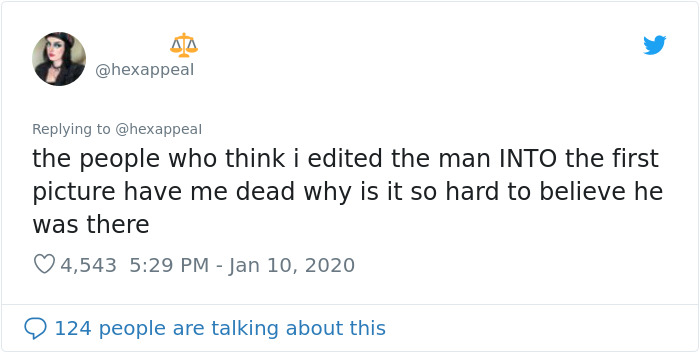 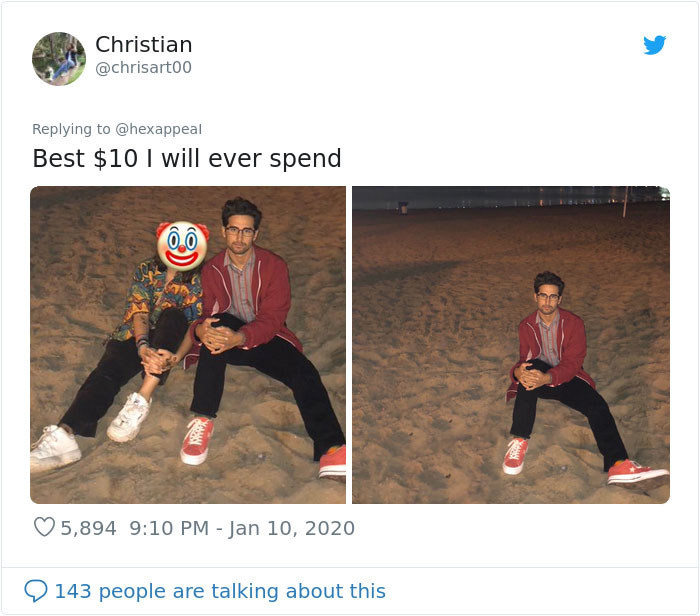 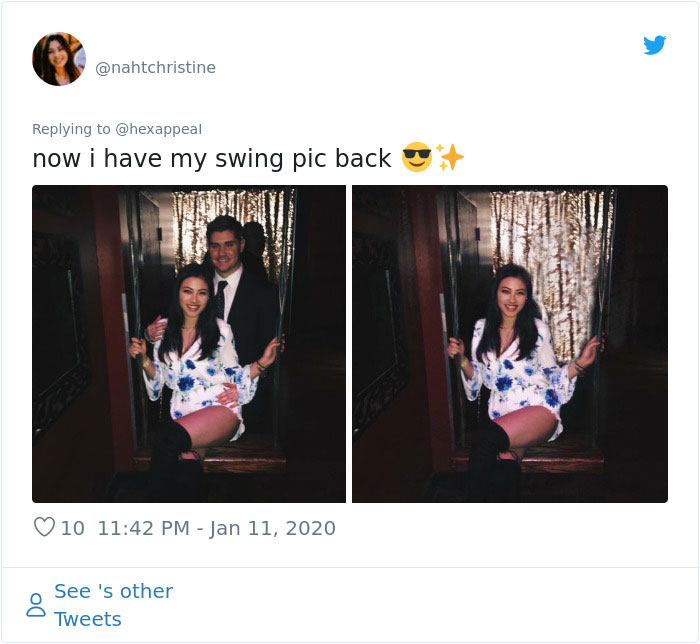 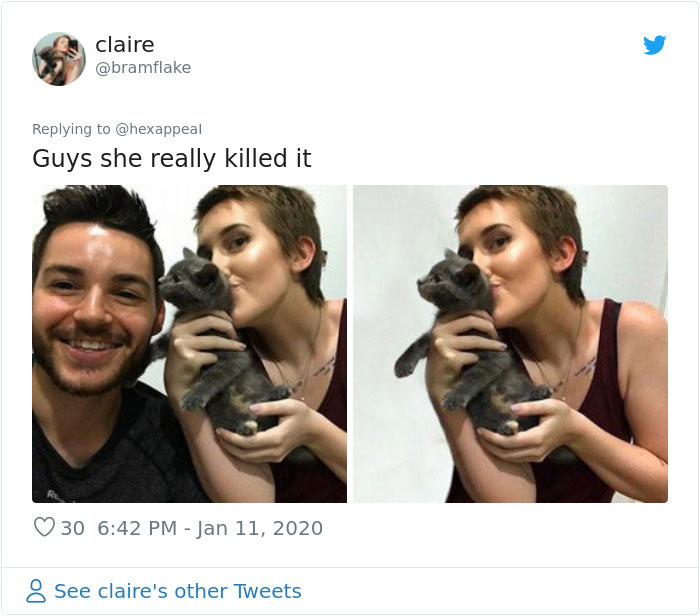 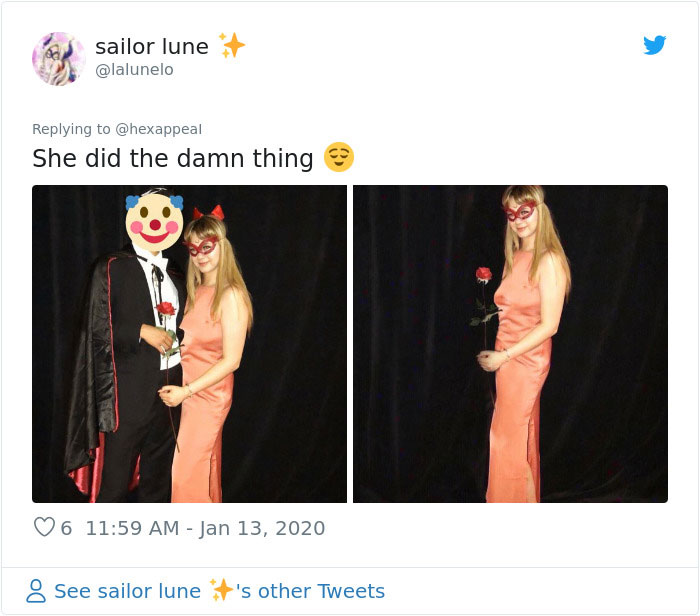 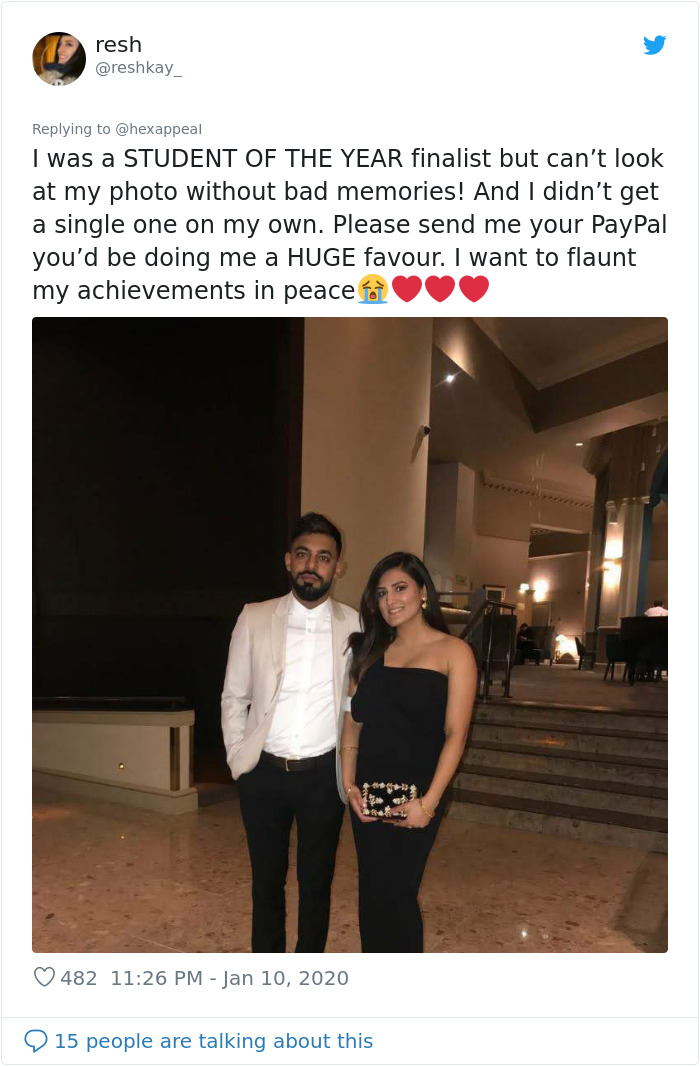 Another retoucher even got in on the action, jumping in on the replies with this freebie: 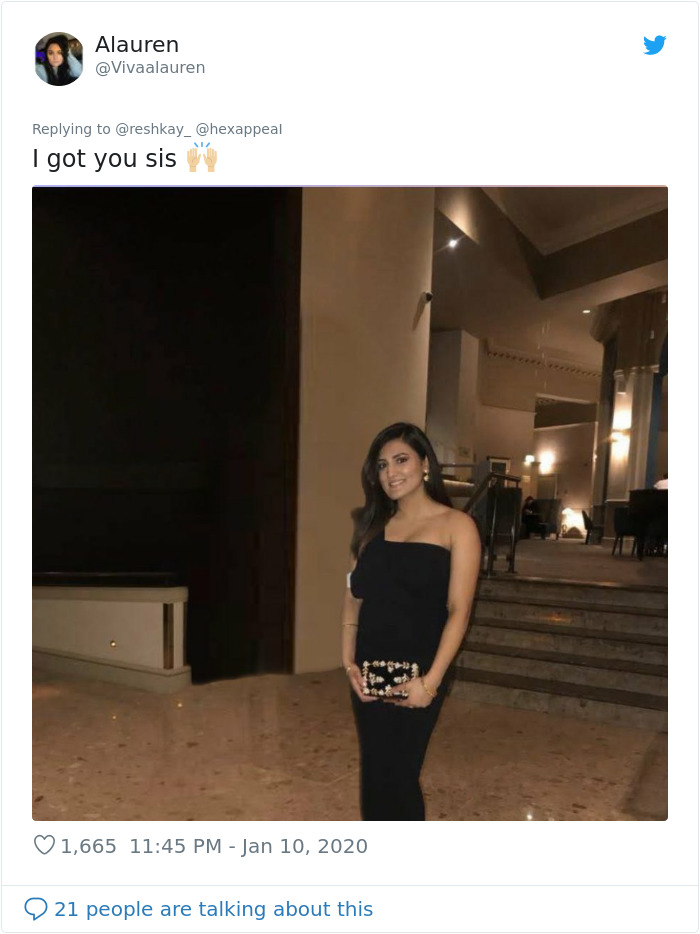 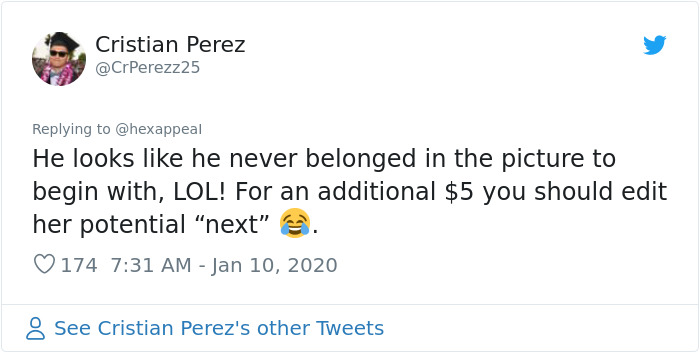 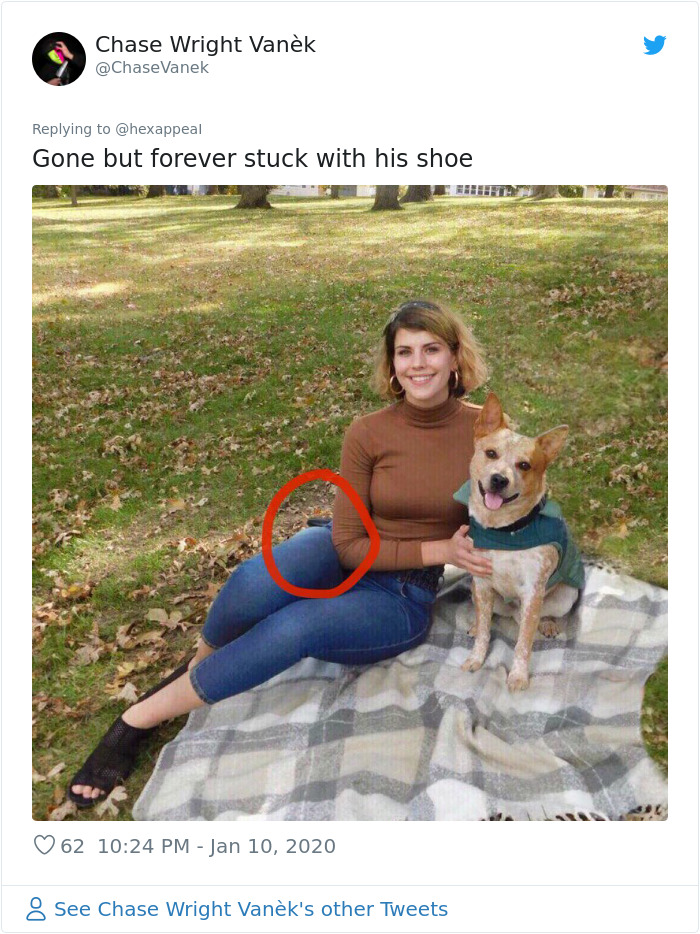 Of course, not all of the Photoshop jobs were perfect. The example she herself posted left in a shoe, for example: 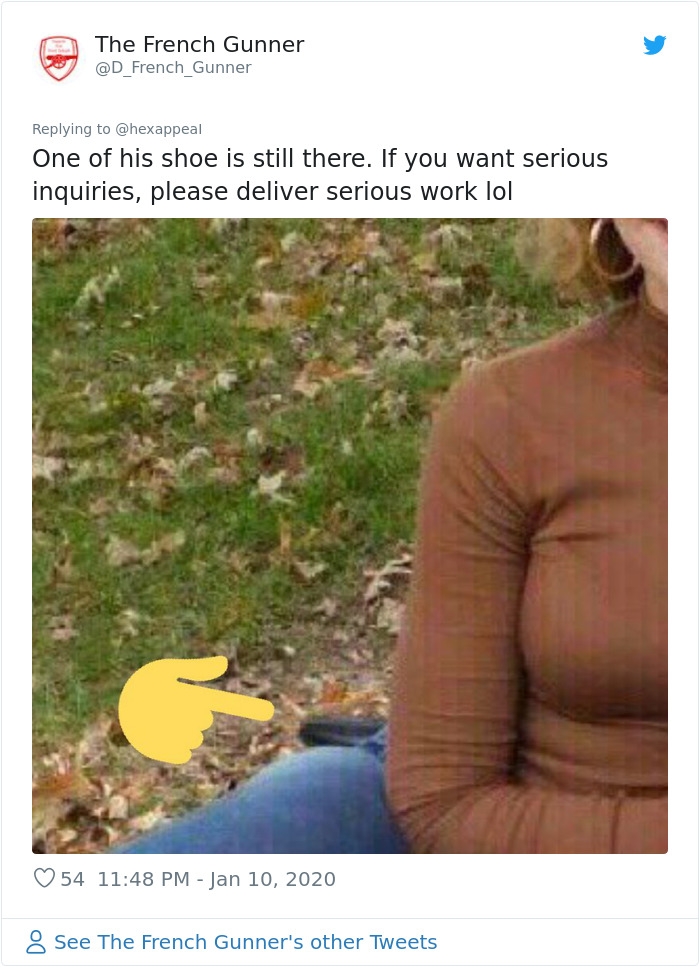 But overall, people seem pleased with the results… which is particularly impressive given that @hexappeaI is doing all of this using an app on her phone. No Photoshop skills required: 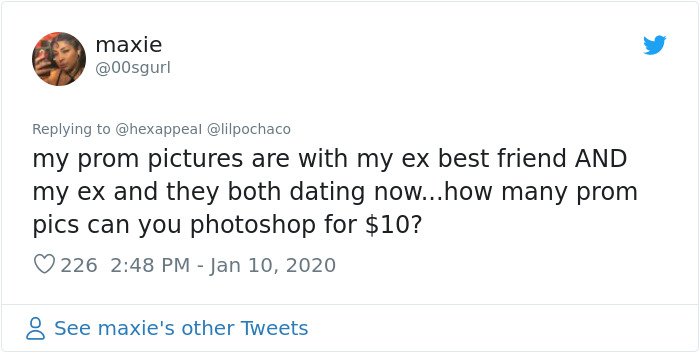 Sadly, business is so good that she’s had to raise her rate. The $10 early bird special has run out, and new inquiries will need to pony up 15 bucks to get their ex removed. No worries though, if you got your request in before the update, she’ll grant you into the introductory price. 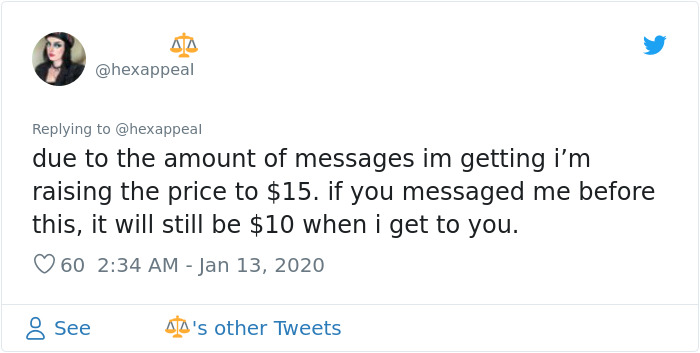 As absurd as this all sounds, you have to give credit where credit is due: a simple tweet and a smartphone app has probably earned her hundreds of dollars. Laugh or scoff if you must, but she saw a gap in the market that needed filling… Content Aware Filling, that is.