Posted by Sumaiya Ghani in Parenting On 3rd January 2021

We were today years old when we got to know that one can get pregnant while already expecting but this condition is very rare. This woman right there was over the moon when she got pregnant with the twins but after ten days, she conceived again and is now carrying three babies who are not triplets. “Ours are only a few weeks apart but sometimes they can be months apart, and those people actually have to have different due dates.” 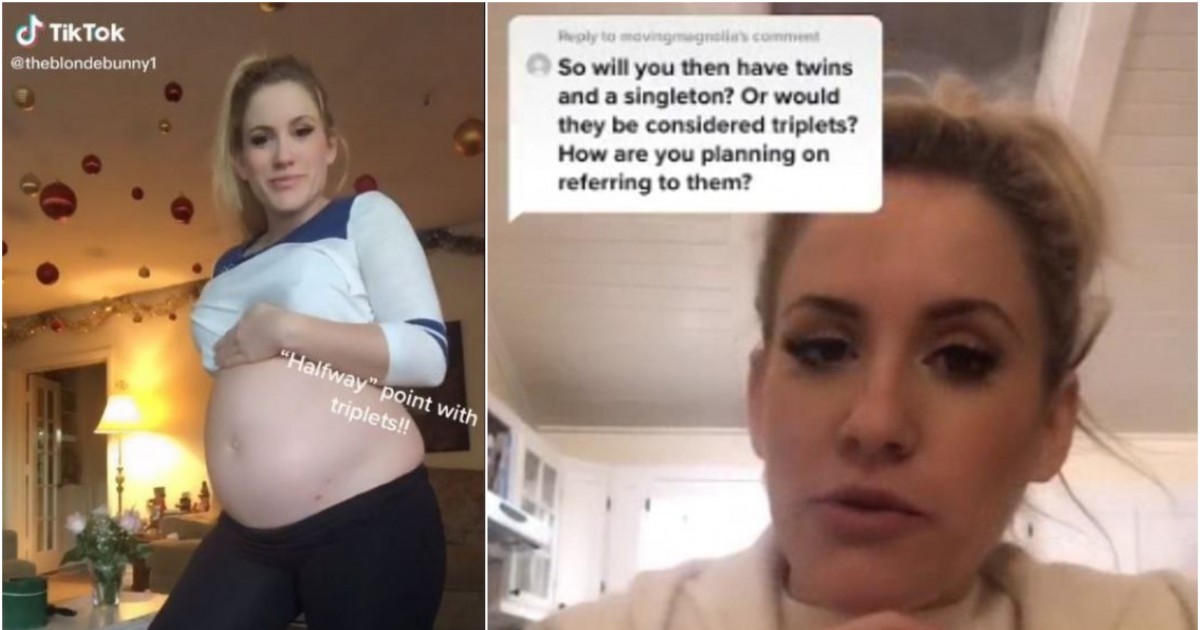 The mother-to-be is going to give birth to triplets ten days apart. She and her fiance couldn't control their happy tears when they got to know they will be parents to twins. What happens after that is even more surprising as the woman got pregnant for the second time.

The third and very lucky baby was conceived around ten days after the twins. 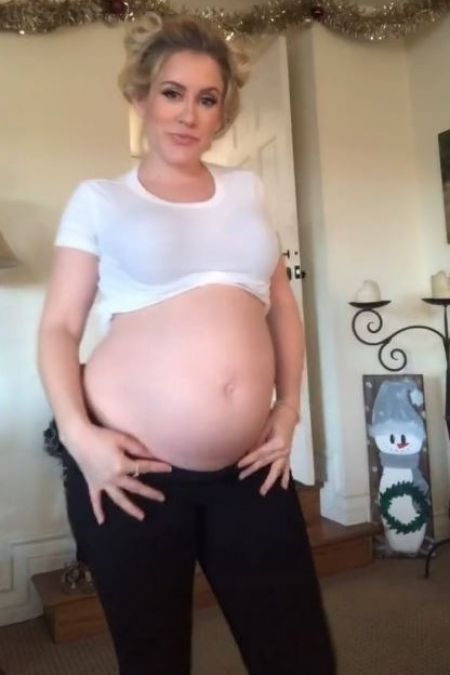 This is her first pregnancy and according to her probably the last as she will soon be a mother to three beautiful babies.

She is sharing her mindblowing journey on TikTok and is all set to welcome the babies.

The woman told that the phenomenon is called superfetation, and occurs when a woman ovulates twice a month.

“Normally your body is supposed to switch up your hormones and stop you from ovulating again once you're already pregnant. In my circumstance it did not. 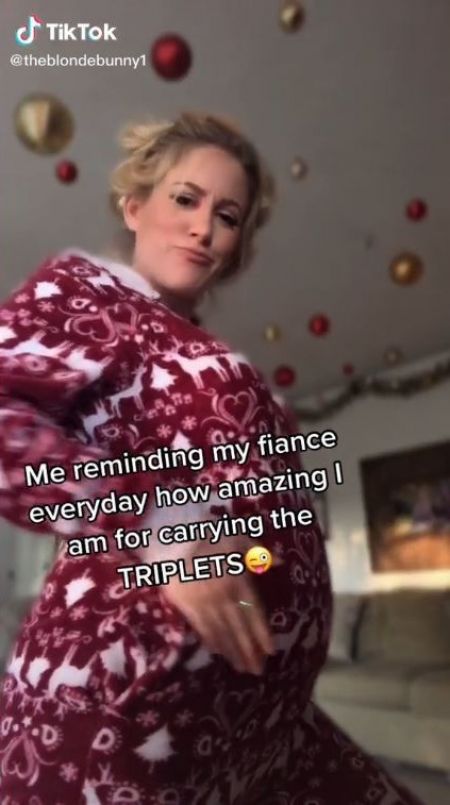 This condition is extremely rare, only three percent of the entire women population have a chance to get pregnant a second time

“About 10 percent of women can ovulate twice a month. Only I think 3 percent get pregnant a second time."

“So technically our babies do have different due dates, luckily they're close enough that they will be born the same day, so they will all still be considered triplets."

“So with superfetation, the eggs came at different dates, and so they have different gestational ages. " 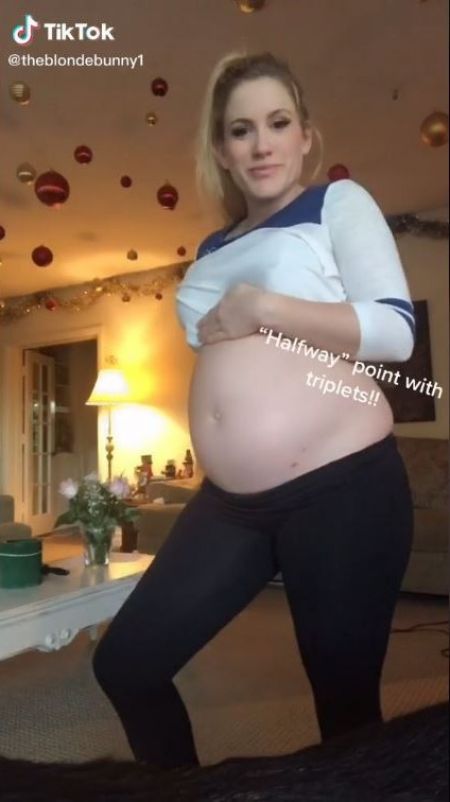 “Ours are only a few weeks apart but sometimes they can be months apart,  and those people actually have to have different due dates.” 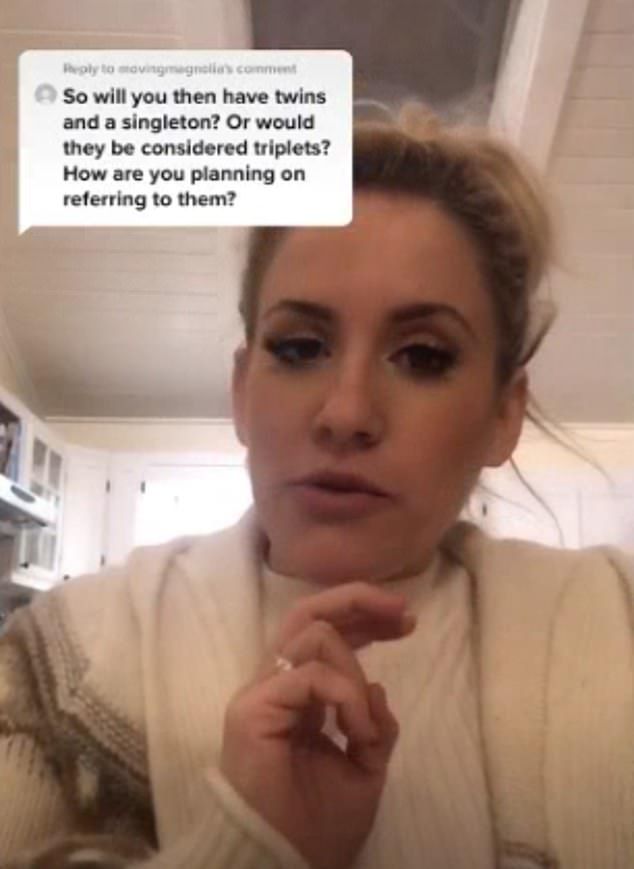 She doesn't know the genders of the babies yet

The doctors thought of the lucky baby being a third triplet who was malnourished.

“The first two babies are ten and 11 days older than our third baby, so that’s how we knew straight away it was a second pregnancy,” she said.

“To confirm it was superfetation and not just twin absorption or a malnourished baby the doctors are doing ultrasounds every two weeks." 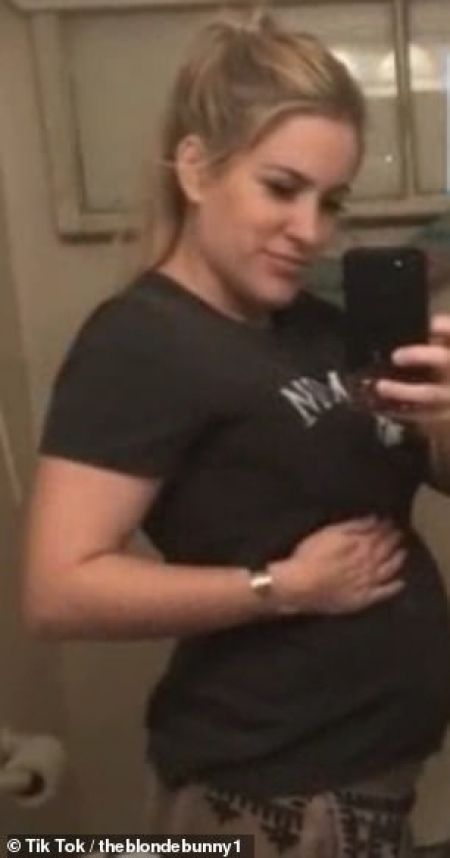 “And sure enough it’s been hitting every single milestone, growing at a healthy rate, just ten to 11 days behind the first two babies we have.”

She also warned other women;

“So when your man doesn’t want to use protection because you’re already pregnant - I would be cautious.” 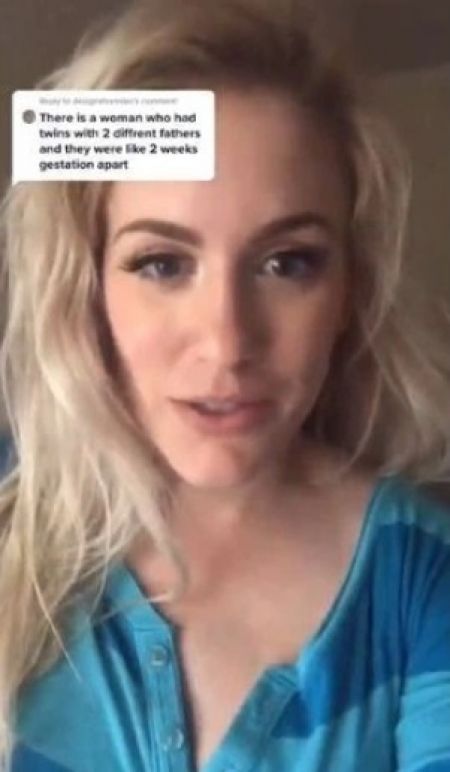 The expected due date is April or May, the woman is already done with her 16-week mark

She talked about her plans to get all three babies past 28 weeks, and ideally carry them until 32, or 35 weeks.

She feels so blessed and says she and her fiance have hit the jackpot and are ready to welcome their babies.

She said in a video;

“In our case, all three babies are the same dad, we’re really excited. Luckily no drama with any DNA testing.

“We had the first two come then a few weeks later baby number three said I’m coming too I’m not waiting.

“Natural birth, we’re really excited. We hit the jackpot it’s our first pregnancy, and we’ve got three coming at once. So probably going to be my last as well.” 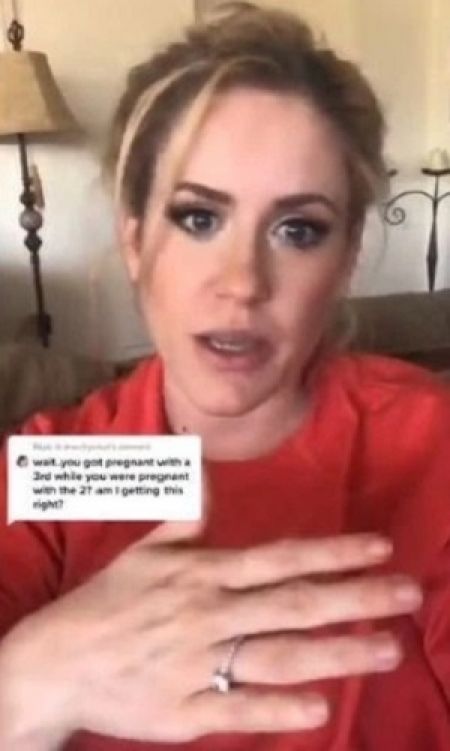