Emily, from Oundle, Northamptonshire, started suffering from headaches, dizziness, and fatigue in her twenties and assumed it was anxiety as told by her doctor and started on medicines too. Little did Emily know that all the on and off symptoms she was experiencing all these years was because of a brain tumor.

On her diagnosis, Emily said: "The type of tumor I had was a slow-growing one and doctors told me I'd probably had it for about 10 to 12 years. I was gobsmacked. The consultant said that, for all that time, I hadn't had anxiety - the tumor had been causing my symptoms. As terrifying as my diagnosis was, in a way, it almost felt like a relief. My symptoms hadn't been all in my head and there was something that could be done about them." 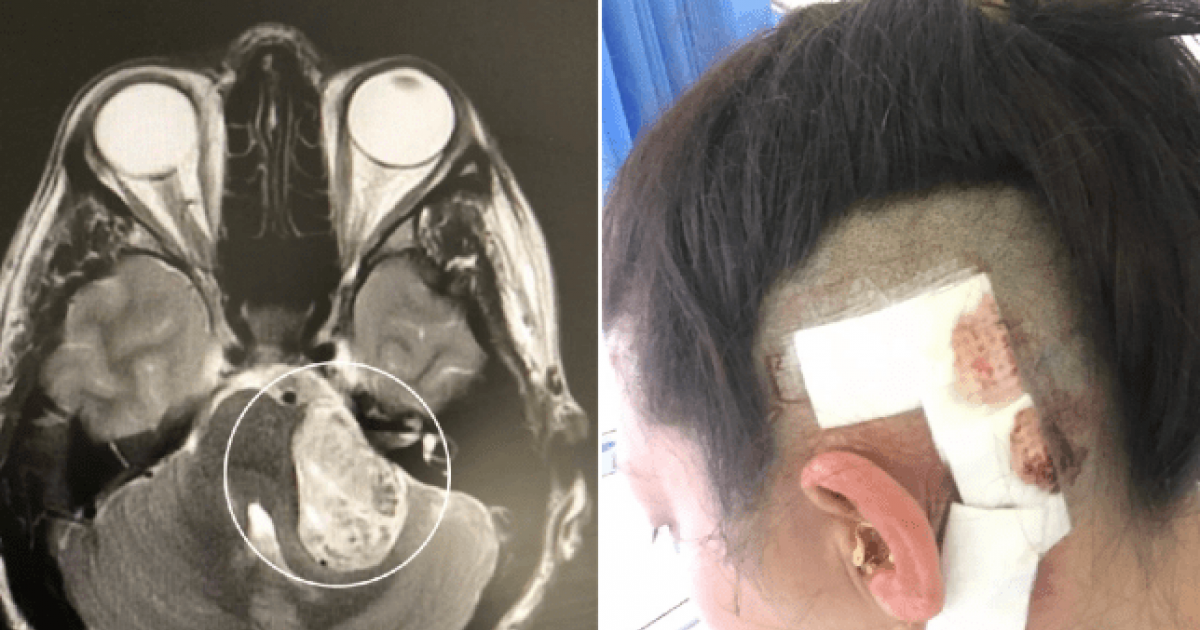 Emily Bailey, 34, started experiencing dizziness and fatigue in her twenties and assumed it was anxiety - as did her doctor, who gave her medication. 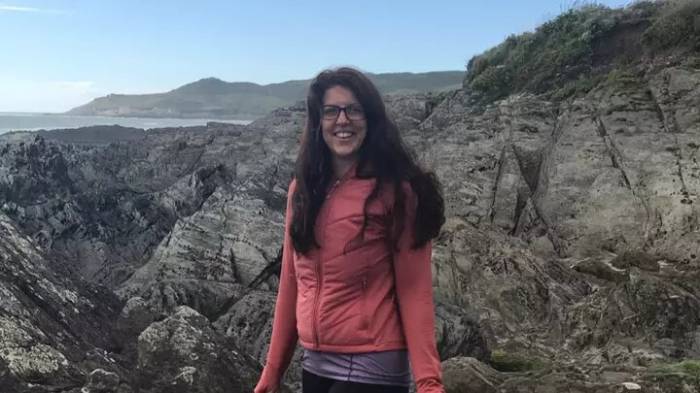 One day in November 2019 when out jogging with her local running group she suddenly lost her balance and went crashing into a garden wall. It was this incident that led her doctors to probe more into her case and identified a 4cm tumor, pressing on the nerve connecting her inner ear to her brain. 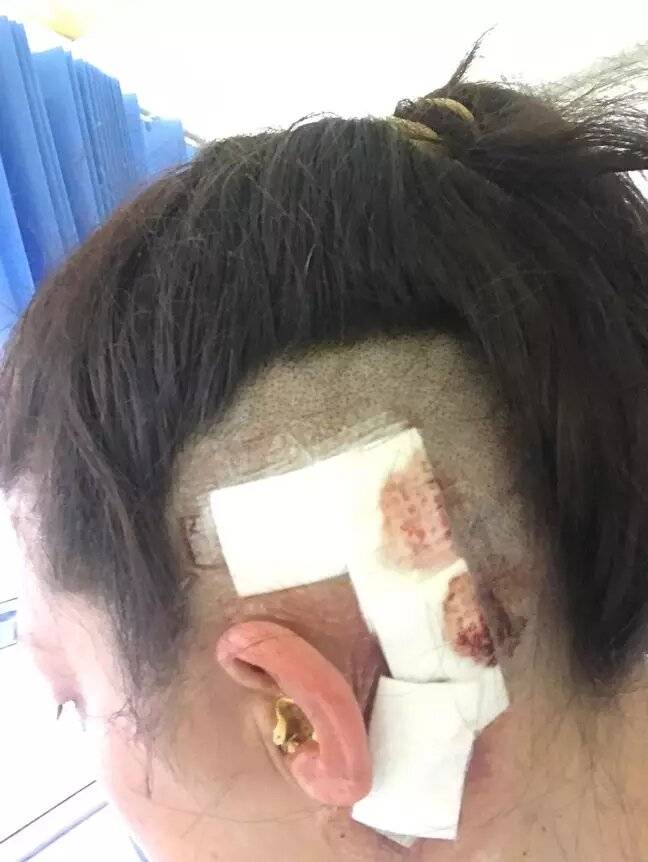 Emily, from Oundle, Northamptonshire, said: "When I first lost my balance, I was out jogging and other members of my running group had to help me up and guide me to the finish line.

"I was walking as if I was drunk - it was so bizarre."

In the beginning, Emily was informed by her doctors that she had an ear problem that was causing balance problems. Eventually, her balance deteriorated to the point where she needed to be supported by someone when she went out, she had an MRI scan at a private hospital in March and discovered she had a brain tumor. 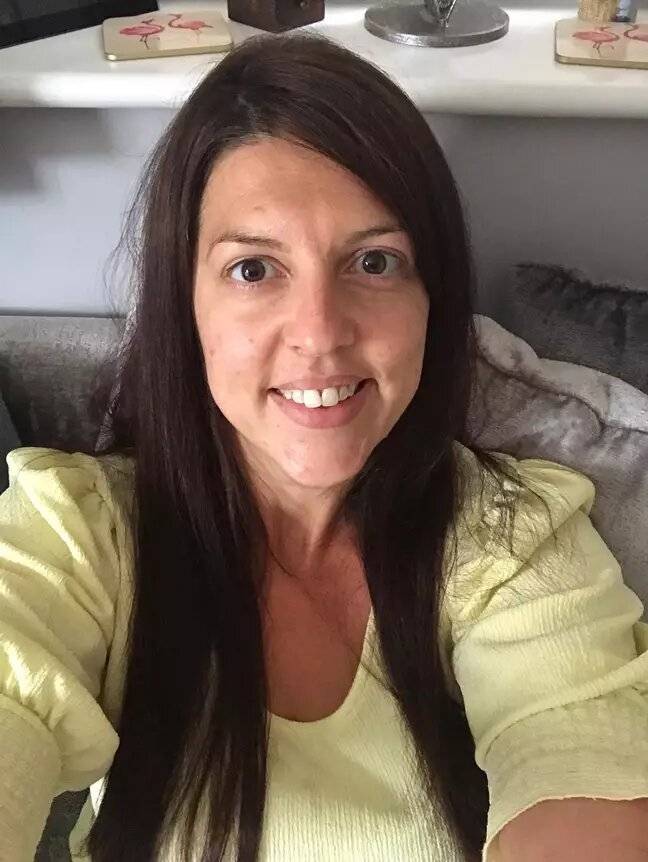 Emily said: "The type of tumor I had was a slow-growing one and doctors told me I'd probably had it for about 10 to 12 years.

"I was gobsmacked. The consultant said that, for all that time, I hadn't had anxiety - the tumour had been causing my symptoms.

"As terrifying as my diagnosis was, in a way, it almost felt like a relief. My symptoms hadn't been all in my head and there was something that could be done about them."

After Emily's balance further worsened hearing in her left ear faded, Emily visited her doctor in 2020 and was told she simply had blocked ears, but decided to take further action.

"I had a couple of other strange symptoms too, like tinnitus - when you hear a near-constant ringing - when I lay down," she said.

"I also began to lose my taste and the left side of my tongue almost felt tingly." 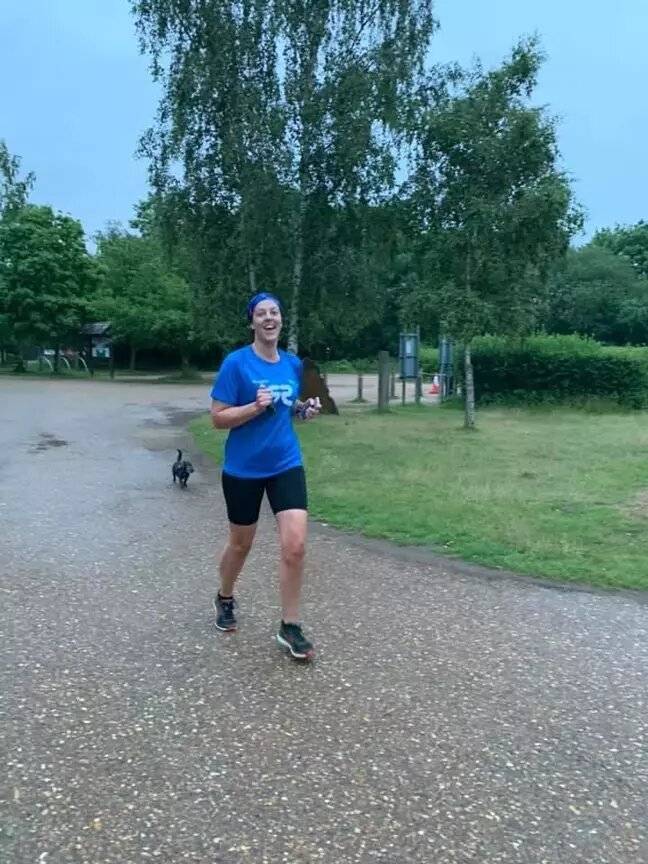 Not getting satisfied with her doctors, Emily decided to use her private health insurance to have an MRI scan at Peterborough's Fitzwilliam Hospital where, to her horror, she was told she had a tumor the size of a golf ball on the left side of her brain, pressing against the nerves controlling hearing and balance.

Two days later, she was officially diagnosed with an acoustic neuroma - a benign tumour that grows slowly over the course of many years - affecting around two in 100,000 people in the UK annually, according to the charity British Acoustic Neuroma Association (BANA).

Symptoms may not be obvious in the beginning but can include hearing loss on one side, tinnitus, vertigo, persistent headaches, blurred or double vision, difficulty swallowing, facial numbness, and problems with limb co-ordination. 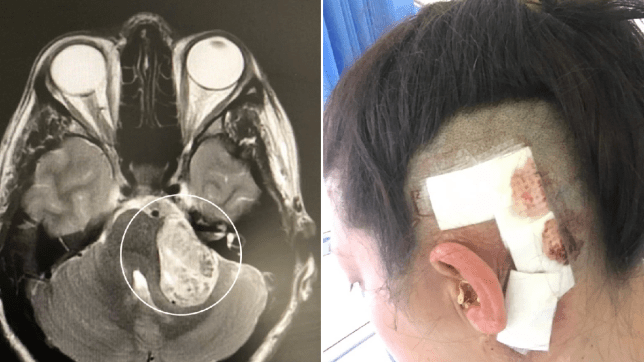 In March, Emily underwent an operation at Cambridge's Addenbrookes Hospital but had no loved on with her at the time of operation because of COVID-19 restrictions.

Doctors successfully removed the majority of the tumor, apart from a small portion that was too close to her facial nerve to access.

Now, Emily is feeling in good health, adding: "I have started running again. I'm even going to do Brighton Marathon next year to raise money for BANA,

"Doing all of this during a nationwide lockdown has been quite surreal.

"At first, as I was home isolating and recovering in silence, the hearing loss didn't bother me, but now I can go out a little more, I'm getting a feel for what it will actually be like, so I'm hoping to get a hearing aid."

One good thing that has come out of this has been that Emily is finally rid of the anxiety that bothered her for a decade and is gradually weaning herself off her anti-depressant medication.

After all this, now Emily is set to raise more awareness about acoustic neuromas and make sure people take notice of unusual changes in their bodies, Emily said: "When I look back, it feels very strange - almost as if the past few months didn't really happen.

"I am so grateful to all the medical staff that have helped me. They are truly amazing and I can't thank them enough.

"It's nobody's fault that my tumour wasn't found sooner. They are rare, so it's understandable that it's not the first conclusion you'd jump to.

"But I want my story to encourage other people to listen to their bodies, push for a referral when they know something isn't right and, most importantly, stay positive."