Through Zoom Dads Adopt 17-Year Old Teenager Who Lived In 9 Different Homes Over 5 Years After His Mom Died: 'He's perfect for us'

Posted by Sama in Feel Good On 23rd May 2020
ADVERTISEMENT

Chad told Good Morning America, "The judge mentioned it was the largest Zoom adoption she had done to date." 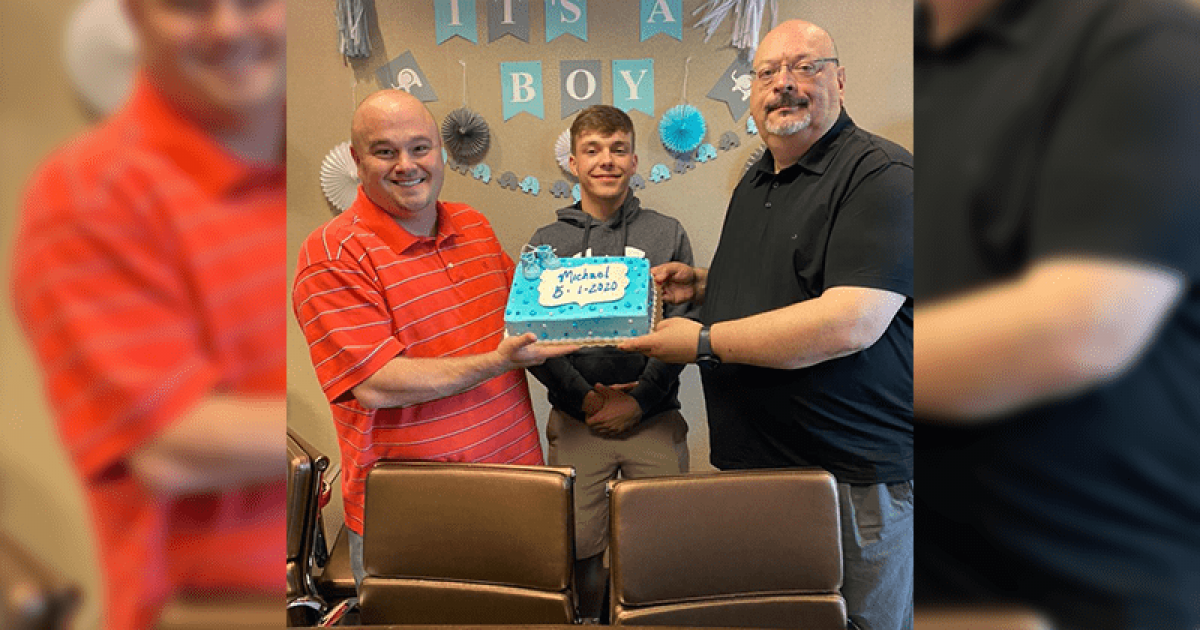 Chad and Paul Beanblossom have had hit a rough patch in life for the last few months and this pandemic has been extra tough for them as the couple lost their worldly possessions when their house burned down and Chad's lost his job during the pandemic crises.

However, even though all these crazy times, the couple got one got good thing out of this pandemic. Yes, Chad and Paul adopted their son, 17-year old Michael officially through a Zoom ceremony on May 1, 2020. 80 of their friends, family, and adoption specialists witnessed the special moment unfold online and virtually joined in on their happiness. 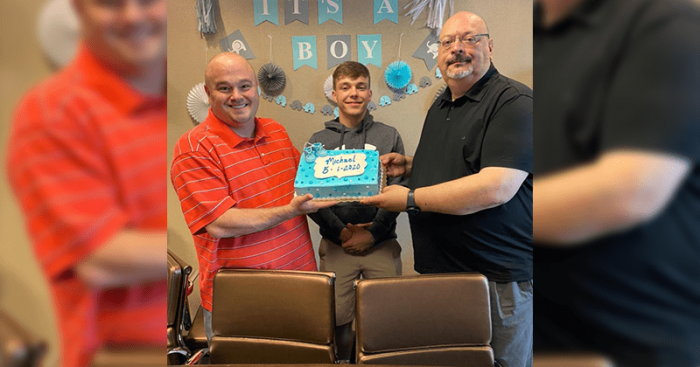 Chad told Good Morning America, "The judge mentioned it was the largest Zoom adoption she had done to date."

Originally from Pigeon Forge, Tennessee, Chad, and Paul have fostered Michel during a brief period in 2019. They also have a history of fostering other children too. But Chad and Paul formed a coonection with Michael, something which they couldnt deny. 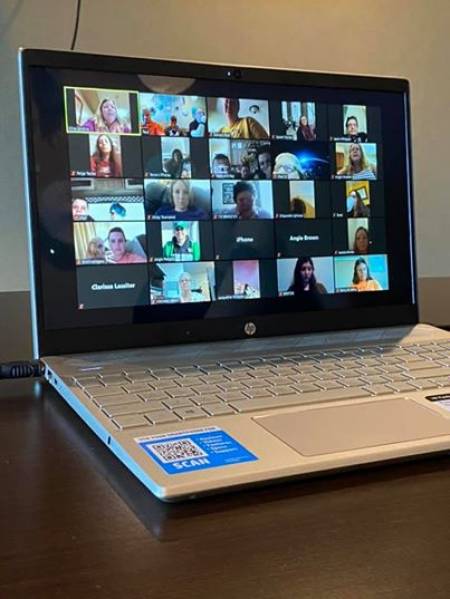 Chad revealed that the boy had lived in nine different homes over five years after he went into state custody following his mother's death. "When Mic came to us he was labeled a higher risk because he had ran [away] before ... but we never saw that kid," he said.

"He just kind of came in and took over our hearts. He's taught us just as much, if not more than we have him. Our whole world revolves around Michael," Chad added. 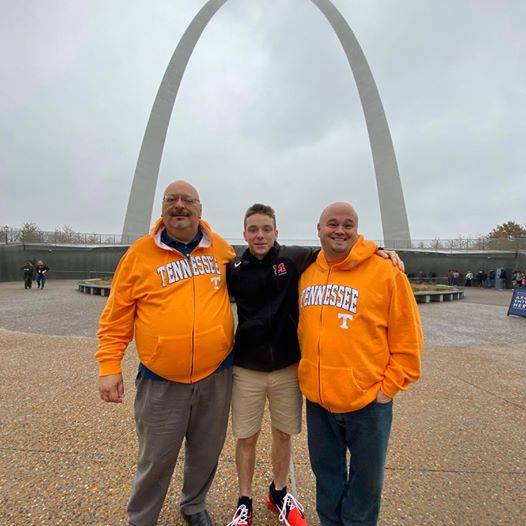 Chad and Paul have been happily married for 5 years now. They are grandparents to Paul's grandkids from his three biological children. When Michael asked the men to adopt him, they knew they all wanted the same thing. "It's really hard to imagine our life without him," said Chad.

Few days after the life-changing experience for the three men, the proud dad took to social media to pen down his emotions and wrote,"As I sit here tonight, the kid and husband are in bed safe and asleep. I’m reflecting on the last month-month 1/2 of our lives, and what a ride it has been. I was laid off due to Covid-19, Michael’s school year came to an abrupt end, and thankfully Paul was able to continue working. As life-altering as that was in itself, that was the calm of it all! We put our house on the market on March 31, and 3 days later on April 3, that house burned. We lost everything we had, with the exception of each other and our dogs. We were moved by the insurance to 3 different temporary housing locations until we landed in our "temporary permanent" apartment until our house is rebuilt." 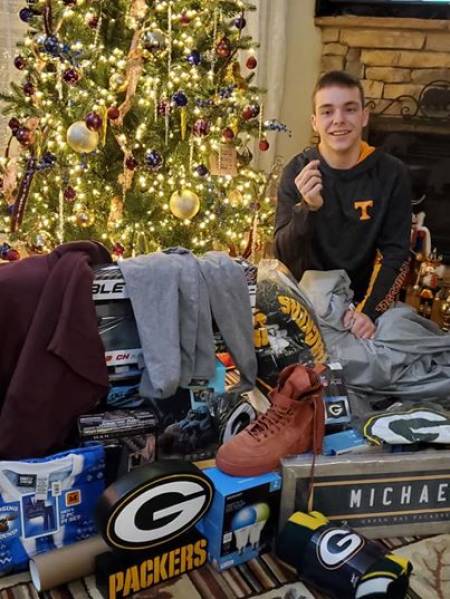 "Then on May 1, the silver lining came through. We adopted our son... he was "legally" ours but had been ours in our hearts from day 1. He may not be perfect, but he’s perfect for us. This young man has changed our lives so much (for the better) and I know that I have personally learned so much from him as well. The adoption was conducted via Zoom, and the judge said that it was the largest adoption that she had ever conducted via zoom," Chad continued.

He concluded his post with a warm thank you note, "I say this to thank all of YOU for being the amazing support system that we 3 needed. You all have been amazing; from donations to prayer to conversation. I know I’ve leaned on several of my besties and they’ve been amazing. I’ve messaged several of them to just get things off my chest. My family has been amazing, and I’ve leaned on them as well. So once again from our family, we want to thank each of YOU, and lift you up for all of your amazing support!" 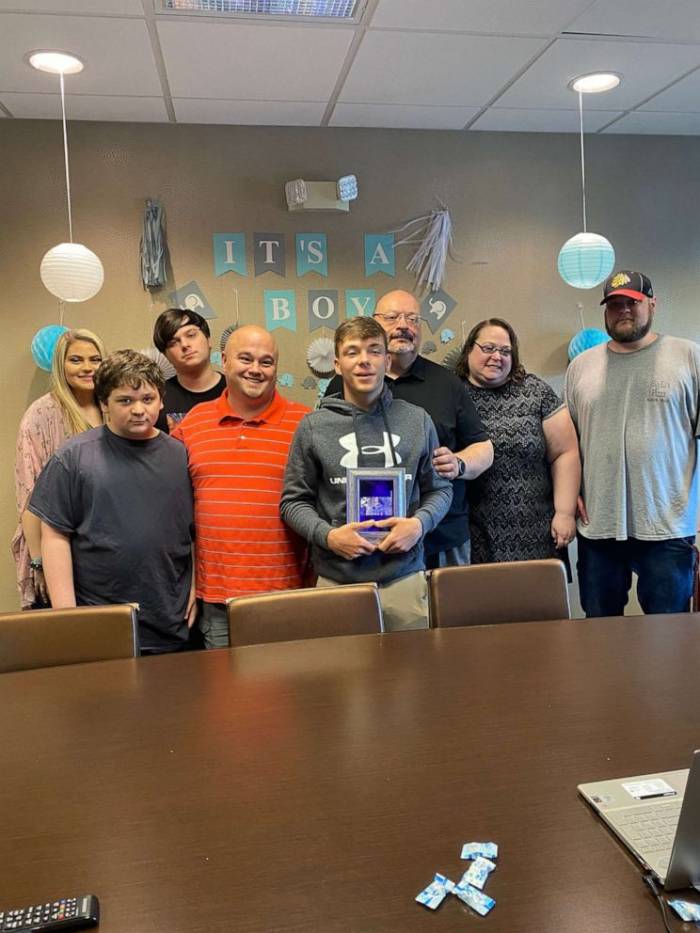 Speaking of Michael's dads, Allyson Sayne—family services worker at the Tennessee Department of Children Services— said, "Paul and Chad Beanblossom have been great at advocating for Michael and giving him opportunities that he may have not gotten otherwise. This family had to undergo a tragedy of a house fire a month before Michael’s adoption, but they focused on the fact that they had each other and didn’t let it affect Michael’s adoption. Michael and his parents' main worry was being able to stay together. I am so happy for Michael, Paul, and Chad and am excited to see what the future holds."