Posted by Annie N. in Entertainment On 30th November 2021
advertisement

Island Boys of internet fame tried to take their act off TikTok and into the real world but were booed off stage at a club they were performing at. People on TikTok continued the roasting online while some believe the backlash is too harsh. 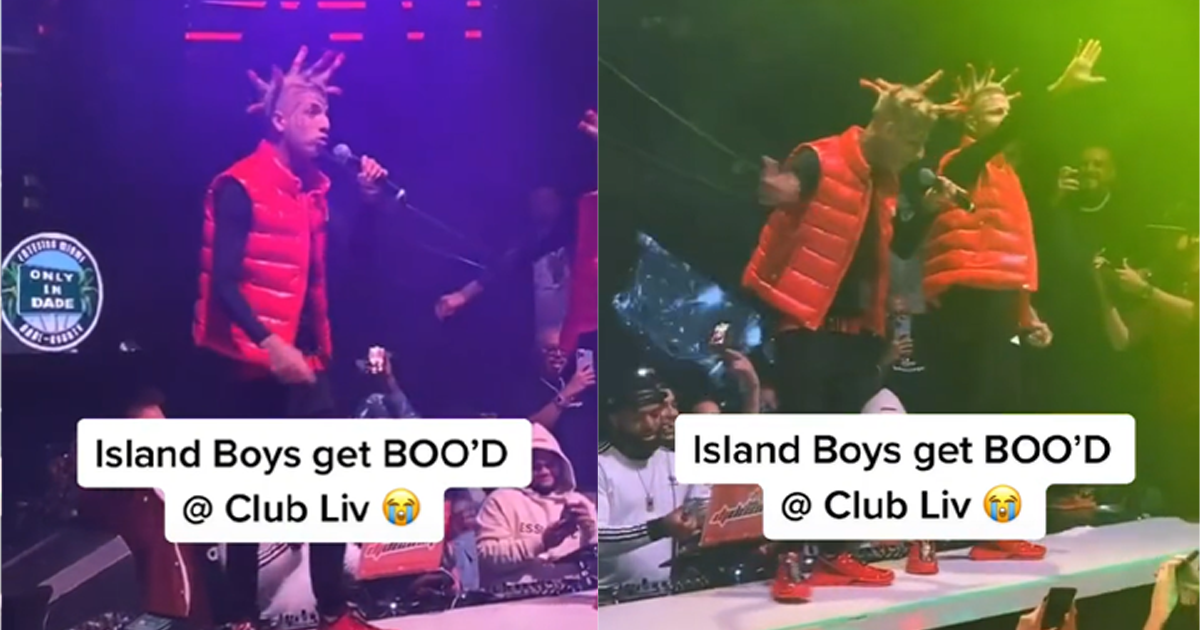 Island Boys is the new internet sensation in all the worst ways. The TikTokers, seeing the success of their video decided to bank on that fame and bring their talents into the real world to disastrous effect.

Their ‘music video’ features them sitting in a pool singing their famed song ‘Island Boy’ which features lyrics such as 'I'm tryna be out with all the greatest, I'm a lil' Florida boy' and 'It get real damn tropic, I'm like damn I'm the topic, I'm an island boy, I put my vest on, yeah.'

Alex and Frankie Venegas who are known as Flyysoulja and Kodiyakredd wanted to take their act to the next step but things didn’t quite work out in their favour.

As they take to the stage, the boos and jeers have already begun. People begin laughing at them but the boys are unfazed and stay committed to their act.

Not only were they roasted while they were on stage, they were even mocked on TikTok for their actions.

People even wondered why people bought tickets in the first place

This user compared them to COVID continuing the online heckling

This user pointed out that their boos didn't matter since they had already cashed their cheques.

Others wondered why they weren't given any production values.

The lack of background music was also jarring

The dissonance between real life and TikTok was also jarringly obvious

Others thought the entire situation was sad

Others thought the amount of backlash was unwarranted

Most just did not enjoy the performance itself

One user wondered whether they had sold their souls but to a low-ranking demon.